all artworks courtesy of the artist 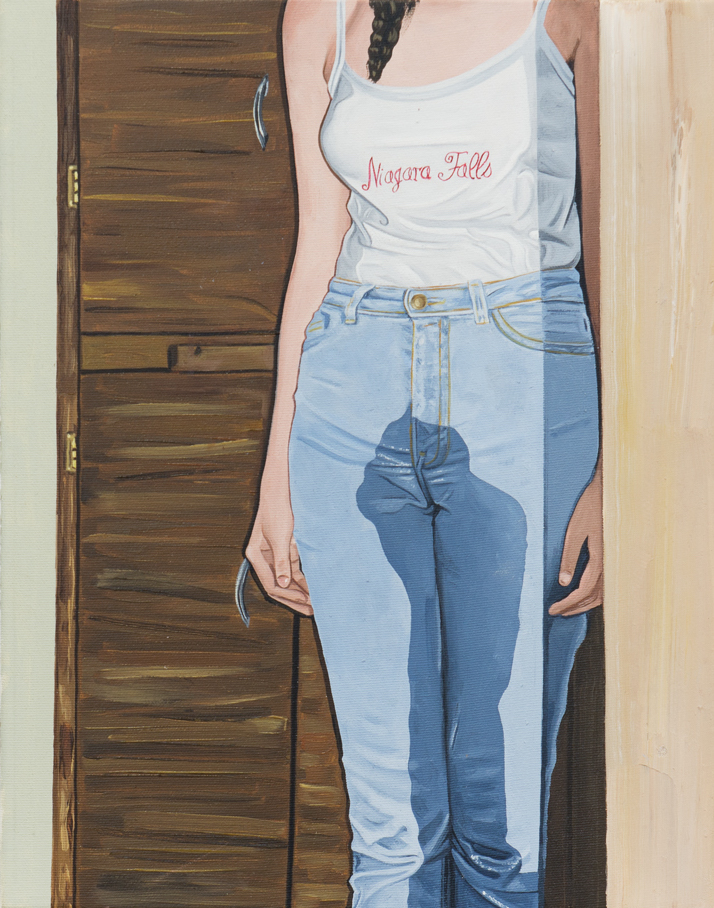 OLIVIER ZAHM — As one of your pictures says on Instagram, you love your wife. What role does she play in your work, besides being photographed by you?

BRAD PHILLIPS — It’s hard to define what role Cristine Brache plays in my work. The word “muse” is sexist and archaic, and I can’t stand when people use it. I’ve painted her a few times, photographed her a lot more. I think more than anything, Cristine is a really good artist and writer, and I think being exposed to her brain and the way she makes her own work has influenced me in small ways. Her work is very nuanced and subversive. If anything, I think that being around her has just challenged me to step my game up and experiment more and make better work.

OLIVIER ZAHM — Dear Art World, you broke my heart? Let us know why and when?

BRAD PHILLIPS — It’s kind of a joke. I sort of disappeared for a few years, between 2010 and 2013. When I came back, things were so different. I learned really quickly that in art, you have to keep your name circulating. You’re not allowed to take a break or vanish for a few years. So, when I came back in 2013, I sort of had to start from scratch again.

OLIVIER ZAHM — Do you like painting? What kind, and why?

BRAD PHILLIPS — I like really a very small amount of painting, and maybe 1% of paintings being made now. I’m pretty much obsessed with certain works made in Europe between 1895 and 1915. That’s the golden period of painting for me. I like that painting is a way to articulate emotions and ideas that language isn’t sufficient to communicate. I really can’t stand the process of making my own paintings, but I like them when they’re finished. Painting is a necessarily masochistic act.

OLIVIER ZAHM — Are all your paintings influenced by sexual life?

BRAD PHILLIPS — No. Outside of a show I had at Bjarne Melgaard’s gallery in Oslo in 2015, which was entirely about my own sex life (at Bjarne’s request that I make the “most perverted show” possible), maybe 5% of my total output as a painter has anything to do with sex. I think those paintings are just given more attention as few people make work about sex. But I don’t think of my work as being sexual. My work is about my life, and some of my life is about sex.

OLIVIER ZAHM — How often do you leave your apartment?

BRAD PHILLIPS — Not very often. I go to the store to buy cigarettes and Gatorade. I go to a traditional Chinese massage place twice a week. Cristine and I go to a movie or dinner once in a while. We went to the horse track on the weekend to bet on horses. I don’t go to art openings or anything like that. Both of us are pretty into staying inside. We go to the park when it’s nice, but mostly we tend to stay inside. Outside is noisy and crowded, and too many people are walking little dogs or riding their bikes on the sidewalk. 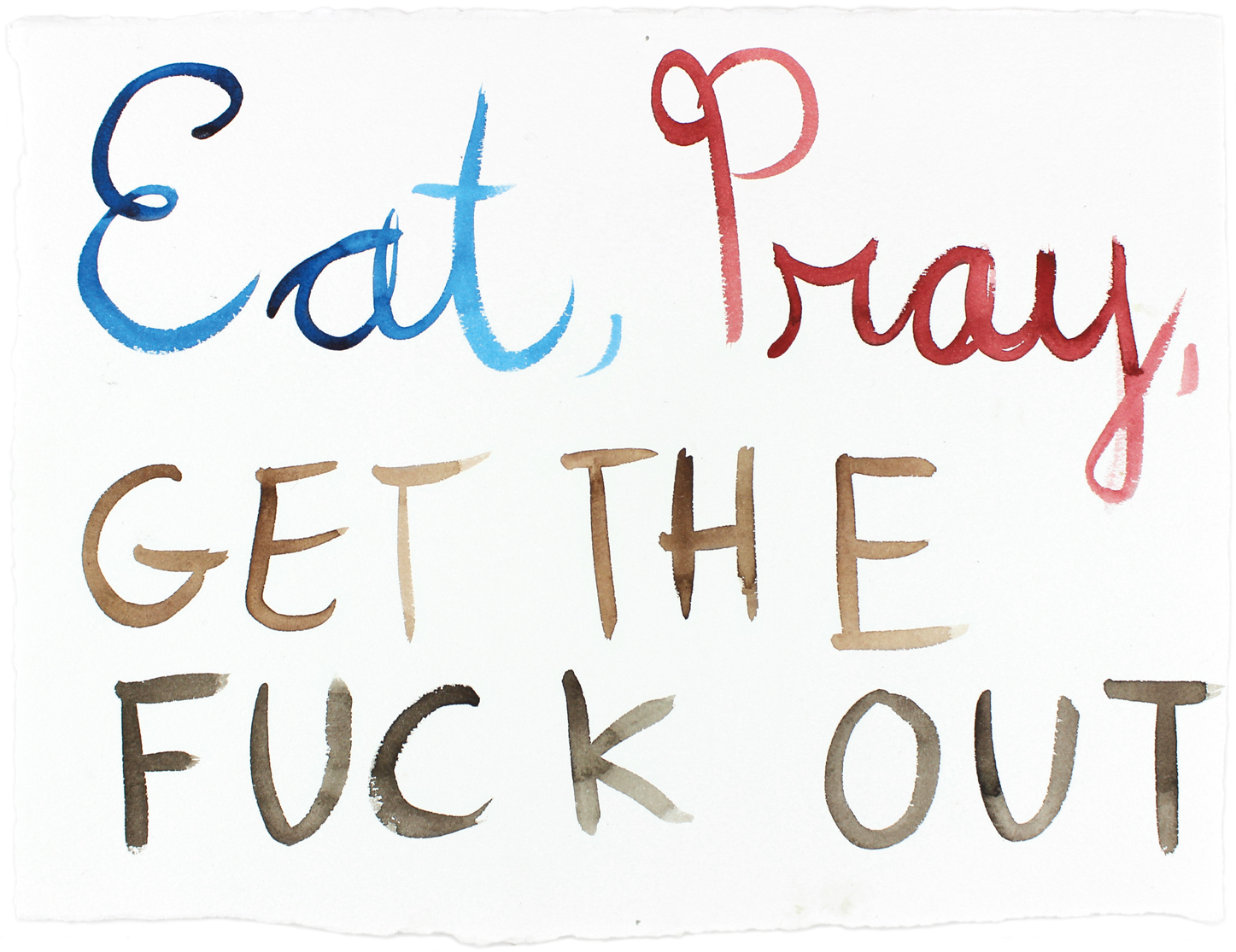 OLIVIER ZAHM — Why are you married?

BRAD PHILLIPS — I’m married because I’m an old-fashioned romantic. Because the way I feel about Cristine, calling her my girlfriend just doesn’t relay how I feel about her emotionally. I like the idea of the piece of paper. I like the idea of our relationship being certified by the government. Of being legally united. Of being a team. Marriage is intense and complicated and spiritual, and that all appeals to me.

OLIVIER ZAHM — Are you influenced by fashion or fashion photography, or not at all?

BRAD PHILLIPS — Not at all.

OLIVIER ZAHM — Do you think a painting can be funny?

BRAD PHILLIPS — I fucking hope so. I try to make funny paintings all the time. I just made a watercolor that says, “One man’s garbage is pretty much always another man’s garbage, too.” I think art that’s funny is challenging to make, and I try to do it to balance some of my work that can be dark or bleak.

OLIVIER ZAHM — It seems clear on your Instagram that you are painting photos you have taken. But do you exhibit the photographs, too, and consider them part of your work?

BRAD PHILLIPS — No. The photograph is just a tool to make the painting. But I don’t just paint random photos I take. I take the photograph as a source for the painting. I think that certain photographers solved the problem of photography: people like Lee Friedlander and William Eggleston and Diane Arbus. Art is problem-solving to me. I love photography as fashion or design, but I don’t think it functions very well as art anymore. Flickr is an amazing place to see people with obscure fetishes posting photos as part of a community. I’ve shown photos a handful of times, but they always had a conceptual relationship to the paintings in the same show.

OLIVIER ZAHM — Did anyone care about your work before Instagram?

BRAD PHILLIPS — Jesus. Yeah, I mean I’ve had a very prosperous career basically since I started out in 2002. I think the only difference with Instagram is that now people seem to care or be interested in me, some cult of personality, but before Instagram, yeah, I was showing my work all the time, selling it and getting lots of press. I’ve been doing this for a long time now. 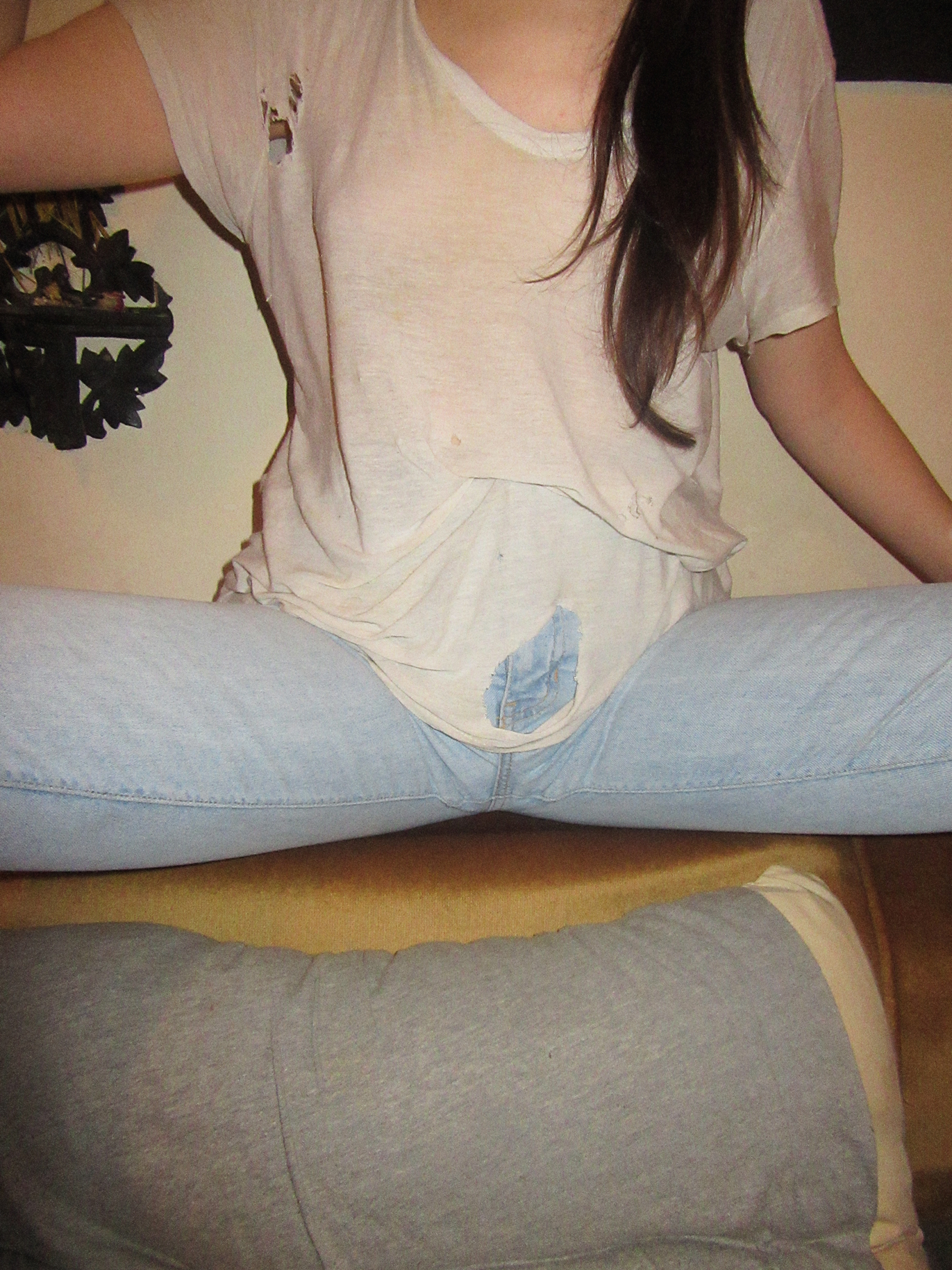 OLIVIER ZAHM — How would you describe your fake business card? What do you want to say with them? Are you making fun of people who have real jobs, or what you see as “fake” jobs?

BRAD PHILLIPS — I’ve never had a real job really, and I’d never make fun of someone who did. The business cards, you can get 100 for $25. I was just trying to push appropriation art a bit further than I’ve seen done. It’s one thing to appropriate a corporate logo, but I think it’s more interesting to also appropriate the job. To pretend you’re an editor at Penguin Books. I’m really into fraud — Clifford Irving’s fake
biography of Howard Hughes, JT LeRoy. For me, art and criminal con-art aren’t much different. In both, you’re creating a false and increasing value for something that has no inherent real-world utility. Both just involve confidence and asserting that you’re important, you’re to be taken seriously. It’s all a joke, really. I like fucking with people’s idea of who I am. My bios for shows are almost always fake. I say I live
in Jamaica or was born in a different year than I was. People are gullible, so I like fucking around with that.

OLIVIER ZAHM — And what about the letters?

BRAD PHILLIPS — The letters are the same deal. I wrote these fake cease-and-desist letters from the companies I was appropriating with the business cards. Penguin Books, CAA [Creative Artists Agency]. I can’t
believe how many people think the letters are real. In each one, the last paragraph kind of gives it away. But people are so ready to believe what they see without really being critical. It’s just a different way to
push the envelope of appropriation art and to manipulate people’s perceptions of who I am.

OLIVIER ZAHM — You mentioned Richard Kern as a friend on your Instagram. Did Richard also influence your work?

BRAD PHILLIPS — I’m pretty sure Richard’s my friend. He took me to Soho House once. But no, Richard’s work is so different from mine. He can shoot anyone. I’ve only ever made images of people I’m in love with or have deep feelings for. I could never make a painting or photograph of a model or stranger.