the resources of nudity
hacking the system

interview by XERXES COOK
all artworks by MARÍA FORQUÉ 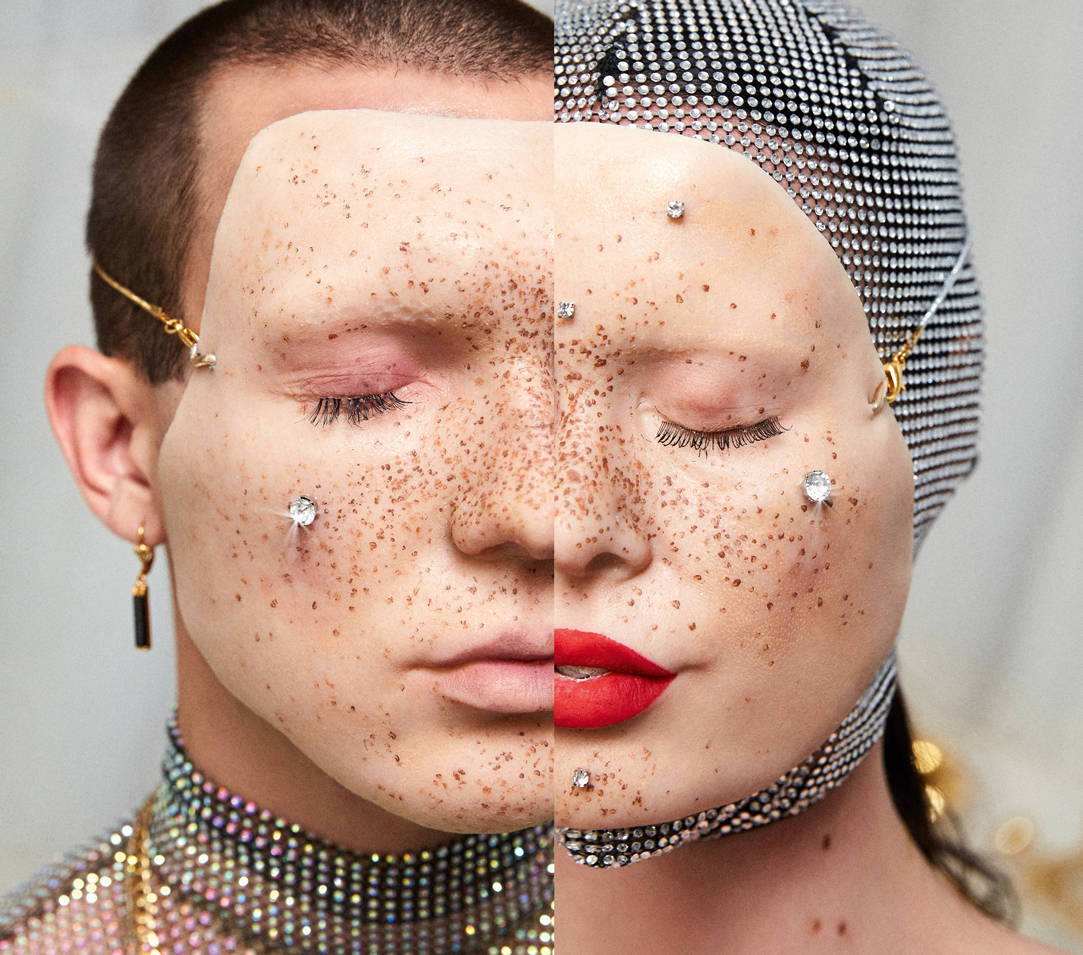 XERXES COOK — Have you always been an exhibitionist?

MARÍA FORQUÉ — I was always a funny, hyperactive girl. I used to record myself singing or drawing. When I was 14, suddenly I turned into a woman — literally over the course of one month. I went back to school after the summer as a super-hot woman, with really big breasts, and my lips had grown, too. My school was very strict, religious, and everyone told me to cover up and wear big, baggy clothes. I was really impacted by this change in how the world saw me. Before, I was a normal girl, and everyone treated me as such, and then suddenly I was treated as a sexual object. At first, I enjoyed it because I received a lot of attention from the boys, but soon I developed anorexia, anxiety … mental issues. I became very, very thin. I wanted to disappear. 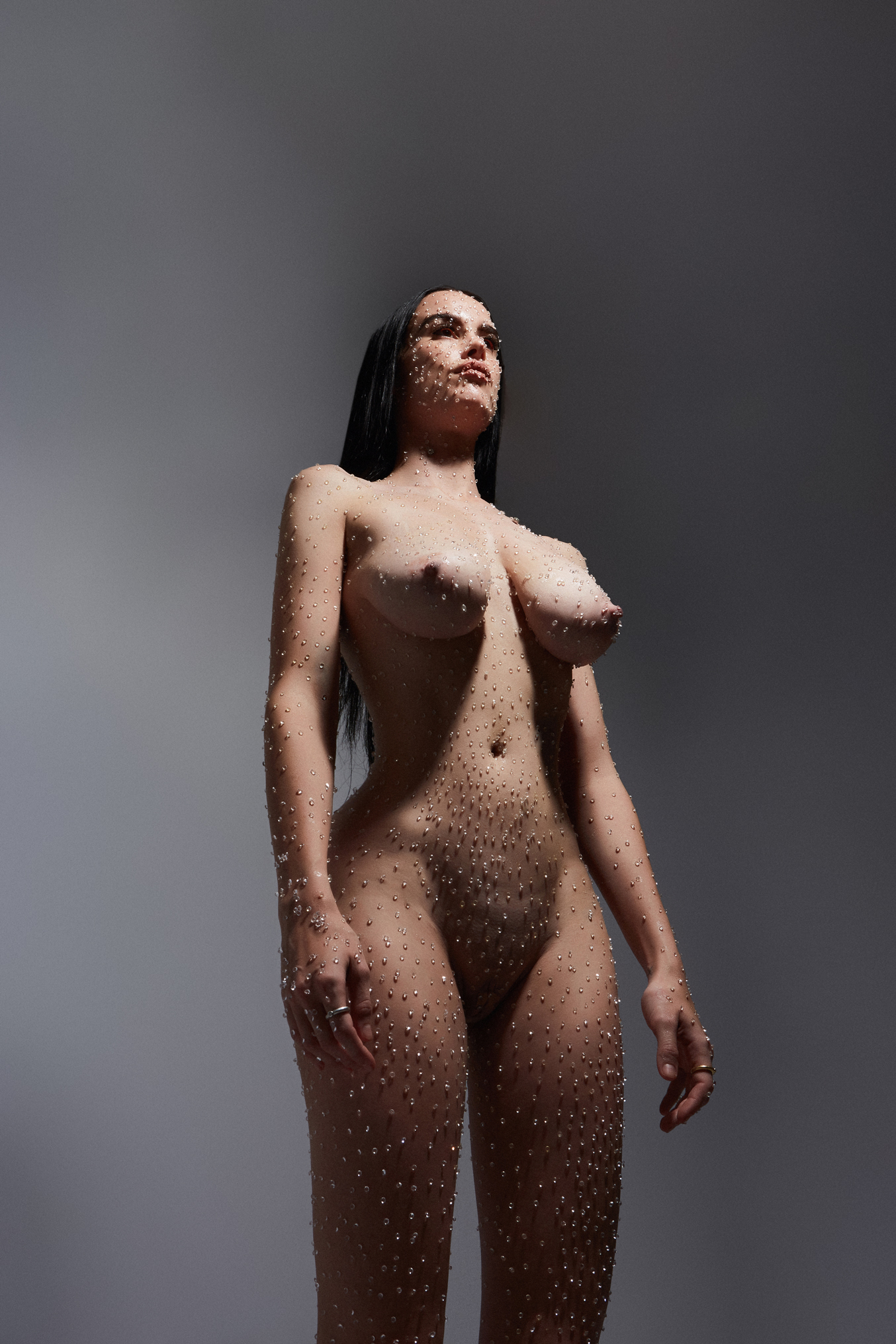 XERXES COOK — How did you get out of it?

MARÍA FORQUÉ — A few years later, I fell in love with a crazy performance-artist who made me love my body and my breasts, as up until then I had kept them covered. He also got me involved in performance art. I started to connect with people who explored nudity in their work. I went to New York to an artists’ residency where everyone was naked. It was my first experience of a nude community. Surrounded by naked people, all in our natural state — by the third day, you didn’t care about dicks or breasts. You just cared about the person. It healed me a lot. I started to see the body again as something beautiful and not something dark.

XERXES COOK — What do you want to say with your body?

MARÍA FORQUÉ — I create live installations with the body. As I stay totally still, it’s an installation and not a performance. I work a lot with meditation and explore changes of consciousness. Being still focuses your senses. The concept is the aesthetic. It’s information for your eyes. The eye wants to be pleasured. I like to provoke eye-orgasms. It doesn’t matter if people don’t understand this at first. But to me there is always a deeper meaning.

XERXES COOK — Which of your works are you most proud of, or consider to be the most successful?

MARÍA FORQUÉ — I always instantly forget the works I have done right after I’ve done them. My favorite is the one I’m preparing now, where I’m going to cover my body, face, and hair in a suit of LED lights and suspend myself in a water tank for an hour. It’s a piece that is intended to represent the soul.

XERXES COOK — In some of your works, such as 1por1, in which you’re wearing a hyper-realistic mask of your face on top of the Gucci chain-metal bodysuit, I see a dialogue between the organic and the robotic. Is this a comment on a trans-humanist future?

MARÍA FORQUÉ — I’m a perfectionnist. I always want every detail to be perfect. A cyborg, too, loves perfection. 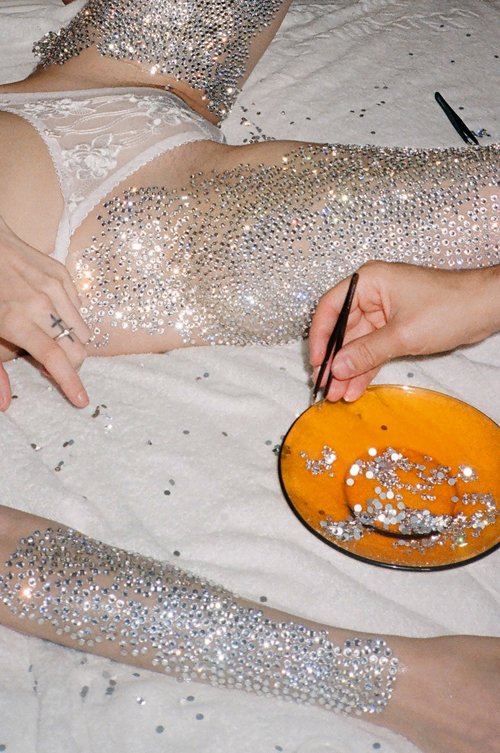 XERXES COOK — You hacked the Apple Store in Madrid to load up videos of your near-naked body spinning 360 degrees onto the screens of the phones, tablets, and computers displayed in-store.

MARÍA FORQUÉ — 1por1 was born to be a digital-art terrorist. Its first act was to be on every computer, iPhone, and screen in the city. It started at the Apple Store.

XERXES COOK — Why did Instagram close your account? Was it when you spent two weeks posting images in your stories of three-breasted women from popular culture, à la Total Recall?

MARÍA FORQUÉ — They clearly didn’t like the three boobs!

XERXES COOK — It seems like you’re goading these tech giants, Apple and Instagram. How did that make you feel when they got their revenge?

MARÍA FORQUÉ — At first, it brought up those same feelings I had when I was younger of being rejected by people. It’s really frustrating to spend three years making art for a platform that in a second censors my nipples and my art.

XERXES COOK — But don’t you methodically want to provoke reactions?

MARÍA FORQUÉ — I like to push limits. Nudity is the future. Becoming more comfortable around the naked body would signal a higher sensitivity and understanding of ourselves, and a possible evolution of consciousness.

MARÍA FORQUÉ — I want to make an EP of hard-core healing music and to play it at a macro-discothèque like Fabric in London wearing nothing but a thong.