unsaturated art
the exhibition is the art
ignorance about art

ALL ARTWORKS COURTESY OF THE ARTIST
COPYRIGHT ADAGP, PARIS, 2017 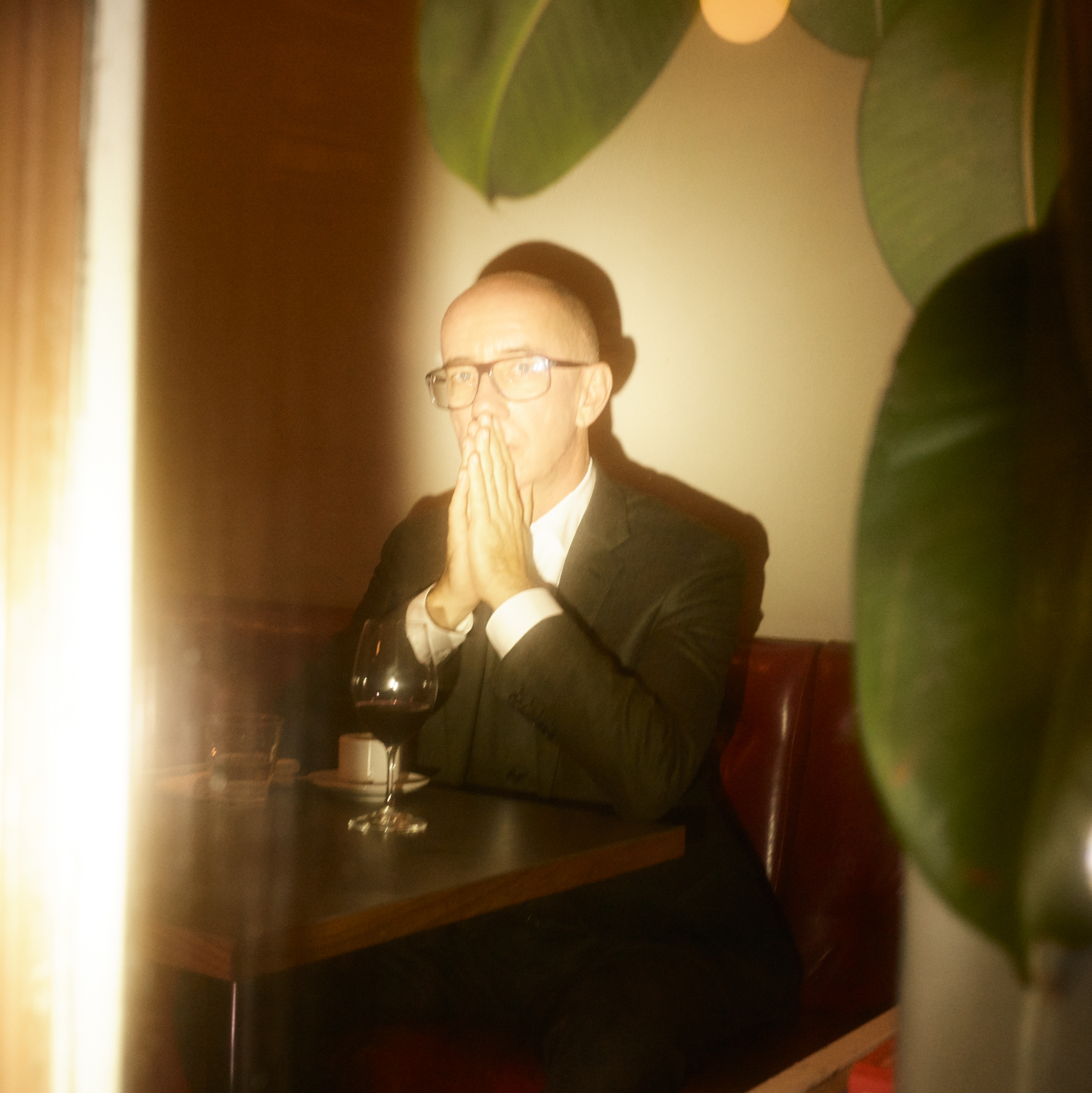 OLIVIER ZAHM — What do you learn from observing birds?

CARSTEN HÖLLER — I learn some things about their behavior by observing them and ringing them and keeping them, and also something about their taste by eating them. But, really, I mostly learn that I don’t understand anything about them. How is it to be a bird? I have not the faintest clue. I think that in my brain there might be some parts that are relics from a common ancestor and that respond especially to birdsong, as I always feel that the sound of birds tickles my brain. Or it’s something to do with suppression, unfulfilled desires, a manifestation of the hopeless attempt to give love and be loved. Being somnambulistically half-aware of it, I direct it to the unreachable bird that flies away when you come too close. The impossibility of uniting. Perhaps even the unwillingness to do so. Ask my shrink, if I had one. 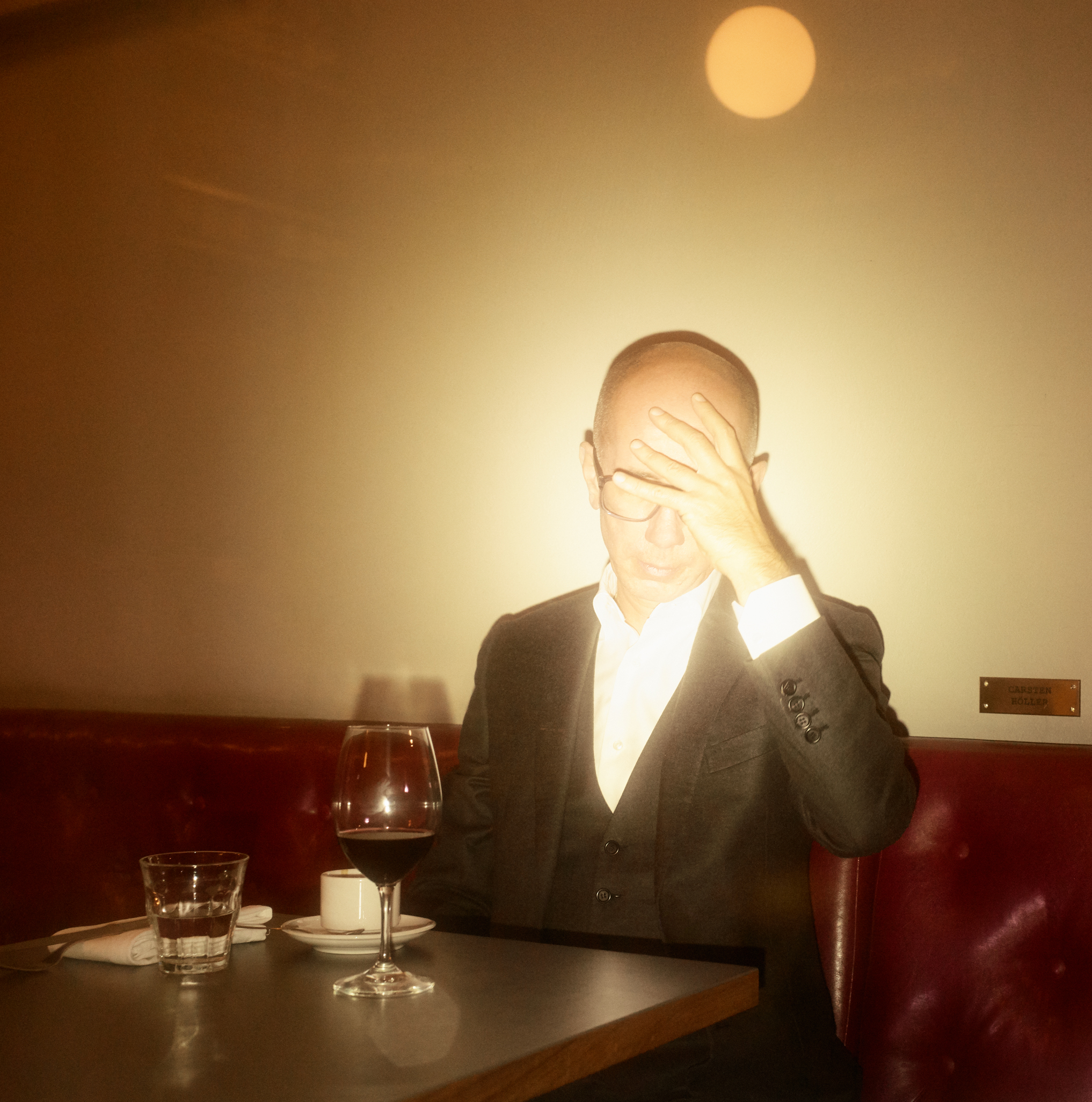 OLIVIER ZAHM — What do you love about dangerous mushrooms, like the fly agaric?

CARSTEN HÖLLER — Mushrooms want to tell us — or something other than us — something, I think. Birds seem to have a purpose in all they do. But mushrooms are purposeless, apart from being the fruiting bodies of a much, much larger underground life form that needs to spread its spores with the wind. So, why all these forms, colors, ingredients in mushrooms, some of them extremely toxic and some very pleasant to the human palate? It’s not about communication and not about self-defense in most cases, as far as we know. It’s either truly without purpose, which I would find astonishing, like evolution just playing around (as changes do occur, must occur), or there’s something going on there that is happening beyond the reach of the human mind.

OLIVIER ZAHM — Do you believe more in science or fiction?

CARSTEN HÖLLER — Science is a thing from the past. I used to love the rigor of science when I was a scientist myself, but I also understood that it’s all based on assumptions that you set at the beginning. Like in religion, or philosophy, or whatever. You set your assumptions, and from there on, you can dwell far into hypotheses and explanations. I would find an approach full of doubts and without a preliminary set of assumptions far more adequate to explore today. Is that fiction? 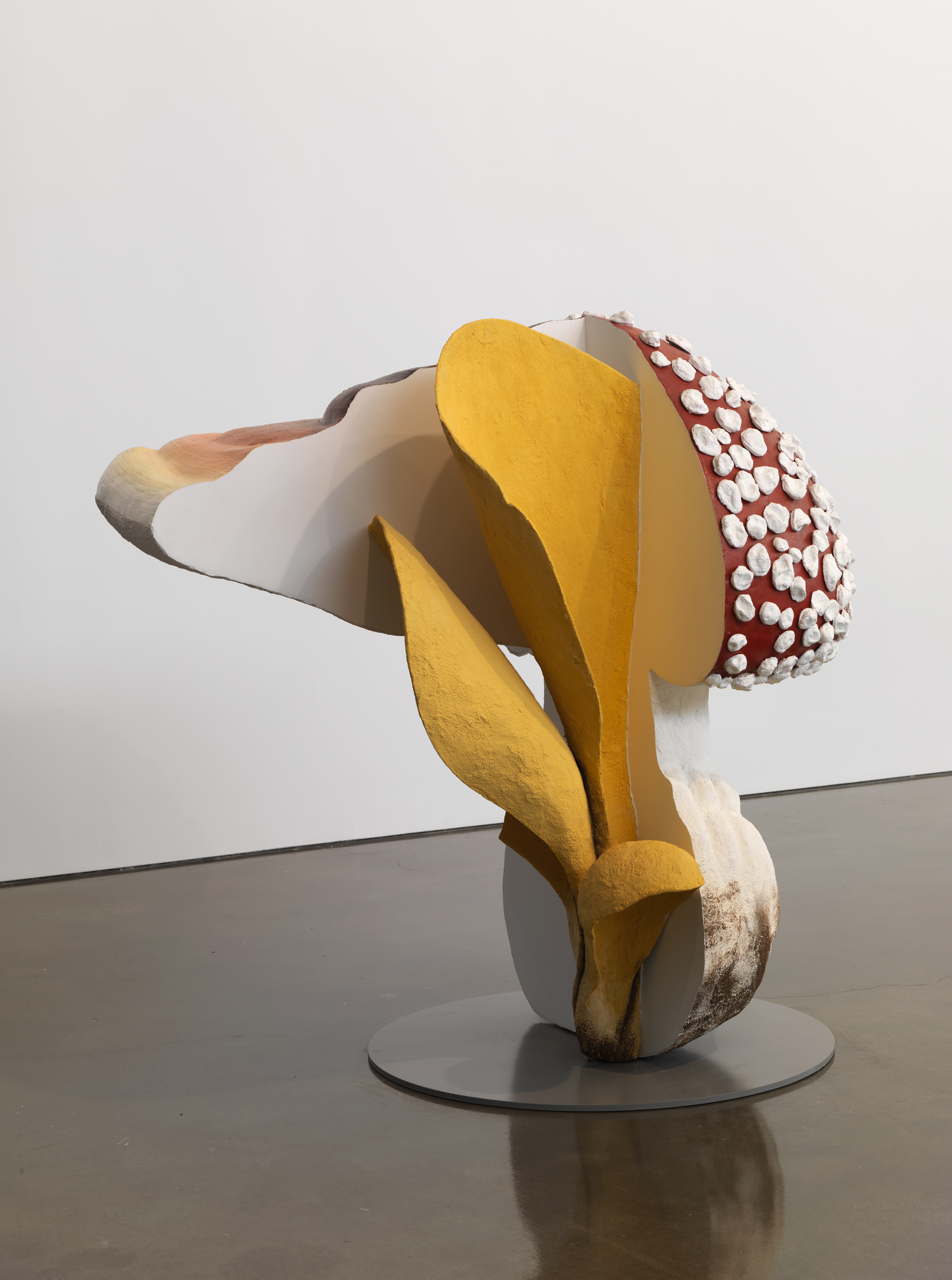 OLIVIER ZAHM — What do you hate and what do you like about the art world?

CARSTEN HÖLLER — I just think it has become so fat that it’s having difficulties moving. Obesity  slows down the motion. But there are so many different art worlds. If you see it as being one big fat monster, it’s a problem, but it’s a linguistic problem. We need new words for the other art worlds that are not the art world that you and I mean. We don’t call all sports “sports,” to give an example; there’s a big difference, in terms of public interest, between handball and football. We need more words for art, too. Before, there were trends or movements, like Cubism. You, Olivier, in your book Une Avant-Garde sans Avant-Garde [An Avant-Garde Without Avant-Garde], have made a good point in pointing out that it is not like this anymore. True. But there is what I call saturated and unsaturated art — these terms were coined with Daniel Birnbaum. I like unsaturated art. I think there will be more art beyond objecthood; this is the title of a book by James Voorhies. I am strongly against the predominance of the saturated, singular art object, as mostly shown in art fairs and galleries. I am for art where the exhibition is the art, and where exhibitions have the quality of public places. I am for art that is built up like a setup for an experiment, and where the outcome is uncertain. I am for art that produces experiences as opposed to art that expresses ideas from an artist, and I am for art that not only involves the visitor, and which is often called participatory art, but that also lets you see other visitors being involved, or where the degree of involvement is unclear. In short, I am against the role of the artist as the sole author of the artwork. This “artist sits in his studio and makes artwork to be shown in an exhibition” model of the art world is so tiring. 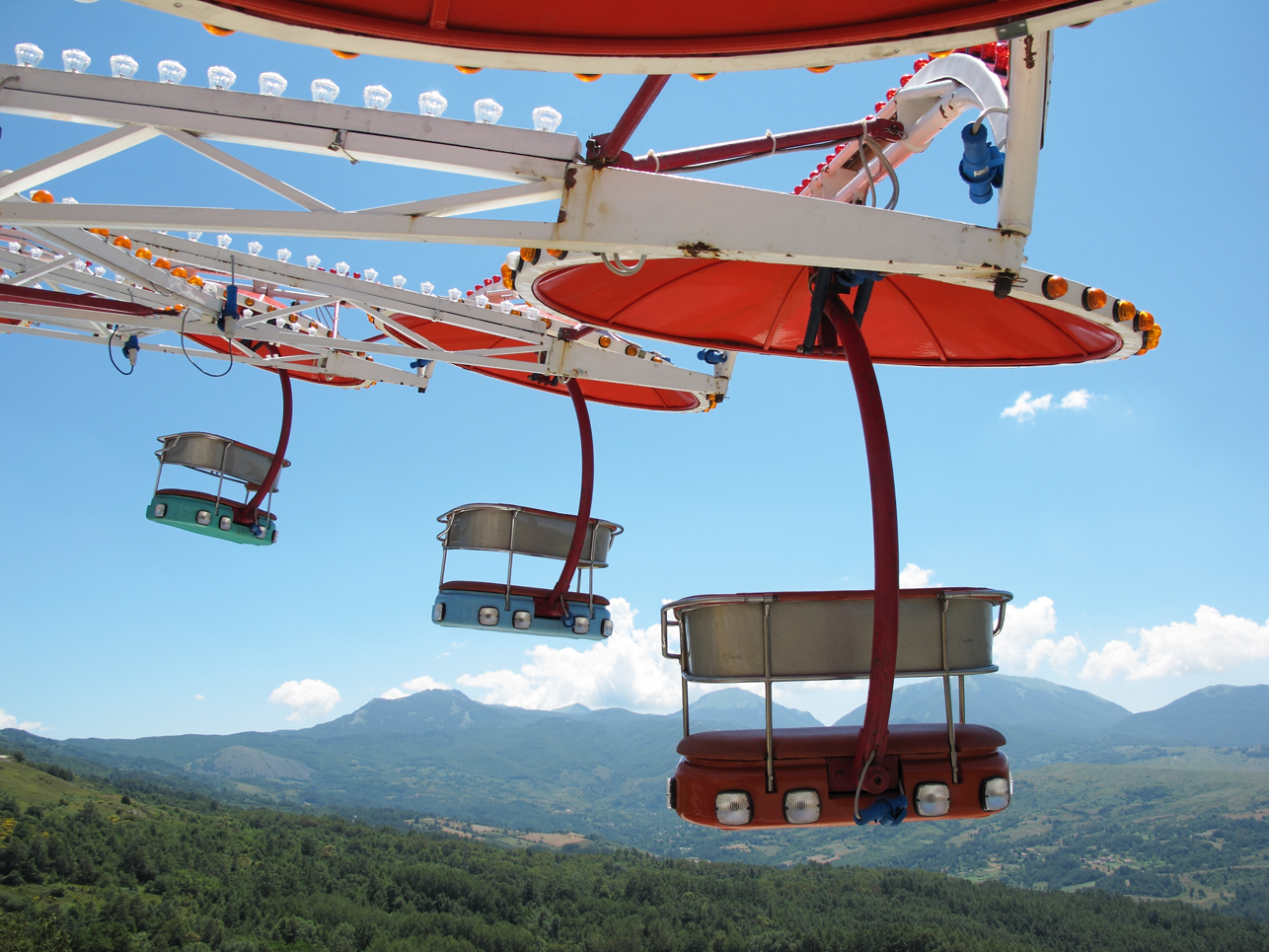 OLIVIER ZAHM — Is there a difference between life and art for you, or do you think art is just a specific, privileged form of experiencing life?

CARSTEN HÖLLER — Yes, I think there is! In life, we all do things in common, but as an artist you do apply a certain language, which is the language of art. At the end of the day, art is a form of communication, like literature or politics. Specific rules apply, even if in art they’re meant to be overthrown, perhaps, but that’s a rule, too. The really interesting question may be what life is, as art is obviously a small outcome of the large domain of life. If you look at it, there’s no answer to what life is… It’s, like, the biggest mystery of all. [Denis] Diderot speculates in D’Alembert’s Dream about the life-inducing factors, temperature and movement, that change a fertilized but “pre-alive” egg to something truly alive, with eventually the hatchling leaving the empty eggshell. How incredible is that — we know about our aliveness and the life of other organisms … but we have absolutely no idea of what this, life, is? Is that what the mushrooms are speaking about? With Daniel Birnbaum and Jo Widoff, I curated an exhibition at Moderna Museet in Stockholm in 2016, where we wanted to examine whether art can somehow embrace and canalize our inability to understand life. I think the title of the show says it all: “Life Itself. On the Question of What It Essentially Is; Its Materialities, Its Characteristics, Considering That the Attempts to Answer This Question by Occidental Sciences and Philosophies Have Proven Unsatisfactory.” 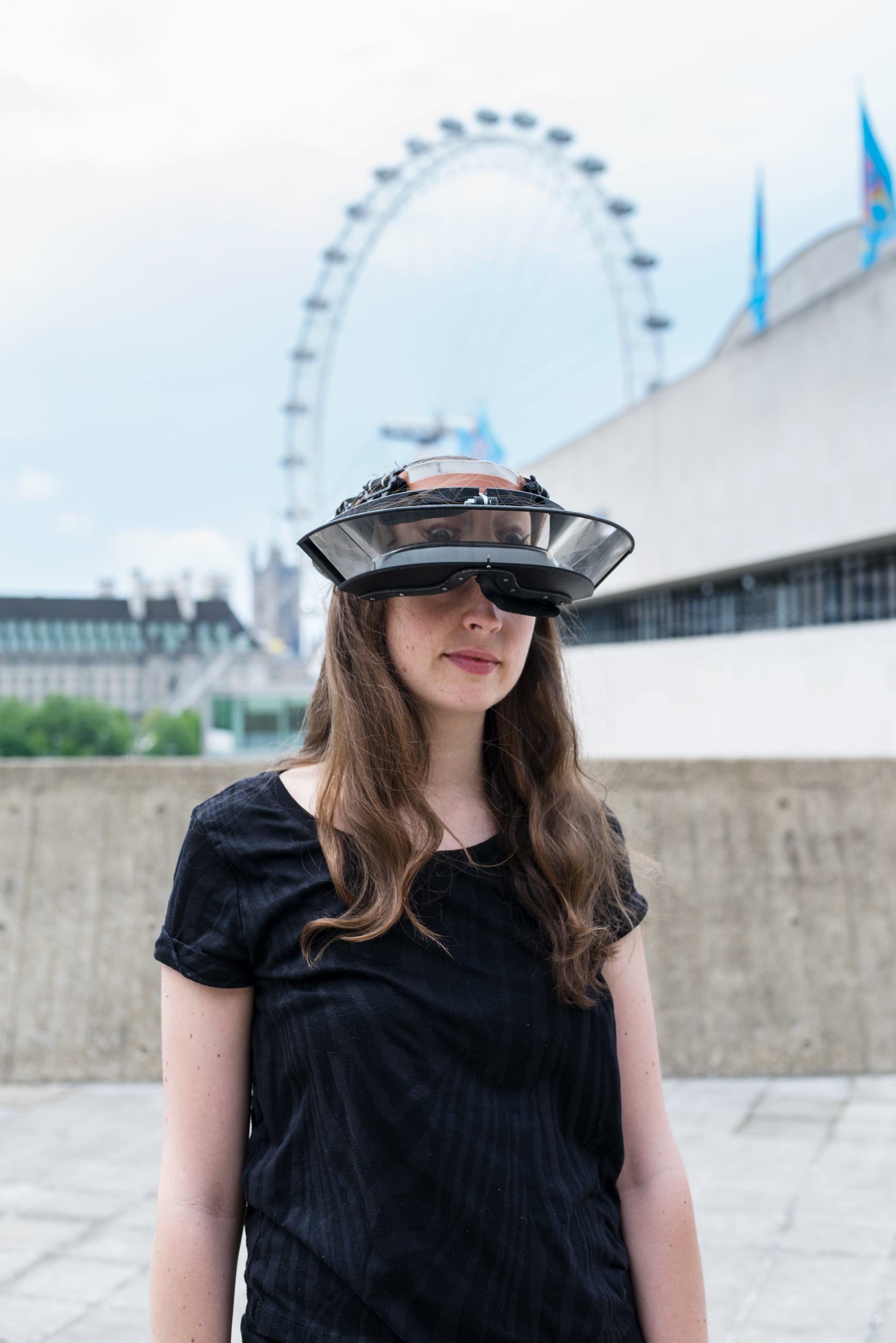 OLIVIER ZAHM — Could you tell me how your experience of being a father — you have a teenage daughter and a five-year-old son — informs your art and transforms it?

CARSTEN HÖLLER — Well, that’s a big question. As you know, my first artworks were about Killing Children (1991-94), as the series was called. I made children’s rooms with pink carpets, and all the toys lying around were harmful traps. There is also a film, Jenny (1992), where I present 10 different methods on how to capture, torture, and kill children. I mean, I was still a phytopathologist until 1993, and these works resulted from my interest in evolutionary theory, which I think has still not made it into mainstream thinking — it would be of great help sometimes, as it is generally speaking the best theory we have to explain human behavior. However, I became a father in 2001 and in 2012 again and had to somehow reconsider my attitudes… I still feel tricked by my own feelings about my kids, as I cannot say that they are a product of free will. It’s as if the human mind says, “Stop there, don’t think any further, these little things are so cute.” Yes, they are, but so what? My main criticism is: Why am I directing these benevolent feelings mainly toward my own children and less so toward other kids? Why is it so hard to think about the meaning of having kids, when their presence makes even highly intelligent people turn dumb? I would say it’s a remarkable proof of the limitations of our mental capacities and of the functionality of it all. I am still involving kids in my work in some way, but I am much nicer now — or maybe not, just more subtle. I have recently done “kid-friendly” sculptures where I take advantage of their will to play and their ignorance about art. Not so kid-friendly, in the end, as the kids of other people crawling around in, for instance, Dice (2014), become like maggots in cheese, like the moving elements that animate an otherwise lifeless object. 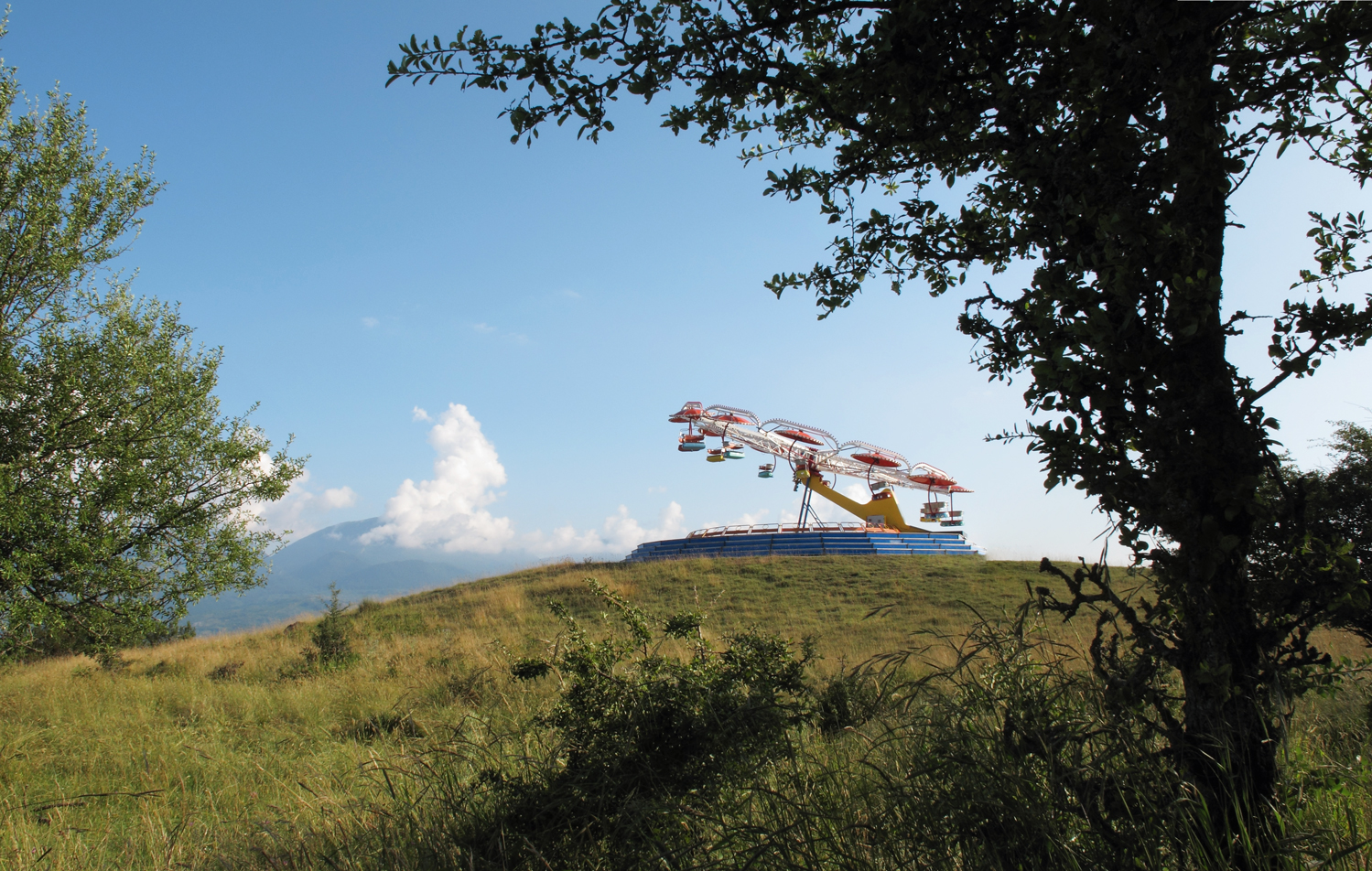