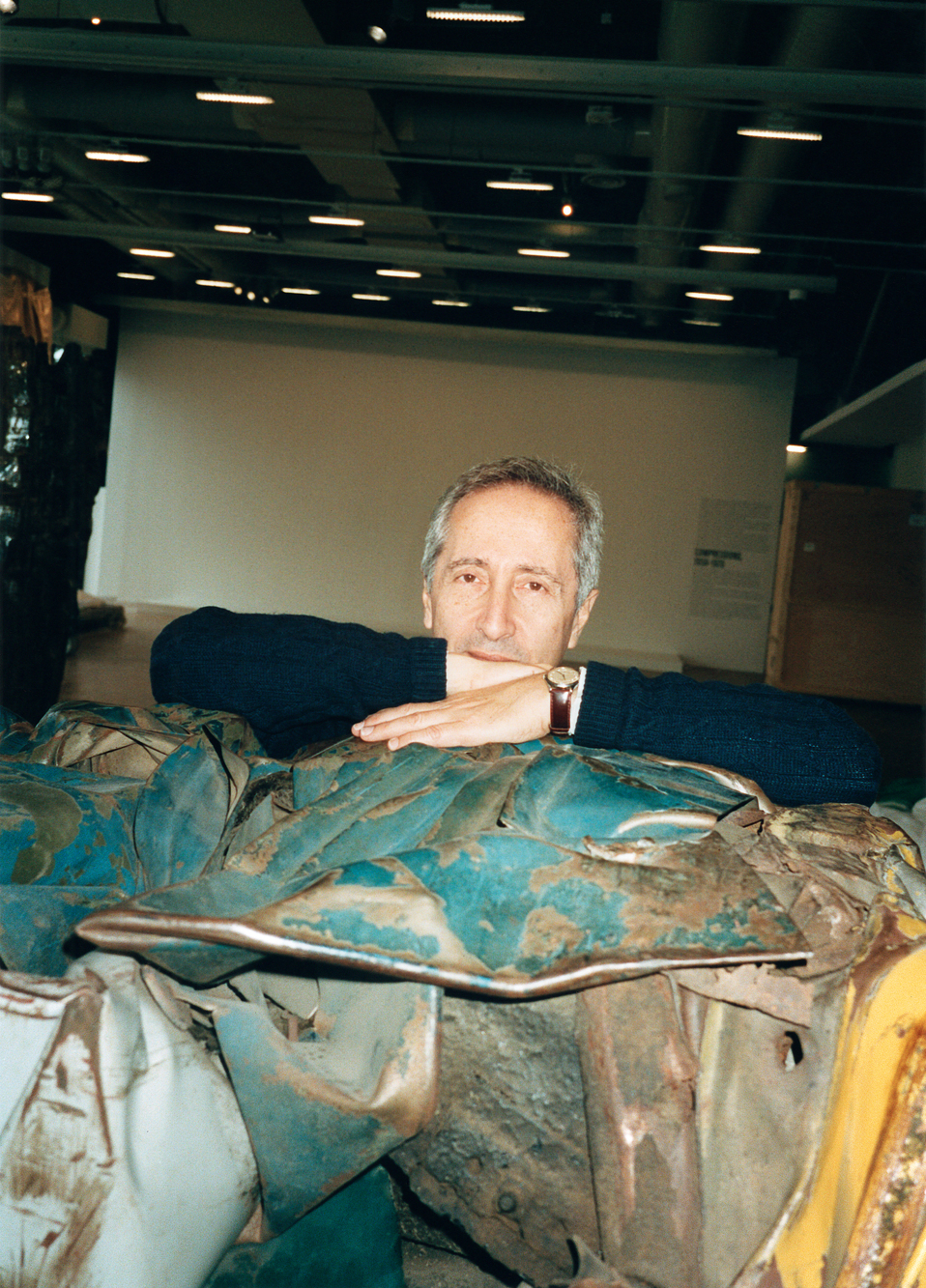 OLIVIER ZAHM — You’ve trained a lot of students in contemporary art, and they have amazing memories of your instruction. Do you miss teaching?

BERNARD BLISTÈNE — Remember Montaigne’s phrase: “I do not teach. I relate.” That works for me. I never “trained” any students. I tried for 25 years to convey my passion and anxieties. Even now, I’m constantly reminded of Jean-Luc Godard, who said: “What does art hope to accomplish? Everything. What can art do? Nothing. What does art do? Something.” Let’s just say that that was my state of mind at the time, and it still is — though doubtless with other means and whole other tools at my disposal. I pushed for the Centre Pompidou to start a school. Today, it’s starting to happen. I’m not against the idea of putting my teacher’s cap back on!

OLIVIER ZAHM — How would you describe yourself as a curator? What’s your style?

BERNARD BLISTÈNE — I’m not a “curator” but a conservator, and was trained as such. Back in the day, my plan was to devote myself to classical painting. The 17th century was my passion. As for style… It’s no doubt that the works I’ve collected have some style — or so I hope! I’m like a metteur en scène [a director] in the way Clément Rosset describes it, someone who brings to the stage [porter en scène]. I try to construct every exhibition in the form of an echo chamber. Echoes between artworks, documents, archives — I love showcases — and the “onlooker.” As Stéphane Mallarmé says at the beginning of his Poésies, I have to “insert myself into your story” and expect that visitors will enter into dialogue with what they’re shown. Indeed, every exhibition is, in this sense, a story.

OLIVIER ZAHM — What do you prefer to work on — group exhibitions or monographic exhibitions?

OLIVIER ZAHM — Since the ’80s you’ve organized exhibitions for major artists, like Jean-Michel Basquiat, Ben, Gordon Matta-Clark, Robert Smithson, Christian Boltanski, François Morellet, Ed Ruscha, and Daniel Buren, along with retrospectives for Cy Twombly and Andy Warhol. What do you remember best from that?

BERNARD BLISTÈNE — I’m not old enough yet to be looking back! I’d like to do plenty more exhibitions. “All the world’s a stage,” says Shakespeare. I like that metaphor. It fits in nicely with what people like us do — I’m including you in this. I think it proper to state what we are and what we represent. I’m not far from thinking that we play several roles on the art scene and that daily life is always putting us face-to-face with the tragic and the laughable. If life itself is a tragedy or a farce, if life resembles theater, then isn’t theater itself life’s double? Thus, the question is reversed and becomes inescapable.

BERNARD BLISTÈNE — I like the idea of having a co-signatory because putting together an exhibition is more than just a dialogue with yourself. “Elysian Fields” is a good example. The only thing I did was have you do it. But to go from there to claiming that a producer is also an author? No. There’s a distinction I want to preserve. This is how I try to do my job as director of the Musée National d’Art Moderne. I do things, without a doubt, but I have also done curatorial collaborations and take pride in them!

OLIVIER ZAHM — As the director of a modern art museum, you now embody the French cultural institution at the highest level, and yet you’re not an apparatchik! You’re still an independent and dissenting free spirit. Are there simply two sides to you, or do you find yourself in a difficult position?

BERNARD BLISTÈNE — I’m certainly not an apparatchik! We need only recall, with gentle irony, that I did nothing to procure my appointment at the Centre Pompidou except wait my turn. Was it pride? There was, no doubt, some pride at stake! But my thanks go out to those who placed their confidence in me, thinking that, after all, the independent, dissenting free spirit you’ve so generously described could serve the purposes of that extraordinary machine the modern art museum — whose director, we mustn’t forget, is just one cog among many. I enjoy keeping the machine well oiled. I don’t like to hear things squeak.

OLIVIER ZAHM — What does Paris represent for you — in the positive sense — on the contemporary art scene?

OLIVIER ZAHM — Where do you see contemporary art going?

BERNARD BLISTÈNE — I’m trying to make it out! It isn’t easy! You have to scour the world, and since I’m no apostle of the world’s inevitable decline, I often find myself mulling over the ineffable, humor-infused reply of Marcel Duchamp
when he was asked the same question: “The future of art has no future.”

OLIVIER ZAHM — You do a lot of writing about art — articles and catalogues — but do you still believe in art criticism?

BERNARD BLISTÈNE — Yes, I still believe in art criticism. But I still haven’t been able to produce a book worthy of the name! Good thing, perhaps, since there are so many bad ones. I like criticism when it smacks of satirical lampoon. I also believe in art criticism as a literary genre. You’d have to be an idiot not to believe after what Roland Barthes said about it. I just think there are few critics worthy of the name. 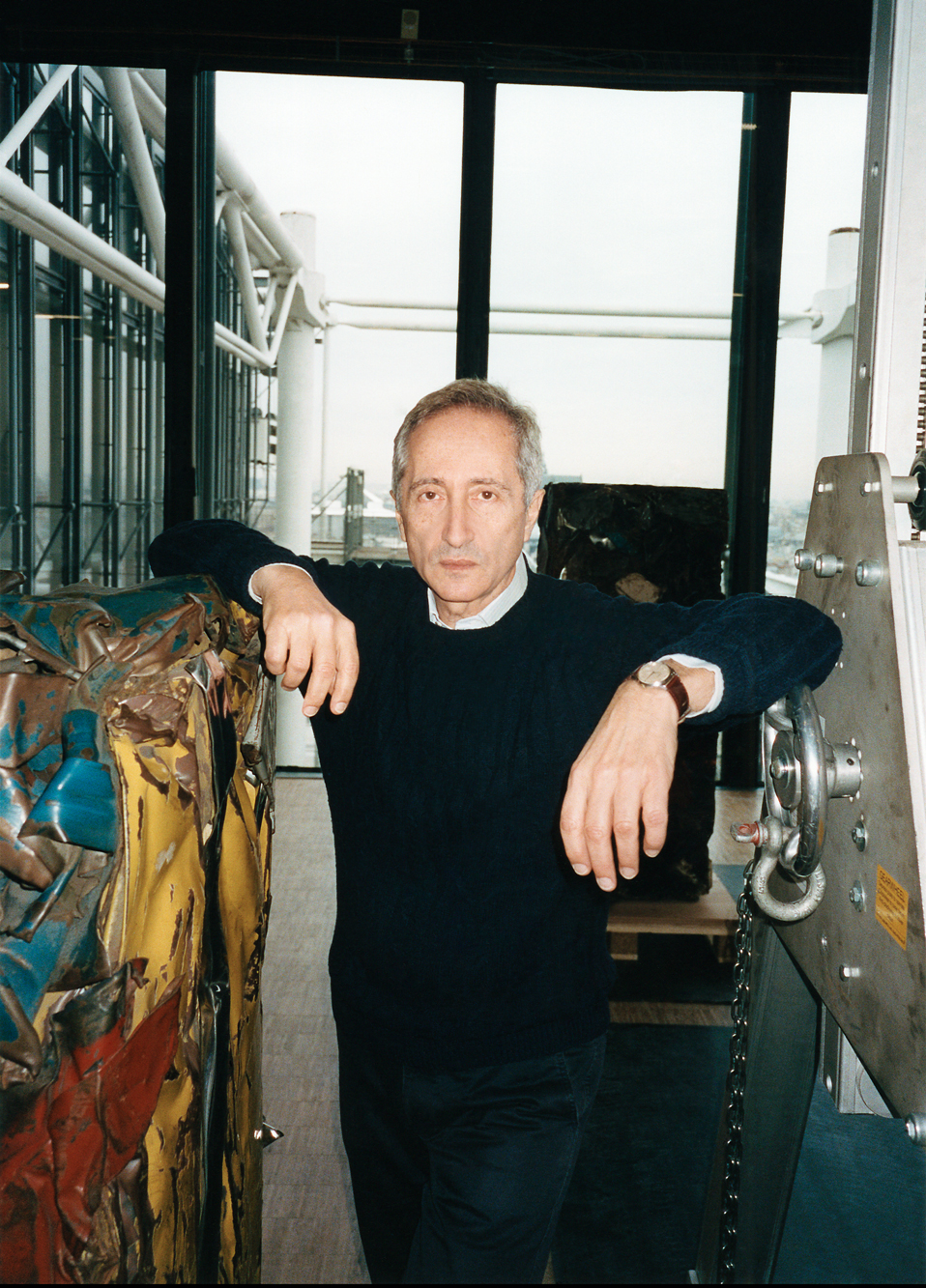 OLIVIER ZAHM — What do you find most amusing or most interesting in your relationship to contemporary art these days, after years of working with it?

BERNARD BLISTÈNE — Many things amuse me. It goes without saying that my character is of the easily amused type, in Blaise Pascal’s sense. Amusement affords you a much-needed bit of dodging because, after all, I’m bereft of God. I’m a miserable creature trying to hide the void within. And art is no doubt helpful with that, at least for me!

OLIVIER ZAHM — What do you do when you have time on your hands?

BERNARD BLISTÈNE — I try to give rigorous, thoughtful answers to the questions people ask me! I try to make music, but I don’t know how! I try to sing, but I’ve got no voice! So, time passes, and I run out of time.

OLIVIER ZAHM — What role do feelings and emotions play in your work?

BERNARD BLISTÈNE — Too big a role!

OLIVIER ZAHM — How is César a great artist, aside from his enormous success in France?

BERNARD BLISTÈNE — César is a great, great artist. There’s no doubt about it, except for those who cannot see! César has invented forms that no one before him ever invented. Just take a look at Compressions, and Expansions, and Enveloppages, and Empreintes [Imprints], and then let’s see how many other artists you can name who’ve conceived so powerfully original and innovative a language! But César is a sculptor and nothing else. He had some spirited exchanges with Bertrand Lavier, to whom he said, half-dismayed and half-ironically, “When I do a Fer [Iron], I’m a sculptor, and when I do a Compression, I’m an artist!” I like that pseudo-quip. It speaks volumes about the times we live in, and about its watchwords and prohibitions. If all he did was transgress on those prohibitions, he’d already be a great artist. As for his success, César would’ve had more outside of France because there’s nothing France loves better than to denigrate its own artists. In fact, Charles Ray has asked me to write for the César exhibition catalogue, which speaks to his interest for the work and the man.

OLIVIER ZAHM — What sort of impulse are you giving today to the modern art museum at Beaubourg [Centre Pompidou] to steer it out of well-worn paths? A simple rotation of artworks?

BERNARD BLISTÈNE — I like the idea that you can get lost at the Centre Pompidou. I like the idea that past and present meet, but above all I’d love it if future years allowed us to consolidate the unique spirit of the place, and of those who make it possible. Warhol used to say, “I like to be the right thing in the wrong place and the wrong thing in the right place.” That could be my motto!

BERNARD BLISTÈNE — Me on the cutting edge? I must confess that I doubt it, although I do my best! All I know is that I look askance at nostalgia and its comforts. I know, too, that there’s prudence in imprudence. And also that I’m always ready to love what I don’t know anything about. I’m an “onlooker,” Olivier. There’s no reason for my sight to deteriorate.