there’s only a few dishes one table and no sign

photography and interview by OLIVIER ZAHM 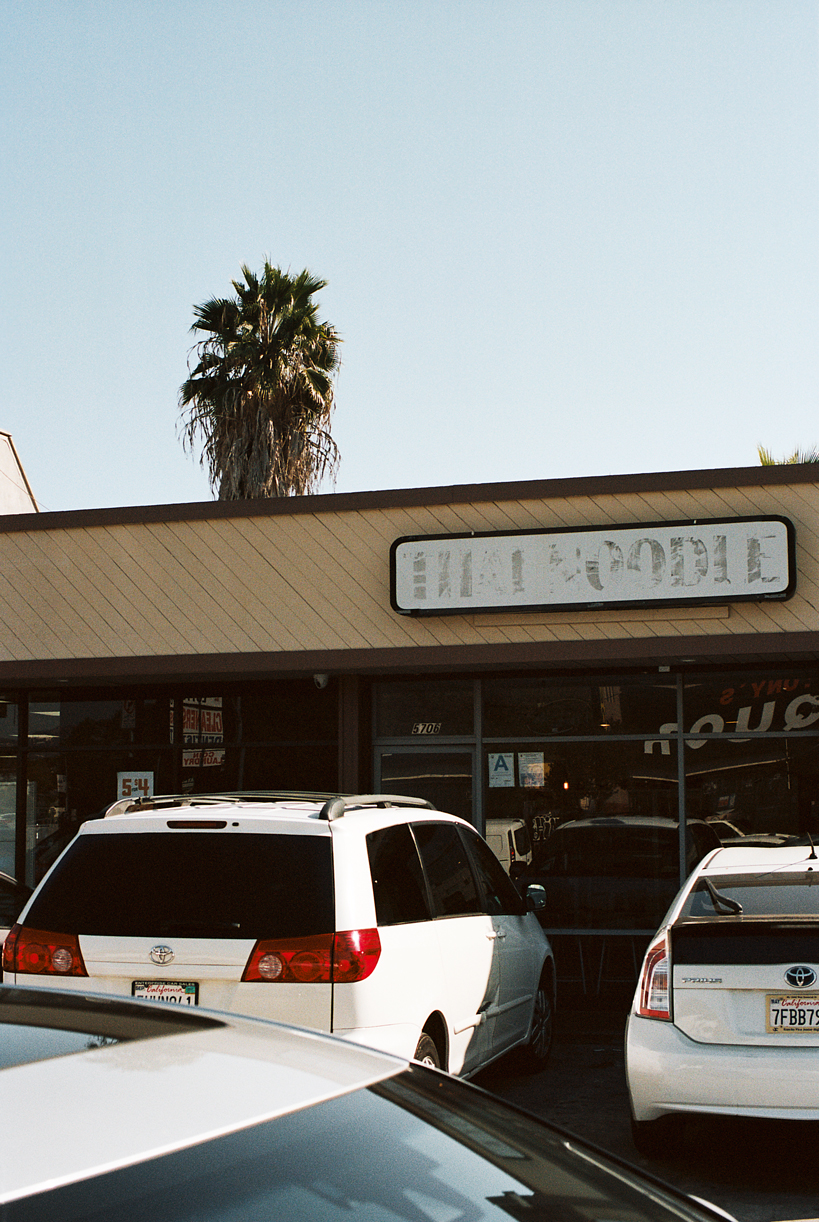 OLIVIER ZAHM — How would you describe your cooking? Do you have a name for it?

KWANG UH — I cannot describe it. Baroo is our first restaurant. I’m still in the process of defining — defining myself, defining my color of cooking or style of cooking. Right now, it’s going somewhere.

OLIVIER ZAHM — But for artists like you, everything is a process. [Laughs]

KWANG UH — No, because cooking is a bit different. We need to define art first. Art is the process of denying everything. Maybe that is art. That’s a kind of definition of art. But maybe if that is art, everyone can be called an artist!

OLIVIER ZAHM — But you are surrounded by books. Do you have a lot of influences?

KWANG UH — Yeah, that’s for sure. You know, human beings are social animals who cannot live by themselves. It’s like all the older, ancestral cooks provide the inspiration.

OLIVIER ZAHM — Did you study cooking?

KWANG UH — Actually, yes. I was in university, studying hospitality. And then a second place, a culinary school in the States. 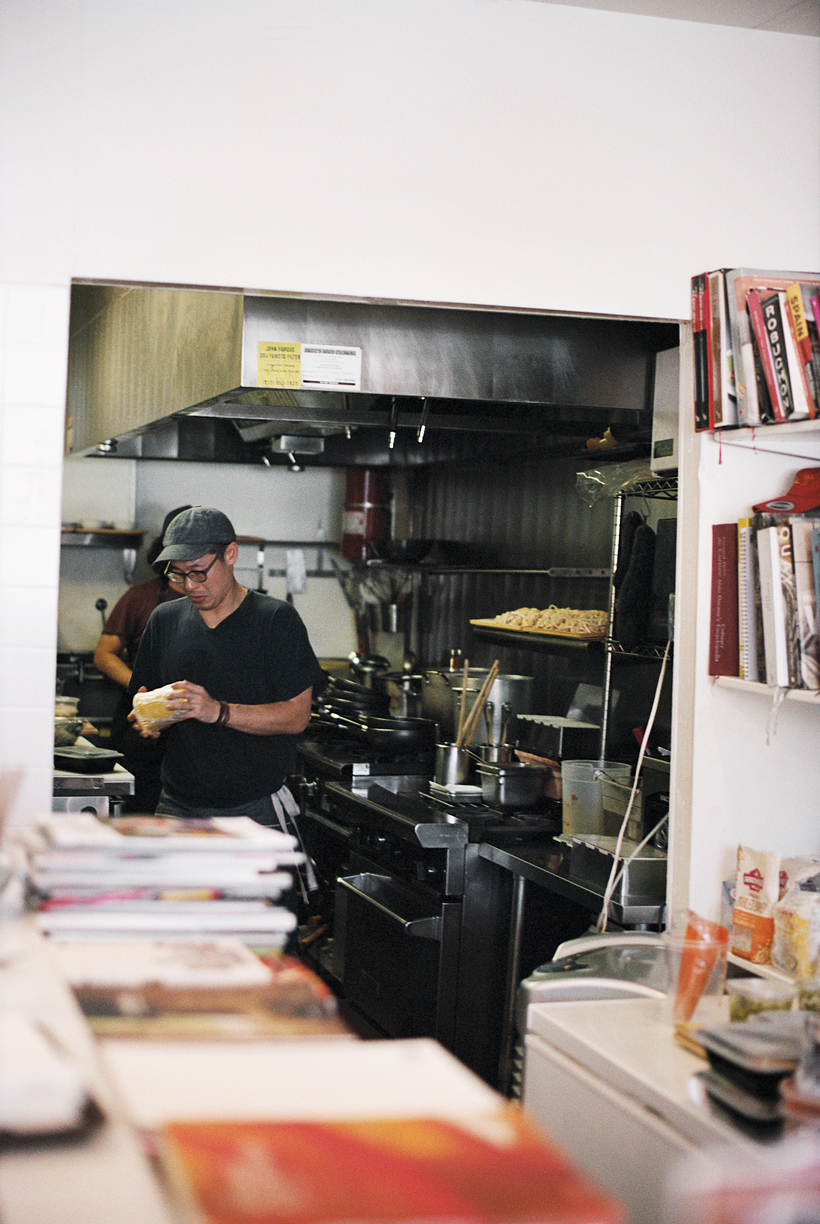 KWANG UH — Ah, actually the school is in New York.

OLIVIER ZAHM — And are you originally American?

KWANG UH — No. I was born and raised in Korea, for more than 20 years. And then, after graduating from university in Korea, I came to the States.

KWANG UH — To be honest, I don’t know yet. First, because I haven’t had enough time to explore this region.

KWANG UH — Most people say that California has abundant fresh produce, with some really great products. Also Californians are pretty easygoing, pretty laid-back. There are many people working in the art, fashion, and entertainment industries — they’re pretty open to everything.

OLIVIER ZAHM — Fermented food is quite rare. Why did you choose this direction?

KWANG UH — I think it’s something about perception. Most people have eaten fermented products. Dairy, wine, cheese, and charcuterie are fermented. I was born and raised in Korea, where almost everything is fermented! You have soy sauce, fermented chili paste, bean paste. Fermentation is one of the fundaments of Korean cuisine. Even in China and Japan. I guess we can differentiate between Eastern and Western cooking, more generally. In Western cooking, a lot of salt is used as a condiment, as a seasoning. There’s also a lot of dairy. But in Asian cooking, we tend to use sauces as our seasoning or condiment.

KWANG UH — Yes. People should appreciate — or rather, people should understand — the delicacy of fermented products. We are surrounded by this kind of culture, this kind of cooking. Because a lot depends on the age, the time it ages. For example, with soy sauce, there are pure, very expensive products, which have reached a solid age, like 50 years.

KWANG UH — Yeah! It’s, like, inherited by family. It’s really very expensive. But taste-wise, it isn’t salty at all.

KWANG UH — Yes. For example, like soy sauce and fermented bean paste and chili paste. It can be mixed with a starter agent. So, they are using the first one — it’s like the “mother.”

OLIVIER ZAHM — Do you have to buy your products in Korea?

OLIVIER ZAHM — You can find them here?

KWANG UH — I can find them. I can also ferment products here, using ingredients that were grown here. So that doesn’t matter so much. Because I don’t make soy sauce here, I don’t make fermented bean paste here. The only thing I make here is a very strong condiment used in Asian cooking. In Korean, it’s called nuruk. In Japanese, it’s koji. In Chinese, it’s called jiuqu.

OLIVIER ZAHM — And in English?

KWANG UH — It doesn’t have an English name.

OLIVIER ZAHM — You call it nuruk?

OLIVIER ZAHM — But you also give a lot of attention to the color and the beauty of the plates. For example, the “fall(INLOVE)” is a beautiful plate, with the squash — the yellow is beautiful. You also like colors and the look of the plates, right?

KWANG UH — Yeah, but maybe because some people’s plates are not so beautiful, it can be obvious.

OLIVIER ZAHM — No, it’s important. It’s very important. When did you open here?

OLIVIER ZAHM — What kind of customers do you have? What kind of people come here? It’s a very discreet place. You’ve stayed secret. It’s people who like food, good food.

KWANG UH — I think that is due to all the media. First of all, we don’t have any PR company or anything like that.