photography by TOILETPAPER with PIERPAOLO FERRARI 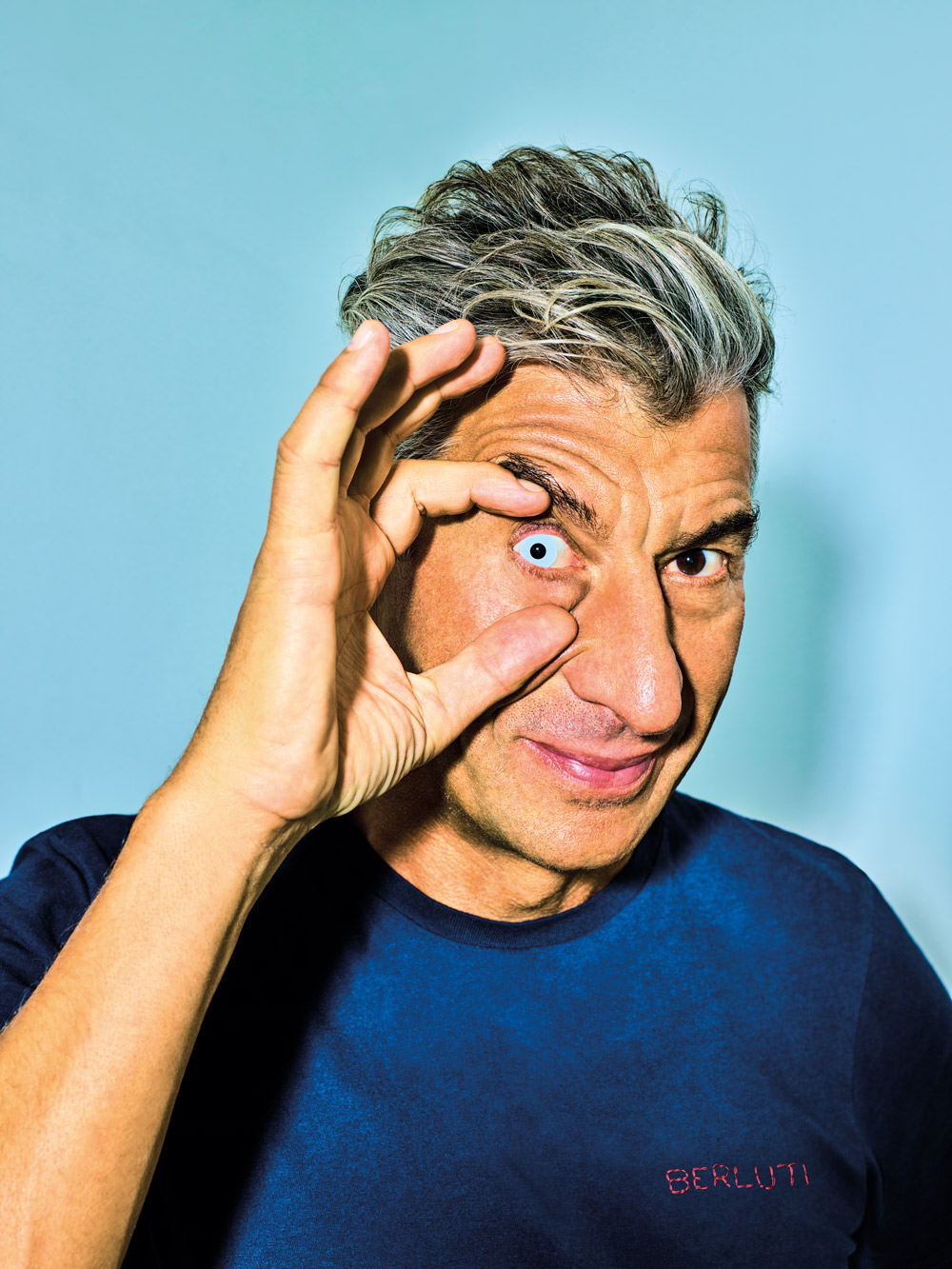 OLIVIER ZAHM — You actually seem to be busier than ever since you announced your retirement after the exhibition “All” in 2012. In 2016, you even installed the sculpture America at the Guggenheim. “Retiring” from making artworks and installations and art shows seemed to be more an artistic gesture than your actual disappearance. Was your retirement a way to still be active in the art world without pretending to be part of it?

MAURIZIO CATTELAN — I must admit I’m not sure anymore about what the reasons for my retirement were. It’s like trying to remember a dream when you’re having breakfast and starting your day: the memory is so hazy and the breakfast so yummy that it doesn’t matter anymore. What happens is that probably I desired so much to stop working that when I finally managed to conquer some rest, retirement didn’t sound so desirable anymore. I love to be haunted by my little obsessions — believe me when I say that I missed them in the past years!

OLIVIER ZAHM — In 1964, Marcel Duchamp said, “The great artist of tomorrow cannot be seen, should not be seen and should go underground.” Do you believe in the underground?

MAURIZIO CATTELAN — I believe in a world where credit/debit cards are useless, in a life where ambition isn’t in the service of the ego or false ideals. I do believe in religion. Human beings are religious animals, and such a characteristic feature of human behavior cannot be ignored or dismissed. And I believe in telekinetics — if you believe in it, too, raise my hand. Speaking seriously, even if in the digital age everything seems to be on the surface with no space left for the underground, I do believe that hackers and the deep Web are the place for the counterculture you’re referring to: first or then, we all will be a sort of cyborg, and those groups of anonymous geeks are anticipating it.

OLIVIER ZAHM — Is there a difference between the art world and the world?

MAURIZIO CATTELAN — It’s only a question of perspective. Imagine being in a large cinema, at first sitting in the back row, and gradually moving up, row by row, until your nose is almost pressed against the screen. Gradually, the stars’ faces dissolve into dancing grain, tiny details assume grotesque proportions, the illusion dissolves — or rather, it becomes clear that the illusion itself is reality.

OLIVIER ZAHM — I remember seeing one of your first installations in Castello di Rivara, in Turin in 1992, called Una Domenica a Rivara, which is a rope made of knotted sheets and a coat hanger, outside a window, as though you had just escaped the group show. Is art about escapism?

MAURIZIO CATTELAN — I’ve always believed that if something can be reduced to one clear concept, it is sure as hell artistically dead. Art has no direct and unique intent. Otherwise, it is a problem that has already been resolved, and there’s nothing interesting in this. Nevertheless, I think art should be in some way engaged. It should keep a sense of duty, a sense of holding a position that others may have abandoned. But it’s the work of art itself that can engage with a larger cultural dialogue, rather than the artist, to whom the work is just self-expression.

OLIVIER ZAHM — Have you experienced failure?

MAURIZIO CATTELAN — Artists often have a close relationship with and fascination for failure and its consequences. It is always true for me that everyone chooses their own path by intertwining three factors: ability, motivation, and attitude. Ability is what you are capable of doing. Motivation determines what you do; attitude, how well you do it. My luck was that when I was a child, everyone kept telling me how much a disaster and failure I was, so I grew up with the threat of failing. It’s a toxic and suffocating air. It makes you think you’ll not be able to breath fresh air anymore. I wouldn’t say that mine is success — it’s more like a state of continuous uncertainty, an everlasting delayed failure.

OLIVIER ZAHM — Looking back, how would you consider your work?

MAURIZIO CATTELAN — Every work can be considered an image of a familiar and internalized problem. Among the 129 works exhibited at the Guggenheim, there are so many that I would like to erase and that I no longer feel are useful to anyone at all. I consider these moments of passage necessary to get to those 10 or maximum 15 works that I would save most days. It was clear to me after the show at La Monnaie — we made a very limited choice of really significant works. Those in particular, once put together, open to a variety of different and new meanings. The exhibition in Paris has been very useful to draw a line between me and my work, as well as a great opportunity to show them in silence without being shadowed by the figure of the jester that I had created for myself.

OLIVIER ZAHM — You never stop looking at young emerging artists, you collect art, you have an Instagram account, you look at Instagram, you travel nonstop following the art and fashion map. What do you like about what’s happening now?

MAURIZIO CATTELAN — It’s undeniable that, in a way, the contemporary art world reflects huge, overwhelming trends that imply a certain grade of superficiality. In the last years, the art market has spread like wildfire, and new ways of collecting sprang up everywhere in the world. This increasing demand leads to a faster and faster turnover, with similarities with what happens in fashion with seasons. It seems to me that it takes more and more courage to be original — the new often arrives only by mischance, or through canonizing the “bad,” for the good is the familiar. The most interesting works I have seen are those where you see an unfinished struggle, where you can glimpse a deep mystery, a secret, together with a strong statement. To make the difference should be the only dogma of art.

OLIVIER ZAHM — You have your own Instagram account where followers can look at a sample of your visual obsessions, one image at a time. What motivated you to start your account? Why are you doing it this way?

MAURIZIO CATTELAN — It has been inevitable, since I’ve always been obsessed with images. I started a few months ago and it did not work. The idea of looking back at previous posts and reviewing what I had posted seemed anachronistic, selfish, and useless. I’ve followed my rules, breaking down the obvious rules. Posting a single photo that erases the previous one each time is no different from doing an exhibition and leaving the empty gallery with the sign “Back Soon.”

OLIVIER ZAHM — If you had a second life, what living form on earth would you choose?

MAURIZIO CATTELAN — I’m at least in my third life, and I always regret the choice. To be back for a fourth would require a real spell, of the caliber of Groundhog Day!

OLIVIER ZAHM — Is Italy the future or the past?

MAURIZIO CATTELAN — Pardon me, did you say pasta?