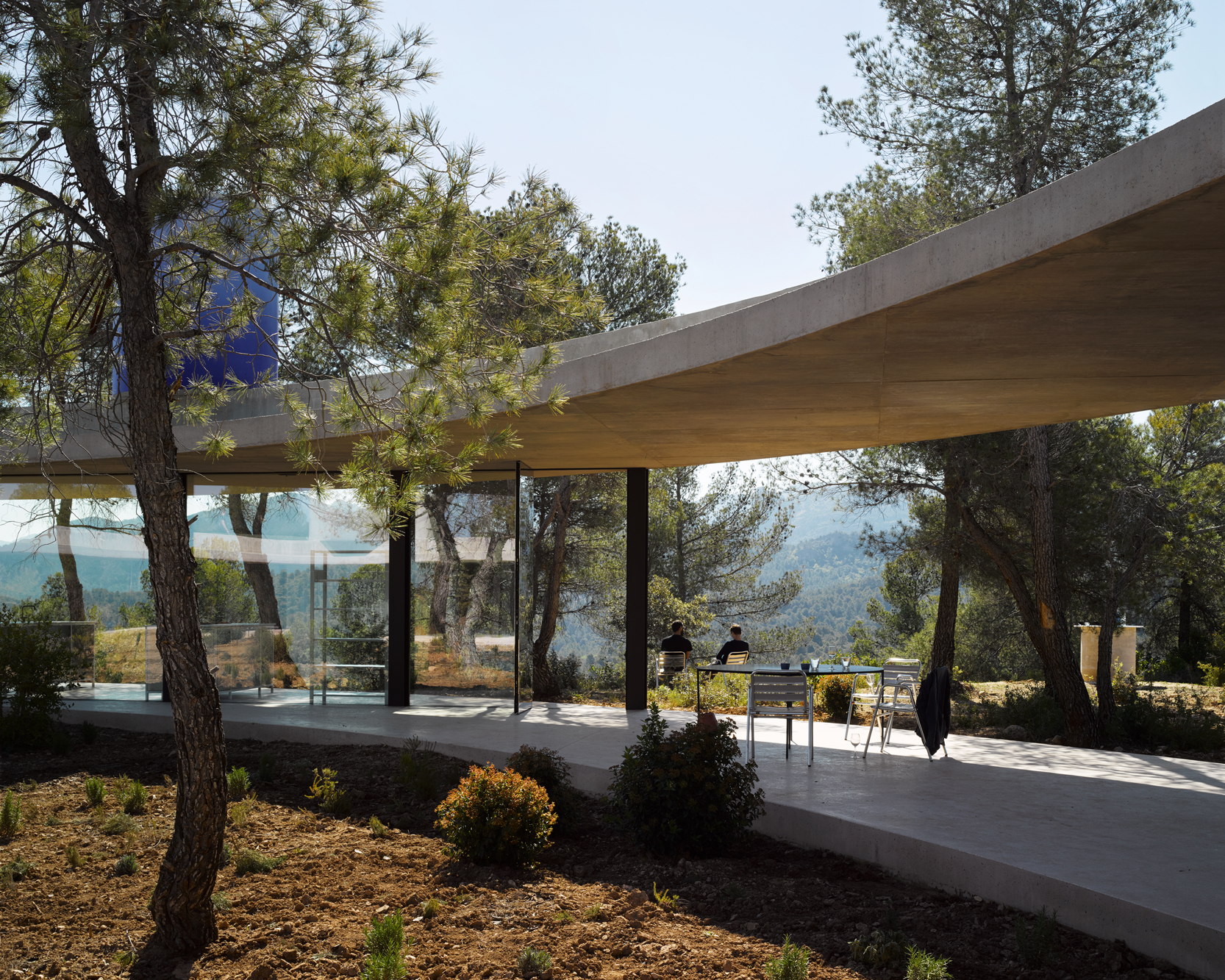 When we were asked by Christian Bourdais — commissioner of the Solo Houses program — to build a house in this remote part of Spain, we had no idea what to expect.

We were amazed by the beauty of the landscape and wilderness. Partly because of the bees that were flying around, we drew a big circle around this spot upon our first visit — like an abstract figure. Our architecture deals with large-scale urban contexts. Here, it was about understanding the natural space as a form of shelter, so we made a circular model of a roof standing above this space in order to embrace the nature. It’s basically a drawing of two platonic shapes — a circle and an inner square — and the floor in polished concrete is just the same color as the earth. We also wanted the roof to be as thin as possible, like a hand-drawn circle in which straight lines hold up the structure and make equal living compartments. 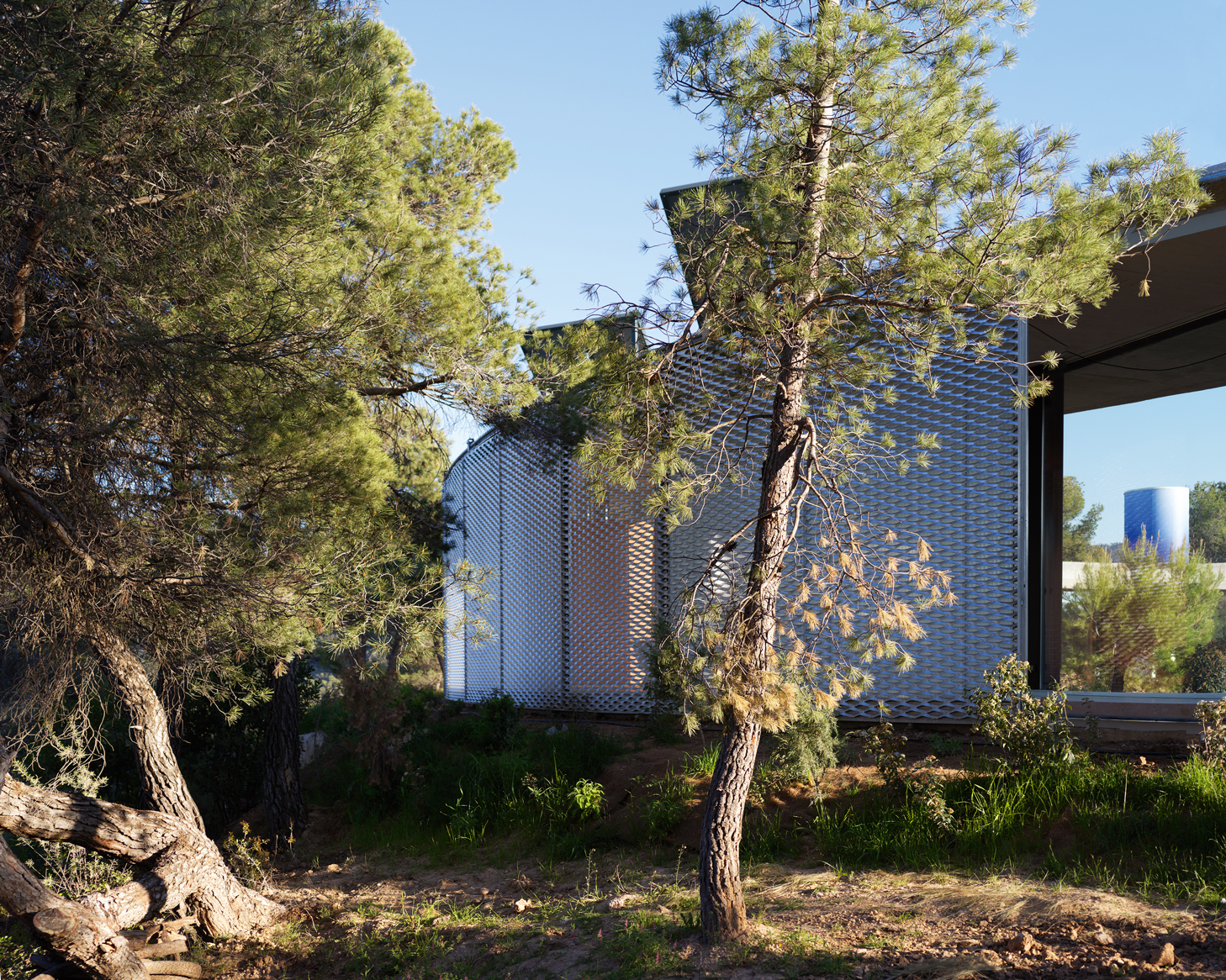 As each Solo House needs to be self-sufficient (there is no electricity, water, gas, or Internet in this region), we designed a system of solar panels, a battery, a reservoir, a filter, a heating system. And we decided that these technical implements, placed on top of the roof, should be part of the architecture of the house and were to be seen from the outside. This house materializes our vision of the natural contemporary landscape.

The moment where we felt we were part of something was at Ordos 100 because [the Swiss architecture firm] Herzog & de Meuron and Ai Weiwei requested 100 firms from all around the world to conceive 1,000-square-meter homes in Inner Mongolia. We responded with 25 Rooms (2008-2009): a brick house submerged underground with a series of eight equally proportionate rooms per floor, set around a patio with trees. 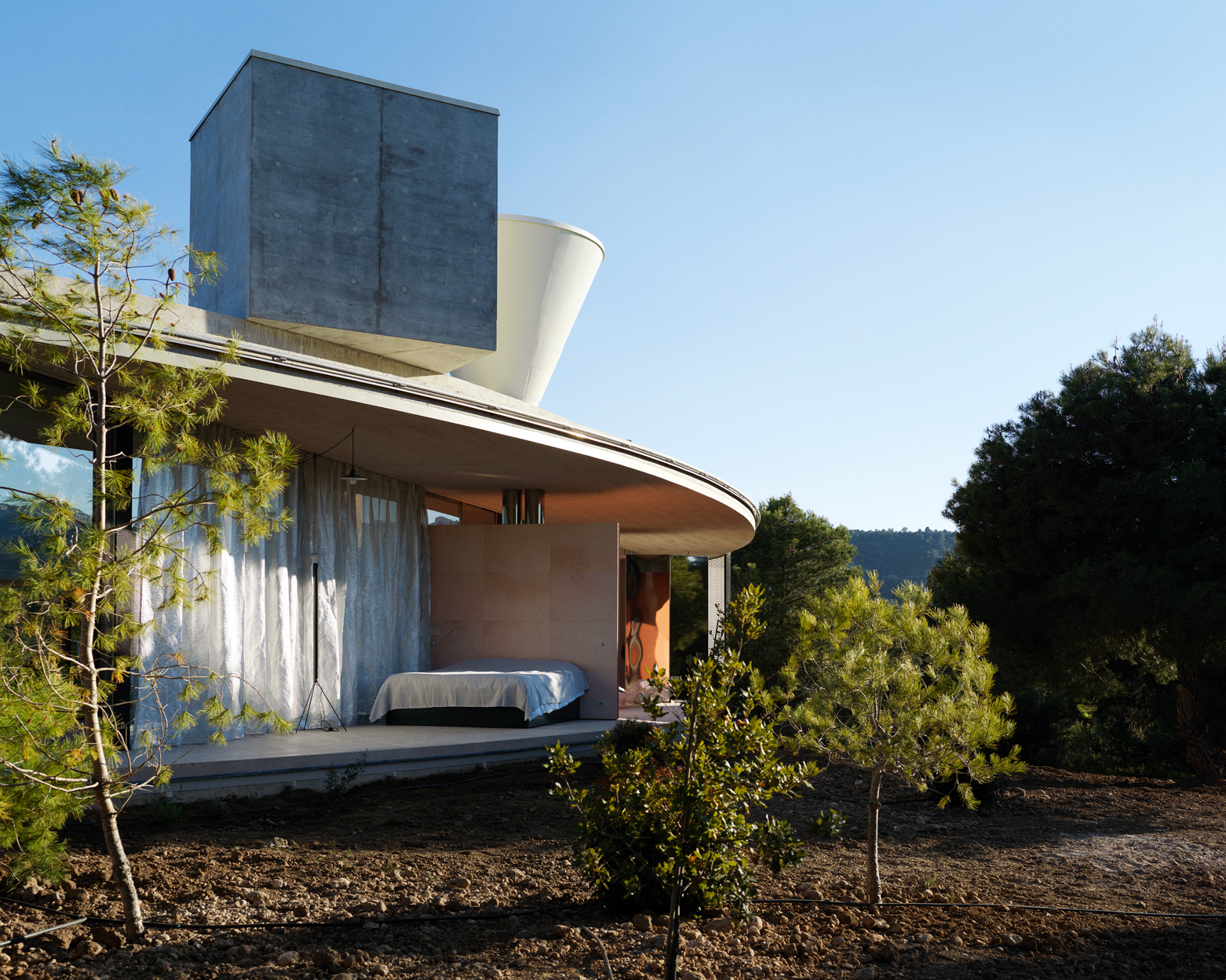 We like to think there is no difference between a water fountain, for example, and a chair. So, in the Solo House, the fitted home appliances — some of which are braided like ribbons on each pillar — all get equal treatment, as do those originals found on the premises.

In the times we’re living in, where everything has to be thought about so much, we don’t want architecture to be too decisive. Architecture has to give full potential for people to engage with the world.