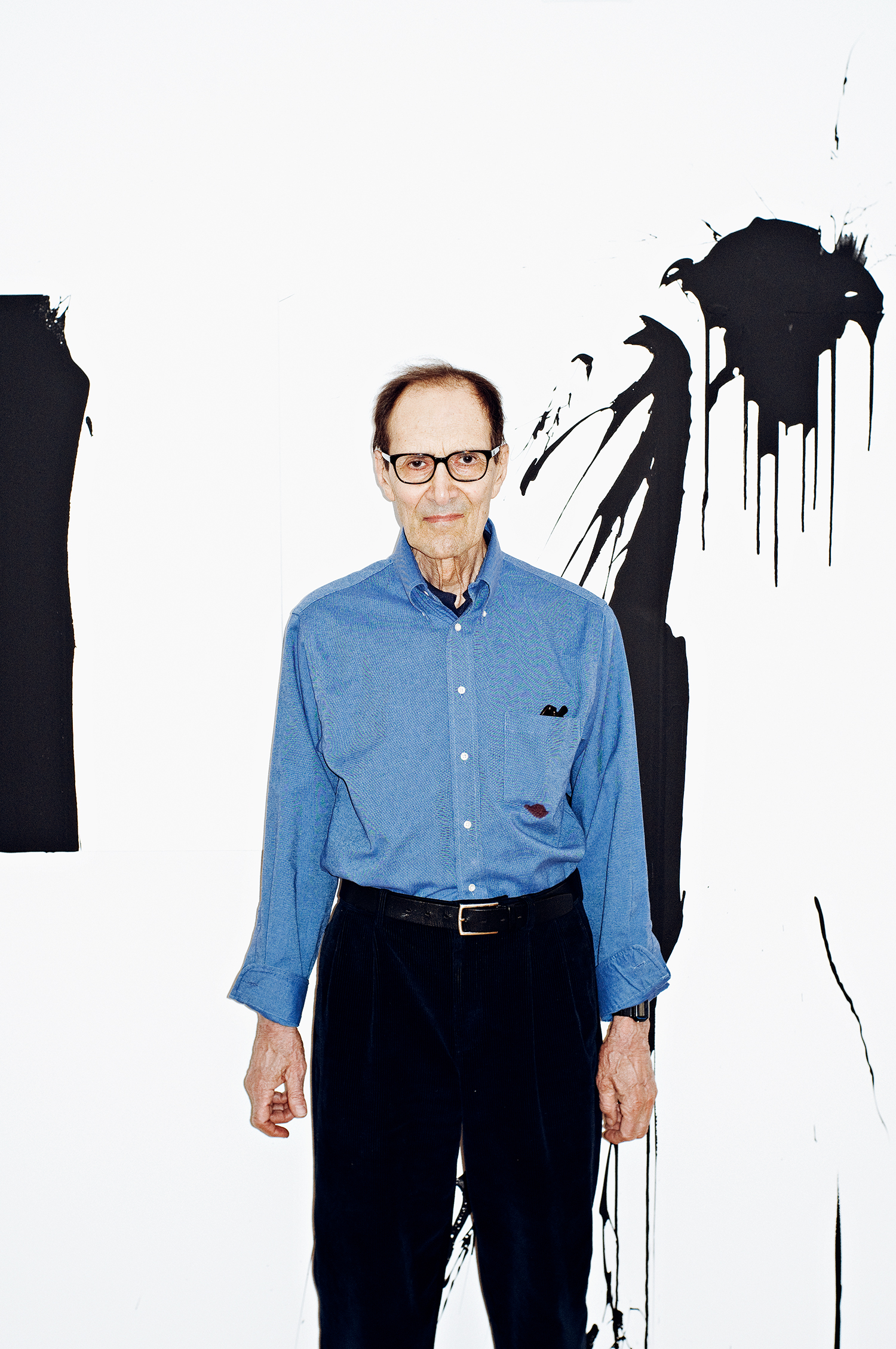 Are you familiar with the concept of inertial systems? It’s the phenomenon that allows a body to remain at rest while simultaneously traveling — somewhat imperceptibly — at an accelerated speed. You might be reading this magazine, for example, on an airplane flying at 30,000 feet but feel as though you’re in the comfort of your own living room. We often take this experience for granted. Riding the 6 train uptown, New Yorkers are inured to the shimmy of a left bank or a rapid deceleration entering the next station. And yet it’s under these conditions that William Anastasi first started making subway drawings some five decades ago.

The process by which he creates his abstract pieces is maddeningly simple. He takes two pencils — one in each hand, held like a dart — and seismically records the train’s vibrations on a sheet of paper taped to a board resting on his lap. He wears firing-range headphones on the train to protect his hearing. Sometimes he will annotate the drawings with the names of the people he is going to visit. The earlier drawings from the 1970s and ’80s yielded far more erratic results; the violence and richness of the line is front and center. What remains open for debate is whether the difference between these drawings and the later pieces you see reproduced here is the result of the artist’s age — 2013 marks his 80th year — advances in rail technology, or simply softer, thicker lead. No one can say, not even the artist, which variable is the primary cause of such variety, but the graphite clusters seen as a whole read like some proto-cinematic brain scan, synapses firing into the neurons of the unconscious, cosmic probability charts. 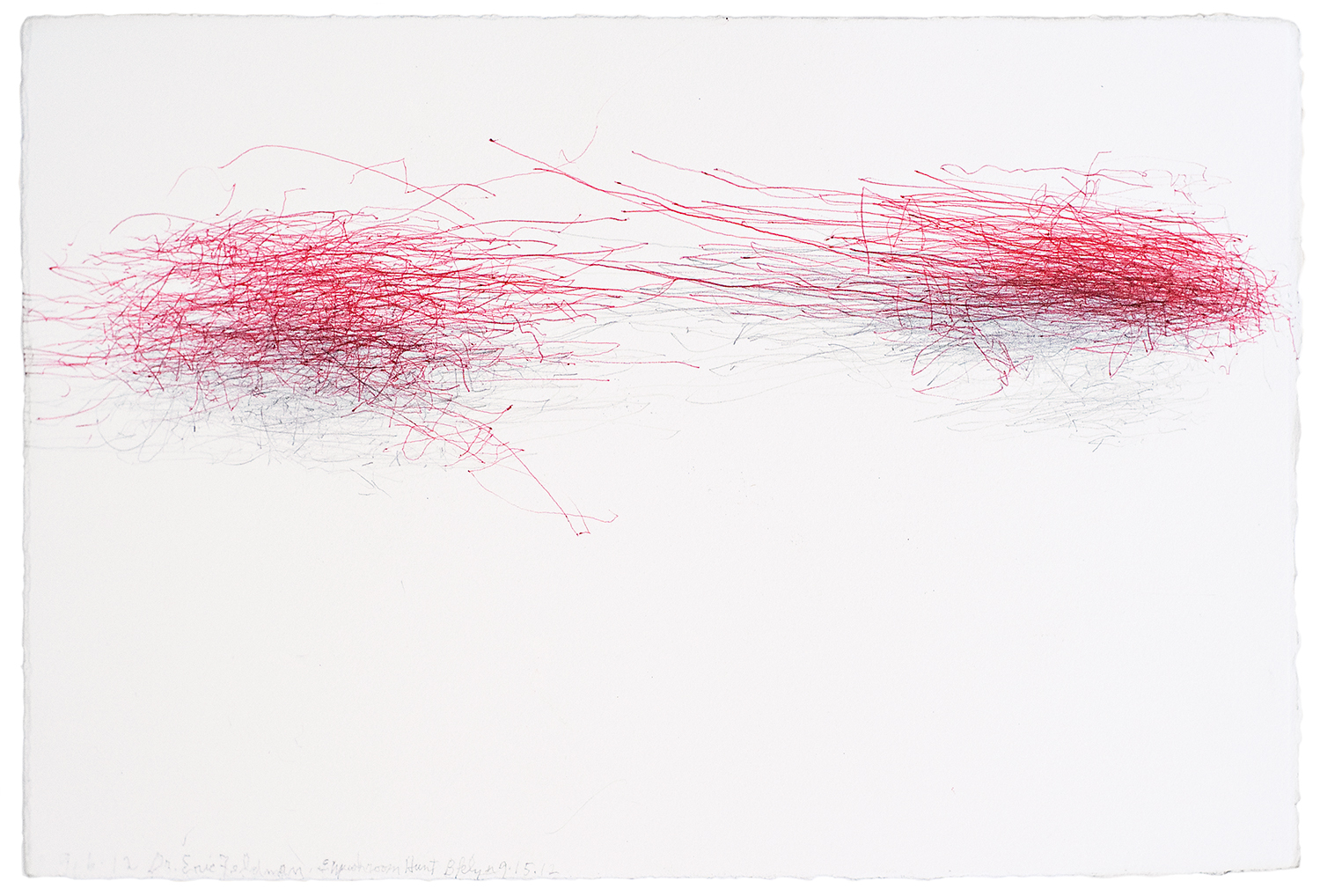 Untitled, Subway Drawing on paper, courtesy of the artist

Plato said that in a utopia you wouldn’t need art anymore, at least representational art. In Philebus, he cites the pleasure of looking at the difference between a straight line and a curved line. The pursuit of that pleasure is embedded in every subway drawing. They reveal the empowerment available to us in surrender. Anastasi fantasizes now about doing one roundtrip subway drawing for each of the New York City lines — that’s 26 altogether — and each of the Paris subway lines. Pencil going one way, ink on the return. The Paris subway, he says, feels smoother than the New York ride. There are nuances, depending on which car you’ve chosen. The last car tends to be wigglier.