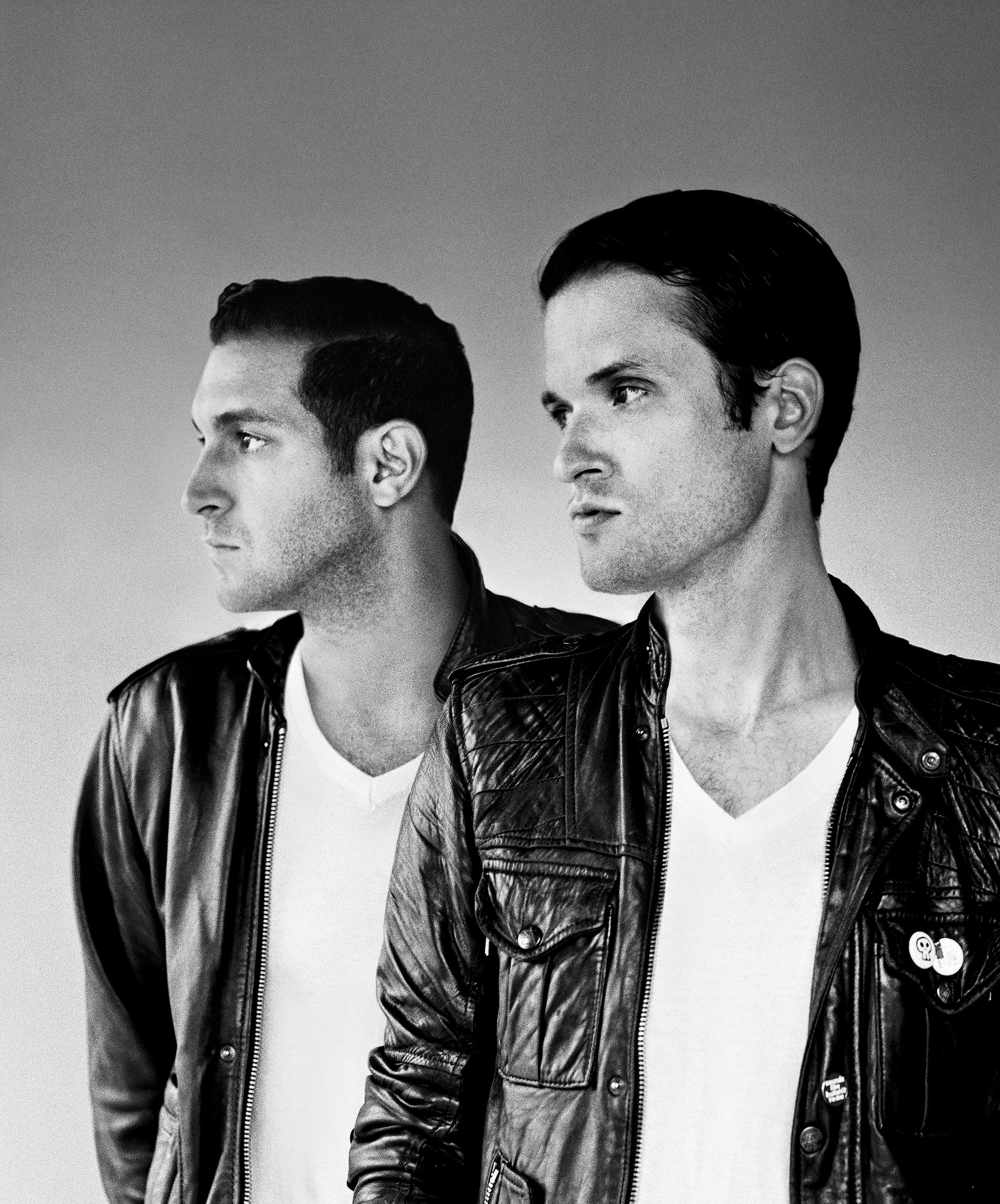 In a musical landscape filled with exhausted sound, Holy Ghost!’s Alex Frankel and Nick Millhiser emerge with their own distinct mix of dance, electro, and disco. Following a tour with New Order, the band will release their sophomore album Dynamics this September. Members of famed indie label DFA, Holy Ghost! offers a fresh perspective on music that belongs to the night and the dance floor.

JULIANA BALESTIN — How would you describe the Holy Ghost! sound?
HOLY GHOST! — That’s the hardest question. Most of our references come from dance music in some form. But I don’t think we have that much in common with contemporary dance music.

JULIANA BALESTIN — Right now you guys are preparing to tour with New Order?
HOLY GHOST! — Yes. They’re a big inspiration and we were honored to be asked. They came around again and it worked.

JULIANA BALESTIN — You guys are born and raised New Yorkers. Who were your influences growing up?
HOLY GHOST! — The most exciting thing happening in New York when we were kids was rap.

JULIANA BALESTIN — And you ended up forming a hip-hop band called Automato by the end of high school?
HOLY GHOST! — Yeah, we were in a rap group in high school, though neither of us rapped. But even at that time we were gravitating toward dance music.

JULIANA BALESTIN — At what point did you connect with James Murphy?
HOLY GHOST! — In 2001. We were actually supposed to meet him for the first time on 9/11. Obviously, that did not happen. We eventually met, though, and James produced our album for Automato along with Tim Goldsworthy in 2002. After that, James and Tim kept us around in the way that you keep musicians around in case someone needs a drummer or something. In the process we all became friends.

JULIANA BALESTIN — Your Automato record with James and Tim coincides with the start of their label DFA, with John Galkin.
HOLY GHOST! — We were making that record just as the label was starting with its first releases. I have a very distinct memory of James giving me LCD Soundsystem’s Losing My Edge as a promotional CD. He said it was a dumb thing he was working on and maybe we would like it.

JULIANA BALESTIN — So from this period around 2001 until the release of your first Holy Ghost! single in 2007 what was happening?
HOLY GHOST! — Automato kind of fizzled out around 2005. We put out the album and toured a lot in Europe and the band just kind of broke up. We kept working together on music though.

JULIANA BALESTIN — You guys seem to be constantly touring and DJing. Does that stop the songwriting process?
HOLY GHOST! — Mostly we write between tours. We’re always working on little things. We started this record by having a month off and would work a little bit at a time. We never stop writing. That’s the nature of being on an independent label — we can’t just rent a house for two months and go make an album. It’s a slower process.

JULIANA BALESTIN — You’re playing arenas now. How do you maintain the quality of sound without relying on a computer?
HOLY GHOST! — We’re the antithesis of a computer in our live shows. As best we can, we try to do everything on stage the way we would do it in the studio. This basically means we tour with an enormous amount of equipment and a big band. It doesn’t sound exactly like the record. It should feel like the important elements sound similar, but there should also be room for some dynamics. You can only get that with real people playing on stage.

JULIANA BALESTIN — I discovered your music through Robert Longo, who is contributing artwork for your new album cover. Holy Ghost!’s imagery across the albums, music videos, and performances all seems carefully curated. Is it important to be visual artists as well as musicians?
HOLY GHOST! — I don’t think you need to be, and a lot of successful bands are not. I don’t know if it is a coincidence, but a lot of my favorite bands also have a very strong visual component. New Order had a sound but they also had a look. Their graphic designer, Peter Saville — that’s a very carefully curated aesthetic. The Smiths and all their album covers have a very discernable look. You can spot a Smiths album cover from across the room. So it’s important to us and I hope it’s important to other people, too.