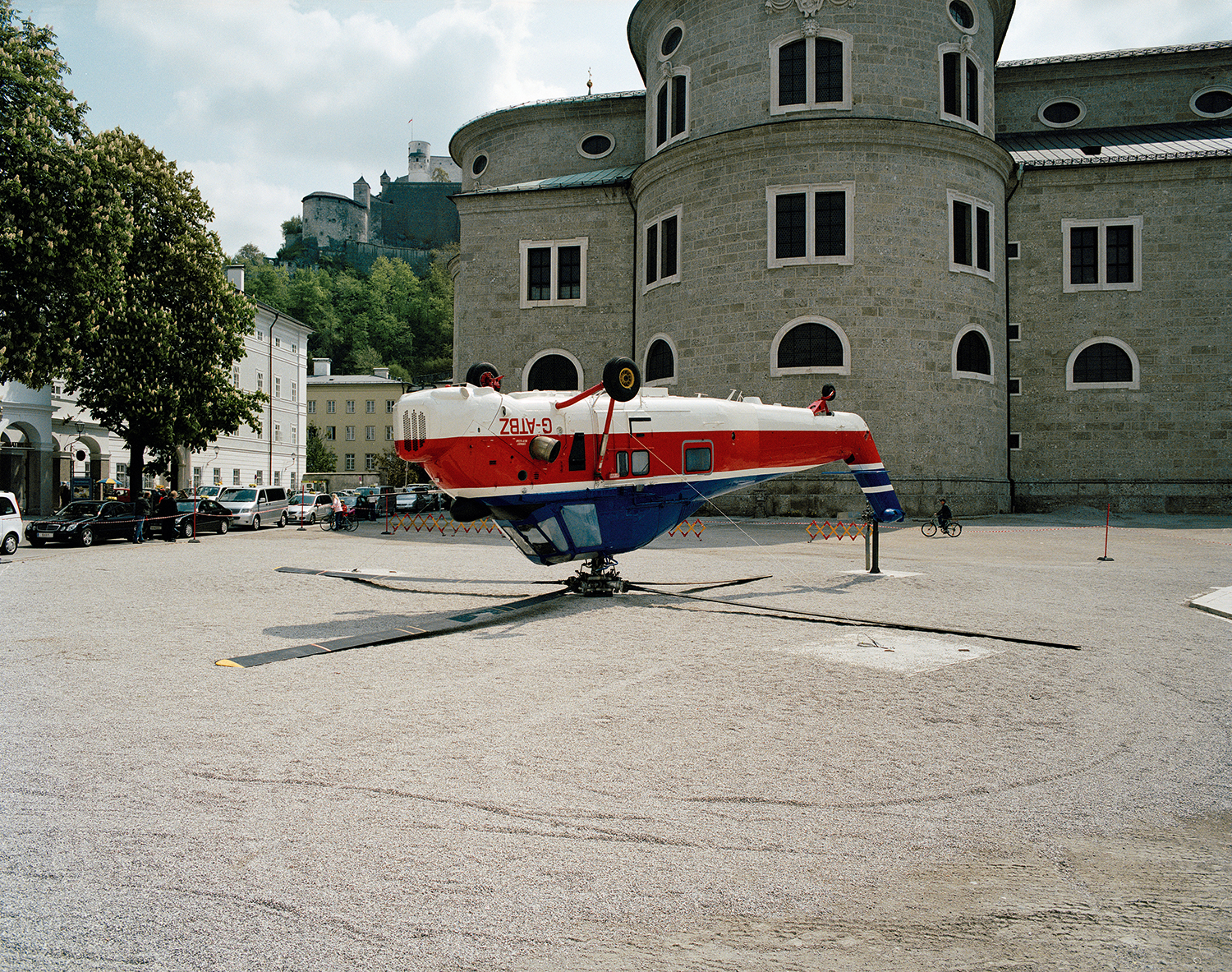 OLIVIER ZAHM — So Paola, now you’re living in India.
PAOLA PIVI — I’m spending time there, yeah. First, I came for an art project about the tulkus. Then I met a Tibetan man who became my husband, and created my family.

OLIVIER ZAHM — Is the tulkus project political or is it an art project or both?
PAOLA PIVI — It’s research into a religion. So, by default it’s kind of political. But it’s also an artwork that’s involved hundreds of volunteers from all over the world, along with Tibetan people and culture, which has a very complex history.

OLIVIER ZAHM — What are tulkus?
PAOLA PIVI — It’s very easy. The Dalai Lama is now the 14th reincarnation. A few years after he was born, he was recognized as the reincarnation of the 13th Dalai Lama, who had passed away a few years before. So like the Dalai Lama, in Tibetan Buddhism there are thousands of tulkus. They are recognized reincarnations of previous Buddhist masters. My project was to reach them all and find at least one good picture for each. 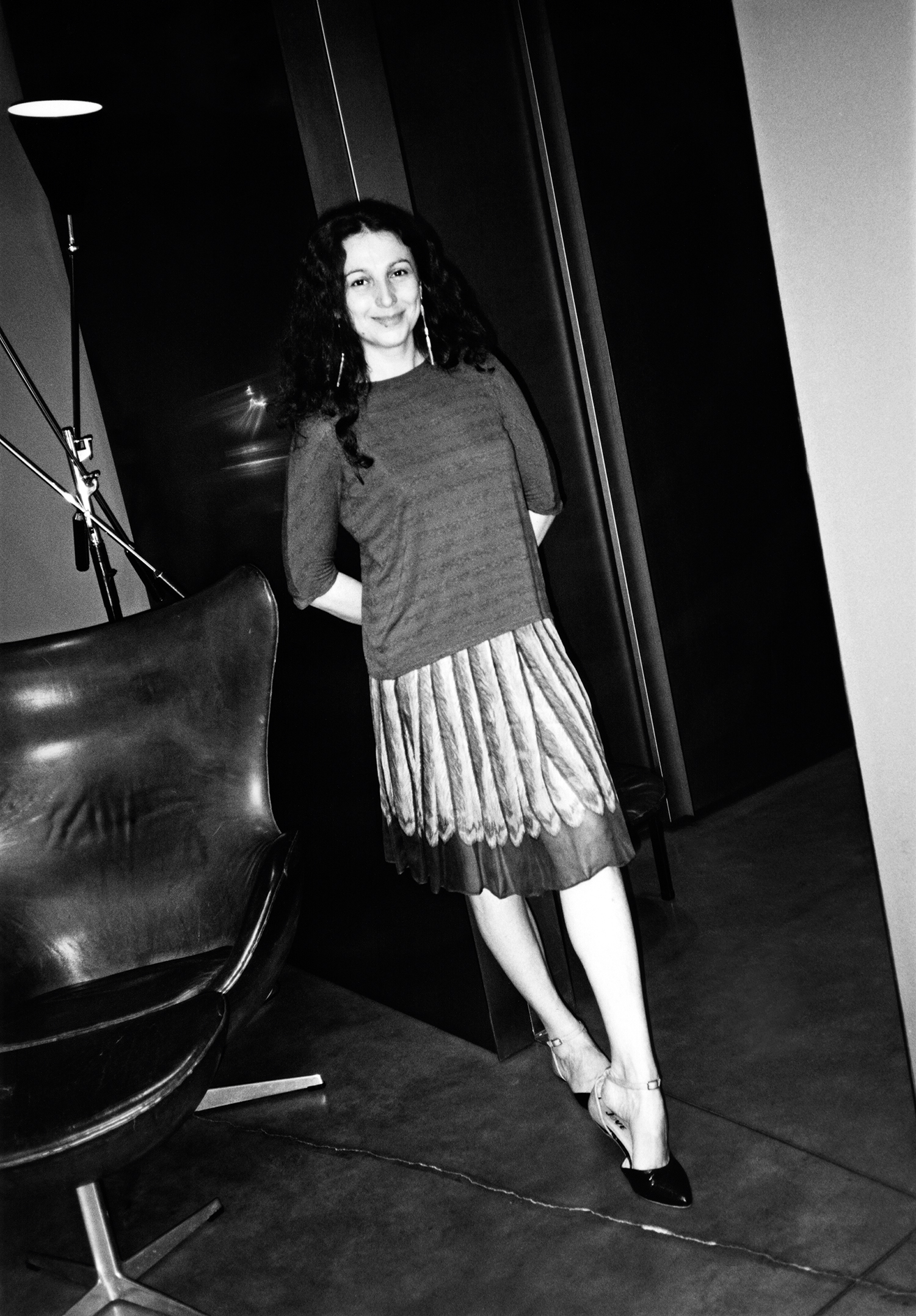 OLIVIER ZAHM — Is that possible?
PAOLA PIVI — It’s an ambitious project just to find them, one that’s never been achieved before, even in Tibetan history. Attempts have been made in past centuries to create a sort of census of them all, but it was never completed. Mine is not complete either, but we’ve collected 1,100 photos. I did not commission new photos, except in a few cases. I took existing photographs. So the oldest is from 1873. I scanned it and reproduced it in a large format. It has an amazing quality.

OLIVIER ZAHM — So you didn’t take pictures yourself of the living tulkus?
PAOLA PIVI — No.

OLIVIER ZAHM — How did you have access to these pictures?
PAOLA PIVI — We contacted people from all over the world who could have photos of tulkus or information on them. We worked with the best Tibetan historians, and so on. It all happened because my husband — he’s a Tibetan composer — was by my side. He totally gave up his work to do this with me. Also, there’s no profit, and at the end, the entire project will be donated to the Tibetan people.

OLIVIER ZAHM — You devoted a part of your life and your artistic energy to this project.
PAOLA PIVI — We also funded it, with help. 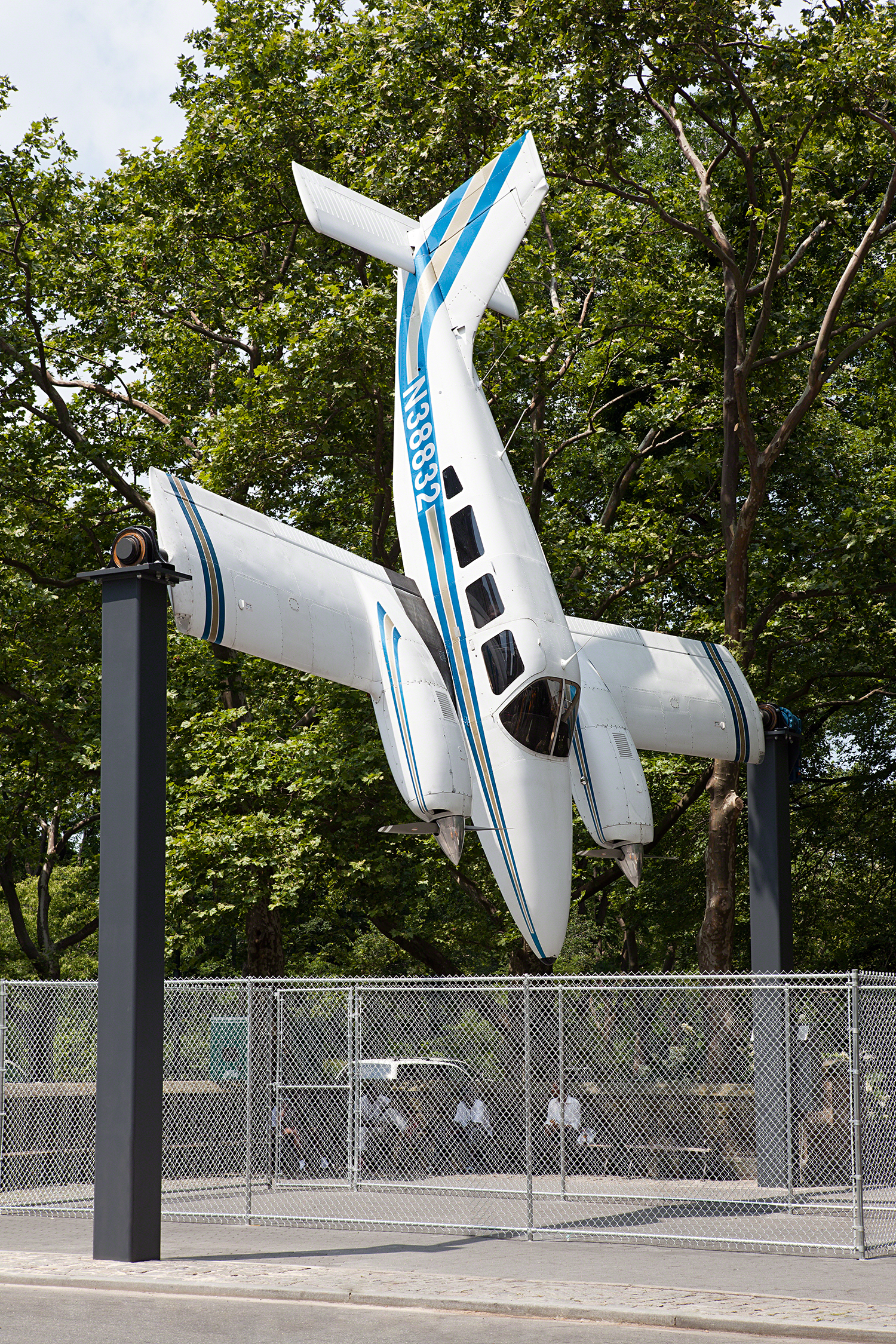 OLIVIER ZAHM — What is the meaning behind these pictures?
PAOLA PIVI — The photos of these tulkus have a special religious power because they are considered gods or demigods in their religion. I chose them and took them to the best lab in the world and followed every single rule of the Tibetan culture — even when it went against my own personal taste. For example, we cannot have just any photos on posters or on brochures, the caption has to be a certain way — lots of little things were completely given over to their wishes. And they appreciated that.

OLIVIER ZAHM — Are the pictures comparable to Christian icons?
PAOLA PIVI — More like the Catholic host in a mass. For them the photo itself contains the power of the divine. So, on the one hand some are very easy to find and are sold in souvenir shops close to temples. On the other hand half of them are kept in remote monasteries in Mongolia, Nepal, Bhutan — places with no link to the outside world. People had to trust me enough to give them to me.

OLIVIER ZAHM — Is Tibetan culture a personal or an artistic passion for you?

PAOLA PIVI — Well, there are many Westerners who believe that Tibet is heaven on earth. For a year and a half my husband and I dedicated 15 hours a day, every day, to the tulkus project. I had a deadline. We killed ourselves to do it. And the project was a great success. And then we were given custody of a child while we were working on the project, and then things got very complicated, and now we are in big legal battle.

OLIVIER ZAHM — As an artist, once you become a political symbol, you’re trapped by something that’s larger than you, which you can’t control. What will you do in your New York show in September?
PAOLA PIVI — I might do something based on a work I did as a student, when I was invited to participate in a show in Pescara, Italy, in 1997. I set a huge tractor-trailer truck on its side. And I’ve always wanted to do something like that again.

OLIVIER ZAHM — A truck on its side — isn’t that a bit like the helicopter you set upside down or the airplane rotating over and over on its wings that you had constructed? How would you describe these works? As symbolic catastrophes?
PAOLA PIVI — [laughs] It’s the freedom to do things arbitrarily. 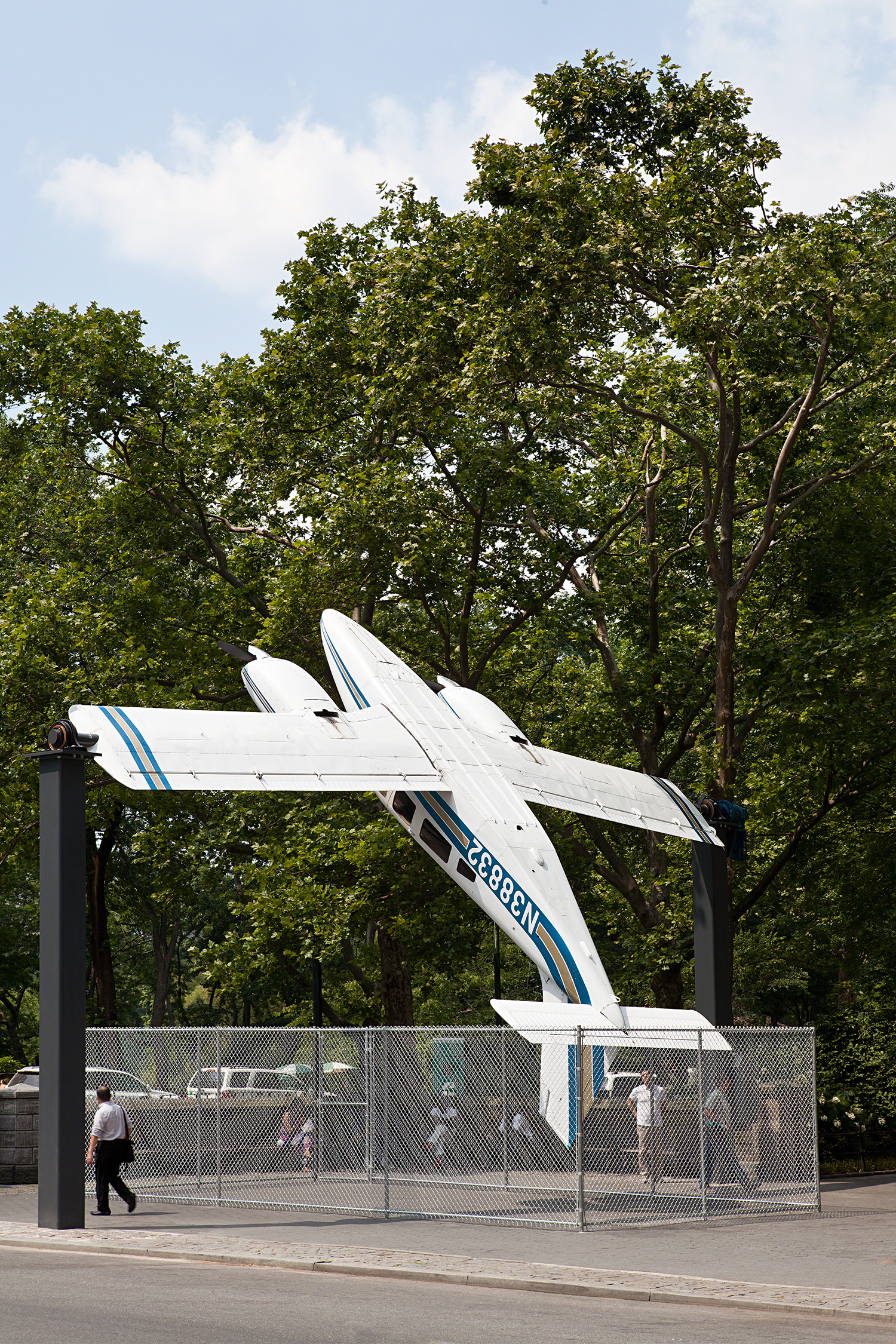 OLIVIER ZAHM — To change one’s way of thinking?
PAOLA PIVI — To do something that’s an example of the principle of life, something you can do from an individual point of view.

OLIVIER ZAHM — So you’re not dealing with accident or catastrophe or terrorism.
PAOLA PIVI — No.

OLIVIER ZAHM — Do you consider your work to be sculpture or performance?
PAOLA PIVI — Both.

OLIVIER ZAHM — Is it site-specific?
PAOLA PIVI — A truck on its side is not site-specific. In the Pescara show it sat at the entrance. It looked as if the truck had gone to sleep. I’d like to do one at a place where a truck would actually be passing by. I don’t want it to be monumental.

OLIVIER ZAHM — Will you continue to work with animals?
PAOLA PIVI — Yeah, the main installation, which will be half of the show, and is almost finished, uses polar bears.

OLIVIER ZAHM — Real polar bears?
PAOLA PIVI — Oh no, polar bear sculptures covered in turkey feathers. I’ll make lots of them in different colors. You think it’s bigger than is natural because a real adult polar bear is humongous: about three meters high when they stand up.

OLIVIER ZAHM — You make sculptures in a way that doesn’t convey a message. I remember you photographed a donkey standing in a little rowboat. I loved that donkey. It’s like the polar bear. Is there some kind of symbolism?
PAOLA PIVI — I don’t know what it’s about. What I like about art is that it tells me so many things that I don’t know and can’t put into words. I can read you some of the titles I’ll use for the bears: “Mama No More Diapers Please,” “It’s Not Fair,” “I Never Danced Before,” “I’m Tired of Eating Fish”…

OLIVIER ZAHM — So the title is part of the enigma.
PAOLA PIVI — Sometimes, yes.

OLIVIER ZAHM — You once used the title, “Share But It’s Not Fair.”
PAOLA PIVI — That was completely different. It was for pillows made in Nepal and shown in Shanghai. That piece was 100 percent political because it was in support of the Tibetan struggle. The pillows were made from monks’ yellow and red cloth. Today more than 100 Tibetans have immolated themselves. “Share But It’s Not Fair” meant that Tibetans are ready to share their place with China but that it’s not fair.

OLIVIER ZAHM — Has working in India changed your position on the art world?
PAOLA PIVI — I started to change position long ago, when I moved to an island. I was still reaching for distance. When I moved to Alaska in 2006, that was the same. There’s no art world in Alaska other than the Alaskan art world. So for many years I stepped out because I wanted to step out, because I’m curious about other things, which is what my art is about.

OLIVIER ZAHM — You don’t want to be going to openings every week, socializing. Is it escape? Do you like the isolation?
PAOLA PIVI — When I moved to Alaska I had to cancel a lot of things — things in my brain — in order to make space for Inuit culture. When I married a Tibetan husband I had to cancel another big bunch of things in my brain to make space for Tibetan culture. I love lots of things in the world, and art is definitely my bone marrow. So it’s not like I step out. I love the art world, too. I care about it. I love being interviewed by you. But I’m also shy, you know, so I don’t find it easy just to go to openings and meet new people.

OLIVIER ZAHM — The fact that your work is made on an island or comes from Alaska or India gives it an interesting aspect in terms of space and distance. It gives it energy and maybe a credibility that’s different from the nonstop art world and its business activities.
PAOLA PIVI — It’s a product of a real life.