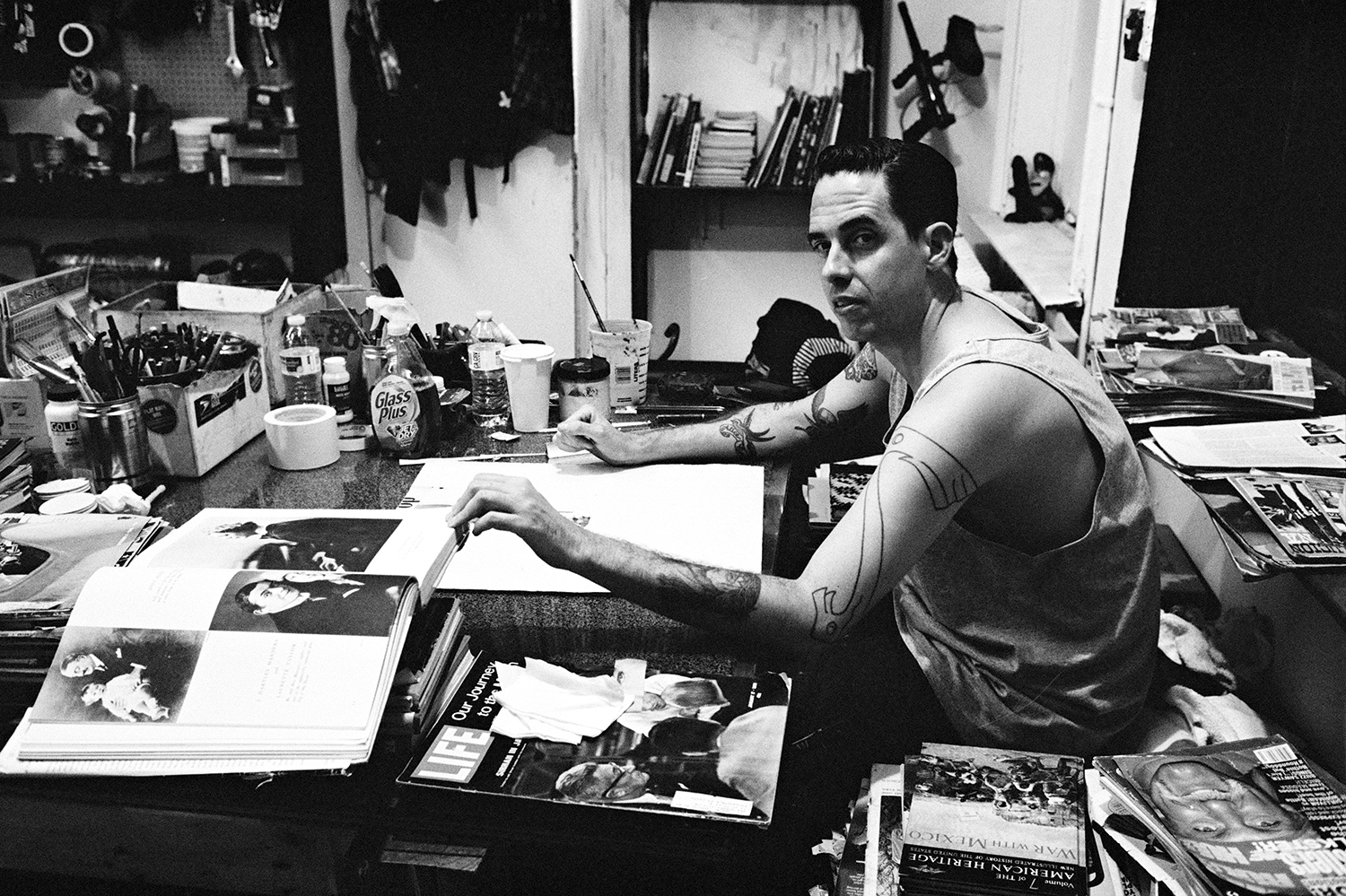 OLIVIER ZAHM — When did you arrive in New York?
ERIK FOSS — Halloween, 1996. I came from Phoenix, Arizona. I was 23, but I have known since I was 12 that I wanted to be an artist in New York. There’s nothing else I ever wanted to do.

OLIVIER ZAHM — Did you go to art school?
ERIK FOSS — I didn’t. I got accepted at Cooper Union and a couple of other art schools, but I chose not to go. My dad left when I was 12. My mom and I were poor, so it would have been very hard for me to move to New York to go to Cooper, or to LA to go to the Art Center. It would have been hard just to get there. Anyway, I was already so busy skateboarding and making my own art, and I also had a t-shirt line. I thought I could just do it on my own. I took my own path and wound up in New York working in restaurants and then in bars. Eventually I opened Lit Lounge.

OLIVIER ZAHM — You created your own space, which is still a beautiful place for artists and others to hang out in a very free way. How did that come about?
ERIK FOSS — I was living in a Chinatown loft with a roommate who owned an art gallery in Little Italy. The lease had run out, and he needed to find a new gallery. We found a space on Broome Street between Mott and Mulberry and I became involved there, showing my work and helping promote the space. It was called Subculture, and it was open from 1996 to 2002. That was the precursor to Lit.

OLIVIER ZAHM — How did your art change when you moved to New York?
ERIK FOSS — It took about 10 years of painting terrible things over and over again for me to teach myself how to work with oils. I taught myself how to sculpt, too. I taught myself a lot of things, but what I couldn’t teach myself, eventually, I just learned through owning a gallery and through people like Karla McCormick and some other really important people in my life who were artists and were really educated. I started going to openings and going to museums and learning about art history and conceptual art. I was seeing what was done before. 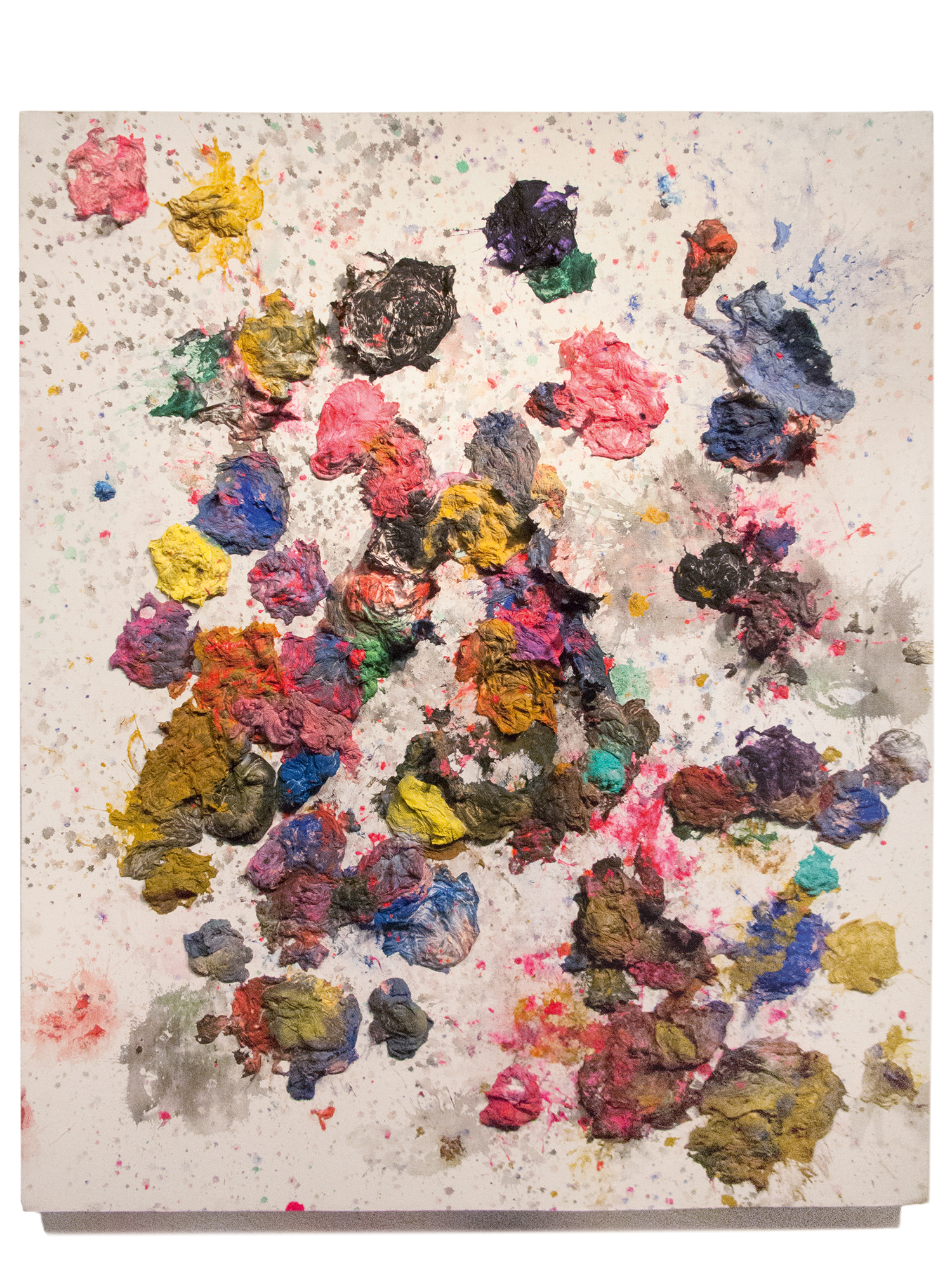 Pink Eye, 2012, mixed medium on canvas courtesy of the artist

OLIVIER ZAHM — So you learned by reading and looking at what was going on in New York, but also by creating a community around you.
ERIK FOSS — Yeah, when we opened up Lit Lounge in February 2002. Steve Lewis told me that I was supposedly the youngest bar owner in the history of New York. He used to own the Limelight, and he became a very close friend shortly after Lit opened.

OLIVIER ZAHM — So you decided to open your own place. How would you define it?
ERIK FOSS — Lit is a multicultural drinking establishment. There are two floors with a music venue that has both a DJ culture and live music. And then in the back, there’s an art gallery called Fuse, which I curate.

OLIVIER ZAHM — So Lit was immediately connected to the new generation of downtown New York artists, like Dan Colen, Ryan McGinley, and Nate Lowman.
ERIK FOSS — They all had just gotten out of art school, or were in art school, and spent their time there. I have candid photos of that whole crew, all of them.

OLIVIER ZAHM — I discovered Lit through Dash Snow. He loved it.
ERIK FOSS — When Lit opened in 2002, Leo Fitzpatrick, Ben Cho, Brian DeGraw, Spencer Sweeney, and Paul Sevigny were all DJing in the basement on Monday nights. Leo started the party, and that’s where Ryan McGinley started doing his first public photo shoots. He did Polaroid portraits of a thousand kids in the basement. It was insane who came through there. For a year straight it was just chaos. Anyway, Dash was just always around. Someone told me years later about his family background and all that, and it totally blew me away because most people in that position in New York aren’t as free-spirited and sweet and open-minded and nonjudgmental as he was.

OLIVIER ZAHM — When did Fuse open?
ERIK FOSS — The gallery opened in March of the same year as the bar, with a solo show for H.R. Giger, the guy who did the Alien movies. That put us on the map. That was like this magical experience. Giger hadn’t had a show in New York in almost a decade, so it was a big deal for him and for us. 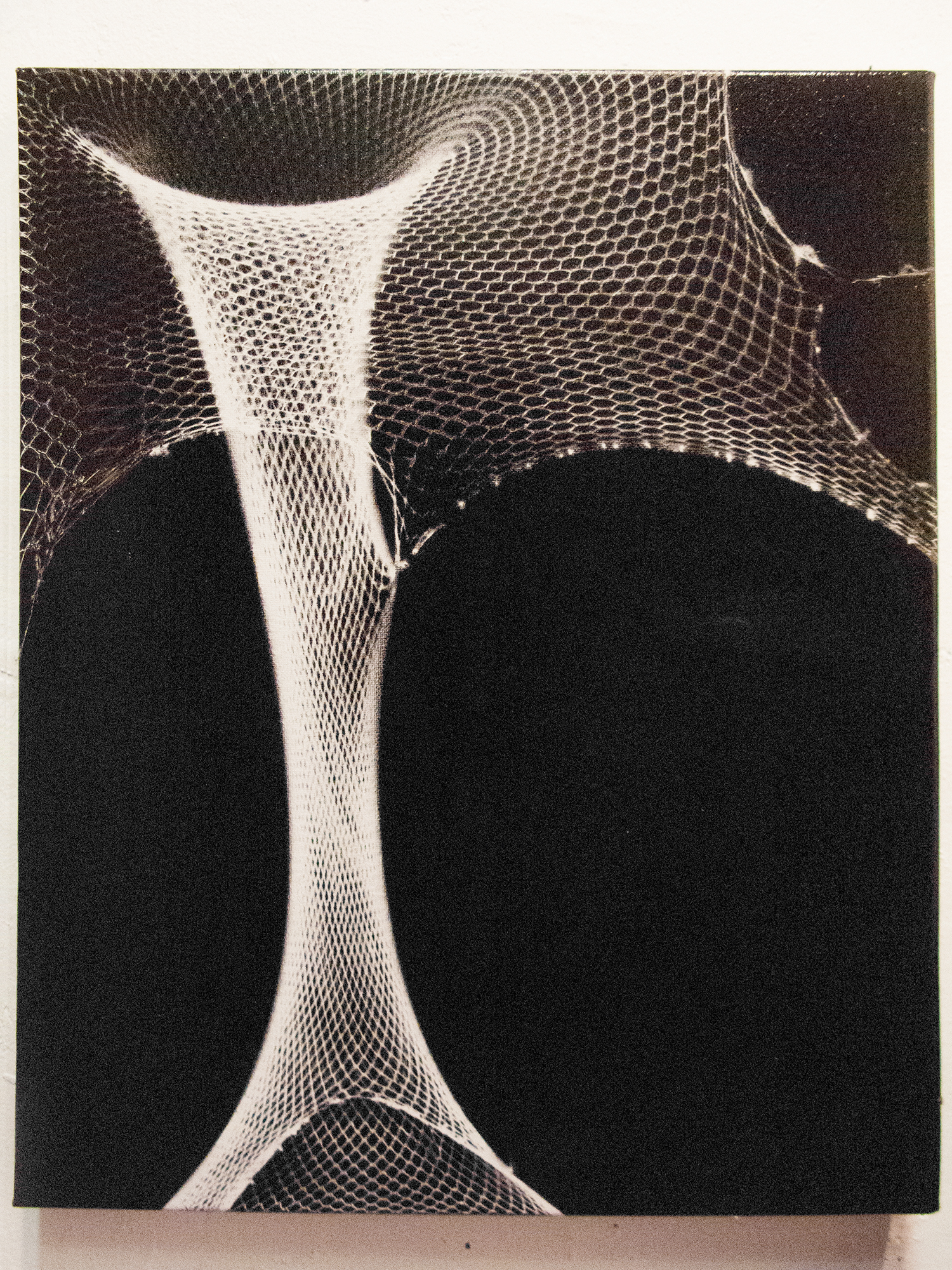 The Wasp, 2012, spray paint on canvas courtesy of the artist

OLIVIER ZAHM — And it’s been a bit over 10 years now that you’ve been open.
ERIK FOSS — It’s a miracle we’re still open. It’s self-sustaining and pays my bills — barely — but it’s more like a project. We really didn’t know how long we were going to be open. My partners and me, we’re all artists — to get a bunch of artists together and have a real legitimate business is crazy.

OLIVIER ZAHM — Can you remember a particularly important art show at Fuse?
ERIK FOSS — It’s between H.R. Giger and Mick Rock. He did his first show of all those Syd Barrett photos he had taken. And I’m the biggest Syd Barrett fan on the planet. I’ve got my Syd Barrett tattoo right here: “Shine On You Crazy Diamond.” Wes Lang did that, actually; It’s one of his early tattoos. The diamond got so infected it actually washed out. But as far as shows go, we did Martin Atkins. At this point, it’s just insane. Winston Smith had a great show, too. He’s the guy that did the Dead Kennedys logo, and he had all these collages. That was incredible.

OLIVIER ZAHM — What about shows on your own work?
ERIK FOSS — I had a solo show in Los Angeles that opened on June 8th, called “Exorcisms.” It was at a new gallery in Culver City called Paul Loya Gallery. I sort of exorcised my demons because I had as crazy a life as anyone could imagine. I just turned 40 a couple of months ago, so I feel at this point in my life, there’s no more drugs, alcohol, chasing women, jumping out of second-story apartments, and there’s no more vandalism or theft. All the crazy shit I did as a kid that makes me very lucky to be alive, all of that is over. For example, I did these toilet paper paintings, which involved throwing toilet paper up on a canvas on the ceiling and spray painting the toilet paper. And for that, the theme is vandalism.

OLIVIER ZAHM — So how exactly do you do it?
ERIK FOSS — You take normal toilet paper, like the shittiest kind in a bar. You roll it up, dip in it a mixture of water and this stuff called matte medium, which is like Elmer’s Glue. When it dries it’s clear and archival, so the paper will never deteriorate. Then you spray paint it and throw it up on the ceiling and it sticks. When it dries it turns into these colorful stalactites.

OLIVIER ZAHM — What else are you making?

OLIVIER ZAHM — So you transfer this gesture of your teenage years onto the canvas.
ERIK FOSS — Not just teenage, I was doing that up until 40! But now I feel like I turned a corner where it’s like, I could get married and have kids now and feel like I did it. But I’m still living here, and I still have the club, and I still have crazy friends, like you. I’m still surrounded by beautiful women. But I’ve gotten to a point where I’ve had enough.

ERIK FOSS — Yeah, that’s what this show is about. What I had to go through and what I had to suffer through: heartbreak, lost love, pain and addiction and, you know, plain craziness. Just being a crazy artist growing up in this crazy country with no money.