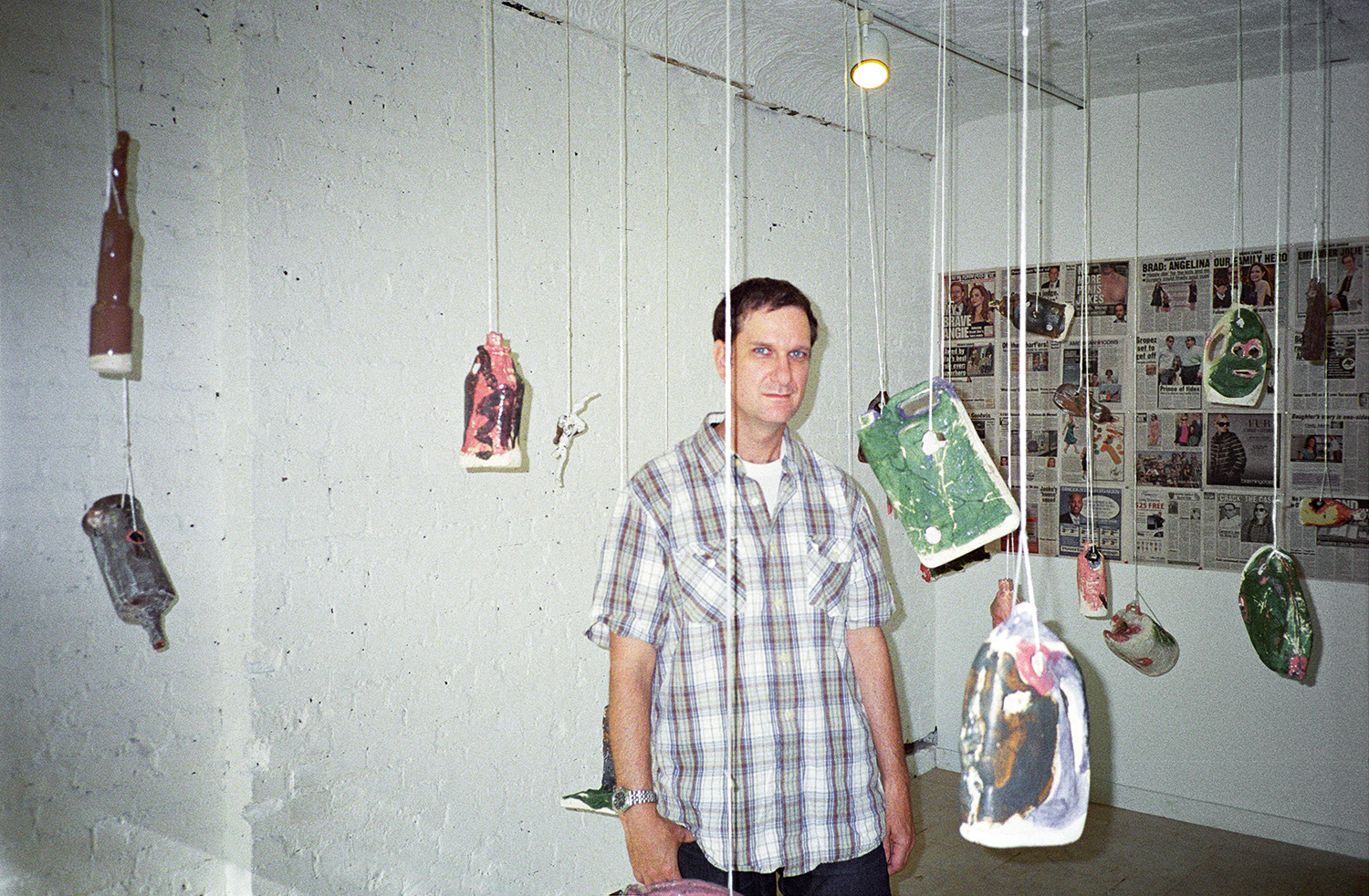 BILL POWERS — Is it true that John Currin came to visit your college?
JOSH SMITH — Yes, I was an undergraduate at the University of Tennessee. I think it was 1997-98. He was already well known. He did a studio visit and seemed to like what I was up to. I was making these painted stages and painted flags on flagpoles. I like and respect his work a lot. It meant a lot to me.

BILL POWERS — Were you already doing the name paintings?
JOSH SMITH — Mostly they started after school. I was writing Joshua Smith back then. I did lots of different things. I did a whole bunch of Twin Towers paintings, but that was before they got knocked down. I was using my name in the paintings, but not in the same way as I did later on.

BILL POWERS — Have you ever shown those publicly?
JOSH SMITH — No, In a fit of depression I destroyed all of them. Well, I sold one and I know where it is. If I ever wanted to borrow it, maybe I could. 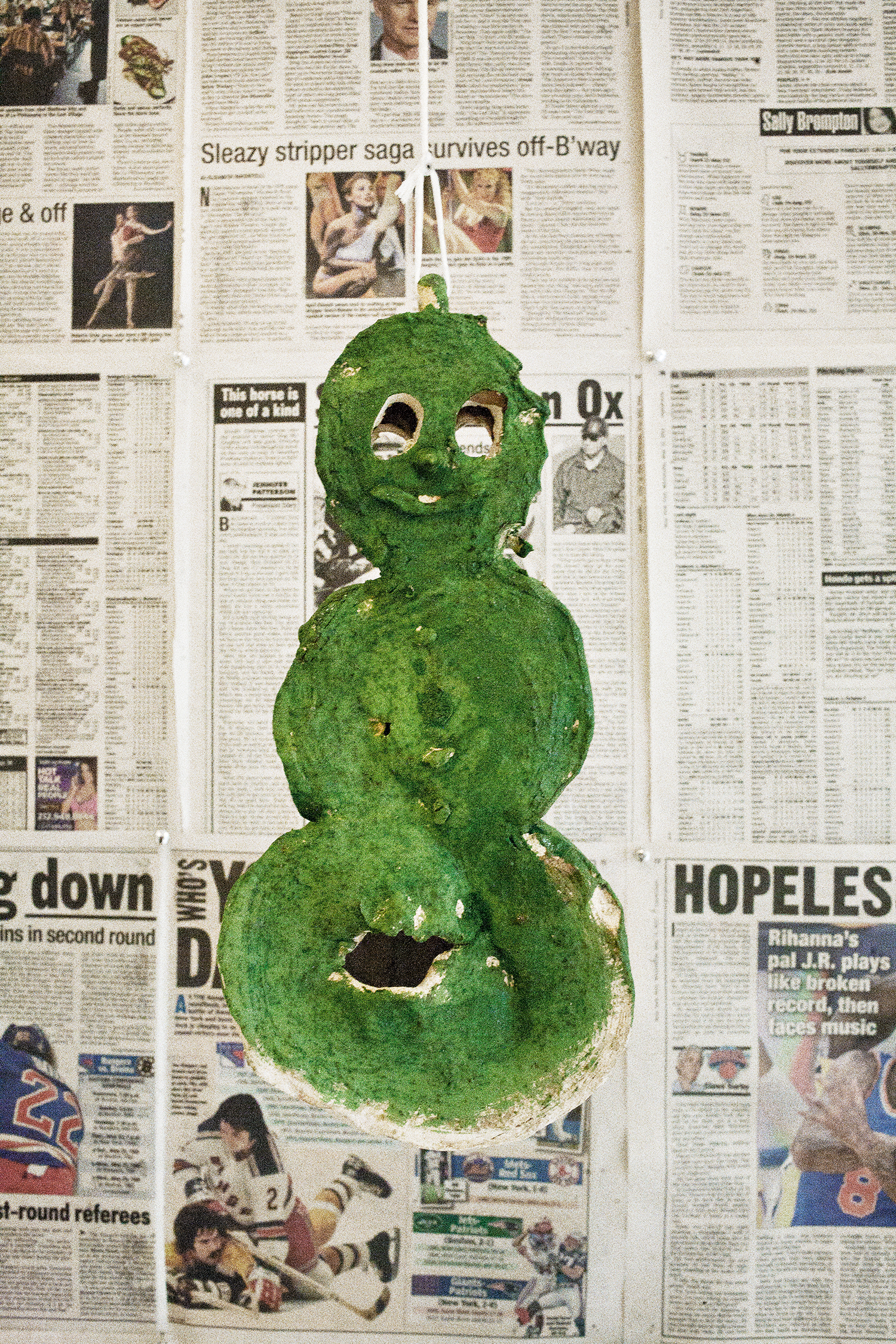 BILL POWERS — Didn’t you start off as Christopher Wool’s studio assistant?
JOSH SMITH — I worked there for seven-and-a-half years. I learned a lot from him.

BILL POWERS — What about the rap album that you and Harmony Korine were going to produce for this morbidly obese dude from New Orleans?
JOSH SMITH — I’m not doing it. His name’s Cedric, but he goes by Ceddybu. I don’t want to say morbidly obese, but he’s crazy big. When he does concerts, he has to stand in front while everyone else is on stage because the stage could collapse. The guy has a weight problem, but he seems bright and funny. It’s Harmony’s thing, really. I don’t know him.

BILL POWERS — When did you decide to ditch New York City?
JOSH SMITH — After I had back surgery, I was trapped in this dark apartment for three months, and the East Village had all these spoiled people with barking dogs moving into the neighborhood and then they banned bikes and threatened to ban smoking in my building, which sickened me. It seemed like a good time to take a break.

BILL POWERS — And before you gave up your studio on 38th Street, Urs Fischer documented the place and subsequently re-created it for his MOCA show.
JOSH SMITH — He photographed my studio after I’d already whitewashed the walls and painted the floor. I was just about to move out. The space appears empty, except there are a few little painted objects that were leaning around. Urs was interested in capturing the parts of New York that are always disappearing and getting replaced. I don’t know. It was a surprise to see it in LA. 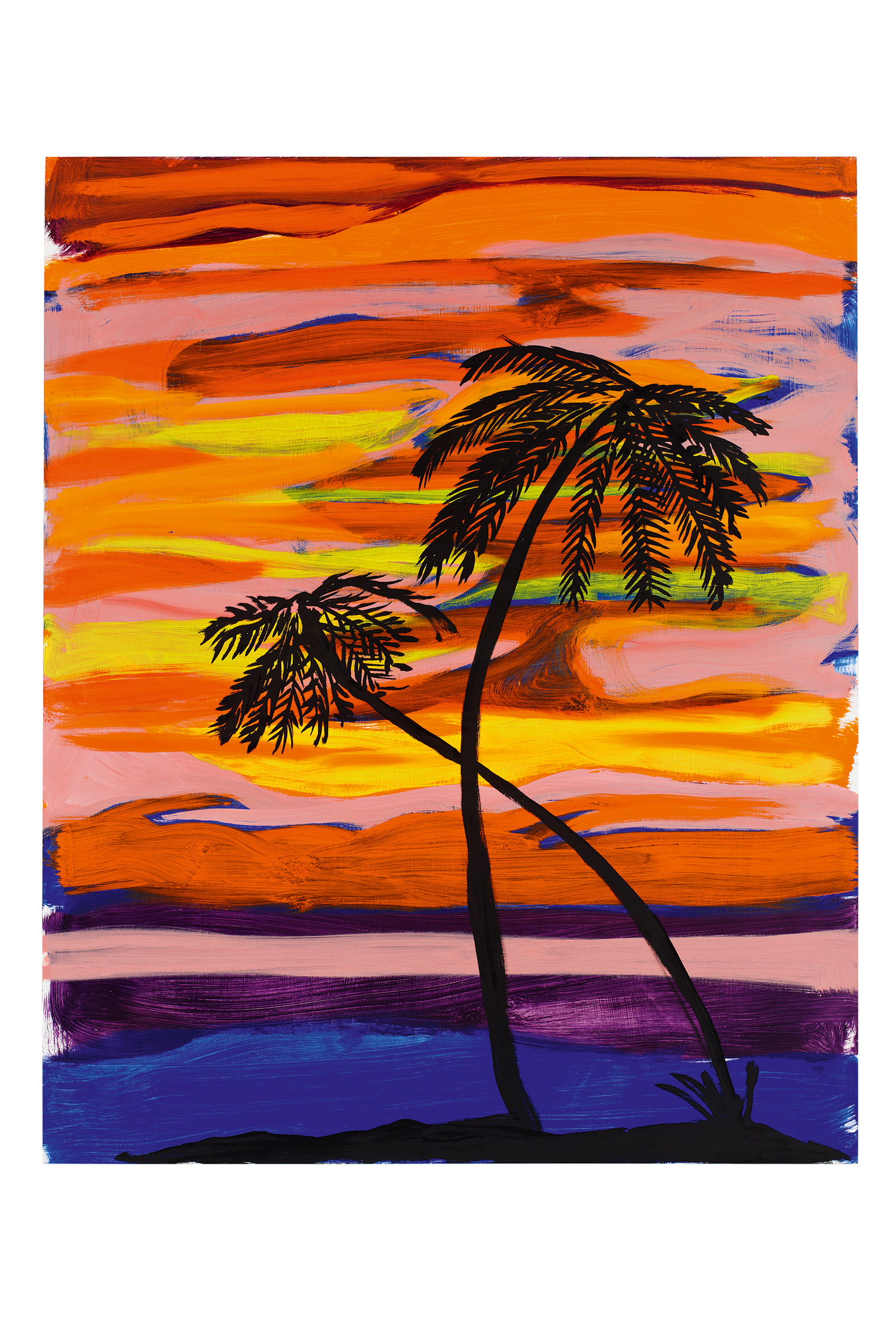 Untitled, 2013, oil on panel courtesy of the artist and Luhring Augustine, New York

BILL POWERS — Were the organizers upset when you tagged the front of the Giardini during the last Venice Biennale?
JOSH SMITH — No, they asked me to do it as an announcement. It was printed, I didn’t do it by hand. John Baldessari had made a beach scene on that front of the building for the one prior. It was all very professionally done. It was an honor to be asked to be in that show. Plus, I went really early to install and got to hang out with some nice people.

BILL POWERS — What are you doing for your next Luhring Augustine show?
JOSH SMITH — Well, I’m ordering stretcher bars for the first time, which I’ve never done. I always like to think that everything I make is from scratch. I might do some paintings of cacti. And maybe a bunch of palm trees. I never get to see the beach, but I know it’s easy to paint.

BILL POWERS — Is there a Mona Lisa of paintings for you?
JOSH SMITH — Tons. But I don’t like to stare at art too hard. I don’t want to be too influenced by things. I just want a snapshot of the energy.

BILL POWERS — So will you move back from Pennsylvania soon?
JOSH SMITH — I’m looking for a new studio here now. I’ve only been in New York six days this year. Devastating things can happen to me socially. I’m too sensitive. Someone will take a cheap shot at me and I won’t go out for months. Living in Pennsylvania was good for me. Time to reflect and regain my appreciation for New York.

BILL POWERS — I think Jonathan Franzen once said that no masterpiece has ever been written with a good Internet connection.
JOSH SMITH — We’re getting Internet this week.

BILL POWERS — What was the ceramic show you did at Home Alone 2 gallery this summer?
JOSH SMITH — I have a little ceramic studio at my place. I have a cooker. But I don’t really know anything about it. I basically just use it as a microwave for clay.

BILL POWERS — But ceramics are a little trendy these days, no?
JOSH SMITH — I’m not sure about showing that work. But whoever wants to challenge me to make some Play-Doh shit, I will accept. It’s disappointing to learn that you can’t only be an artist. You also have to be an entertainer. You can’t just roll in with your eight paintings. You have to have a personality to go along with what you’re doing.