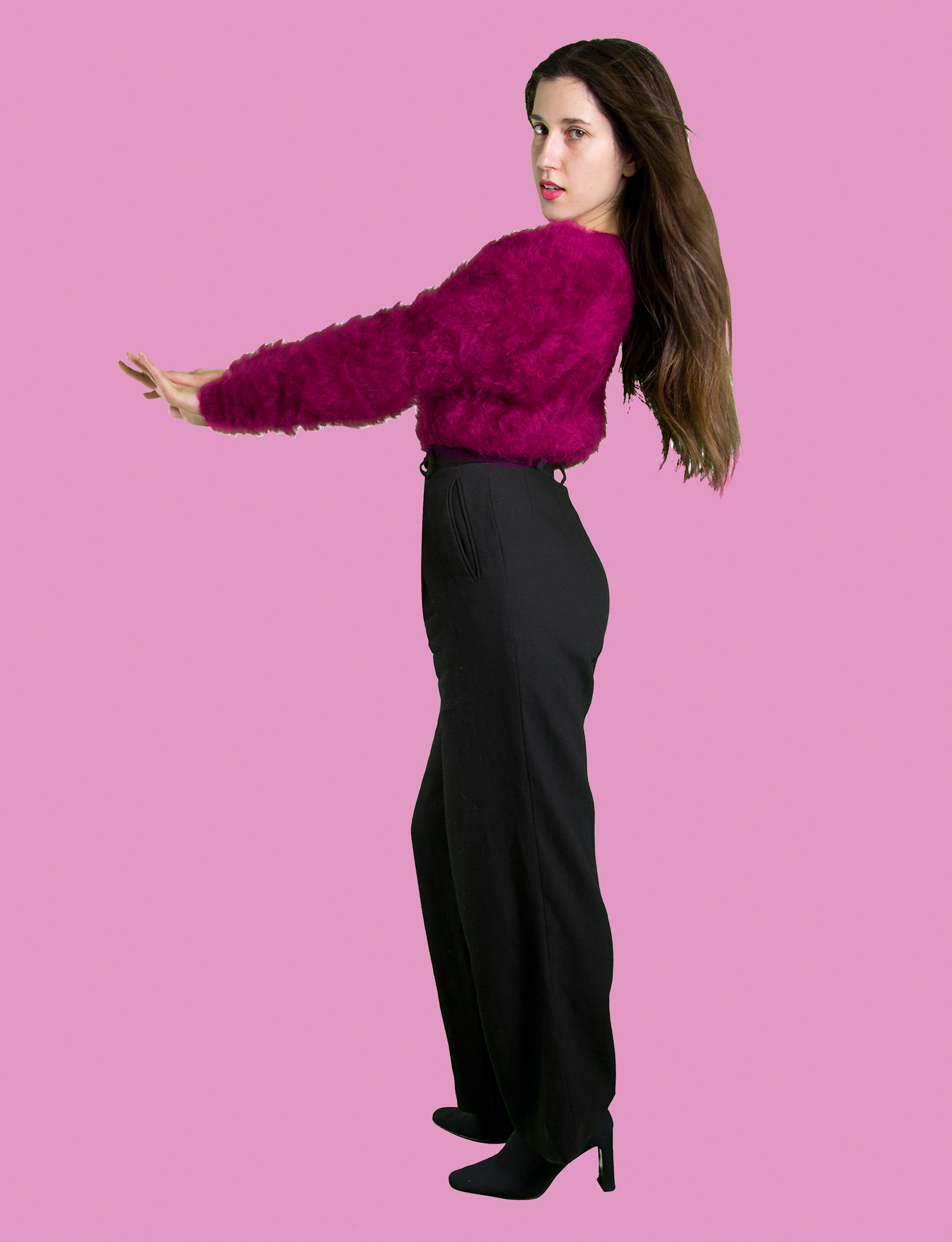 Beyond the gilded Hollywood Hills lies the Los Angeles suburb of Silverlake. It’s here, shacked up in a dilapidated bungalow, that the English artist Ed Fornieles has built his fort of dreams. It’s a world of Twitterbots and confetti-filled Stewie sculptures. Currently Ed is working on a new project, a website called maybenewfriends.com. The site exists in a space between reality TV and social media, where all modes of communication are combined and cross-fed to form a dialogue of Internet jest in which we may identify and find a new e-friend. Responding to the frenetic pleasures of social media, Ed creates a world that, in its indulgence of fantasy, is perhaps the closest thing to reality that we may encounter in contemporary art. Purple spoke with Ed and Britney Rivers, one of the characters featured in maybenewfriends.com, in an attempt to distinguish the online from the real.

ARIELLA WOLENS — Are you interested more in the language and characters that the Internet facilitates than the medium itself?
ED FORNIELES — I just use what everyone else is using, whatever is popular.

ARIELLA WOLENS — What do you understand to be the behavior that we adapt to as online presences?
ED FORNIELES — I think we are all getting better at producing ourselves. In the early 2000s it was all about Paris Hilton; now it’s all about you. That means we all need to start thinking like Paris Hilton.

ARIELLA WOLENS — Would you say you approach notions of love and fantasy with sincerity in your work?
ED FORNIELES — For me, the possession of the “truth” is less important than emotional sincerity, and at its best the viewer or participant in a performance has the potential to have a sincere moment through fantasy, construction, and permission. A lot of the performances are geared to disrupting routine, ’cause in that lies the potential for some great moments.

ARIELLA WOLENS — What do you trawl the web for?
ED FORNIELES — Well, I trawl the web for many things. At the moment I’m into teen meme blogs ’cause you can really get a lot of likes with those images, and I like the Like game. And obv’ I like to go into the black hole, clicking through, seeing where you find yourself. Jack Kerouac and the Beats got on the road; I suppose we’ve got URLs and online interactions.

ARIELLA WOLENS — If the Internet were a physical site, where would it be?
ED FORNIELES — It would be LA: lots of different worlds you can drive into, you don’t happen upon, you click in — pre-Internet Internet.

ARIELLA WOLENS — Can you talk about your performance-based pieces — such as Character Date, the recent Pool Party Plays Itself on MOCAtv, and the Dreamy Awards?
ED FORNIELES — I like the word “performance,” and it can be applied to a lot of the online as well as offline work I do. I find it exciting to mimic structures that happen to be about, like, Facebook. The performances are simply a platform people inhabit, generating content as they go along.

ARIELLA WOLENS — What reaction do you want to evoke from people with your work?
ED FORNIELES — Huh, WTF, OMG…

ARIELLA WOLENS — So Britney, what kind of woman are you online?
BRITNEY RIVERS — Crazy sexy cool… except I think that’s a TLC album. I don’t know, I’m a top, but I know how to play a bottom.

ARIELLA WOLENS — Do you see yourself as an artist? Performing a role?
BRITNEY RIVERS — The activity goes parallel with the role of the artist in some ways. There’s content and an overbearing ego. But I’m not really into art.

ARIELLA WOLENS — What’s the most disturbing experience you’ve had with someone online?
BRITNEY RIVERS — I can’t think of an experience I’ve had with someone online that affected me negatively. I’m open 24/7, I love TMI and I always have. Once I saw a sponsored ad for Walmart-brand cream cheese on my Facebook profile and that really traumatized me. But I can only hold the media accountable for that… and maybe my recent search history. Oops!