Ilja Karilampi blurs the line between reality and fiction, as seen in his work The Chief Architect of Gangsta Rap (2009), something that works to legitimize rap culture while subverting it through the artist’s imagination. Karilampi tells the story of Dr. Dre’s past as part of the funk group World Class Wreckin’ Cru, comparing his fastidious style as a sound engineer to the architect and urban planner Le Courbusier. The work is delivered with the authority and tone of a historian, heightening its tension when mixed with the absurdity and genius wit of suggestions such as: “Could Dre have designed a luxury cabin in the woods worthy of MTV Cribs?” 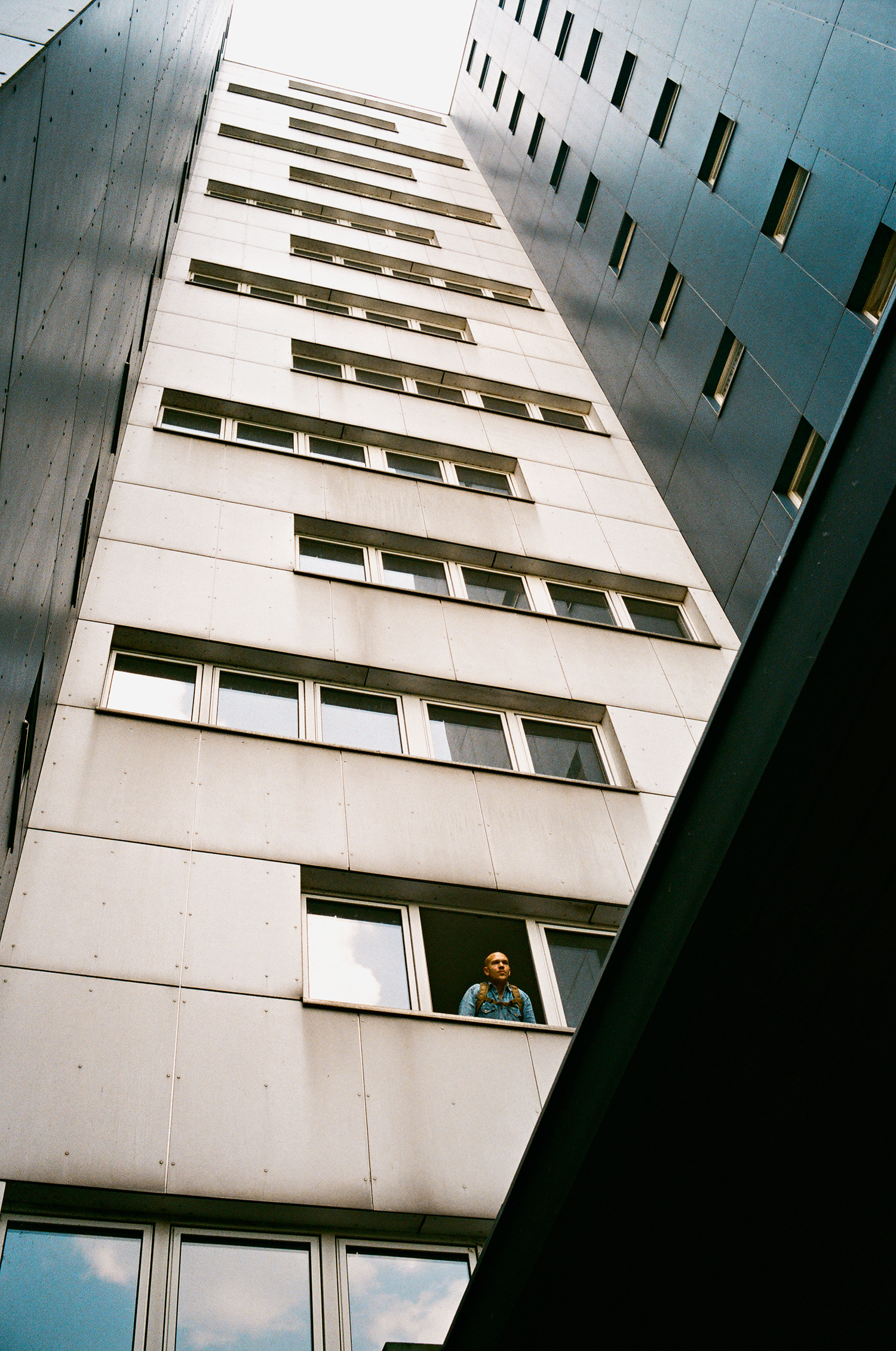 ARIELLA WOLENS — Your work hoodumentary deals with the housing projects of Amsterdam, comparing them to the ghettos of the USA. Where do you see the similarities and divergences?
ILJA KARILAMPI — The hoodumentary was an attempt to create a new genre, based on the documentary format but tweaked to what I found fascinating. I was focusing on material that was moving in the social-realism circle, but with a very R&B flavor, churning out stuff with simple equipment. I mean anyone can edit these days, and so it’s more how you assemble the material.

ARIELLA WOLENS — You’ve spent time in Sweden, Berlin, and New York. How have these places affected you?
ILJA KARILAMPI — I like the fact that Jean Genet was a gay thief pimp at the same time as being an author, or becoming an author, and later he went on to describe the situation in the Middle East, but still with the same pen and subjective voice. Steve Buscemi was a firefighter and started acting after that, and then he went back on 9/11 and did his old job without being noticed. I think you have the potential to become many things in life. As an artist you are free to explore other parts of society.

ARIELLA WOLENS — Who is the best rapper in the game?
ILJA KARILAMPI — Honestly I’ve always had an affinity for the UK rap scene, like Boy Better Know. I really like the video where JME promotes the BBK SIM card. Also Hydroboyz from Bijlmer, Amsterdam. Maybe it’s just some European vicinity thing where I know we are having the same weather. I really dislike the people listening to rap who refuse to embrace the new. The whole genre comes from renewing itself. I’m mostly really into the producers behind it or how they work together, as a musical team.

ARIELLA WOLENS — Where did you get the idea of comparing Dr. Dre’s style as a producer to that of Le Corbusier in your work, “Dr. Dre: The Chief Architect of Gangsta Rap?”
ILJA KARILAMPI — There was this rumor that members of the N.W.A., Dr. Dre especially, had been pursuing studies in architecture before becoming gangsta rappers. That was mindblowing to me, the connection between something so concrete as a certain house and a certain music; and of course the surroundings where he grew up affected his music.

ARIELLA WOLENS — Can you tell us about your new work, Hendrix Incident?
ILJA KARILAMPI — Jimi Hendrix came to Gothenburg in 1968 and totally smashed up his hotel room, got taken in by the police, and was forced to stay for two weeks in my hometown during the winter. The 14-minute video contains new After Effects works as well as older videos I recorded in a park as a teenager, actually running around trying to portray Hendrix songs, like a performance. How boring could it have been for him during those weeks? What really happened? The whole film will be premiered at Frieze this autumn. There will be a smashed VIP room, a wrecked hotel room, where even the flatscreen is hanging on a 10-degree angle ’cause someone bumped into it. It’s like glamorous destruction as a sculptural method, so it will be the centerpiece of an installation.