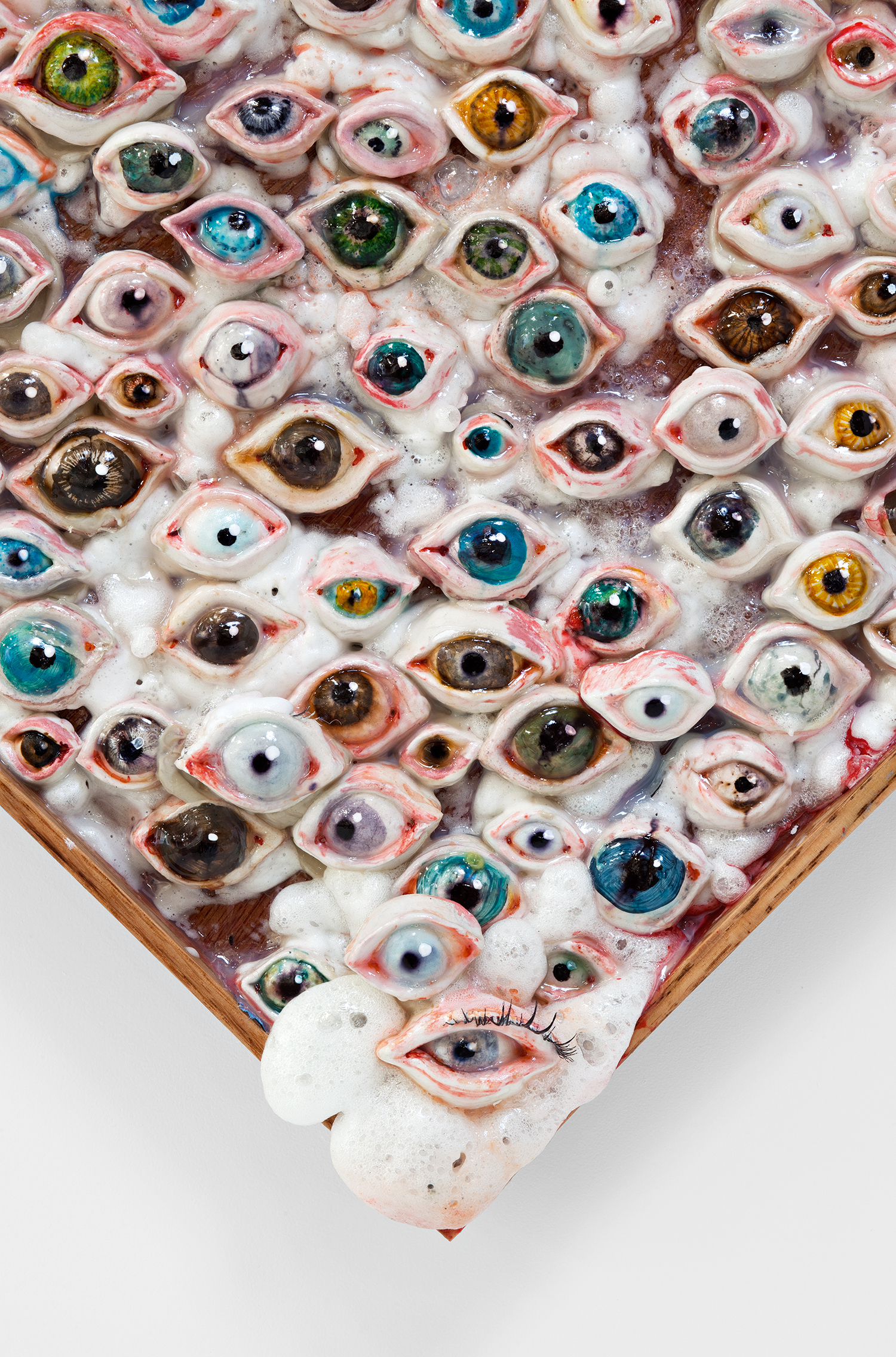 The conventional allure of Los Angeles includes the near-perfect climate, dazzling sunsets on the beach, and chance encounters with movie stars coming out of a Starbucks. The superficial surface of the city is endlessly fascinating, but since moving here three years ago, I have found much more stimulation on the cultural margins.

Los Angeles’s diverse neighborhoods provide a haven for underground geniuses who manage to survive and sometimes thrive while hidden in plain sight. It is amusing to watch movie stars dodging the paparazzi outside Mr. Chow, but it is much more interesting to run into Kenneth Anger in a booth at Musso and Frank on Hollywood Boulevard, where he goes to enjoy their Thursday night special, chicken pot pie.

One of my first projects as director of the Museum of Contemporary Art was “The Artist’s Museum,” a large exhibition of the most influential artists in Los Angeles. I asked the curatorial staff about Kenneth Anger, hoping that we could include him. First, there was a question about whether or not Anger was still alive. One of the curators promised to research the matter and came back with the response that, yes, Anger was still alive, but had not lived in Los Angeles in years; he was in London. I did not question this information even though it was inconsistent with what I had assumed. We put on the show without him. 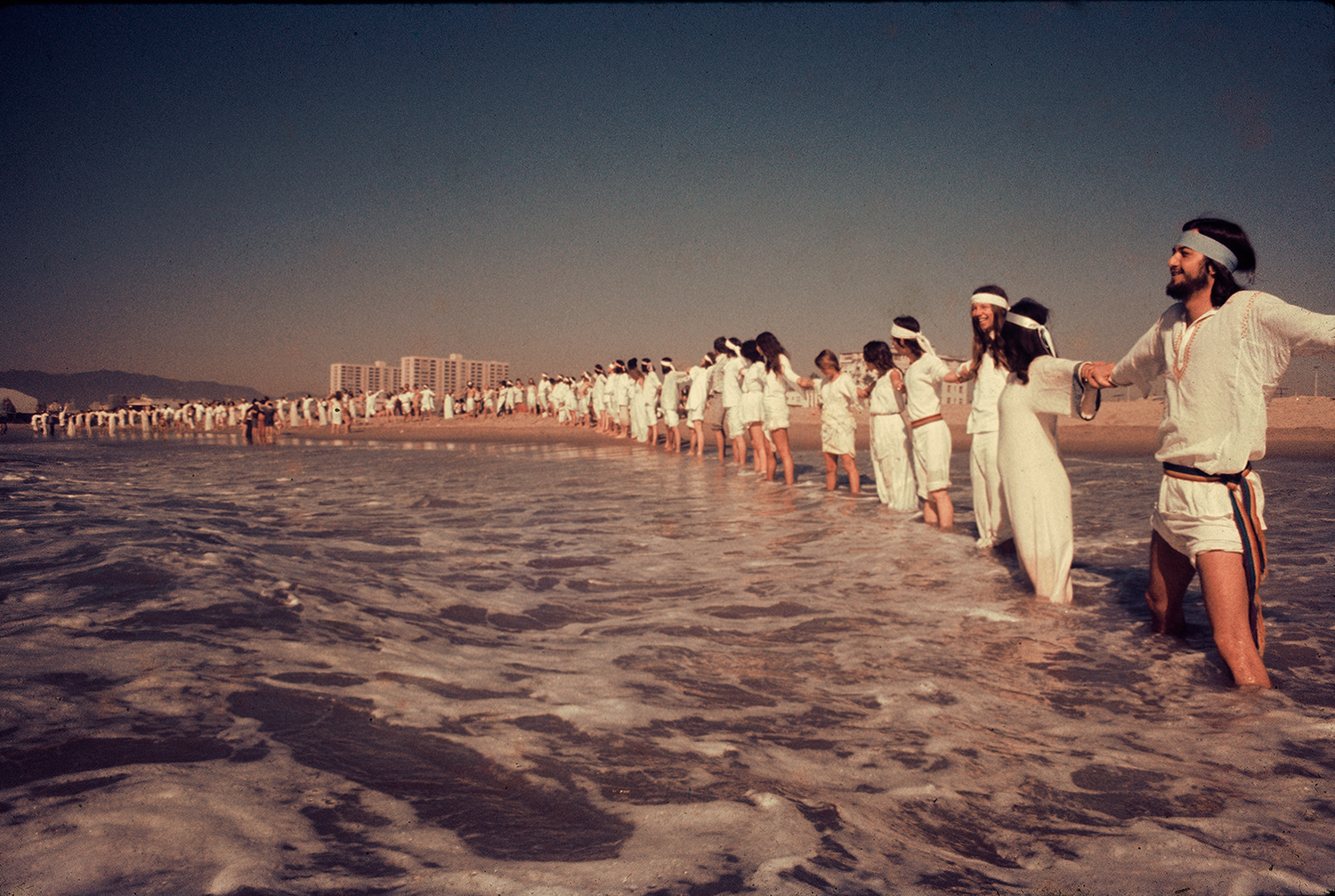 A few months later, I encountered Brian Butler, a taciturn artist with long straight hair falling below his shoulders and a scary reputation for his mastery of occult knowledge. In addition to his own work, Brian was the part-time director of Anger Management, the one-person company that tries to manage the career of Kenneth Anger. Butler confirmed that Anger was not only alive, but was playing the theremin with him in their new band, Technicolor Skull. Although he keeps his personal life discreet, it was likely that Kenneth was still living in the modest room on Hollywood Boulevard that he had occupied for years.

Brian arranged for Kenneth to come to the museum so that we could meet. He warned me that Kenneth would not say much and that the meeting would be short. I had an instinct that Kenneth would be prompt and went down to the entrance to greet him. Just as I approached the door, a minute before our scheduled noon meeting, he was already there, looking almost exactly as he appeared in his seminal 1947 film Fireworks. He was dressed like an American Southern gentleman from the 1950s, in a seersucker suit with a rep tie and a golf hat. Brian was right: Kenneth was taciturn, but our short meeting resulted in him accepting my invitation to have his first Los Angeles museum show. 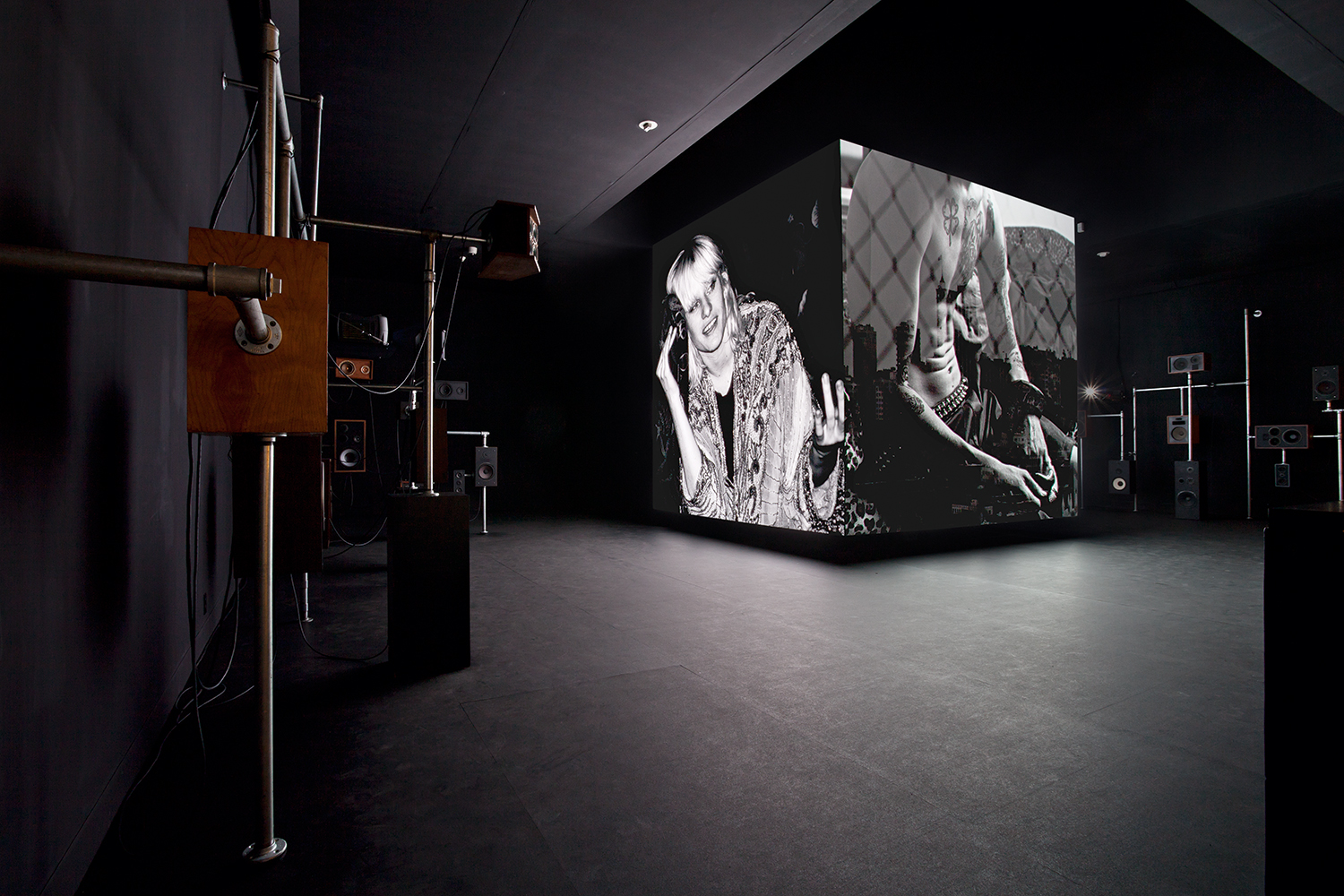 George didn’t want a solo show. He preferred to collaborate with a younger group of New York and Los Angeles artists who are revisiting the tradition of assemblage. With the help of curator Neville Wakefield, he orchestrated a fascinating collaborative exhibition with Kathryn Andrews, Kaari Upson, Amanda Ross-Ho, and Melodie Mousset from Los Angeles, and a group of his New York admirers including Dan Colen, Nate Lowman and Hanna Liden.

Another pioneering cultural innovator in Los Angeles was Rudi Gernreich, one of the most inventive American fashion designers. His work emerged from his engagement with modern dance and his connection to the Los Angeles art world as well as his brilliant instincts about the future of fashion design. I remember when Rudi appeared on the cover of Time magazine in 1967, with models Peggy Moffitt and Leon Bing. I was a teenager, enthralled by his fusion of vanguard and pop culture. 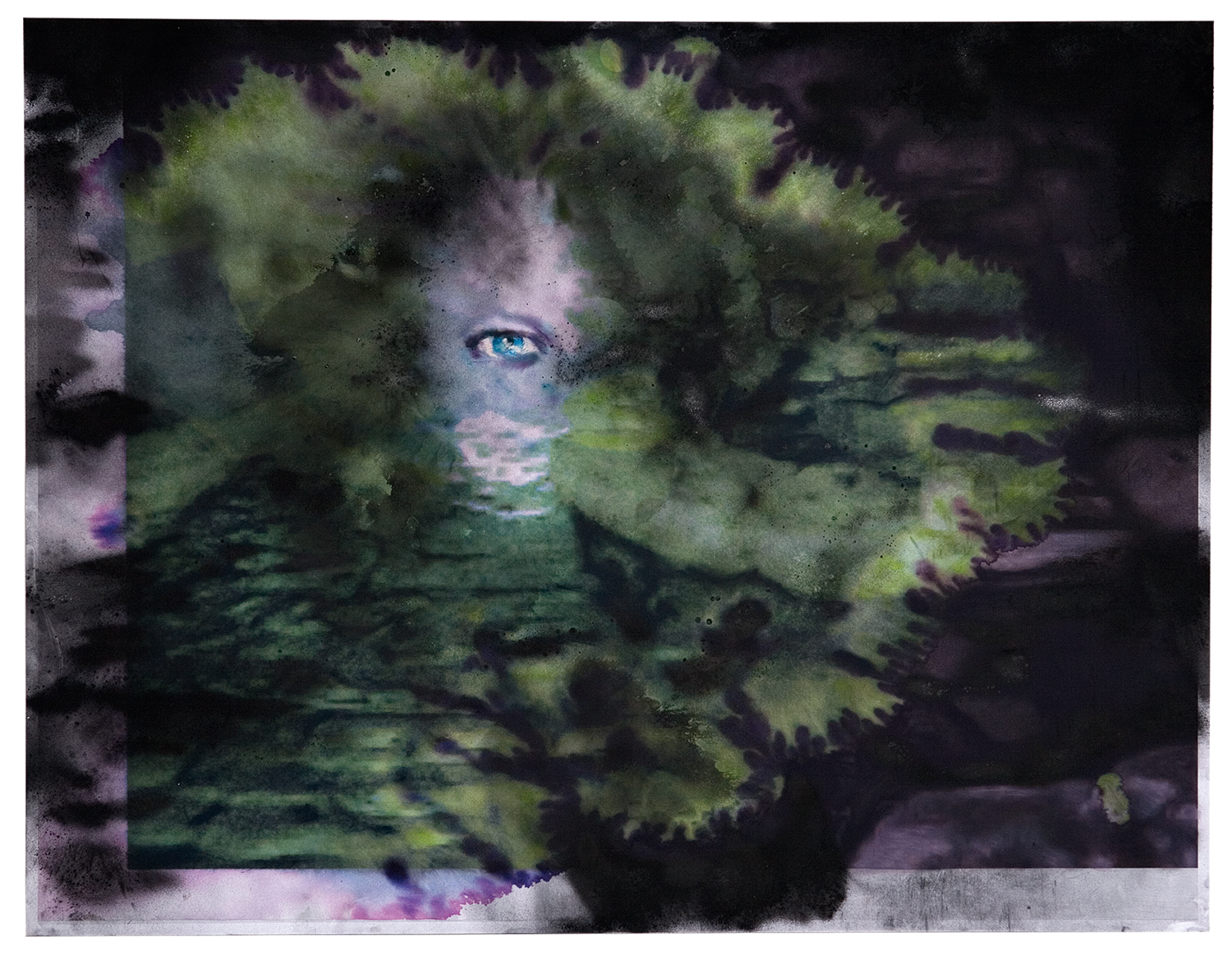 Shortly after moving to LA, I met Cameron Silver, the expert in vintage fashion and co-owner of the influential boutique Decades. Cameron told me that he was friendly with Peggy Moffitt, Gernreich’s primary model and muse, who still owned a collection of almost all of his greatest designs. With Cameron’s help, we presented an exhibition of the most important work from Peggy’s Gernreich collection, celebrating the three-way collaboration between Rudi, Peggy and Peggy’s late husband, the great photographer William Claxton. Bill Claxton created the iconic photographs of Peggy modeling Rudi’s notorious topless bathing suit and his other groundbreaking designs, which had an impact not just on fashion but also on society.

Another inspiring figure who contributed to art from an unconventional perspective is Gusmano Cesaretti. He was one of the great
discoveries in our “Art in the Streets” exhibition. Gusmano, whose work is now the subject of a handsome new book edited by Aaron Rose, arrived in Los Angeles in the early 1970s, a young émigré from Lucca, Italy. He began exploring and photographing the East LA neighborhoods where the distinctive Cholo gang graffiti was born. Gusmano has worked for years setting up shoots in rough neighborhoods for the director Michael Mann, using the same engaging personal qualities that made the toughest gangsters open to being photographed. 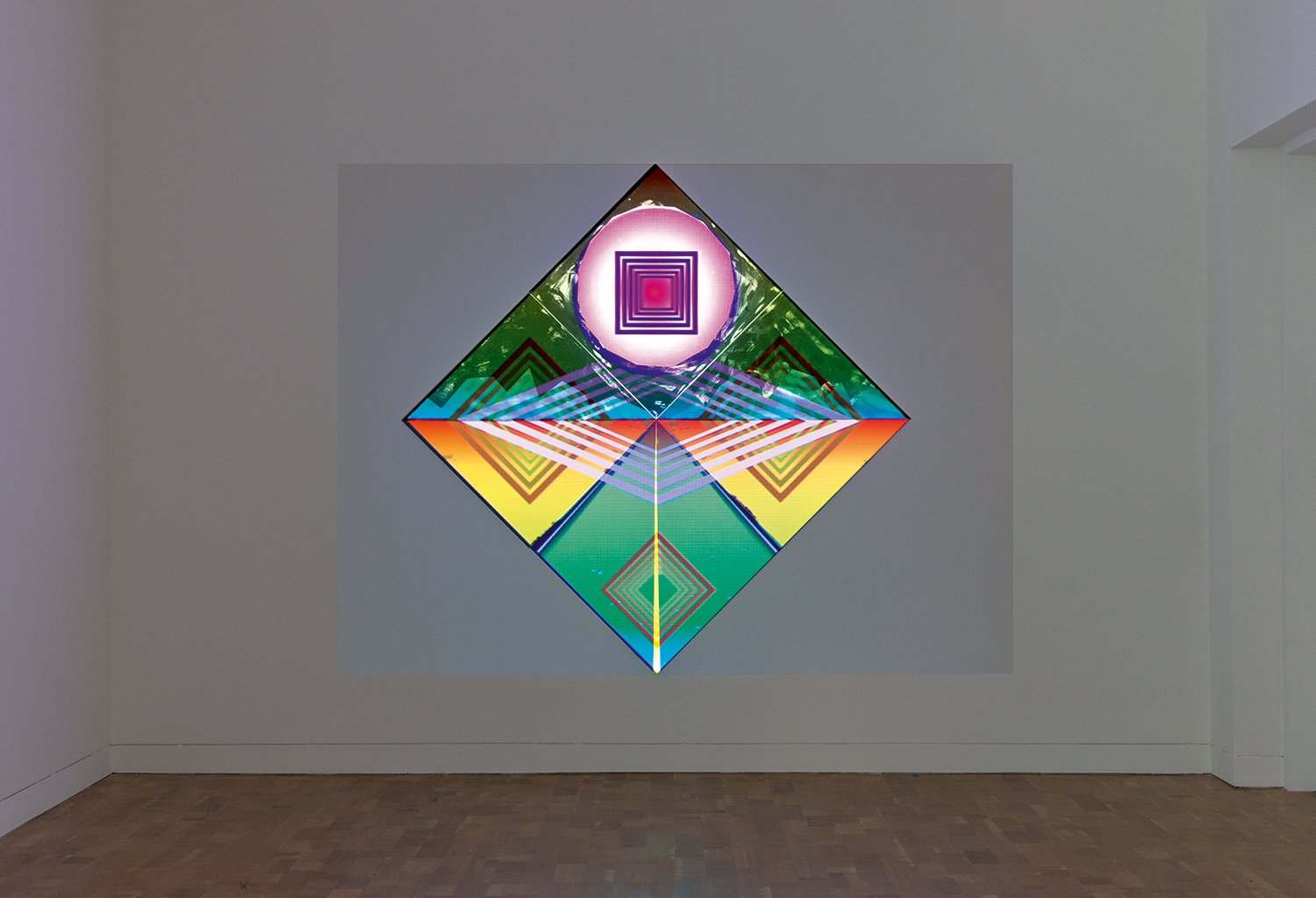 We are now planning an exhibition of the work of Bob Mizer,the photographer and pioneering cultural entrepreneur behind Physique Pictorial magazine and the Athletic Model Guild. In a different way than Kenneth Anger, he helped create a contemporary image of male sexuality. We are hoping to present Bob’s photographs along with drawings by Tom of Finland, whose work he published (along with giving him his distinctive name). In his new biography, David Hockney reveals that Bob Mizer’s photographs of athletic men in Physique Pictorial were part of his inspiration to move to Los Angeles. The work of Bob and Tom of Finland continues to intrigue a younger generation of artists who appreciate the social impact as well as the formal innovation of their imagery.

Contemporary art went through a lengthy period, during which the most prestigious work was more concerned with defining itself than connecting with the world around it. For a younger generation, the fascinating and confounding intersection between art and popular culture is of increasing interest. Los Angeles is now attracting a new kind of artist who works across media and addresses both vanguard and popular culture. Kate and Laura Mulleavy of Rodarte, Hedi Slimane, Miranda July, Alex Israel and Ben Jones are among the innovators in the city who are redefining the role of the artist. We have been able to present engaging projects with all of them at MOCA. 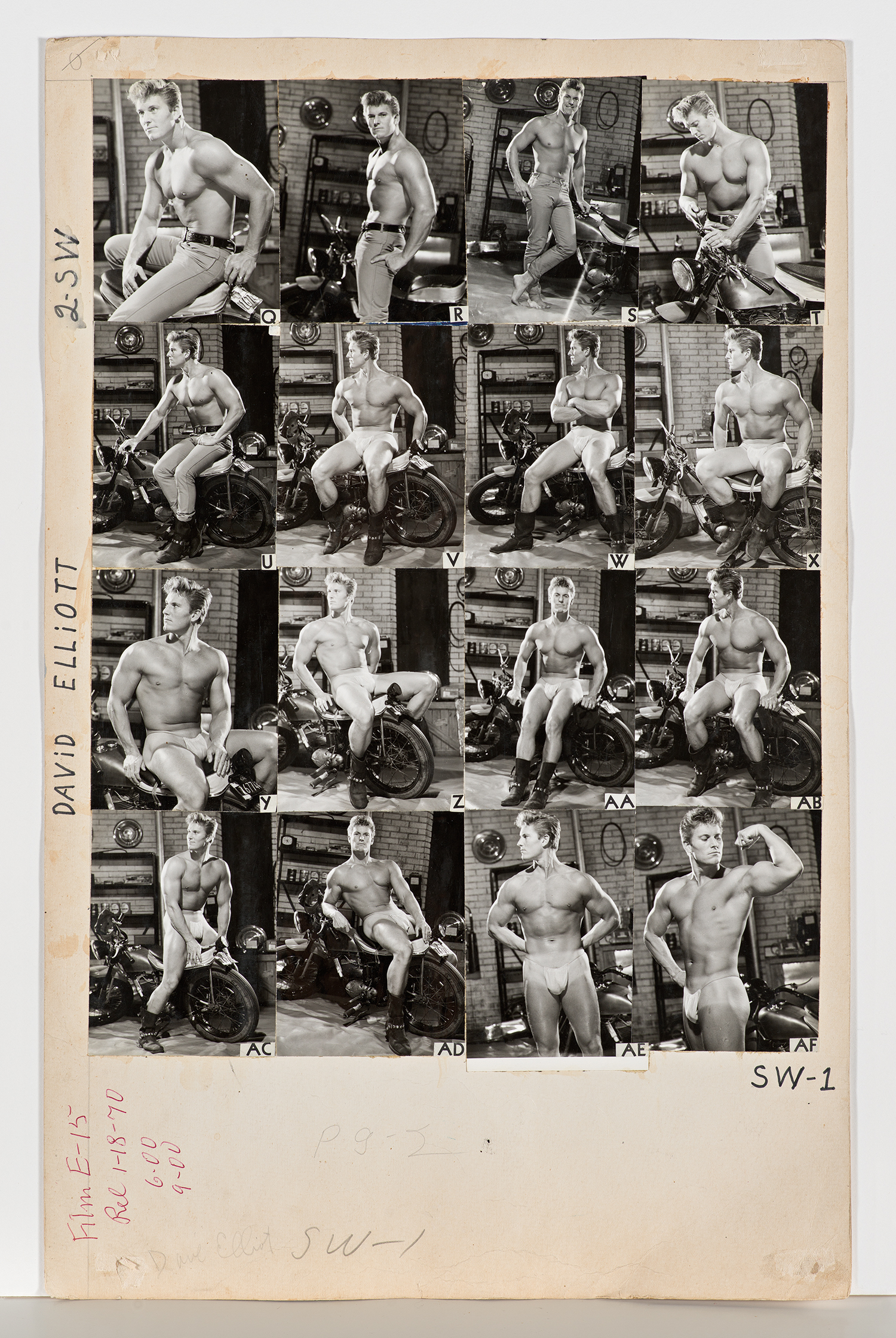 Kate and Laura Mulleavy toil in the context of fashion, but their work is as much sculpture as clothing. Their fashion shows are works of installation art. Their inspiration ranges from the natural sciences to obscure horror movies. They bring a unique worldview to their construction of fashion. They are making art, while selling clothes. Rodarte created a remarkable exhibition for MOCA based on their ballet costumes for the film Black Swan. The installation created in collaboration with Bureau Betak evoked an abstract sense of horror.

For his exhibition “California Song,” Hedi Slimane created a multimedia environment fusing still and motion photography, sculpture, music and architecture. For Hedi, the title, the graphic design, the musical sound track and every other aspect of the presentation of the work is related. He has created a new approach to creative fusion that is influencing all of these fields. In his installation at MOCA, the ground floor was an architectural sculpture of wooden windows and mirrors displaying photographs of the California artists and musicians who are among his inspirations. On the upper level, an immense cube on a rubber floor was the platform for a sequence of projected photographic images, with Hedi’s network of black speakers mounted on a three-dimensional grid of pipe surrounding the cube of light. The Los Angeles band No Age performed in the space at the opening, and their music became the soundtrack for the show. The viewer did not just look at photographs; Hedi created a contemporary synesthesia in which image, sound, sculpture, and architecture were perceived in unison. 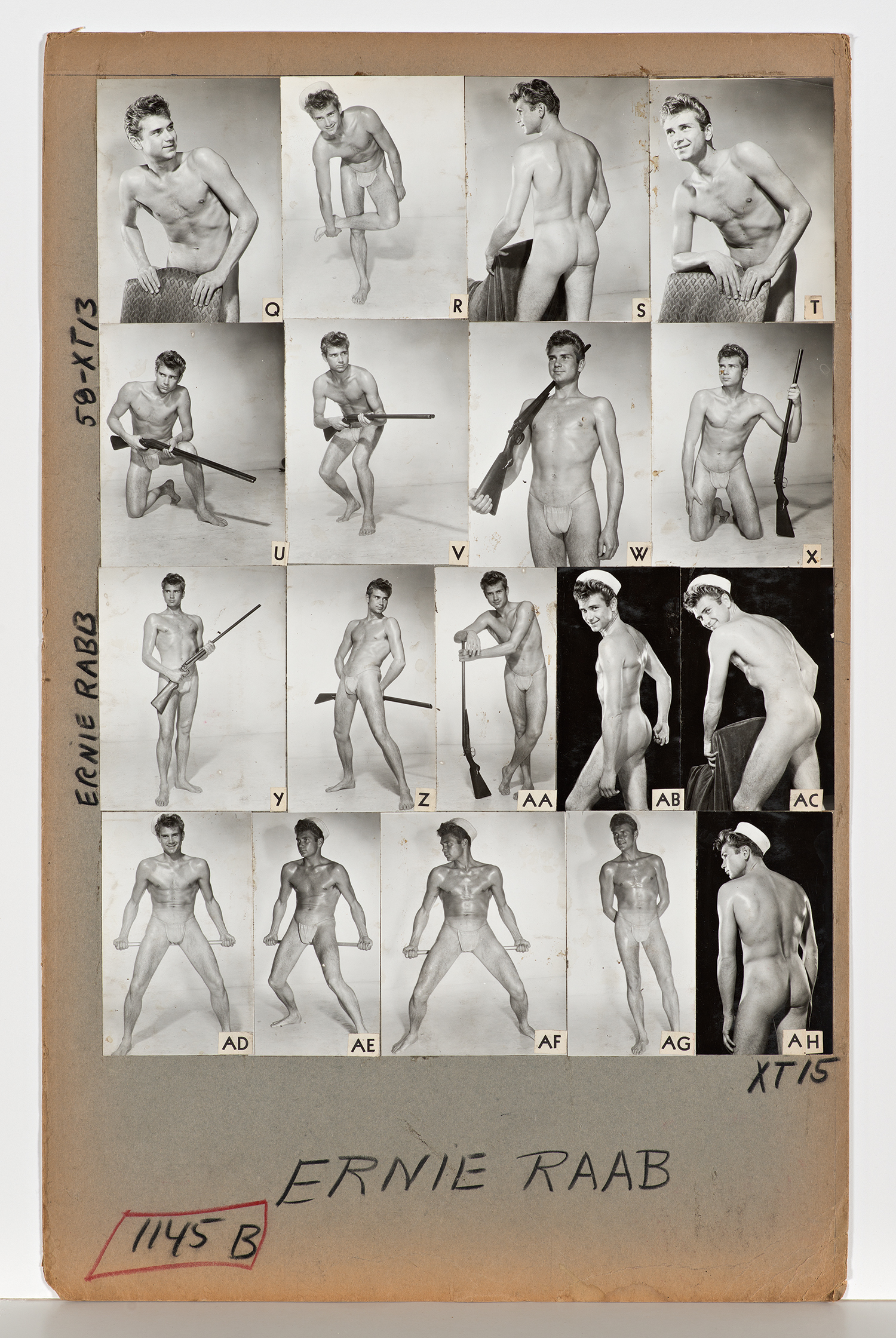 Miranda July presents a uniquely contemporary perspective, combining social structures, performance art, and a confounding conflation of fiction and nonfiction to create an engaging reinvention of conceptual art. At MOCA we presented the Los Angeles version of her interactive sculptural project, Eleven Heavy Things. The public was invited to intertwine their bodies with her sculptures and encouraged to take photographs, which would be sent out over the Internet. It is fascinating to see how Miranda’s original aesthetic approach encompasses literature, film, performance, sculpture, and social networking as an art medium.

Alex Israel’s prime subject is the peculiar aspect of Los Angeles popular culture that comes back through the other side as art. MOCA presented his meta-TV talk show, As It LAys, at a special event in the former Charlie Chaplin Studios. Alex, wearing his Freeway Eyewear, LA-style shades, asks his Los Angeles celebrity guests a set of random questions such as, “What did you do for dinner last night?” and “If lost when driving do you ask for directions, or do you try to figure it out yourself?” Each interview ends with the question, “What do you want the world to know about (name of interviewee)?” The sequence of clichéd questions and answers becomes strangely profound, resulting in an unexpected melding of entertainment and conceptual performance art. His celebrity guests are all interesting personalities who have contributed to the strangeness of the city’s popular culture, ranging from top directors to washed-up has-beens. The unreality of LA is matched by the meta-reality of As It LAys. 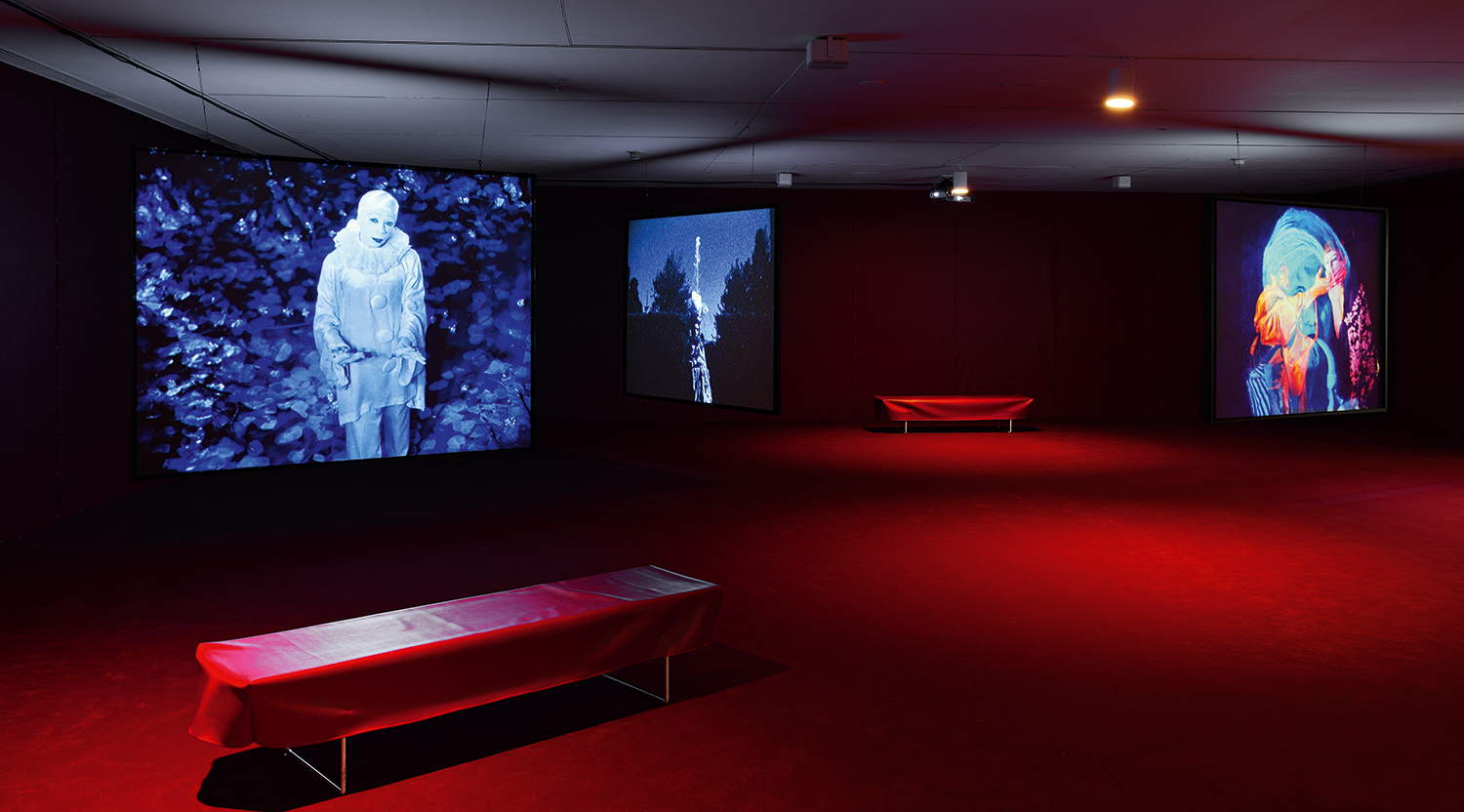 Ben Jones came to Los Angeles to connect his new approach to animation art with opportunities in television. In addition to the video paintings and immersive animated installations that he showed at MOCA, he is now the creative director of the new Fox TV animation channel. Like Rodarte, Hedi Slimane, Miranda July, and Alex Israel, Ben is making art that can go directly into popular culture, without the conventional filter of galleries and museums. Ben started his art career making inexpensive photocopied zines. With his television project, he has found a channel where he can be just as radical, but with a vastly larger audience. He is poised to become one of the most influential artists of his generation.

Los Angeles has been known for its important art schools and for the great local artists on their faculties. For many years, the culture of new art in Los Angeles centered around the schools and their network of teachers and students. Now LA is attracting a new generation of artists and creative people who are not coming for school. Like the artists we have recently presented at MOCA, they are staying here, or coming from New York, Portland, Paris and other cities to find inspiration and pursue new opportunities for creative collaboration. Los Angeles has long been a place that invents culture. It is now becoming a platform for the invention of a new kind of progressive movement that fuses the conceptual edge of advanced art with the accessibility and broad reach of mass media.