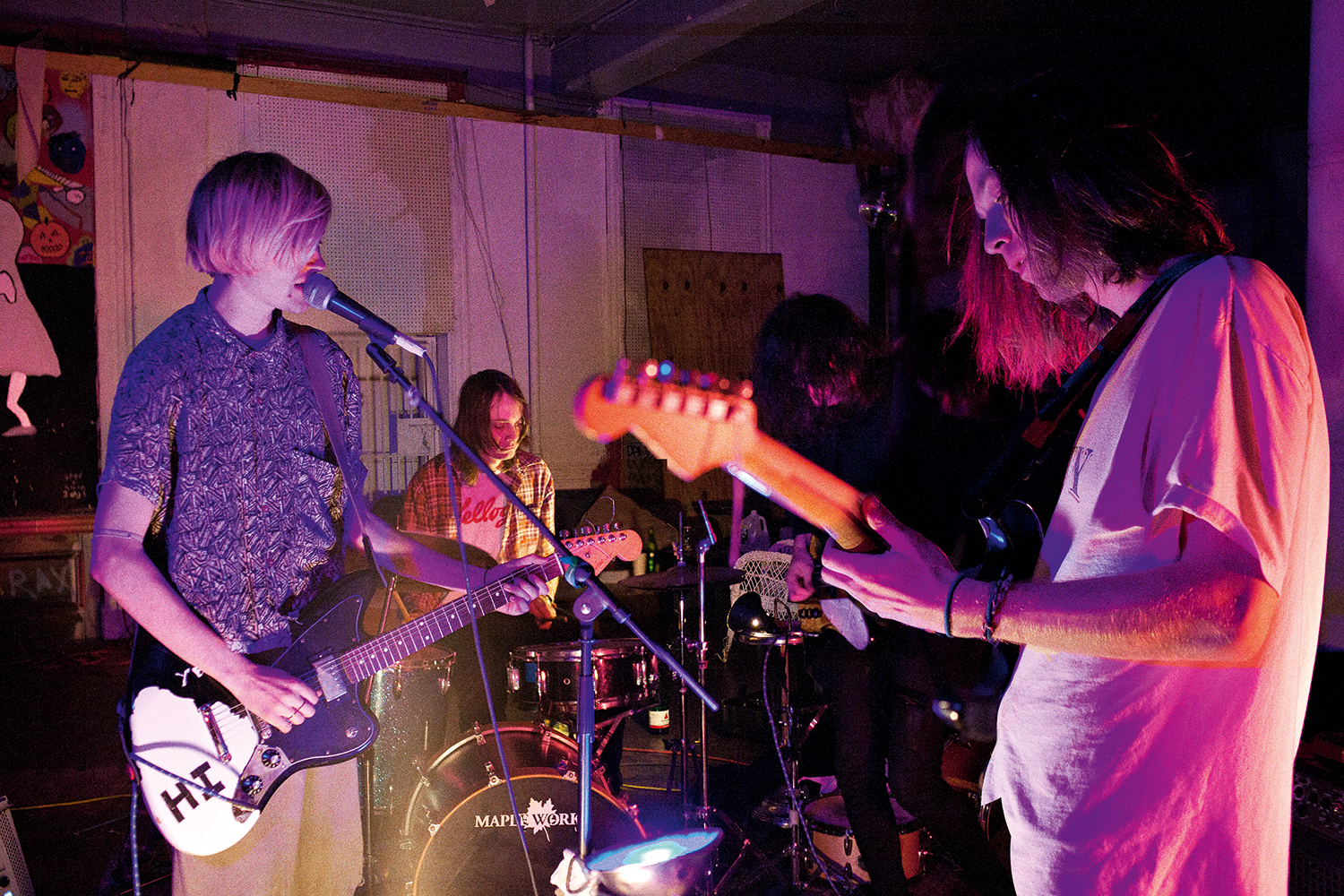 “For whatever we lose (like a you or a me), it’s always our self we find in the sea,” wrote E.E. Cummings, who, like Hemingway and Melville, found artistic inspiration in that ubiquitous mass of salt water. Now Zachary Cole Smith, the mastermind behind the Brooklyn band DIIV, appears equally pelagic, with water acting as a conceptual leitmotif throughout much of his first independent effort: the aptly christened Oshin. DIIV, originally named after the Nirvana song “Dive,” positions Smith as a perfectly cast frontman, an elfin, more refined and glossy-friendly Kurt Cobain, right down to his bottle-blond hair. It’s a quality not lost on fashion houses like Saint Laurent Paris, who’ve already cast him in campaigns that feature looks so grunge-inspired that Courtney Love Cobain herself was compelled to tweet that “finally someone got the actual look exact.”

The microbial elements that would ultimately form DIIV began to stir when Smith, after incubating as a touring guitarist for the aquatically classified Beach Fossils, returned from one too many road stints and opted to set sail on his own craft. In a sweltering Bushwick artist’s studio, he worked alone in the dog day afternoons of a New York summer. It’s the kind of heat that increases a 911 dispatcher’s level of domestic violence calls and makes the asphalt shimmer like an urban dessert mirage. Perhaps it’s no wonder that the resulting album comes streaming with melodic rivulets. Oshin is a relief, a cool, cerulean expanse with only the slight curve of a horizon line ahead. From the instrumental opening track, “Druun”, Smith briefly, convincingly beckons to the listener to join him and his crew (which includes Devin Ruben Perez, former Smith Westerns drummer Colby Hewitt, and Mr. Smith’s childhood friend Andrew Bailey — all water signs, as it happens), ensnaring ears with the siren’s song of what might lay on the other side. Or more importantly, the allure of adventure that could happen along the way. Once hooked, you’re in for the ride, traversing sounds that suck you in like a swirling eddy. Well-placed tracks like the mid-album “How Long Have You Known” produce a dynamic and engaging stream of sunlight that shines amid sturdy, plodding stretches of soundscapes. With “Doused,” the clouds roll in, while shimmering guitars lurch and drive, promising a visceral, rhythmic storm before giving way to the gentle lullaby “Home.” As the album draws to a close, Smith croons over lilting lines of melodic instrumentation: “you’ll never have a home / you’ll never have a home / you’ll never have a home until you’re home,” leaving the listener with sea legs, permanently adrift on rolling riffs.