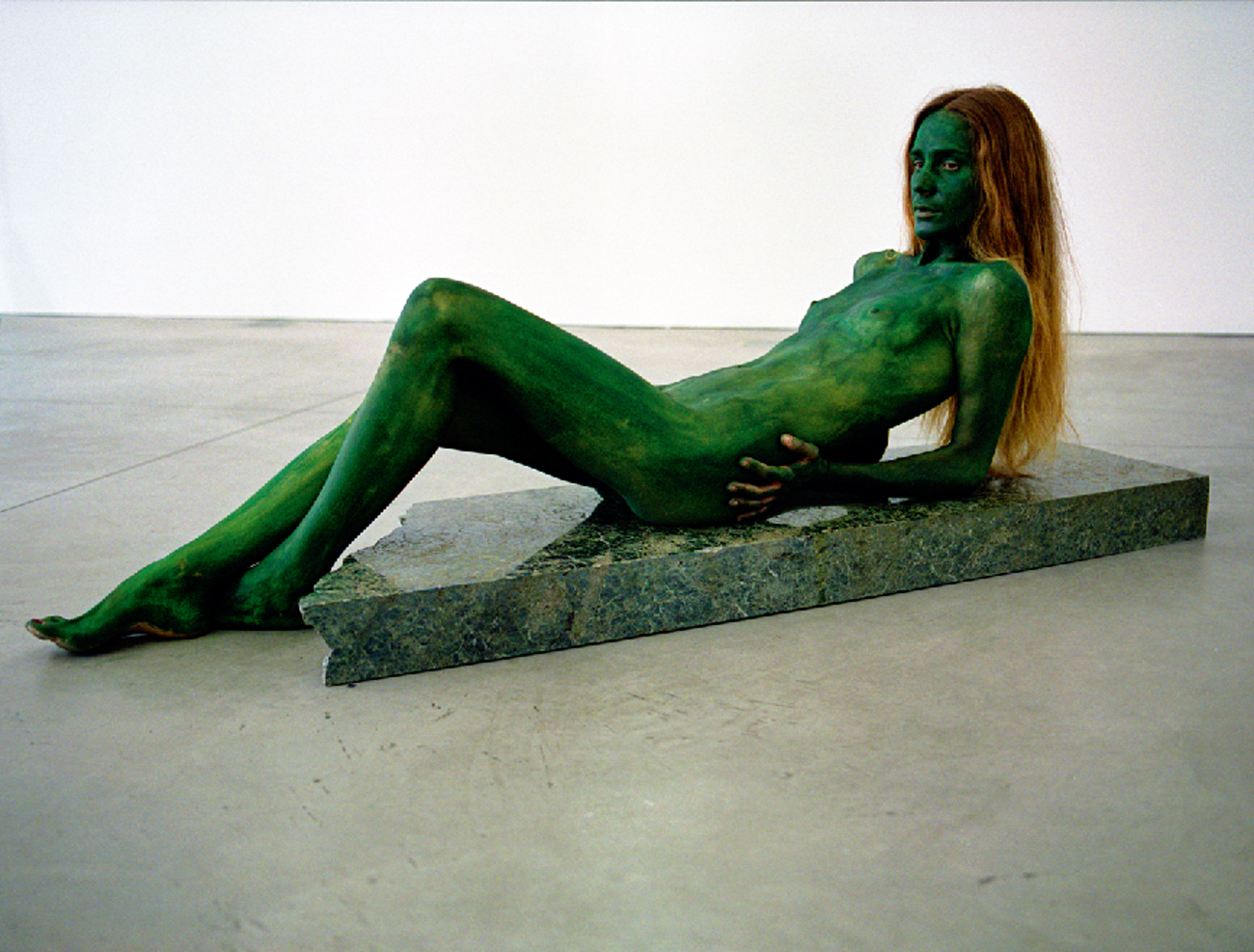 The models and marble sculptures in this work are presented as a group, in a single tableau.

The models, each of whom are painted a single color — green, blue, pink, or black — sit still, like statues, mimicking the marble sculptures of various parts of the female body. Some sculptures are carved from white marble, others from colored marble — azul macaubas, green onyx, green laguna, red France, blue sodalite, black Belgium, pink Portuguese, yellow marble from Iran, alabaster, blue lapis lazuli, and breccia medicea. The richness of the marble and the randomness of the colors are familiar. But the carved marbles are not entirely realistic, and the unnatural color of the women truncates the natural psychology of touch. 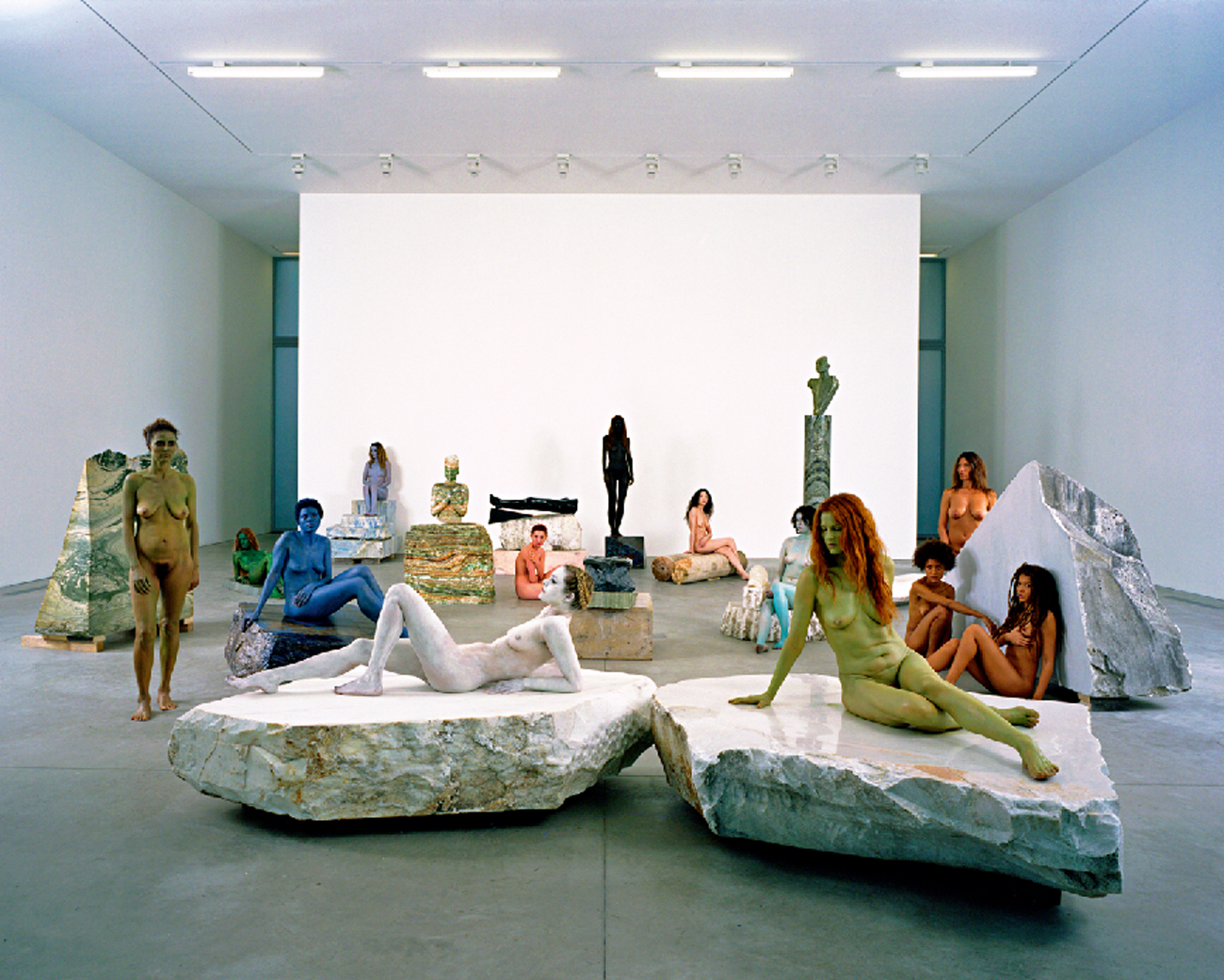 White marble has been used in sculptures since classical times. It’s a soft stone, but one resistant to shattering. Light can penetrate several millimeters into it, resulting in a waxy look, which gives life to a sculpture of a human body. Colored marbles are not traditionally used in figurative sculpture, as they are here. These stones have irregular veins and they mix colors that tend to hide the physiognomy of figures; they create a confrontation with the live models, one that makes the models seem like immortals and makes the sculptures come alive. A visually complex rhetoric of soft bodies and amputated fragments of rigid rock transforms one into the other. 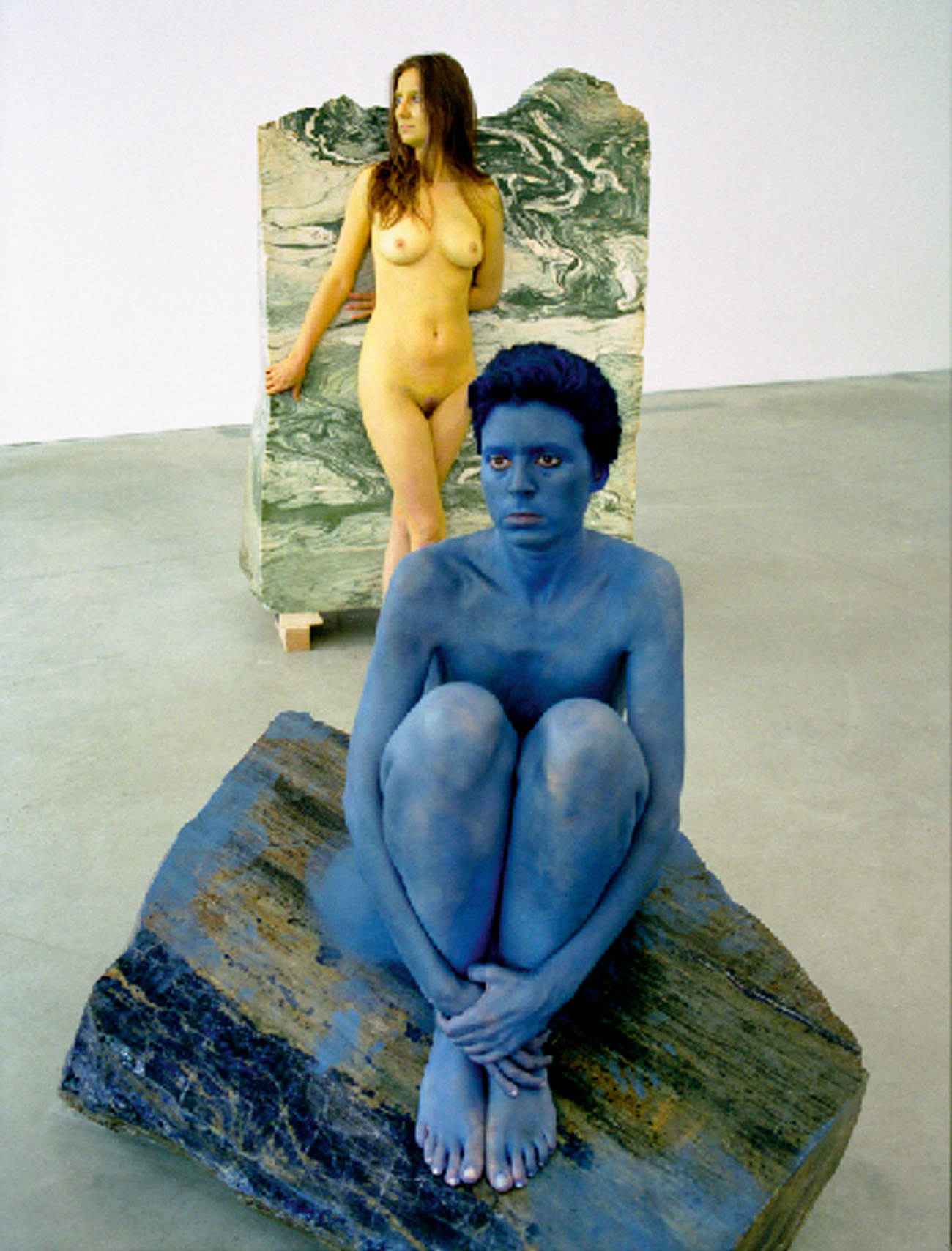 Each sculpture is composed of differently colored marbles, put together like in a collage. A base, different from a standard pedestal, has been integrated into each sculpture. Sometimes the sculptures and the models are posed precariously on it, as if to contradict the permanency of a monument and its pedestal. Nevertheless, the figures and the bases are indissoluble, as in traditional sculpture on pedestals.

There is a natural harmony between stone and the human body. People like to touch marble, as they like to touch other people. These works engender traces of the tactility of the women they portray.