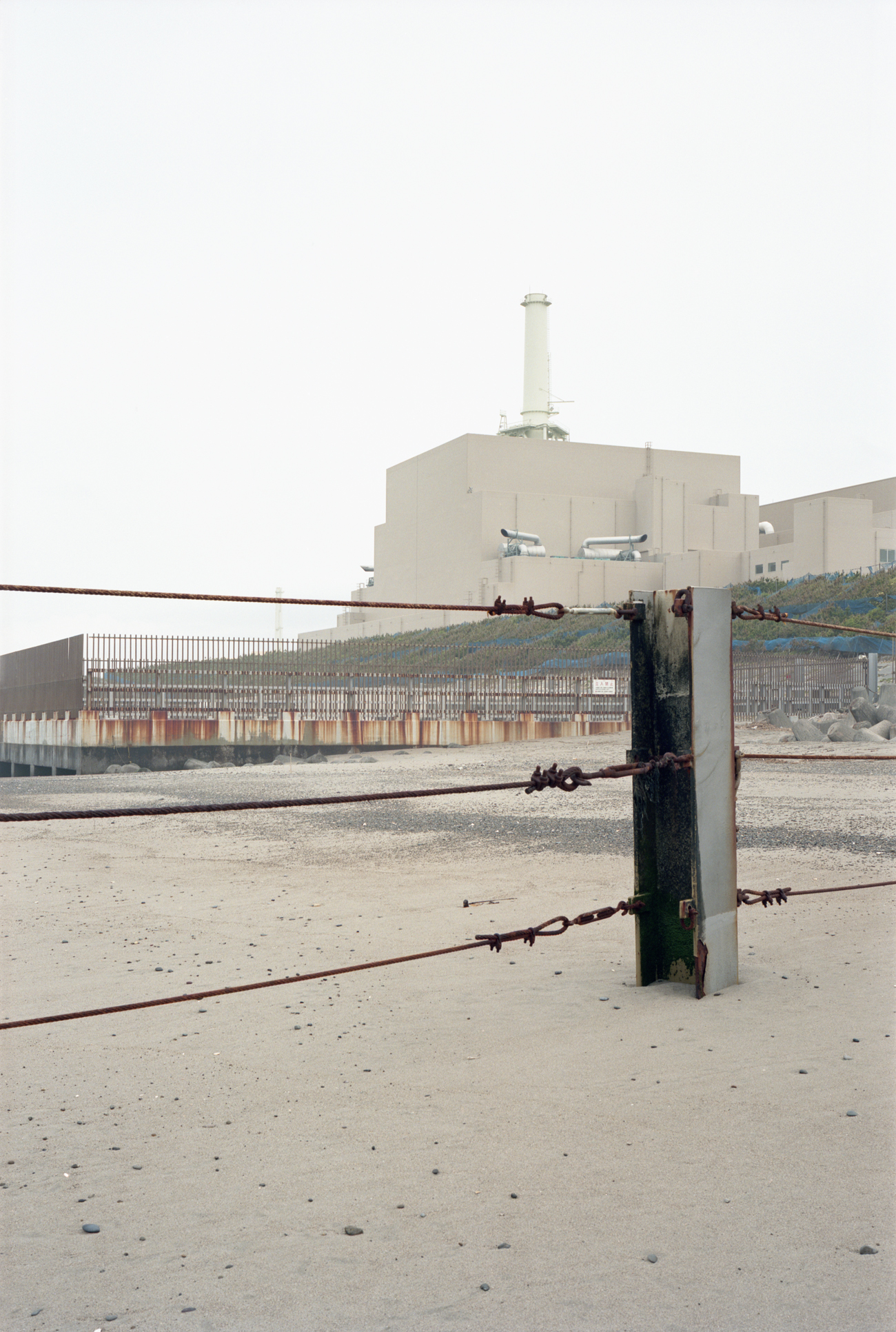 The Hamaoka nuclear plant, which was shut down by the government after the march 2011 tsunami and earthquake because it is the oldest plants (similar to the one in Fukushima) / Photo Takashi Homma

after the Fukushima Daiichi nuclear accident

It’s May 2011. Even during invigorating mornings I hesitate to open a window. I’m reluctant to go out into the garden in my nightgown and touch the bright flowers with my bare hands. I live 250 kilometers away from the Fukushima nuclear power plant. How can I go on living as I did before the disaster, opening windows, inhaling the fragrance of the soil, and picking flowers? How can I banish my fear of radioactivity, which is surely present, even if only in very small quantities? Should I do everything to avoid exposing myself? Should I keep my windows closed and abandon the pleasures of my garden? Which of these options is better for someone who wishes to live proactively? I have no answers. People tell me to leave here as soon as possible. My world has changed completely.

Since March 11th Japan has been inundated with countless words that attempt to explain the meaning of the earthquake and tsunami. The ones that resonate most with me are those of the late Ainu folklorist, Kayano Shigeru, who was an Ainu himself, a member of a non-Japanese ethnic group indigenous to northern Japan. He said, “Operating nuclear power plants is like spitting at the sky. Our spit is certain to come down and land on our faces.” The act of spitting at the sky, simply in terms of directionality, goes against the laws of the universe. The willful inhabitants of an earthquake-prone nation did something they never should have done. Now we are suffering the consequences.

Most of us say we weren’t aware of the danger, and that if we’d have known, we would have opposed the nuclear power plants. But the truth is that we never bothered to inform ourselves. Even worse, we felt uneasy around people who were vociferous in their opposition to the plants. The apathy and silence of well-meaning, ignorant citizens permitted the destruction of the few areas of natural landscape remaining in Japan. They permitted the erection of a shrine to a savage energy lured by forces from outside the ecosphere. We sat silently as an unspeakable system was created — one that rewarded a few people with enormous profits while shortening the lives of many others. The earthquake and tsunami of March 11th tore Japan apart. They were not simply natural disasters, since they exposed the real Japan, which had been cleverly hidden for so long. The cost in terms of lives and property will be unbearably high. The Japanese will go on living, but they will now remain mindful of the huge sadness others have shouldered for them. I sense some hope for us there, even as my own spit rains down on me. 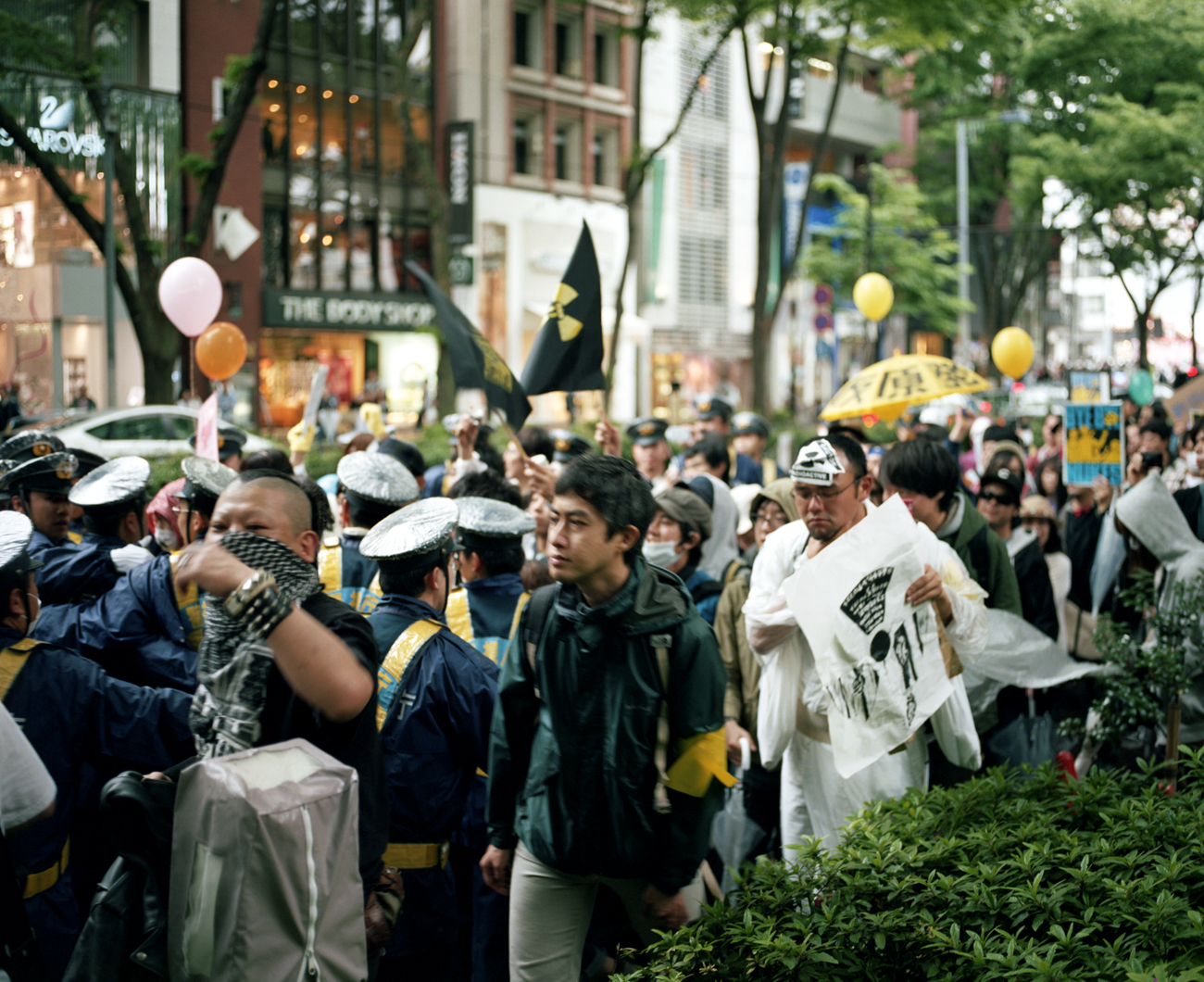 Will I manage to overcome the urge to flee? Will I resign myself to staying here? I don’t know. When the time comes for me to take action, I think it will happen naturally. In the meantime, all I can do is remain and try to accomplish what I can within my realm of possibility, and maybe simplify my life. That means honing my senses and offering endless apologies to the Earth, in my own way. I think I better understand what happiness means to me now more than ever before. Happiness is beautiful mornings, deep breaths, being surrounded by greenery. Happiness is good coffee, good food, family, good friends, good books, good wine, good conversation, peaceful nights. I will make a point of giving thanks for each of these gifts.

Serenity is what I seek.