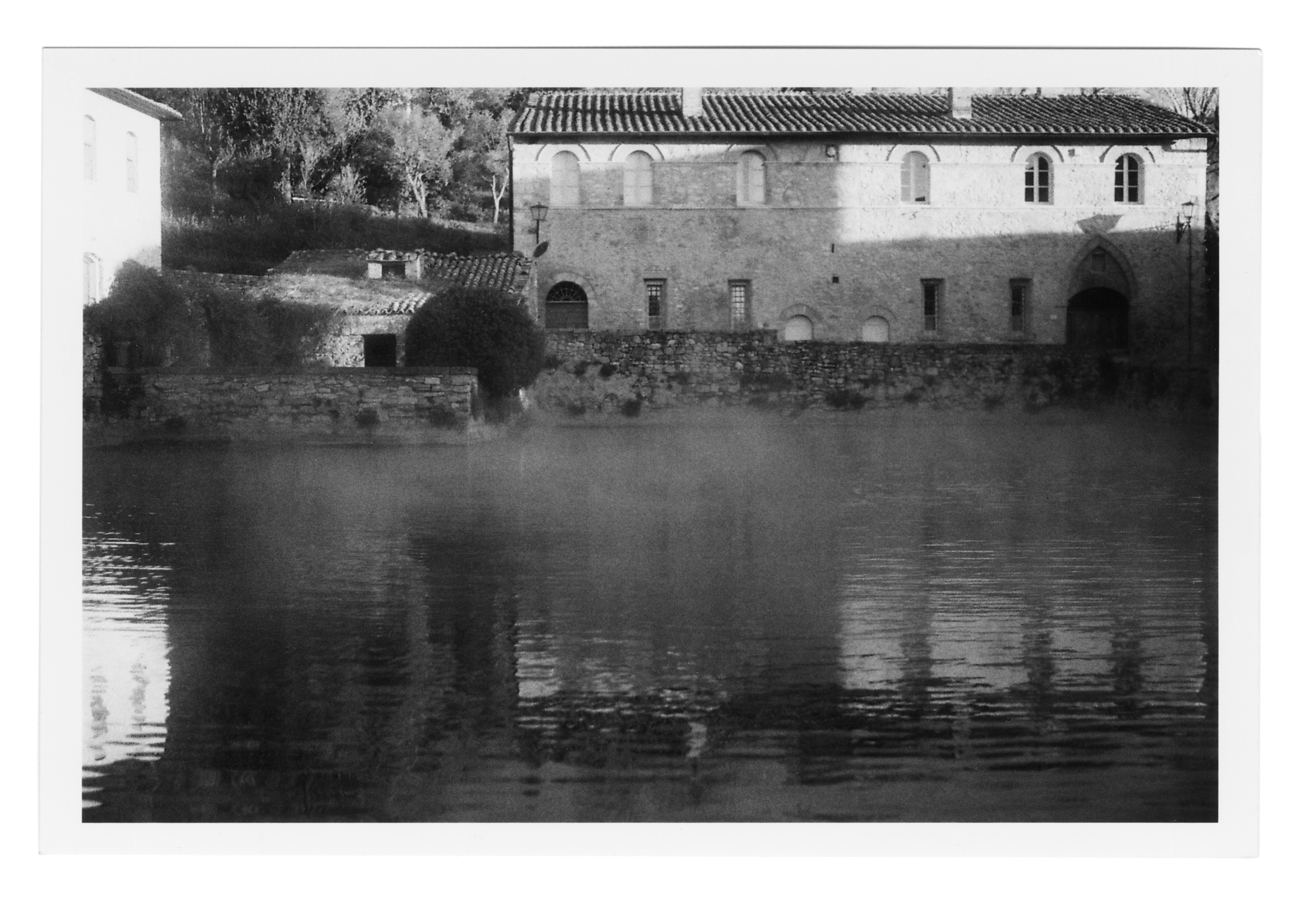 I went to the 15th-century village of Bagno Vignoni, in the Sienna province of Tuscany, to take pictures where Andrei Tarkovsky shot the film Nostalghia in the early ’80s. Tarkovsky went to Tuscany with the poet and screenwriter Tonino Guerra to find a place to shoot the film. Guerra later said that when they arrived in Bagno Vignoni, Tarkovsky was so moved by the sight of the thermal bath in which Saint Catherine is said to have bathed that he decided to shoot the film in this mythical place.

I photographed another place seen in the film, the Saint Galgano Abbey, about an hour’s drive from Bagno Vignoni. Now that its roof is gone the ancient abbey seems like a temple ruin laid bare to the surrounding nature, open to the sky, with an aura of mystery. But for believers it’s still a house of God.

I was interested in the repetition of the architecture and I experienced a strong sense of déjà-vu. These empty spaces are the material of memory, open to narrations possible to imagine but which never quite develop.