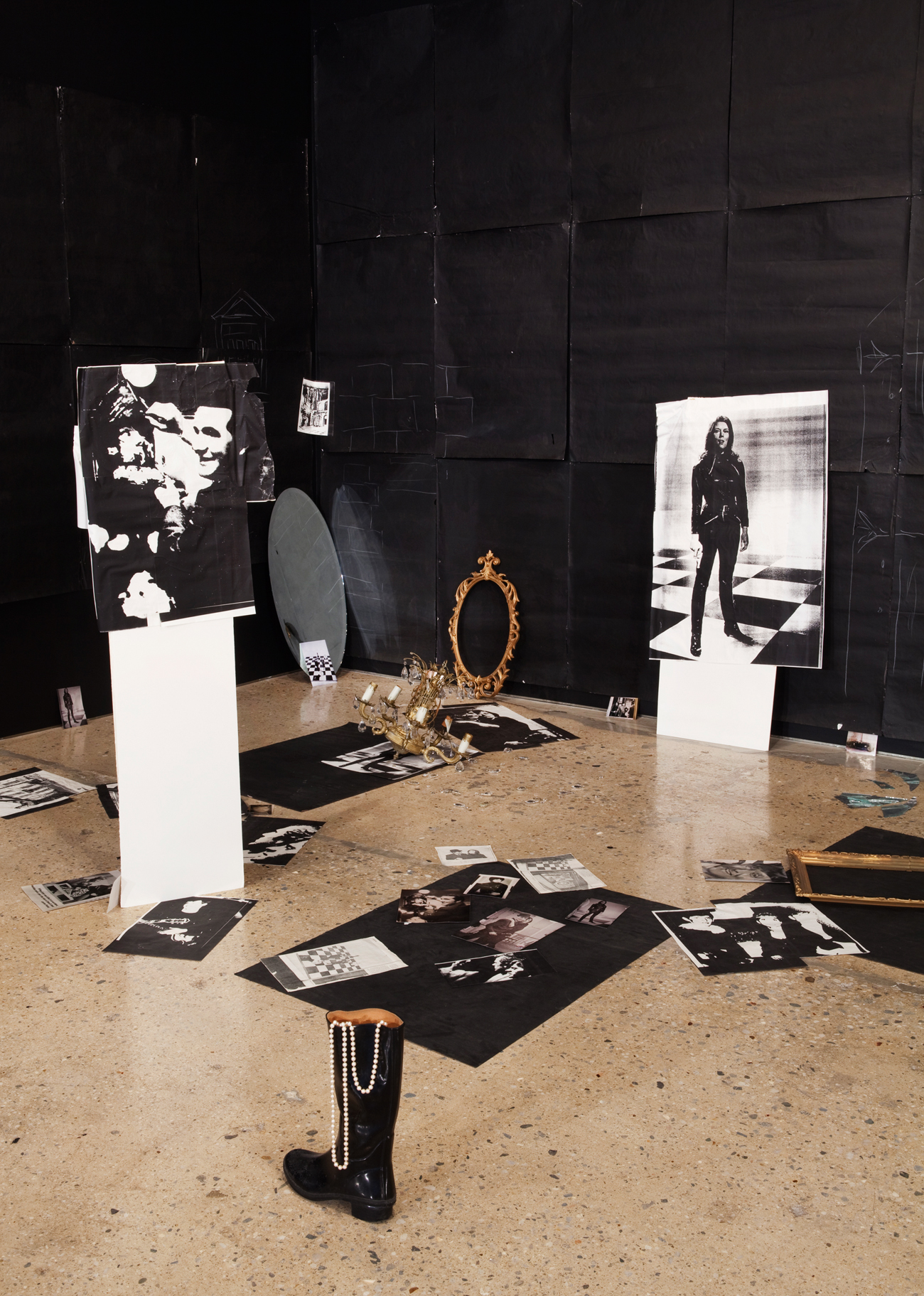 A restaging of The Hellfire Club episode of The Avengers, 1989, Installation at 303 Gallery, New York, 2011

In Karen Kilimnik’s show at 303 Gallery in New York, her tenth solo exhibition, the artist presented a somewhat tighter restaging of her seminal 1989 installation, The Hellfire Club Episode of The Avengers, along with four new paintings and a group of photographs of a girl who looks a lot like Emma Peel from the television series, The Avengers, the character who appears most prominently in the installation. In 1989, Kilimnik’s installations of images and objects were termed “scatter art” for their seemingly haphazard organization. But in this large Chelsea gallery The Hellfire Club was set up with black walls, broken chandeliers, photocopied images, quiet sound accompaniment — and a lot of empty space, which allowed visitors to drift back and forth, tapping into their nostalgia for the British television series, while perusing Kilimnik’s recent photographs and paintings, crafted with her signature loose, colorful, thrift-shop style.