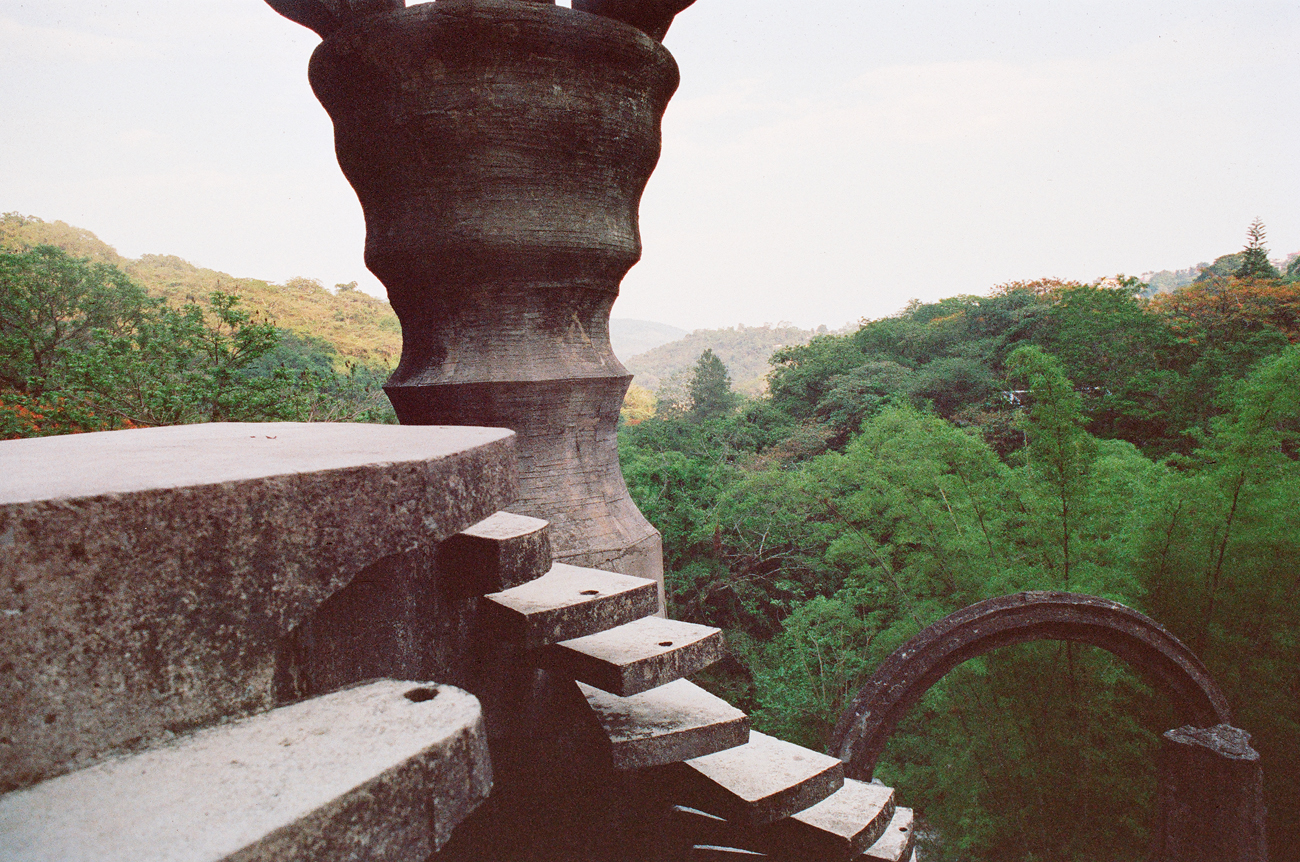 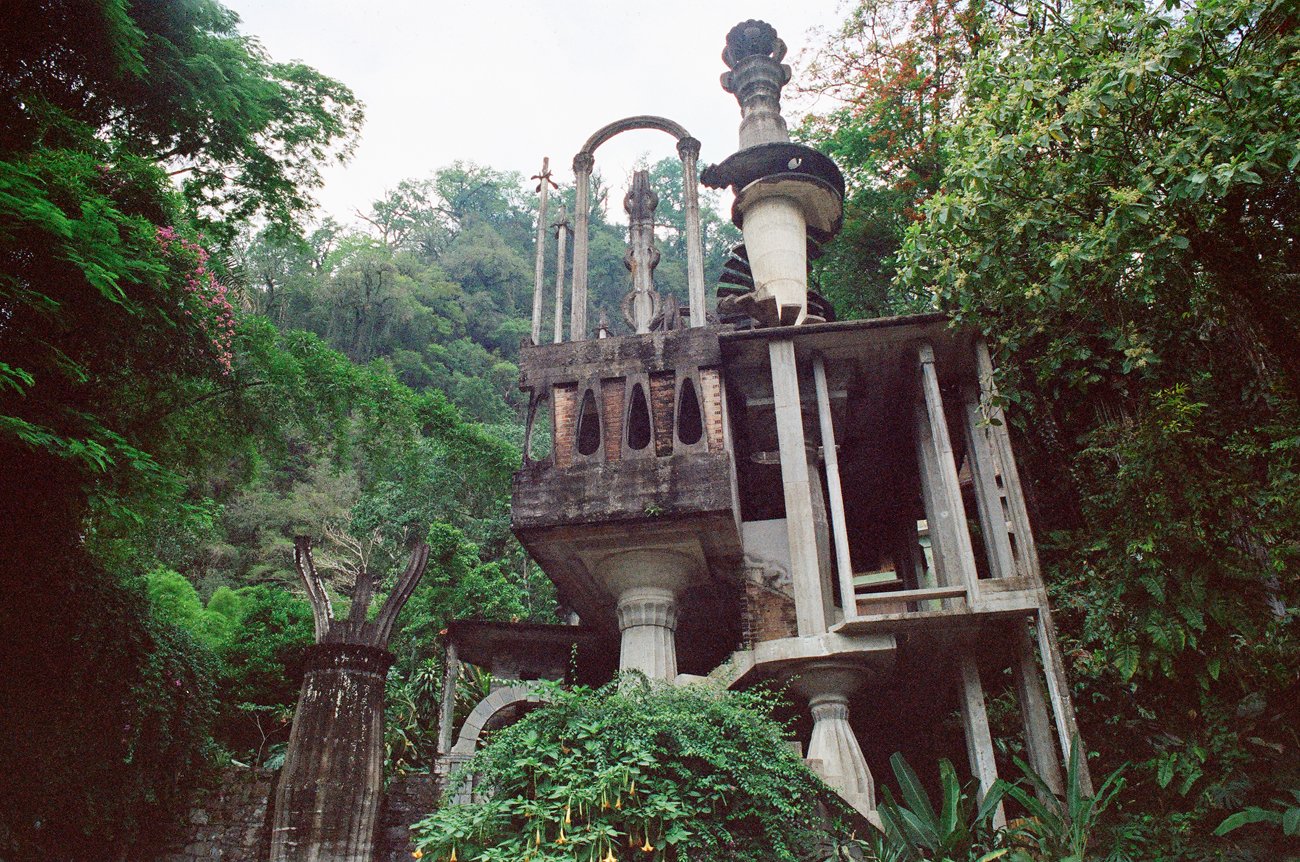 Shortly after the Second World War, Edward James, the rich, eccentric bohemian Englishman, found himself in the small town of Xilitla, situated in the upper reaches of Mexico’s Sierra Madre Occidental rainforest.
Here, in the midst of mountain springs, pools, and waterfalls, James decided to create his dream enclave, Las Pozas, (The Pools). To achieve this goal he sold off his impressive collection of surrealist art, and until his death in 1984 concentrated on the construction of his extravagant house and sculpture garden.

We visited Las Pozas with Rachel Chandler, to see James’s fantastical creation, before time and humidity repossess it.
EDWARD JAMES (1907-84) WAS A POET, eccentric bohemian, and patron of surrealist art. The only son of a railroad tycoon, James inherited a vast fortune, which allowed him to live lavishly, to offer support to Salvador Dali and René Magritte in the 1930s, and to assemble the most extraordinary collection of surrealist art ever held in private hands. 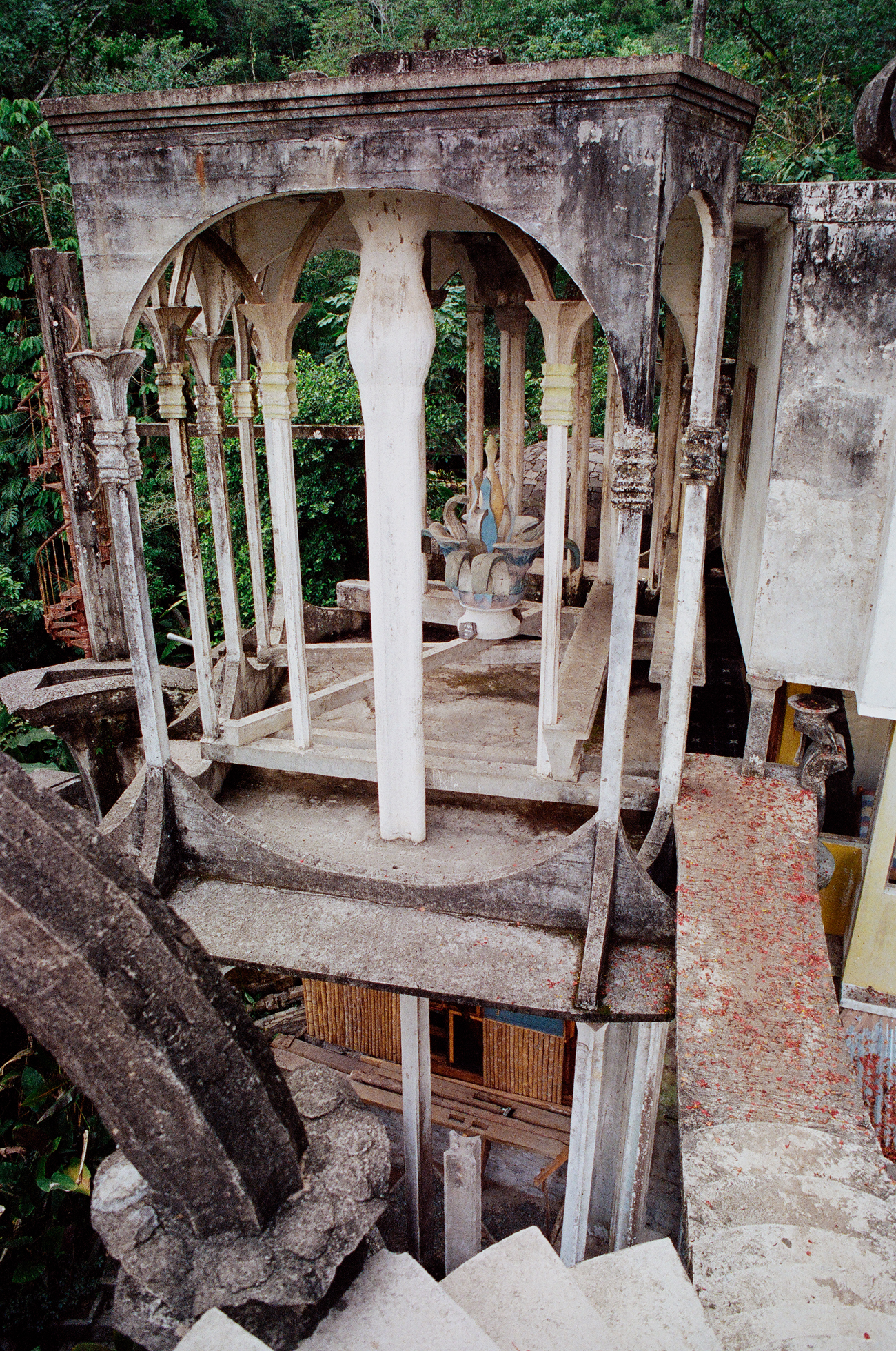 As the Second World War raged in Europe James took up residence in Arizona, as a guest of the art patron Mabel Dodge; and in California, where he encountered his fellow Englishmen Aldous Huxley, Christopher Isherwood, and Gerald Heard, who was then immersed in his explorations of the Vedanta and the teachings of Ramakrishna. But James soon earned a reputation for his somewhat effeminate eccentricity. Shunned for what was perceived as dilettantish behavior, he traveled on to Mexico.

The most extraordinary story about James concerns how he came to settle outside the small town of Xilitla — set in the subtropical rainforest of the Sierra Madre Occidental, in the Mexican state of San Luis Potosi — and create Las Pozas (The Pools).

James made the acquaintance of Plutarco Gastelum, a worker at the telegraph office in Cuernavaca, where James had come to send a message. Plutarco had noticed James several times before but considered him somewhat of a tramp. When James asked for directions to Guadalajara, Plutarco presumed he was impecunious and pointed the way to the bus station. “But I have a car,” said James, leading Plutarco to the door of a waiting limousine. Caught off guard, Plutarco stepped into the car’s air-conditioned interior, and in doing so left his former life behind to become James’ permanent guide. 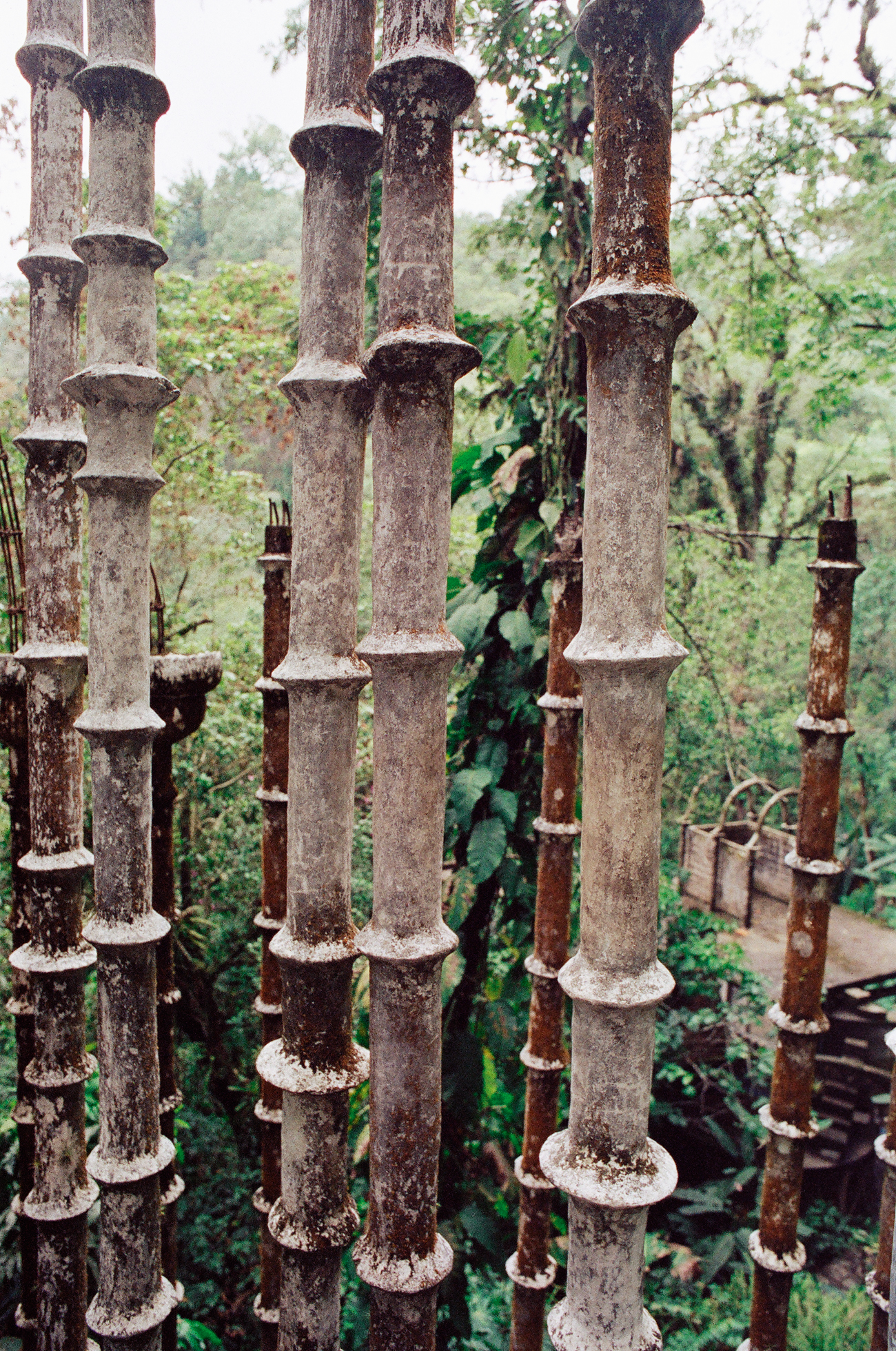 Eventually Plutarco led James to the village of Xilitla. It was here, on 80 acres of steep jungle hillside sitting 2,000 feet above sea level, that James — with the help of Plutarco and many Xilitlans — built Las Pozas, his dream-world of houses, sculptures, exotic flora, springs, pools, and waterfalls. For his own family — and for “Uncle Edward” — Plutarco built a Gothic-style cement castle, now La Posada El Castillo Hotel. Presented here are Rachel Chandler’s beautiful photographs of the building.

Edward James spent over 40 years going to and from Las Pozas with a cortege of friends, attendants, and pets. He died in 1984. I visited the retreat in the late ’80s, and I met Plutarco in the house he built for James. On the walls were paintings by Leonora Carrington of wispy ethereal spirit figures with strangely penetrating eyes.

After recalling many events in his broken English — speaking as much to the room as to me — Plutarco paused a moment before saying that he never did return to that telegraph office.