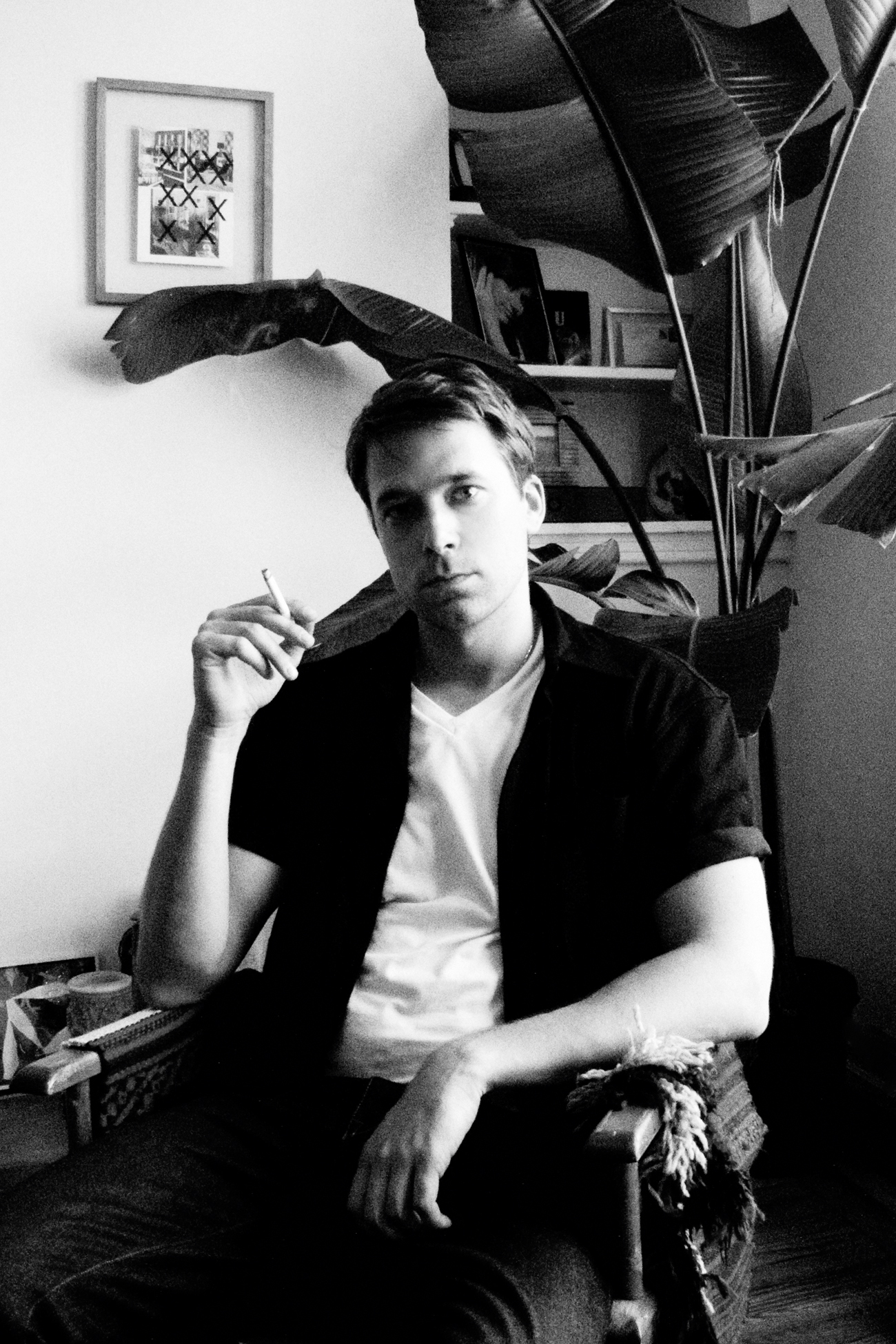 Having been a journalist, critic, and full-time editor, first at V and then at Interview magazine, Christopher Bollen has just published his first novel. He is a canny arbiter of the very culture that informs Lightning People’s lives and loves. Between the requisite gallery openings and dinners he spent “most of my nights and every weekend for five years” writing his tale about Joseph Guiteau, a character who is the same age and lives in the same city as Bollen. “And I smoked way too many cigarettes doing it.”

Bollen’s debut novel, Lightning People, tells the story of Joseph Guiteau, a 35-year-old actor from Ohio with a complicated family history working in New York City around the time of 9/11. Guiteau is newly married to a Greek woman, one with a tenuous work permit. As the couple’s life, the lives of the people they encounter, and the city itself are transformed, Guiteau’s own life slides into a chaos of criminal events which forces him to flee the fabled city of promise — he watches it blur by through the window of his speeding car as he takes account of what did and did not happen to him. “He could have given bus tours on all the different apartments around New York where he had hung out, fought, stayed up speed-talking until dawn, or had one-night clumsy affairs in. He could have gone on that way forever, finding someone new to try it with again, like it was still an experiment worth conducting, only with the same results each time. New York was beautiful too.” Employing conspiracy theorists, snake handlers, and out-of-work actors, Bollen captures the paranoia that ensued following the collapse of the Twin Towers.

New York,” says Bollen, “is made up of refugees. It’s always been a place for outsiders to find their paths. That’s why the city has been so romanticized and so vilified. But a lot of what New York offered to the artists-to-be of previous generations has vanished. You might argue that New York is more honest now, and I think the characters who populate my book are, by and large, smart and realistic, if sometimes brutal. I’ve lived in New York for 15 years and I love it — that’s why I wrote about it. But I’m tired of the last decade’s running narrative of the city as a place to shop, fall in love, have your heart broken, and shop some more. My New York is much more ruthless and much more imaginative.

Lightning People to be released end of September 2011 by Shoemaker & Hoard.