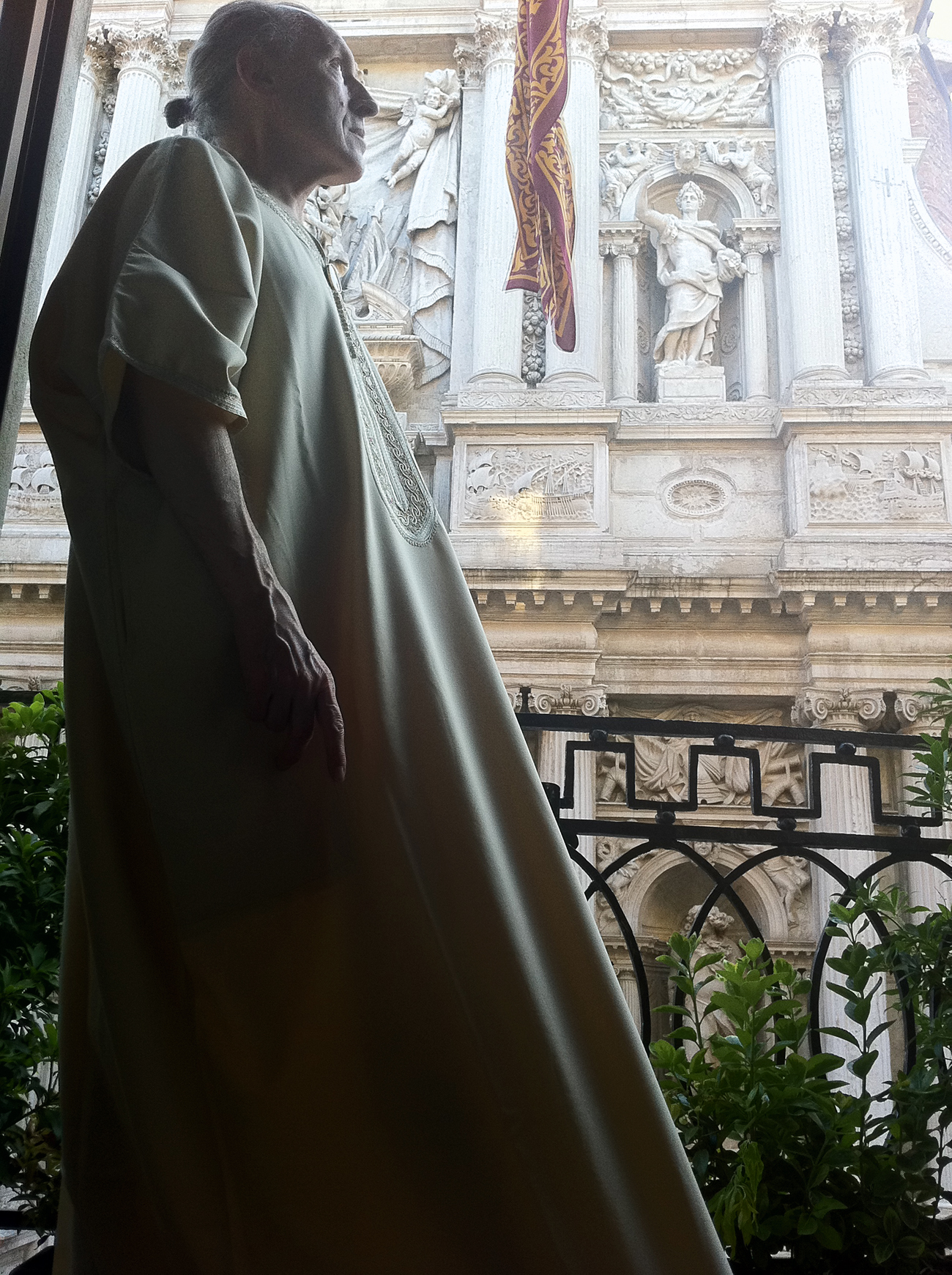 interview and portrait by LOLA SCHNABEL

All artwork images copyright of the artist and courtesy of Gallery Lorcan O’Neill, Rome

Since the late ’60s Luigi Ontani has been photographing, videotaping, and filming tableaux vivants of himself dressed as characters from the history of art. In preparation for his first museum show in the US, the Guggenheim Museum’s 1982 exhibit, Italian Art Now — which also included Sandro Chia and Enzo Cucchi — Ontani traveled by boat from Italy to New York City dressed as Christopher Columbus.
An early inspiration for his artistic impersonations was Luigi Pirandello’s play, Six Characters in Search of an Author, which the artist discovered when he was 13 years old. Ontani recently received the McKim Medal Laureat award from the American Academy in Rome. He also stars in a forthcoming film directed by Lola Schnabel, based on a text by the Romantic-era writer, Giacomo Leopardi. 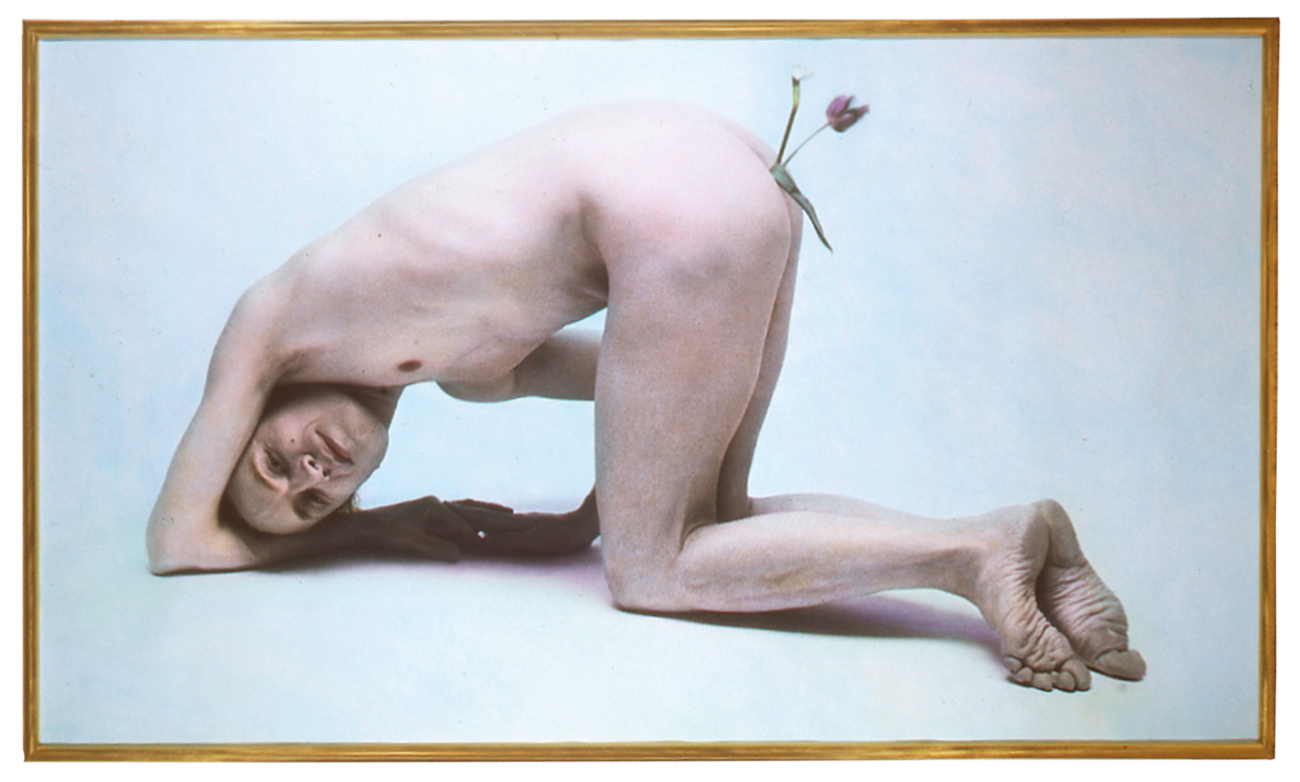 LOLA SCHNABEL — Maestro, I wonder what mechanism obscures your art from the public eye. There are so many aspects of it that people are unaware of — what keeps them in the dark?
LUIGI ONTANI — People understand possibilities, but I don’t know how they measure the dimensions of a life that becomes art — which is my desire: a life as art. Circumnavigating history is one of my ambitions, and to question how art has functioned in different societies over time is another. My relationship to history is connected to the painters from my hometown, which is near Bologna: Guido Reni, Agostino Carracci, Giorgio Morandi. But painting isn’t my work — I’m really an apprentice of history. I’m not nostalgic about history, although I do have an obsession with antiquity. My imagination travels through time. Transportation is the tool of my fantasy, be it a train, a boat, or a horse. I travel through literature via performance. I’m always making jokes with titles and rhythms. My first trip, which I took when I was 18, was in a small red Fiat 500, which I drove through Yugoslavia, visiting villages from Sarajevo to Montenegro. Then I went to Greece, Turkey, Carthage, and Troy. In the ’60s I discovered the Oriental world and in the ’70s I went to India. For my first public tableau vivante I posed as an infidel angel to the music of Guillaume de Massaud. My nourishment was literature — Huysmans, Lautréament, Alberto Savinio, and Aldo Palazzeschi; the grandfathers of surrealism, namely Mallarme, Baudelaire, and Rimbaud; and the theatre of Marinetti. They were all considered decadent. 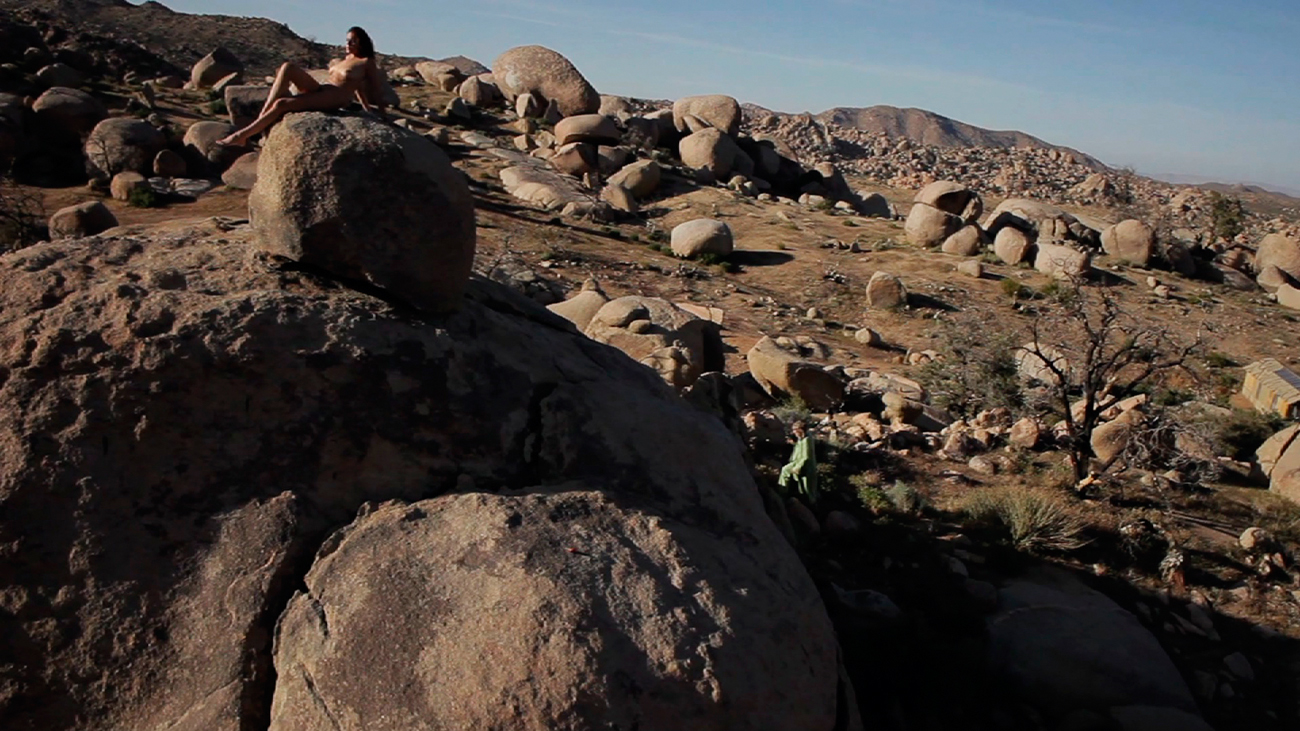 LOLA SCHNABEL — How would you describe the role you play in the film that we’ve been working on together?
LUIGI ONTANI — In your film, I play with all my identities in order to become Leopardi. I do it in the same way I made the gallery of auto-portraits as Rafael, Leonardo, Dante, Petrarch, and so on. On a ladder of clouds, it’s possible to project the identity of a poet. But my images and performances can’t be compared to theatre entertainment or cinema. I’m not an actor. Maybe what I do is improvise with memory and cultural desire, projecting images of folk tales, mythology, and allegories. It’s a full-time emergency exit — my own reality outside of reality. This is my life. Every protagonist has his vanity and my identity is a map of vanities. But maybe I’ve done too much. I don’t like production. It isn’t necessary to work every day, but fantasy is an illusion of infinity. My private party is a mirror perspective of a voyager through art and history. My ritual time machine is a metaphor for the fable of art. Do you hear the bells ringing? The church bells have struck seven.