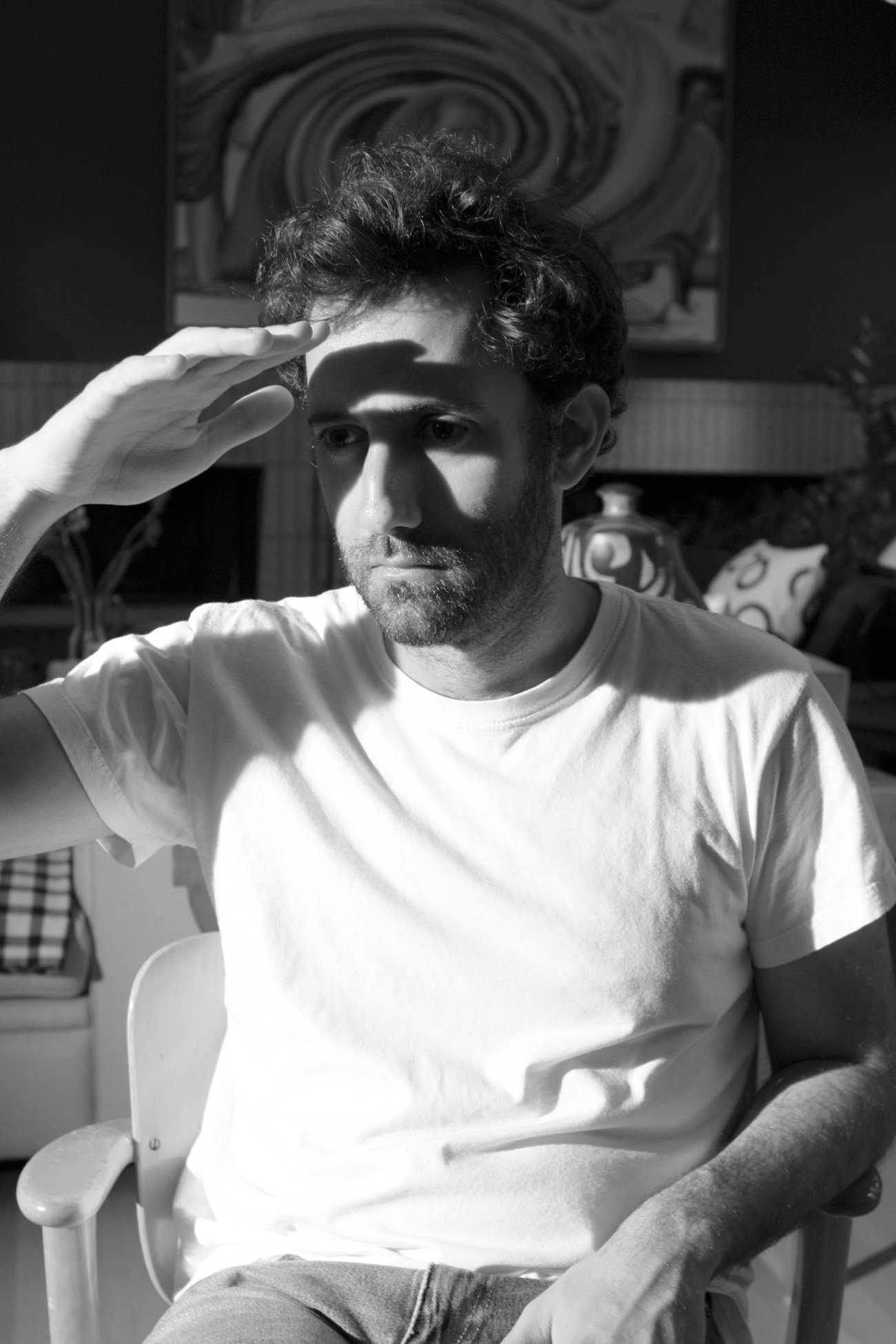 Normally, one wouldn’t expect to upturn the art world just by launching a line of sunglasses, but that’s just what the 28-year-old artist/entrepreneur Alex Israel did in 2010, with Freeway, his Los Angeles-based eyewear company. Israel named all but one of his eight unisex shades after a different Southern California freeway — for example: 1, Pacific Coast Highway; 10, Santa Monica Freeway; 405, San Diego Freeway. In doing so, he intentionally planted himself in his geographical hometown. “Sunglasses, their frames and lenses, symbolize LA,” he says. Given the ubiquity and utility of sunglasses in Los Angeles, their wearers may well forget that they’re looking through carefully designed, predetermined lenses that focus reality.

The focusing of reality is also a theme that runs rampant through Israel’s artistic ethos. During the last decade he worked for Sotheby’s auction house and Hauser + Wirth gallery, assisted the multimedia artist Jason Rhoades (before the artist’s untimely death in 2006), and studied art at USC. Israel has never been particularly impassioned about creating precious artworks for the art market. “The sunglasses came out of having worked in a commercial capacity,” he says. “It’s always weird when you see the other side, and I was conflicted about bringing another art object into the art world. Today, it’s very easy for art to be overpowered by the art market.”

But Israel’s clever “visual approach” actually opened up avenues in the art world and led him to use other media. In 2010 he released Rough Winds, an extended ten-part video work, one that superficially appears to be a commercial for Freeway. Appropriating stylistic clichés from teenage soaps like Beverly Hills 90210 and The Hills, Israel created a lavish, hilarious, dialogue-free serial drama, featuring the rich and badly-behaved traipsing through modernist mansions and private beachfronts — sporting Freeway shades. “It followed certain tenets of Hollywood production, but it was basically this homemade thing that I shot for nothing,” he says. In 2010 the video was shown on a Videotron on Sunset Boulevard, so no doubt thousands of sunglasses-wearing car drivers viewed Israel’s Freeway sunglasses-wearing actors filmed by his handheld camera — as though Bret Easton Ellis had rewritten the script of John Carpenter’s They Live.

Israel’s ideas about playing with framing and props have taken their most provocative turn in Property, his recent series of prop-house installations, one purposefully geared to exist in a gallery space. Mining film-studio prop houses around Los Angeles — Warner Brothers appears to be his favorite — Israel selected and rented individual items that exist chiefly to operate as believable “things” in movies and on television. “The props are sad, fake, and magical,” he says. “Some wear their prop-ness on their sleeve. In the gallery, they retain a stardust residue, their Hollywood value. I’m exploring what happens when they also accrue value as sculpture.” By placing the props in unconventional relationships, Israel creates unexpected narratives and juxtapositions. His selections include a carton of soymilk, a faux-ice sculpture that never melts, an arm cast, Cinderella’s glass slipper, and a toy Greyhound bus. He recirculates these totems in the art world, a commercial universe where functionality is secondary to aesthetic value. Israel’s temporary prop sculptures aren’t for sale — they must return to their ever-circulating home, which he likens to “Noah’s Ark, because there’s one example of everything, kept intact for posterity.” This fall he’ll take his prop pieces to Peres Projects in Berlin for a solo show in which abstract backdrop panels, painted mostly in California sunset colors, will be the only works for sale.

Israel is also planning a version of a Los Angeles talk show, fittingly entitled As It Lays — a play on the title of Joan Didion’s iconic LA novel — onto which he intends to invite famous local residents to discuss what living in the city means to them. “It’s going to be about LA, manifested by my guests’ presence — not by their trials and tribulations, but by the surfaces of the people themselves.” The set has that clichéd talk-show feel, like everything in it is rented, although the modernist chairs, which Israel may or may not use, were actually borrowed from his father’s real-estate-development company’s office.