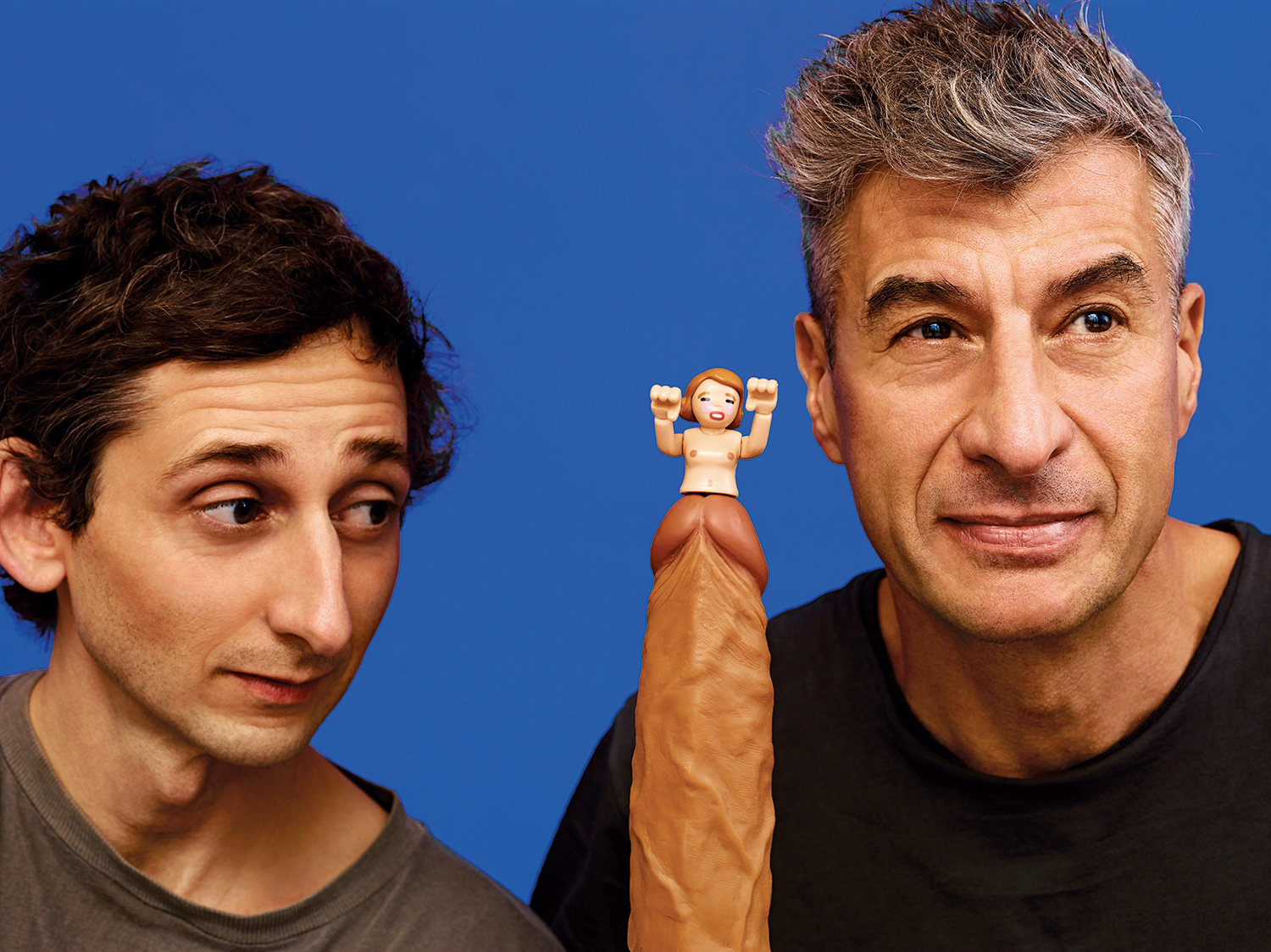 All pictures courtesy of TOILETPAPER magazine

Created by the “retired” Italian artist Maurizio Cattelan and photographer Pierpaolo Ferrari, Toiletpaper is the only magazine you’ll never throw away.

FRANCESCO BONAMI and OLIVIER ZAHM — When did you start TOILET­PAPER and why? And how did you begin your collaboration with Pierpaolo Ferrari?
MAURIZIO CATTELAN — What moves a snake to crawl, a horse to gallop, and a man to breathe? There’s no reasonable reason, and the same is true here: I have simply developed a dangerous addiction to images. Of course, TOILETPAPER didn’t happen overnight: it’s been a long process, as is the case with any collaboration. I met Pierpaolo more than 10 years ago, during a photo shoot: we both had fun and I quickly realized that there was a good feeling, especially because we have the same profile! I can’t tell if TOILETPAPER was born in that moment or 10 years later when we started shooting the first issue, but in either case it was our way to continue having fun. We thought it was one of those situations, to quote a great movie, that absolutely requires a really futile and stupid gesture on somebody’s part, and we’re just the guys to do it.

FRANCESCO BONAMI and OLIVIER ZAHM — Creating every single picture for TOILETPAPER seems to require a lot of work (from concept, casting, and studio shoots to the retouching process). Who is responsible for what between the two of you? Are you and Pierpaolo the Bernd and Hilla Becher of smart ideas?
MAURIZIO CATTELAN — We both are completely (ir)responsible for everything we’ve done. A TP picture is one of those situations in which you’d need a DNA test to discover the real father. But fortunately that’s not possible. We swing between the Laurel and Hardy style and the Thelma and Louise mood: sometimes we manage to be comic; sometimes we can’t avoid being tragic.

FRANCESCO BONAMI and OLIVIER ZAHM — After announcing your retirement from art, do you consider TOILETPAPER to be your new form of artistic expression? Why on earth you did you decide to retire from being an artist? Isn’t TOILETPAPER an artwork anyway?
MAURIZIO CATTELAN — The day pigs fly will be the day when we’ll really need to buy umbrellas. Possibly that’ll also be the day when TOILETPAPER is an artwork! If it was conceived as an artwork, it would have been born dead. As Permanent Food and Charley were, TOILETPAPER is a pure editorial project. The difference is that now it’s my main occupation. But pretend for a second it’s not me doing it; would you still say it’s an artwork? As for the rest, one of my favorite mottos is, never look back unless you’re planning to go that way!

FRANCESCO BONAMI and OLIVIER ZAHM — Is TOILETPAPER to your art production what pickpocketing is to armed robbery?
MAURIZIO CATTELAN — Yes. And in both cases, they haven’t caught me yet! 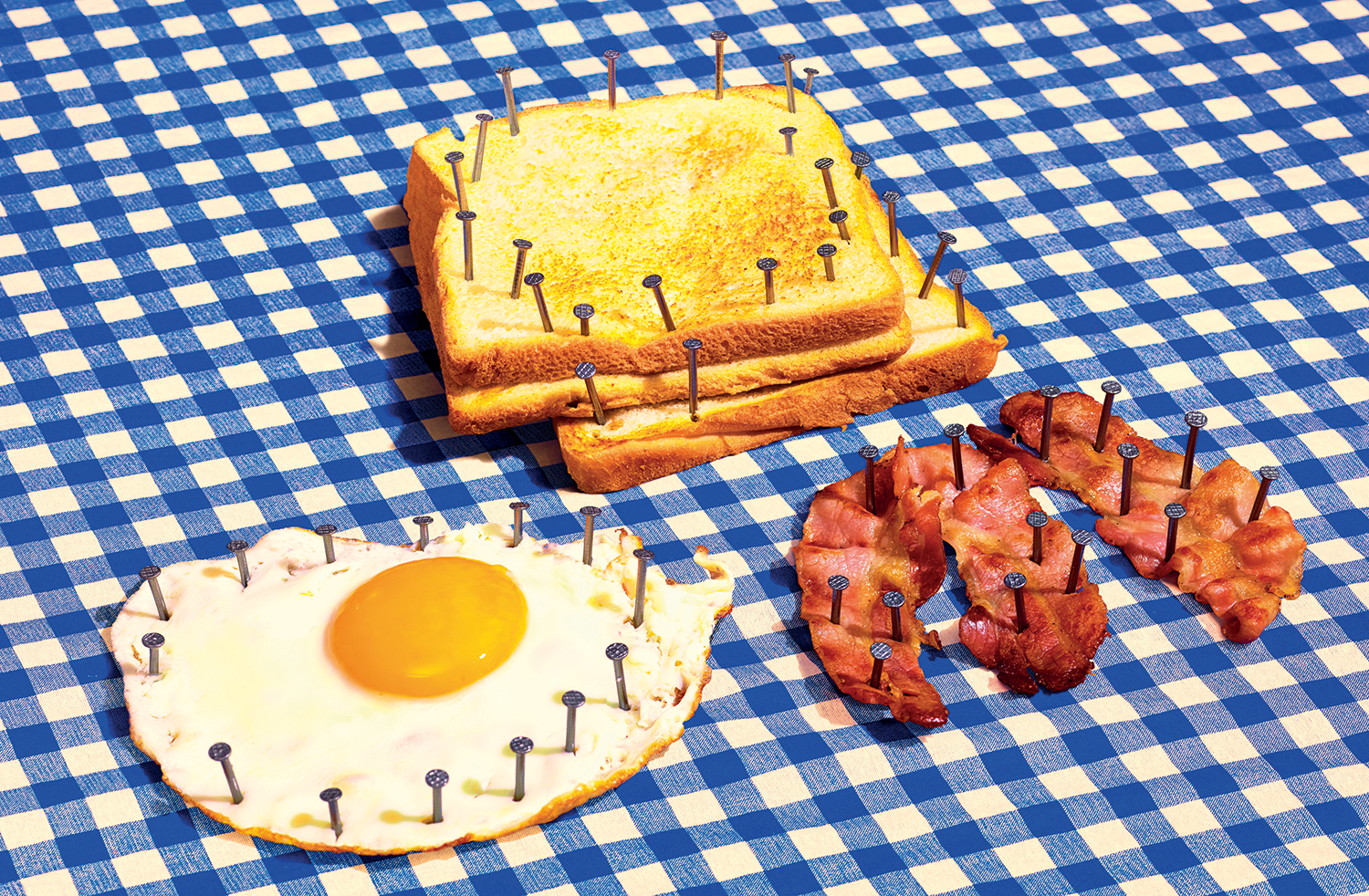 FRANCESCO BONAMI and OLIVIER ZAHM — Do you think magazines are still the right medium for art today (as they were for General Idea with FILE, or for Andy Warhol with Interview)? Is TOILETPAPER the Interview of the 21st century, when images have taken the place of the written word?
MAURIZIO CATTELAN — I recently saw someone interviewing Andy Warhol through a psychic; maybe that could be the medium of the future! Seriously speaking, Interview was a proper magazine, with editorial content and advertising, while TOILETPAPER is totally solipsistic. I’m not even sure it’s a magazine: to me it sounds more like a monologue on the analyst’s couch. I think that if a good therapist analysed every TOILETPAPER image, he might discover that we are both sleepwalkers or potential kleptomaniacs.

FRANCESCO BONAMI and OLIVIER ZAHM — Do you like when people re-blog TOILETPAPER images? Is it one of your intentions to create a source of viral imagery, circulating on the Internet in an abstract, out-of-context way? Is TOILETPAPER the Robin Hood of the publishing world?
MAURIZIO CATTELAN — I think it’s a bit dated to speak of in and out of context today. Images and texts, no matter if they were produced just now or hundreds of years ago, have at least two lives: a printed and a virtual one. What strikes me most is that almost everyone can produce printed material or a blog, but if everyone’s a content producer, who’s left to be the audience? I consider re-blogging to be blasphemy: it can seem disrespectful toward God, but at the same time it’s the recognition of His existence.

FRANCESCO BONAMI and OLIVIER ZAHM — What’s a good recipe for an excellent TOILETPAPER image? What’s the biggest mistake you can make with an image in TOILETPAPER?
MAURIZIO CATTELAN — Have you ever seen the “exploding whale” video from 1970? A dead whale is found on an American beach. The cheapest way of getting rid of the corpse seemed to be filling it with explosives. As you can image, it resulted in a massive, nasty flood of pieces of whale all over the place. Making TOILETPAPER is not so different. We’re playing with explosive ingredients, and we must carefully check that the right percentages are in the mix to avoid having the explosion get out of control. Sometimes even a little mistake is enough to obtain a disastrous deluge of debris.

FRANCESCO BONAMI and OLIVIER ZAHM — What reactions do you try to elicit from the reader through the provocative and sometimes cruel imagery that you’re inventing? Do you ever get surprised or bored with TOILETPAPER’s method?
MAURIZIO CATTELAN — We ourselves are the end users. While shooting we’re like dogs wagging their tails because they understand that dinner is coming. Once it’s finished, as long as we ourselves are surprised by the result, it’ll work! I personally hope that we’ll stop before reaching the boredom stage. Every relationship should be broken up before that moment and, maybe, this was in part my case with the art world.

FRANCESCO BONAMI and OLIVIER ZAHM — If you could compare reading TOILETPAPER to another activity, what would it be? And is reading TOILETPAPER some kind of visual waking? Do you consider yourself a media pornographer?
MAURIZIO CATTELAN — To paraphrase a classic: Reading TOILET­PAPER is like dancing about architecture. TOILETPAPER is something you can easily describe during a dinner with friends, but without being able to completely explain that uncanny feeling that it provokes in your stomach. More than a media pornographer, I feel like I’m affected by an image-hoarding disorder, and I guess there’s no cure. 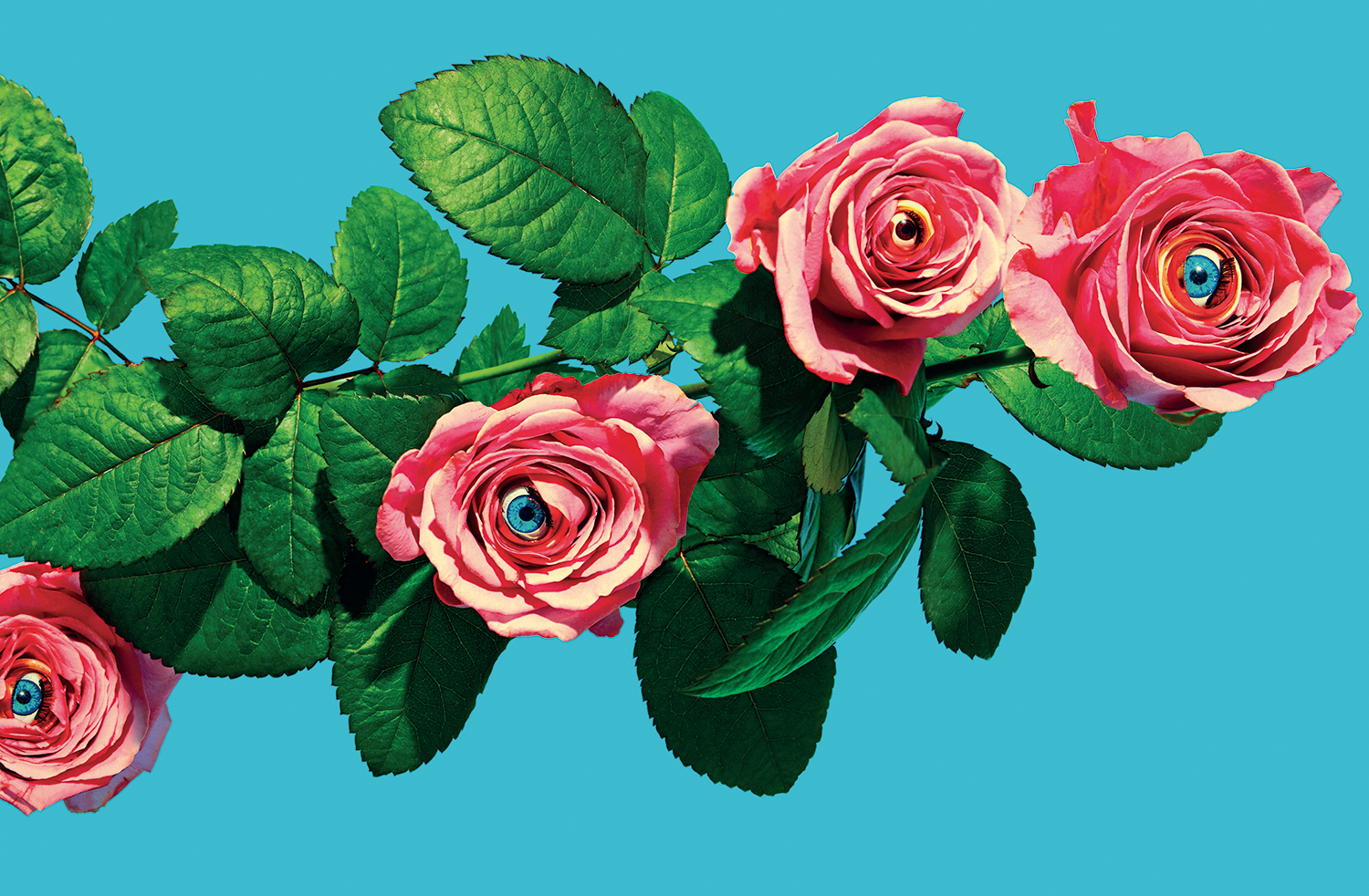 FRANCESCO BONAMI and OLIVIER ZAHM — What’s it like to collaborate with a global brand like Kenzo on their advertising? Isn’t it a contradiction to have a brand use the TOILETPAPER visual language, while TOILETPAPER seems to question the manipulation inherent in advertising? Is TOILETPAPER becoming the “escort” magazine of big brands? Do you think TOILETPAPER will ever have advertising in it?
MAURIZIO CATTELAN — As I said before, TOILETPAPER is like a laboratory. We aren’t sure of its nature and purpose, since we’re proceeding through a trial-and-error process. It’s an honor to hear that TOILETPAPER would be questioning something, but we feel that we ourselves are questioning TOILETPAPER every day. What interests us more and more is doing “stress tests” with this language. When the designers Carol Lim and Humberto Leon asked us to ideate their campaign we felt lucky: it’s not so common to find people who like TOILETPAPER to the point of using it so widely. We thought it was a great opportunity to circulate our images in a new way and to test their strength once more.

FRANCESCO BONAMI and OLIVIER ZAHM — Can the pictures in TOILETPAPER also exist as works of art in some future exhibition or in a gallery? Is Oliviero Toscani to TOILETPAPER what Germano Celant was to Italian art of the 1970s?
MAURIZIO CATTELAN — Believe me when I say that a frame would be TOILETPAPER’s tombstone. In a way, the magazine can already be considered a group show done by a collective that lists as participants the several aspects of our two personalities. Oliviero Toscani was such a huge innovator in advertising in the ’90s that he probably influenced the visual art of that period. Yes, I’d rather say that he has been the Germano Celant of the YBAs.

FRANCESCO BONAMI and OLIVIER ZAHM — If we consider every picture in TOILETPAPER to be a symbol of our time or a psychological and paranoid landscape, what kind of world do they portray? Isn’t the abuse of cleverness the evil of banality?
MAURIZIO CATTELAN — It would probably be a world painted by Hieronymus Bosch after a surfeit of mussels, a world foretold by soothsayers examining the wrong animals’ entrails and discovering that God doesn’t speak their language. It would be a world no one would like to live in. But we’re all here in the end.

FRANCESCO BONAMI and OLIVIER ZAHM — In what sense do you think TOILETPAPER is challenging the limits of the contemporary art system that you’ve been constantly pushing in your own work? Isn’t TOILETPAPER derivative of your work as a practicing artist?
MAURIZIO CATTELAN — I’ve never deeply investigated the reasons that move me to do something: every time, it just seemed to be the right thing to be done at that moment. This is valid for my entire production. I let others say if my work, or TOILETPAPER, or whatever, is challenging or changing something. I go on, without listening to the commentary. The next chapter is suggested between the lines of what is already written.

FRANCESCO BONAMI and OLIVIER ZAHM — Do you think that TOILET­PAPER is in some ways addressing the fashion world’s obsession with new and provocative imagery? Do you fear TOILETPAPER could become a parody of itself?
MAURIZIO CATTELAN — TOILET­PAPER will have an end; that’s sure as hell. We’ll take our chances and run our race, stopping a second before falling into the ravine of the obvious, parody, and the grotesque. Until that moment, TOILET- PAPER will continue to investigate that gray zone between advertising, fashion, and art, with no other purpose than exploring, like scouts at summer camp but more perverted.

FRANCESCO BONAMI and OLIVIER ZAHM — Do you feel closer to Picabia than to Berlusconi? Are you and Berlusconi two characters of the same commedia?
MAURIZIO CATTELAN — You’re right, they have something in common: they both have been considered outsiders in the fields in which they were trying to be involved… Maybe Berlusconi would’ve had a chance as a performer, but I’m pretty sure that Picabia wouldn’t have had any chance as a politician! The Berluscommedia will probably end in farce. Only powerful people’s lives end in tragedy. 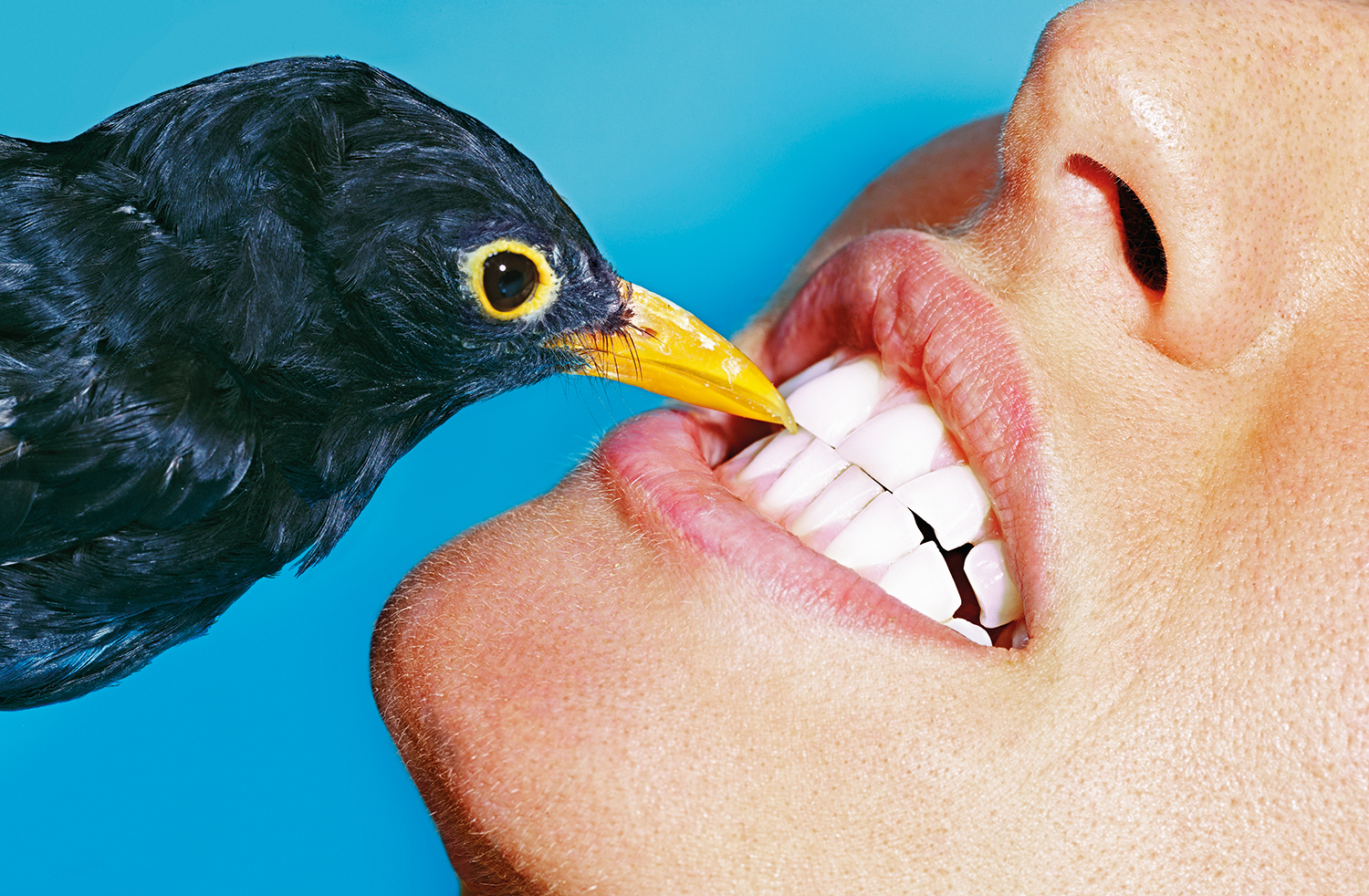 FRANCESCO BONAMI and OLIVIER ZAHM — Will the “last and final” issue of TOILETPAPER be like the Guggenheim retrospective of your artwork — a popular and successful extravaganza but also the tragic bonfire of 20 years of amazing content?
MAURIZIO CATTELAN — The whole excitement of TP is in continuously pushing toward the discovery of something we cannot anticipate. So it’s hard to tell what we’ll become next. But we have a certainty: some things have an end; others are just flushed down the toilet. We definitely belong to the latter category!