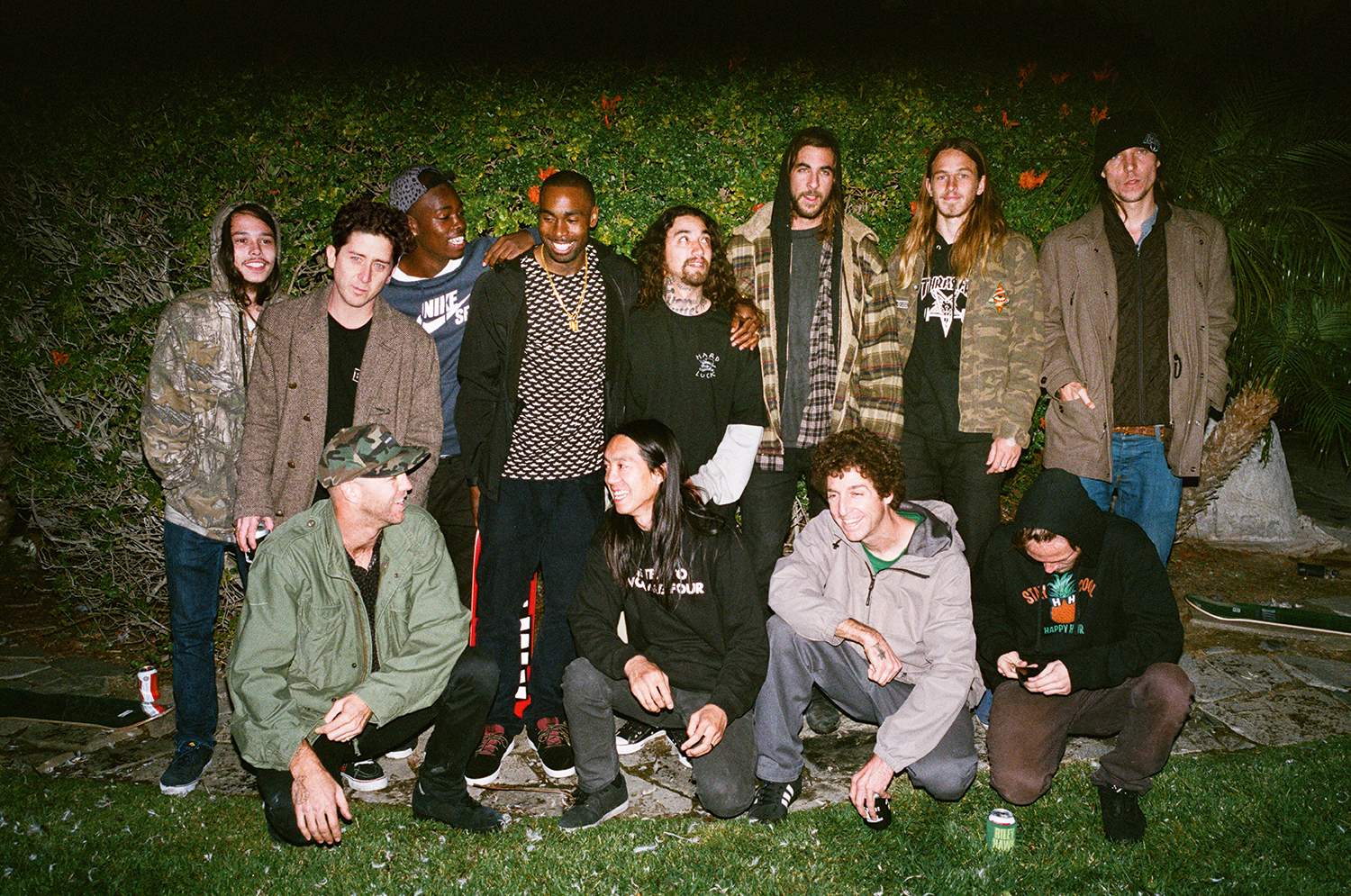 BAKER SKATEBOARDS videos like Baker Bootleg (1998) and Baker 2G (2000) may come closest to defining skateboarding as art. The way this dysfunctional group skated, lived, drank, and pushed the boundaries of fashion and music defines the punk essence of the ’90s. They filmed it all. After years of delinquent excess and self-destruction, the true spirit of Baker is still alive. Here is their story, told by Dustin Dollin, one of the founding members. 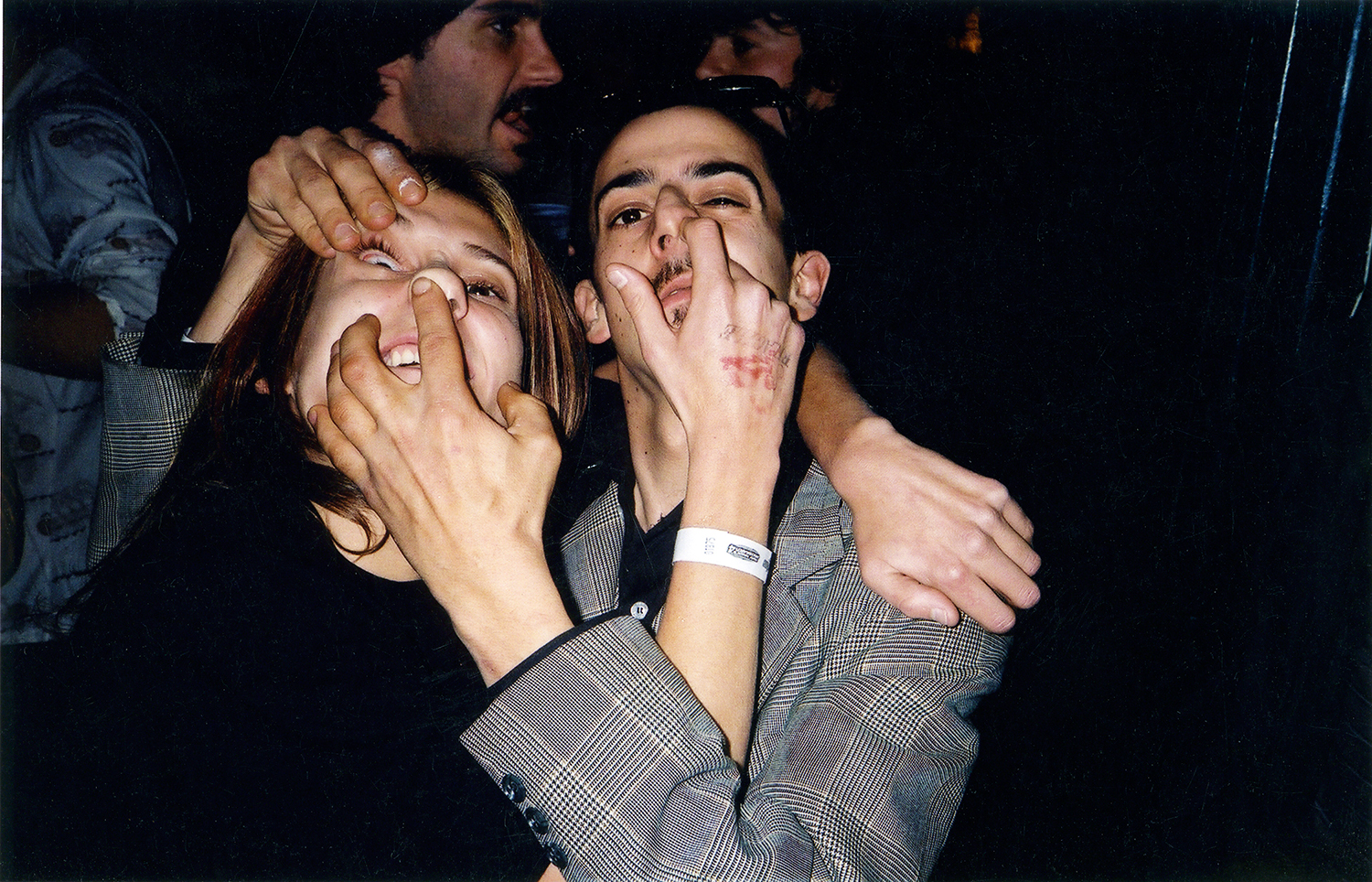 When you were young, did you ever dream of traveling the world, visiting exotic places, driving flashy cars, going to the biggest VIP events, hanging out with actors, actresses, supermodels? Nah, me neither. When I was on my second flight in my life, headed for the big US of A, I landed in Hawaii and thought I’d made it to the mainland. After some acid and a trip to the volcanoes, I actually made it to California. I had $200 and stayed two years thanks to all the people in this story. Sixteen years later, I am so happy to shine a light on this story. Imagine a group of skateboarders, say eight young men, jammed into an apartment meant for three. Roaches, beers, bongs, cunts. Well that was just one of four apartments in Cuntington Beach that we all moved into, known as the notorious Warner Ave. apartments. That’s where a young professional skateboarder by the name of Andrew Reynolds kindly decided after his success in the first multimillion-dollar production skateboard feature, The End, that we all deserved a shot. Well, that’s how I like to remember it. Andrew, alongside fellow conspirator Jay Strickland, told Tony Hawk we were the future… “We.” 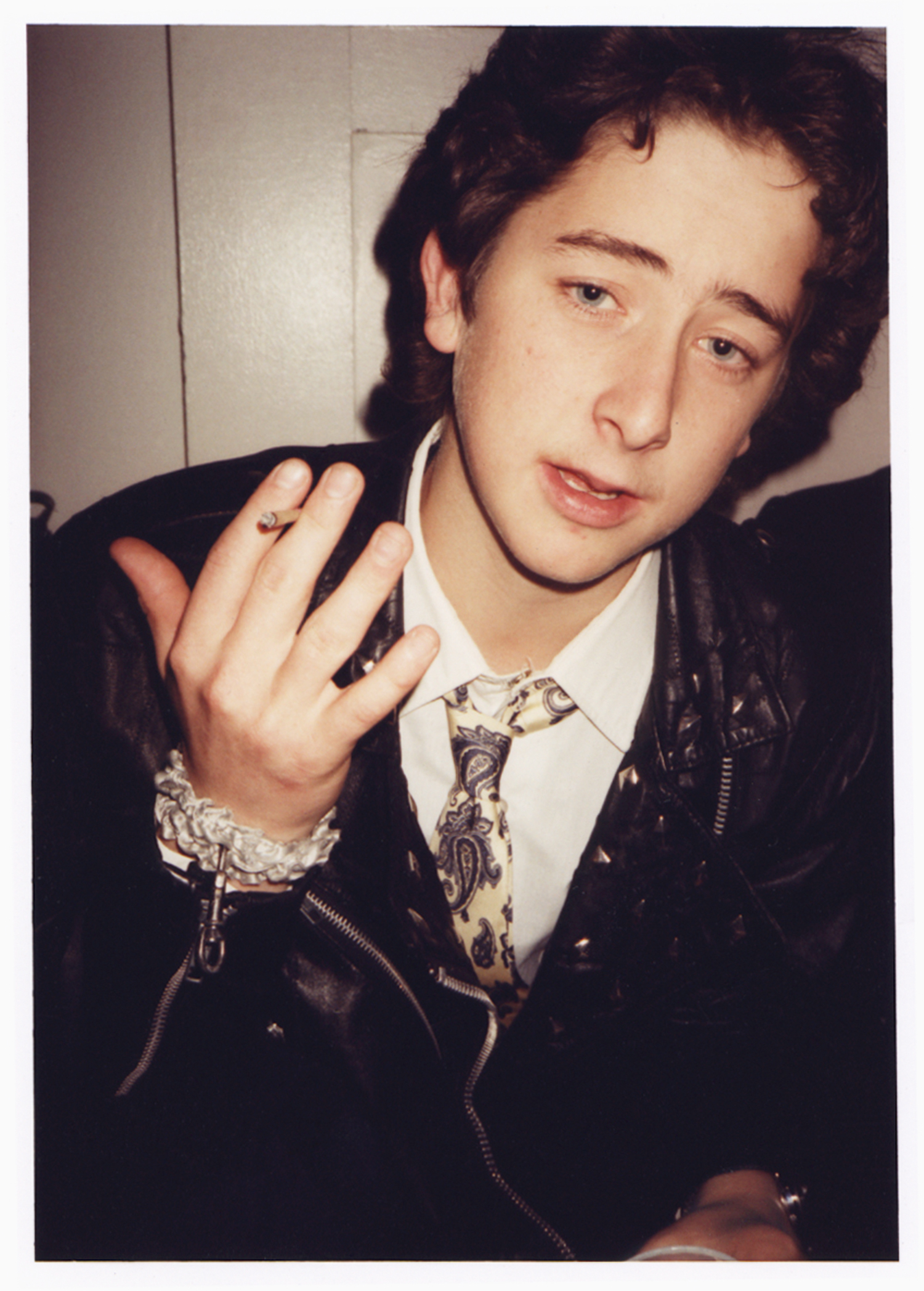 A bunch of misfit broke-ass degenerates with very little talent at that point. It was somehow subconsciously felt that in believing in us as individuals, Andrew had given us all a goal to take over the world by any means necessary. Little did Andrew know he had given us all power to become our own icons of self-destruction. The original Baker was Swedish skater Ali Boulala. Although he never ended up riding for the team, he was the true icon of the image and feeling of what the company would truly aspire to mean to thousands of fans around the world. His everyday mischief and incredibly funny demeanor were a huge influence on the rest of the crew. After Baker was born, the Warner Avenue gang — at least 20 of us — made up a new name for the gang, The Piss Drunx… However, that is a way bigger story. Before Andrew and Jay could conquer the skate world, they had decided to release the ghetto skate video Baker Bootleg (1998). It was a perfect platform to introduce both Baker and Piss Drunx to the world. It was an instant hit and drew a cult following with an amount of drinking, drugs, and fun that hadn’t been seen in the skate world, which at that moment was more baggy clothes and hip-hop. In the Baker Bootleg video, some­thing else changed, not just in skating, but worldwide, with the images released of Ali Boulala and Jim Greco turning their eyes toward history, lacing themselves with bondage and punk gear. I believe they single-handedly brought the whole world of fashion back to the trashy punk ’70s phase. I mean every kid started wearing tight jeans, the Ramones made a huge comeback, and even high fashion went into a junkie phase. Call me ignorant, but they changed street fashion all the way to the top. With the success of Baker Bootleg, it was time to put out a more serious kind of skate video, where people had actual parts to play, a platform for the Warner/Piss Drunx crew, which would actually ride for Baker. 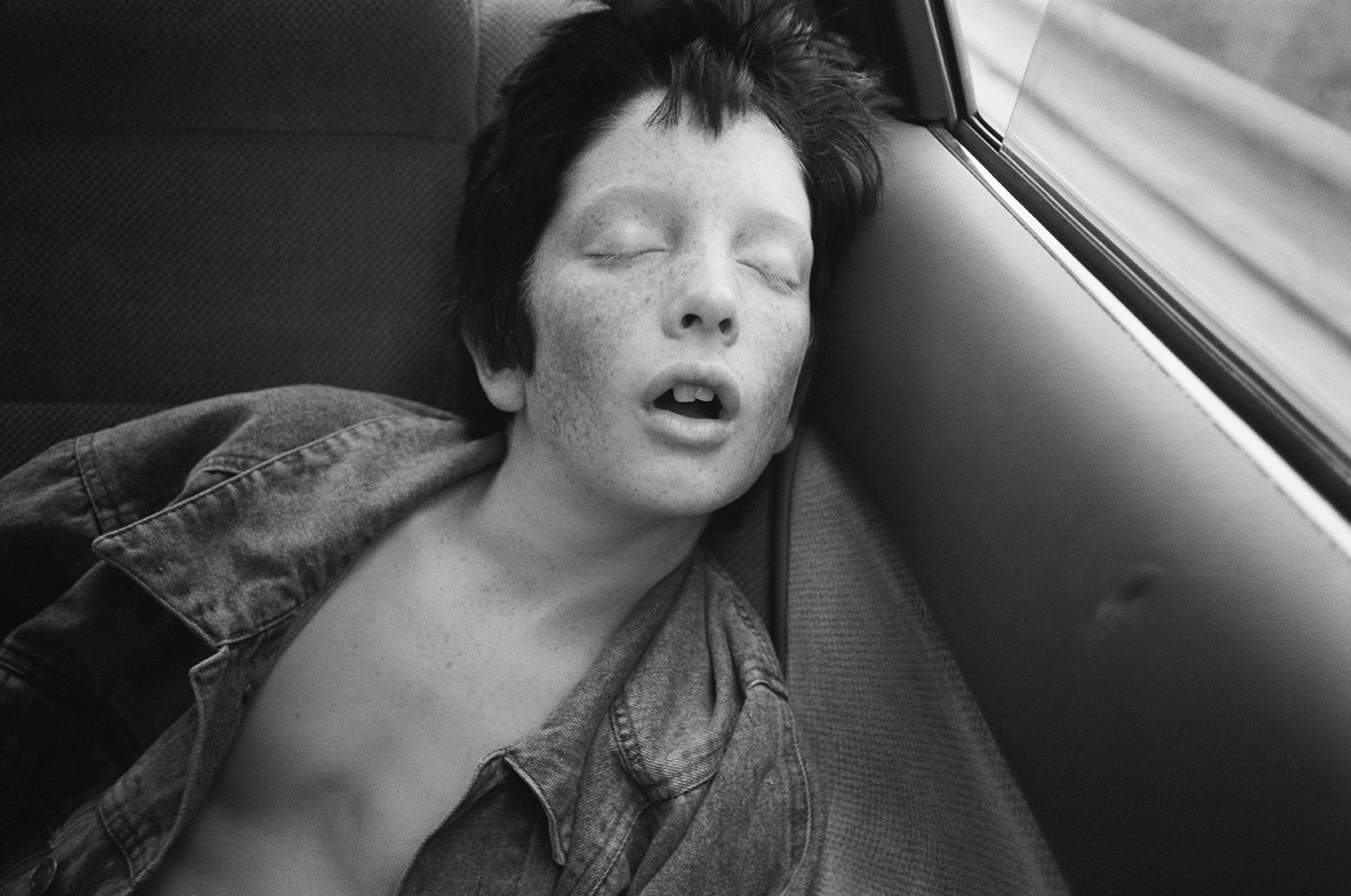 With the success of Baker 2G, it was an obvious step to start Baker Skateboards and start filming for another video later called Baker 3 (2005). The only problem was that everybody had already fallen into the out-of-control spiral of fame and fortune. Jim Greco’s fame after the Baker 2G part pushed him into the limelight so far that he even found himself in a 2001 issue of Rolling Stone. With an addiction to living like older punks in Hollywood (The Germs) and also influenced by Johnny Thunders, he slowly found himself in incredible homemade punk and rock ’n’ roll outfits, including drag and heels. Slowly it pushed him to the lowest scale of rock ’n’ roll, with a serious heroin addiction. Andrew Reynolds, who pre-Baker had had a fairly good image, slowly found his serious drinking problem turning into crack cocaine and eventually crashed his car in Florida, barely escaping death. Erik Ellington seemed to be on the same road as Andrew and spent many nights living it up in Hollywood. Terry Kennedy actually got shot in the face at a party in a random drive-by shooting but went on to have a real rap career and start his own crew called Billionaire Boys Club, with support from Pharrell. Shane Heyl got dangerously close to losing it all, too, with his cocaine and alcohol addiction. I heard he even smashed up a room at his parents’ house before he was put in the rehab hole. 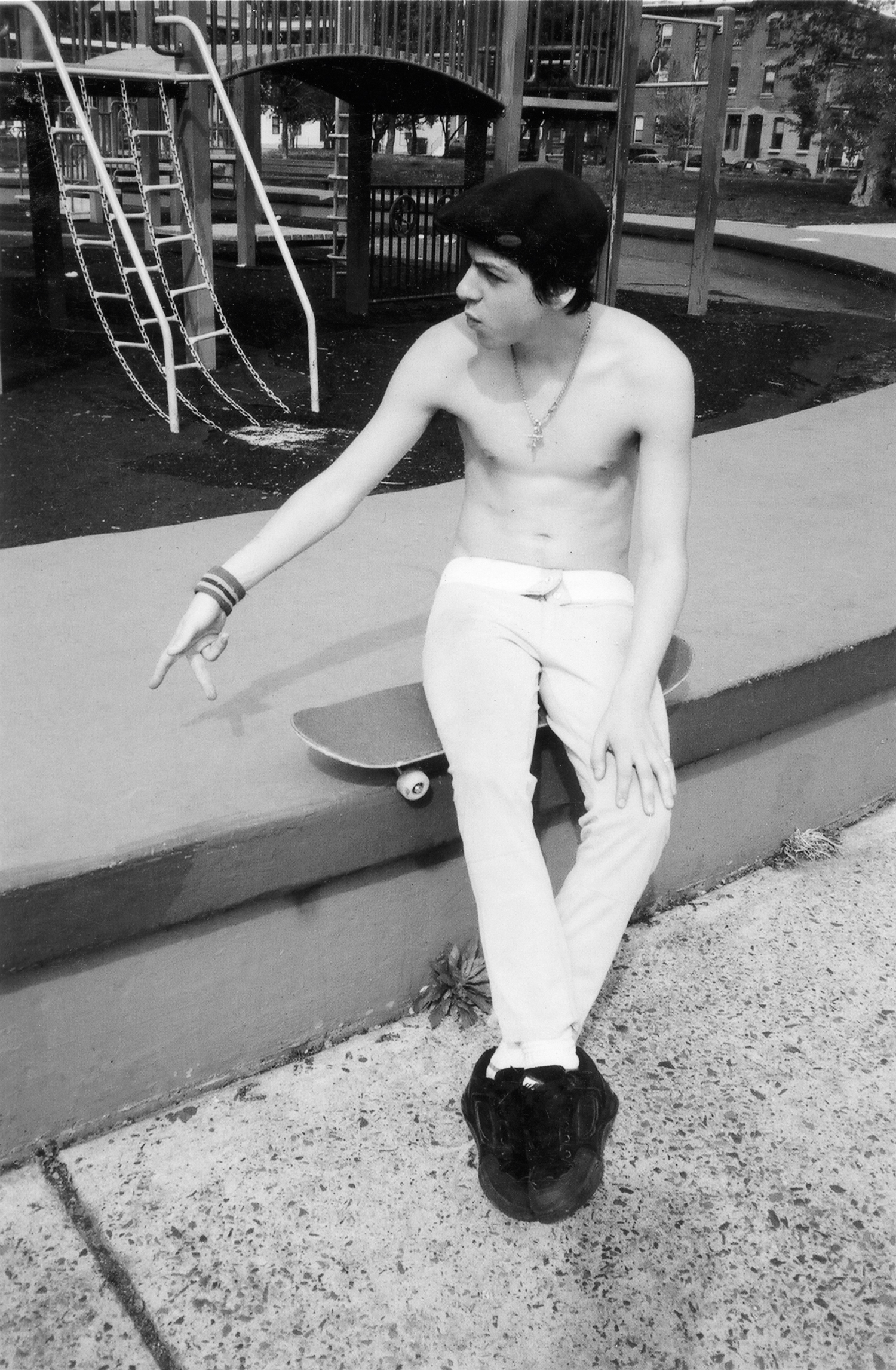 Shane now owns the apparel brand Shake Junt. He rapped on the last song on Lil Wayne’s last album. His new album, Switch Heel, under his alias Goat Mouf Gumbo, will be released at the beginning of next year. As for myself, I got sent back to Australia for four years, where I explored speed and the Goth world for a little while, somehow accidently inventing the emo look by releasing polka-dot Vans and red stretch-denim jeans. As you can see, things were spiraling out of control. During this stage Jay and Andrew parted ways on very bad terms. Jay claimed he invented Baker, the logo, and the look. But unfortunately it was Andrew’s money and his contract. After being stuck in Australia for four years and pretty much missing out on the whole superstar crack phase, I returned to the States to find all my friends in AA meetings. We got our shit together and finally released Baker 3 on Hollywood Boulevard five years later. The premiere caused riots that shut down Hollywood Boulevard for the night. Cops in riot gear and TV helicopters celebrated the return of the ultimate scumbags. I guess everything runs its course, and at the end of the day Andrew, Jim, and Erik own Bakerboys Distribution, and they all have full control now not only over my future but of that of all the new riders of Baker and its sister company, Deathwish. You see, it’s hard when you have a career where your job is, at all costs, never letting anyone tell you what to do. I mean skateboarding is basically illegal. However, it’s also an art form, an ever-changing, always reforming tell-tale of what is or isn’t cool on the streets, whether it’s skating, art, music, or fashion. “WE,” since skating started, have held the key. And guess what —“WHAT WE DO IS SECRET.”