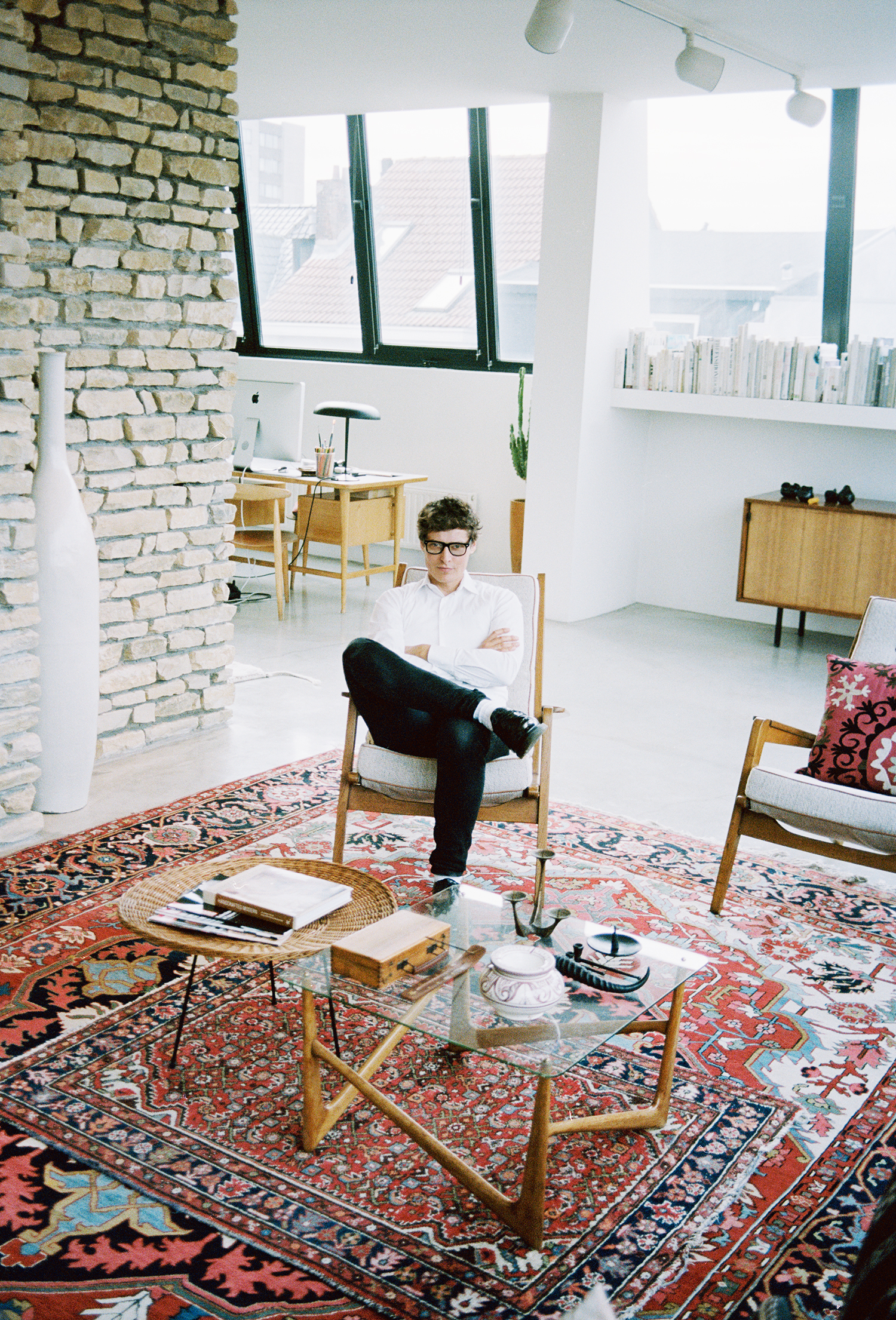 ANNABEL FERNANDES — What is Honest by?
BRUNO PIETERS — Honest by is the 100% transparent brand I launched on January 30, 2012. It launched after a sabbatical I took from the fashion industry. I love fashion and nice design, but I wanted a transparent structure in terms of where the clothes came from and who made them. I also wanted the clothing to be sustainable in a way I could verify and not simply have “honesty” as a marketing slogan. I wanted information so that I could make up my own mind, just as a client would. I now see it as customer service.

ANNABEL FERNANDES — Is Honest by the first totally transparent brand?
BRUNO PIETERS — I believe so. I didn’t like the sustainable clothing currently on the market or most organic brands. I know a lot of designers in Paris. Many of them say that they are still producing in France or Italy, but after reading articles in The New York Times about certain heritage brands being produced in China, I didn’t know what the truth was. As a consumer, I want to know what I’m paying for. As a designer, I want to be proud of what I do, and I think it’s important to share that with my consumers.

ANNABEL FERNANDES — What’s the attitude of sustainable brands?
BRUNO PIETERS — I wish we wouldn’t call it sustainable fashion anymore and just call it fashion, so that it becomes the standard, the norm. With the amount of money people pay heritage brands, they should subscribe to the sustainable ethic. In the last year or two it’s changed, but I think it has to start with designers. A designer uses suppliers with incredible fabrics that cost hundreds of euros, and you’d think for that kind of money it’s got to be good and sustainable. But it doesn’t work that way. I didn’t think about it, and I’m sure the designers don’t either. Working with a big brand, they can simply ask for it. I hope with time they realize that. Today, if you tell a manufacturer or supplier that you want a sustainable fabric, they can do it. When people get that, things will change.

ANNABEL FERNANDES — You offer designers and brands a public platform, using Honest by’s supply research. Designers like Calla and Nicolas Andreas Taralis are a few of those you’ve collaborated with. Is this an incentive you’ll continue?
BRUNO PIETERS — Definitely. More and more. I love doing the photographs, promotions, and interviews. It’s almost like doing editorial work.

ANNABEL FERNANDES — Honest by will only sell online for now. Are you stepping away from producing large collections?
BRUNO PIETERS — We were invited to do the showroom at Esthetica in London. I thought it would be an opportunity for growth, selling in stores. But I quickly discovered that I didn’t enjoy promoting or expressing myself in that way. Retailers liked the clothes but didn’t like the transparency idea. They didn’t want their markup shared on the Internet or to have a different markup on our website than in their store. So we cancelled everything — we aren’t going to sell to any retailers anymore. If we do, it will be for our own stores.

ANNABEL FERNANDES — Worker exploitation is still very evident. In the collapse of the Rana Plaza factory in Bangladesh in April 2013, a thousand workers were killed. After this, do you still think there is denial in the industry?
BRUNO PIETERS — The government increased the wages, but they’re still the lowest in the world. There’s also a very basic security agreement that brands are signing. Wherever there’s poverty, there are brands. They get cheap labor and better profit. It’s logical. It’s up to the public to change that. People cringe but don’t want to take responsibility. Imagine if you depended on these brands for your survival. That would be horrible. I say embrace the responsibility. Freedom lies in the power to change.

ANNABEL FERNANDES — Gandhi’s statement, “Be the change you want to see,” led you to reorient yourself in the fashion world and to start Honest by. How can the consumer make such a change?
BRUNO PIETERS — I’ve spoken to a lot of people about it. First they get angry when I say these things, then frustrated, because they’d love to make such a change but can’t afford to. The anger is directed at the brands, but the frustration wakes people up. And it’s not good for brands to have angry customers. H&M, on its own, is hiring minimum-wage workers in Bangladesh. They weren’t happy with the government’s proposed wages, so they raised them for their workers. So I think it’s changing. Remember, customers are human beings and want humane products. That’s logical, too — and how it should be. We had a period of cheap mass production. People could afford everything, which was wonderful. Now we need to figure out how to do it without abusing industry workers.

ANNABEL FERNANDES — Has Honest by been a steep learning curve?
BRUNO PIETERS — Yes. I’ve bought products made in a way I definitely don’t like, even fur. Today I’m vegan. There’s such a difference between not caring and being in a state of shock, and I was in a state of shock. In shock you’re basically in denial, because you don’t know what to do. I had to wake up. I made that decision. It was a very personal journey. That’s one reason I call it Honest by, since it started by being honest with myself.