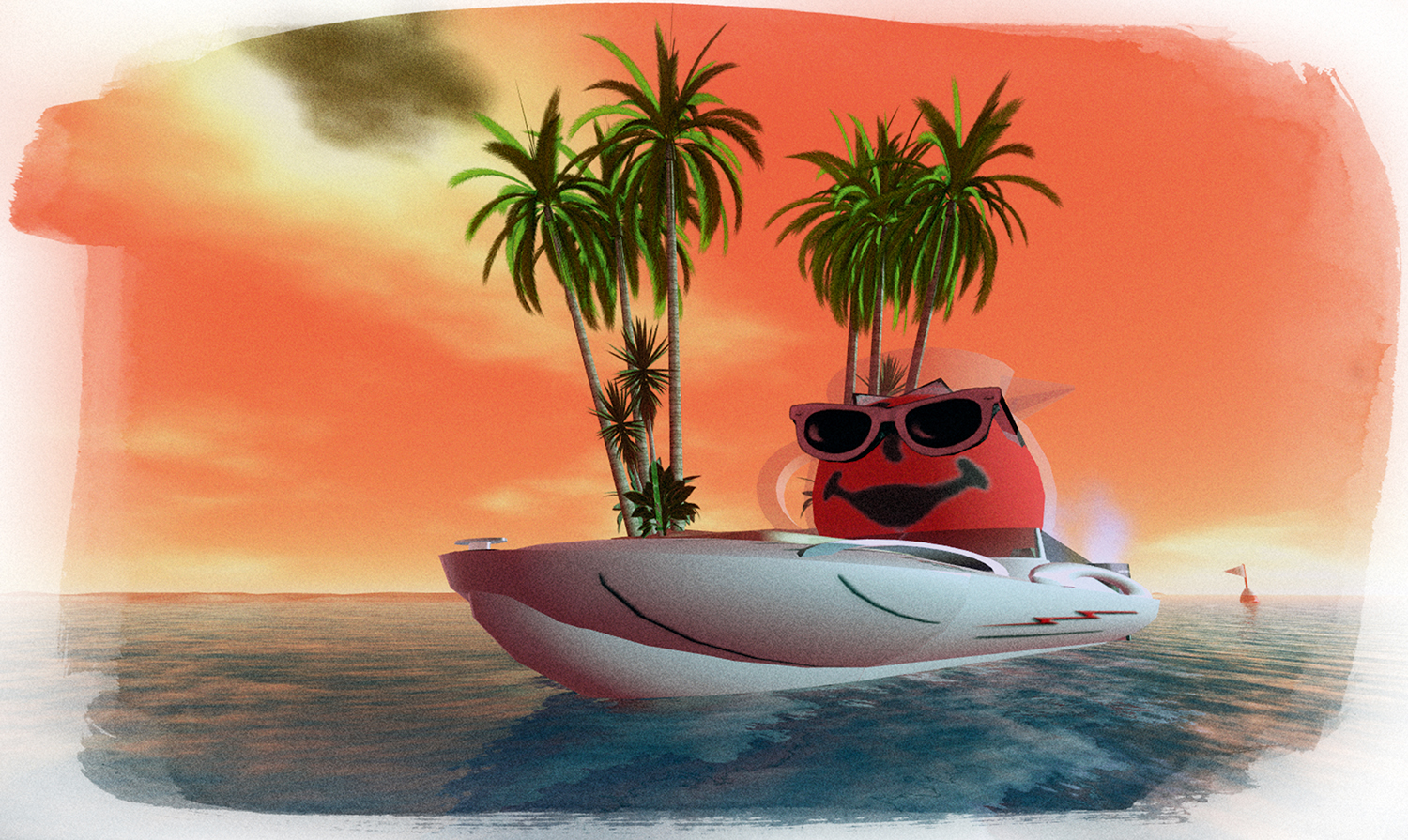 NICHOLAS O’BRIEN — Do you know a good place?
JON RAFMAN — I know a few places.

NICHOLAS O’BRIEN — All right. Let’s discuss your history and your kind of art education I guess you could say, but also the early part of your career, which was invested in cinema and film history.
JON RAFMAN — Well, originally I wanted to be a filmmaker. I wanted to tell stories. I studied literature and philosophy in film in preparation for what I thought would be a career in cinema. When I’m surfing Google Street View or exploring Second Life, the narrative impulse is always there. An underlying theme or goal is a constant search for artistic tools and methods that best represent or reveal modern experience. So I look for ideas and inspiration from those who also struggle to represent their experience of modernity, whatever the time period or era. In fact, I believe the different generations or time periods that have been termed modern are more similar than different. I mean, be it Geoffrey Chaucer in the Middle Ages or the contemporary artist Cory Arcangel, the artist has searched for how to represent and critically examine the present.

NICHOLAS O’BRIEN — Oftentimes one can approach your work or look at it through the lens of appropriation or co-opting amateur technology or pop technology. Things like Google Maps, Second Life, CafePress, the 3D Warehouse, stuff like that. I’m wondering how that influences the process of your work: whether it influences it from the onset or from the middle, or is it an afterthought?
JON RAFMAN — Well, like I said, literature and cinema are big influences, and equally inspiring are the things that I consume and am experiencing every day, the emerging virtual world like Second Life, for example. It’s not so much the amateur technologies themselves that inspire me, but what amateurs are doing with these technologies, what they are using the technologies to create. That’s what really gets me excited. I just love looking at stuff that people have created without the intention of it being called art. I mean, stuff that is made by people semi-naively, by people who are simply excited to create things. And I think this enthusiasm is shared by many of my peers. You know there’s an aspect to Second Life that is grotesquely kitsch, and I can’t help but love this aspect. I think we’ve reached a point now, my generation, where we don’t even know if we’re celebrating something and saying it’s great or engaging in ironic critique and mocking it. We’ve almost collapsed the two.

NICHOLAS O’BRIEN — They operate as a kind of collision between pop iconography and high art and high culture, certainly kind of like high modernism. I’m wondering how these encounters happen through the process of your work. It seems as though it’s an inevitable result of the jurisdictions you’re dealing with.
JON RAFMAN — Well, part of me feels like I’ve completely and artistically surrendered to this present reality where there is no dichotomy between high and low. I think for a Dadaist in the early 20th century, there still existed a rigidity in a perceived distinction so they were able to react against the social existence of this dichotomy, but for my generation I feel that the distinction between high and low art and culture has pretty much dissipated. I don’t think anyone could claim anymore that this is culture and this is not culture. I mean our art pretty much assimilates everything, so there’s nothing to react to in that respect. I think I was born into a time that was already groundless. So I think what makes this generation or the past few generations unique is that we don’t have any reference points; we were born into a groundless, ahistorical reality. And I think that because of this, there’s this underlying sense — and I find it in all the subcultures or countercultures that I’ve encountered — that we are completely impotent in making any kind of true, revolutionary critique and that in a way there’s no escaping this centralist monster where authority is ambiguous, so obscure and so nameless. I think there is this helplessness, and we all feel it and so we retreat or repress it and displace it. But it can’t help but return, remanifest in different ways. Or there’s a certain playful irony that I find that is also tragic at the same time.

NICHOLAS O’BRIEN — A lot of this sounds pessimistic, yet the work seems optimistic; I mean it’s lighthearted and reintroduces playfulness as opposed to being anthropological, removed, or distant.
JON RAFMAN — I think maybe it’s that I’m really enjoying the act of exploring these virtual worlds. There’s a genuine excitement there. That’s a good question: how can we take such pleasure in a movie in which all humankind is annihilated? We’ve reached a point where we’re enjoying our own nightmares. 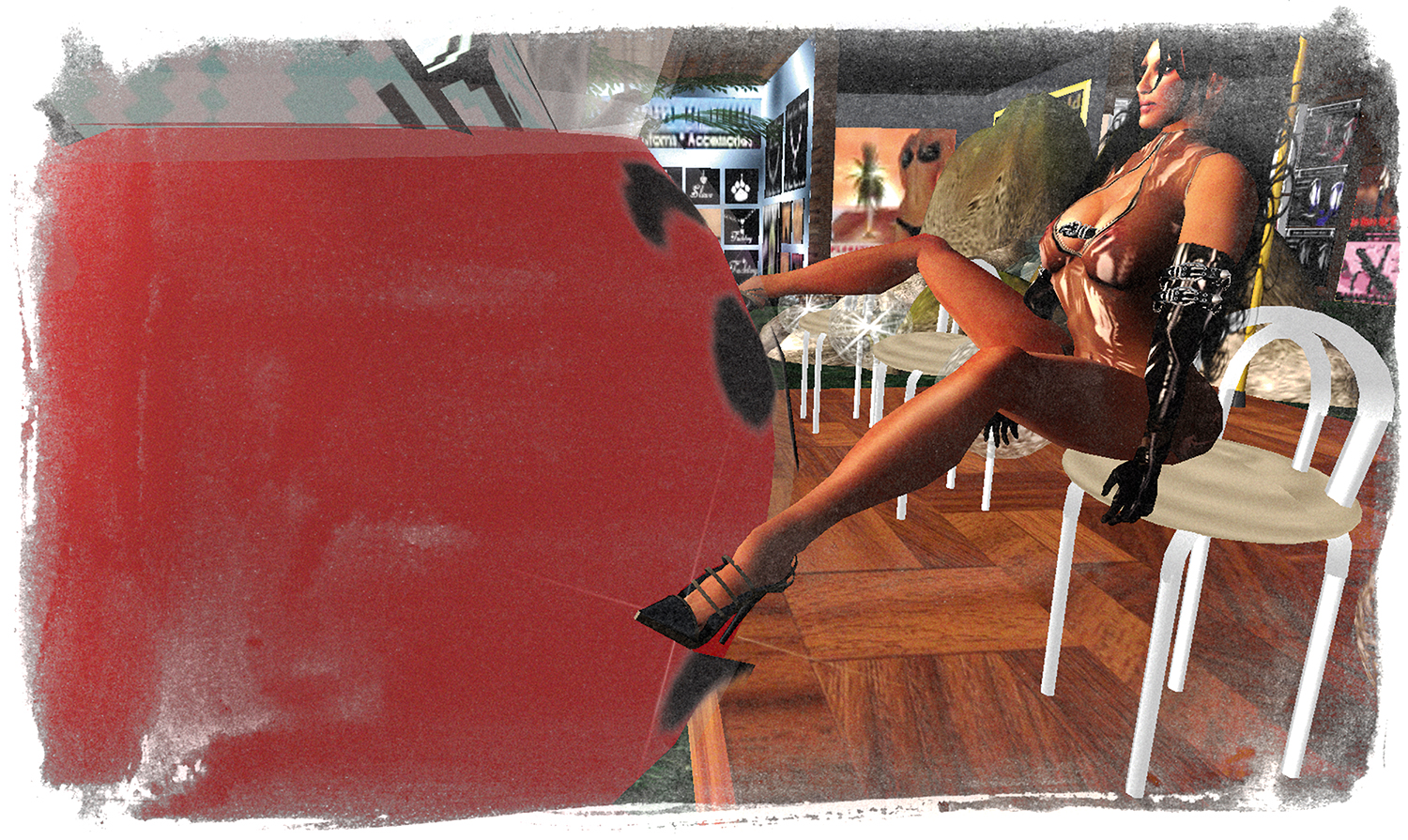 NICHOLAS O’BRIEN — Recently you were involved in the “Avatar 4D” show at Noma Gallery in San Francisco curated by JstChillin. It showcased a large group of emerging Net artists working with the same vernacular and vocabulary you’re working with. How did that sense of community within that group of people influence your work or instigate ongoing collaborations?
JON RAFMAN — I think you’re right that there is an ongoing dialogue, and it first crystallized with the blog format several years ago and Internet-surfing clubs like Nasty Nets. It has just expanded and mutated ever since. I think with the advent of exhibiting work online, one can respond almost instantaneously to others no matter where one lives, so I think this new form of distribution allows for a certain direct response that sometimes almost resembles real-time conversation with fast-paced aesthetic and conceptual exchanges. I also think that the Web encourages a certain lightness and nonchalance, a disrespect for the preciousness of the physical object, and this is somewhat liberating, although there’s still plenty of fetishization that’s occurring. Sometimes I feel that there is a sense that we’re all collaborating and analyzing and finding structure in this seemingly formless flow of information that we’re constantly bombarded with every day. And with the growth of the Web I think this dialogue between Internet artists is becoming less and less of a conversation limited to the aesthetics and signs and symbols of the Internet and is becoming more of a conversation just about everyday culture and everyday reality.

NICHOLAS O’BRIEN — In the Kool-Aid Man tours, you get the sense that there’s a transition point between documentation of the tours and this other kind of process of self-discovery, either of you personally or of your character or somewhere in between. Could you talk about how the transition happened for you going into this environment or how that occurred as a result of giving these tours?
JON RAFMAN — In both my works and virtual worlds, both Google Street View and Second Life, there’s a remarkably similar pattern. It begins with the absolute joy of an explorer discovering a new world, that can be searched and investigated endlessly. In Street View, I first believed I had found a more truthful and more transparent world because of the seemingly unbiased and neutral way in which reality was photographed. And also because of the sheer vastness of the project. And in Second Life, I first found individuals who do not always describe themselves as artists but who created with a passion that was totally inspiring. Second Life is the ultimate tourist destination, it’s an endless expanse where different symbols float around together equally and free from the weight of history. It’s turbocharged Las Vegas and Dubai combined. It’s where every possibility of landscape and architecture exists. Like Google, pointing to its own copyright in every Street View image, Second Life is an artificial world that admits its own artificiality, thus representing the anarchic psyche of the Internet. I was just excited to document my discoveries and share them through my tours, but the same process was involved with both Street View and Second Life, where the historical role of the artist, the perspective of the artist, slowly entered. I learned that to be able to see reality within one’s own art, you have to be worthy of it. I came to realize that Second Life, like Street View, reveals a lot about the present. It reveals a world that is totally constructed from no reference points. Like I said, I think that an artist must be committed, must incorporate some moral dimension. Inevitably there are dichotomies, not of high and low, but something about valuing the human being, recognizing the significance and worth of individuals.

NICHOLAS O’BRIEN — In the Kool-Aid Man tours there is a sense of distance between your avatar and others. Do you ever feel that you have a reluctance to expose too much of the user’s experience or is there a genuine separation within the Second Life community?
JON RAFMAN — Yes, there’s a sense of distance between myself and the Second Life community. I think Kool-Aid Man as an avatar functions differently than most other avatars. Many avatars in Second Life are some form of representation or extension, idealized or other, of their owners. I think sometimes, that Kool-Aid Man’s presence is unnerving, and sometimes when I look at Kool-Aid Man’s smile, it terrifies me. There are those who believe that when dreams become reality, they become nightmares. Perhaps Kool-Aid Man in his tours transforms our experiences of Second Life in a way that highlights this possibility. The work I create when I’m reframing or adopting the role of the community may not free us, but I hope that it points to the conditions in which we are trapped.