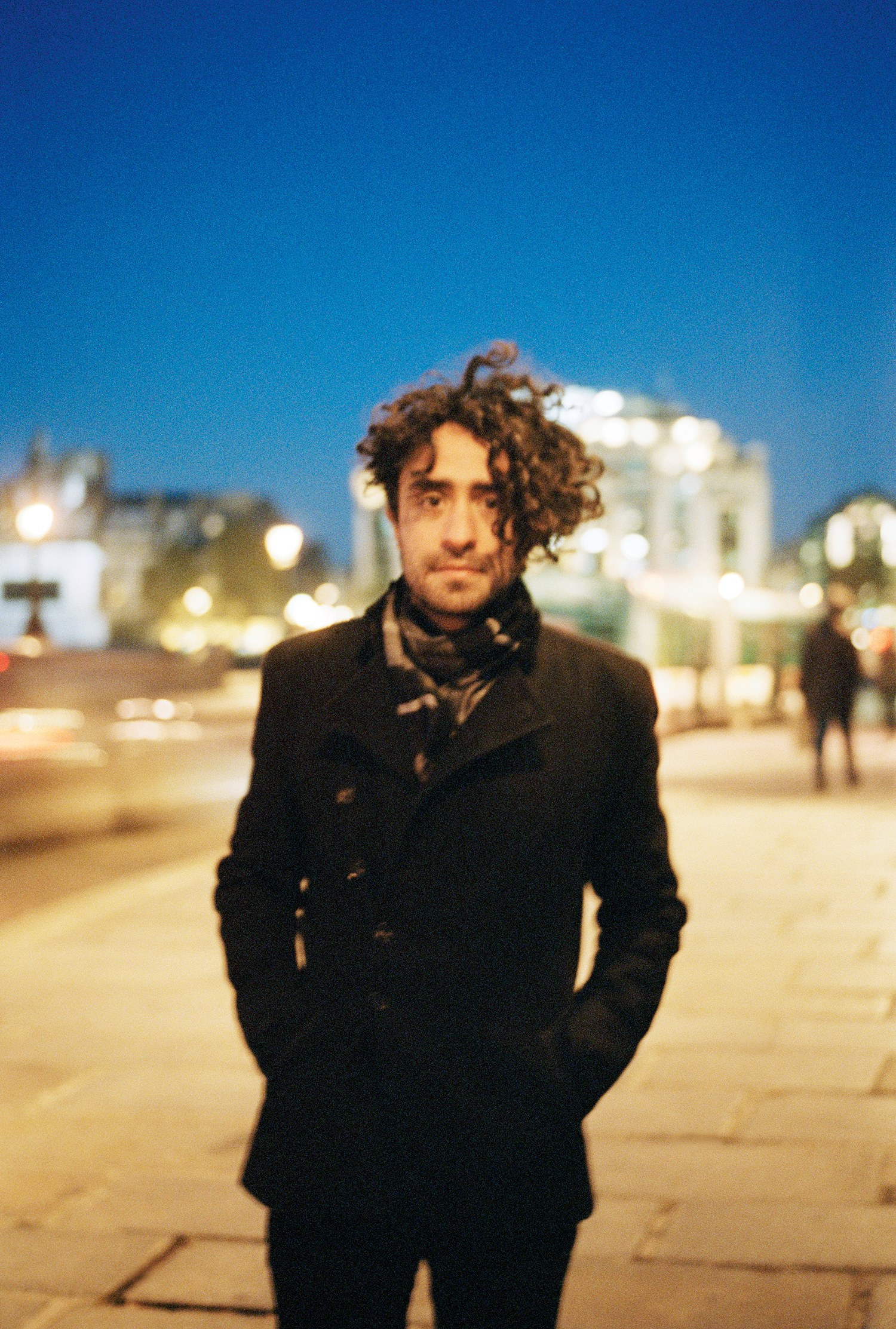 BILL POWERS — Are there independent publishers that have influenced you?
ARON MOREL — In the early days the zines and small artists’ books produced by the Swiss publisher Nieves awed me. I had one of their early zines, by Larry Clark, and remember pulling it out in front of him after he’d just released a large, hardback coffee-table book. Somehow the zine meant so much to him. This was definitely an inspiration as I realized that artists were mad about simplicity. Moments like that made everything possible for me!

BILL POWERS — What about older books or other styles?
ARON MOREL — Undoubtedly another inspiring part is the potential and power of self-published books — from handmade books by William Blake, produced in editions of maybe a dozen, to the little poetry books like Ginsberg’s Howl, published in 1956 by Lawrence Ferlinghetti’s City Lights bookshop in San Francisco. City Lights sent the legal establishment into disarray with problems of obscenity laws and censorship. It’s amazing how a small edition of a little book can kick up the dust and affect culture — and how a few books can change minds. Ten copies of Rimbaud’s Une Saison en Enfer changed poetry and reached a mythical status. A few copies of Ryan McGinley’s The Kids Are Alright has inspired a younger generation to put out their work!

BILL POWERS — McGinley’s Moonmilk was one of your first books? How did you hook up with him?
ARON MOREL — I’d already published some small zines with Gerard Malanga, but Ryan’s was one of our earlier books. I’d heard about the cave project that Ryan was working on. After he’d finished his summer trip shooting them, he planned to exhibit the pictures in London at the Alison Jacques Gallery. I arranged to meet him at his place, and he showed me some images he’d shot in caves the year before. They were amazing and had a primordial feel. Ryan went on his summer trip to shoot the project, and while on the road he occasionally sent me images whenever he had Internet access. Over several weeks we discussed edits and design concepts over the phone and via email. We’d speak at ungodly hours, after days of shooting, and slowly go through the book, perfecting it.

BILL POWERS — Do you learn from a book you are making?
ARON MOREL — Boris Mikhailov’s book was very inspiring. He’s always evolving, trying out ideas and concepts. He’s the folklore “trickster,” someone who plays games with social conventions but breaks the rules with a provoking but positive and at times perplexing effect. We first met in Berlin on a steamy afternoon. I arrived at his house late, hung over, and he paced angrily around the room, speaking in Russian, which his partner, Vita, translated and obviously toned down. He kept me on my toes the whole time with wild ideas and suggestions, testing my own ideas for the book. The process was to Boris like an experiment in how he could take a body of work he’d exhibited and transform it into something else for a book. I could see him formulating ideas, questioning them. He’s from a world where being an artist is as important as being a philosopher or poet. He lives his work — he is his work!

BILL POWERS — Is the forthcoming Harmony Korine project based on his paintings?
ARON MOREL — So far it’s based on his photographs, but we’re still working on it, so it could take a different direction between now and the day it comes out.

BILL POWERS — What was it like working on Terry Richardson’s Mom/Dad book?
ARON MOREL — Mom/Dad was a great project! With Terry I wanted to try to do something different. Terry and I spoke about doing a pair of books in a sleeve. He knew what he wanted. We got his friend Lee Swillingham to art-direct the project, which was the perfect collaboration for such a sentimental project, one that is lighthearted and painful, especially about his dad’s struggles, and seems to leave no stone unturned.

BILL POWERS — You’re also working on a book with Eddie Peake.
ARON MOREL — Eddie is by far one of my favorite artists. His work is multisensory, confusing, beautiful, and involves a massive mélange of musicians, DJs, sculptures, nude performers, paintings, photographs, architectural elements — with Eddie in the middle, somehow managing to bring the elements seamlessly together with a big impact. His work is a constantly elastic cultural lexicon. He can combine pop culture with an ancient Greek chorus and end up with a crucible of sensations and ideas that transcend and even challenge such a lexicon, with sex and so on. He invents a new language every time.

BILL POWERS — What’s the Elizabeth Peyton title you’re working on?
ARON MOREL — It’s based on only a few of her paintings. We’re hoping to add some photographs and possibly a little text. I’m hoping to have it out in the spring along with a few books that will be different from what we usually do.