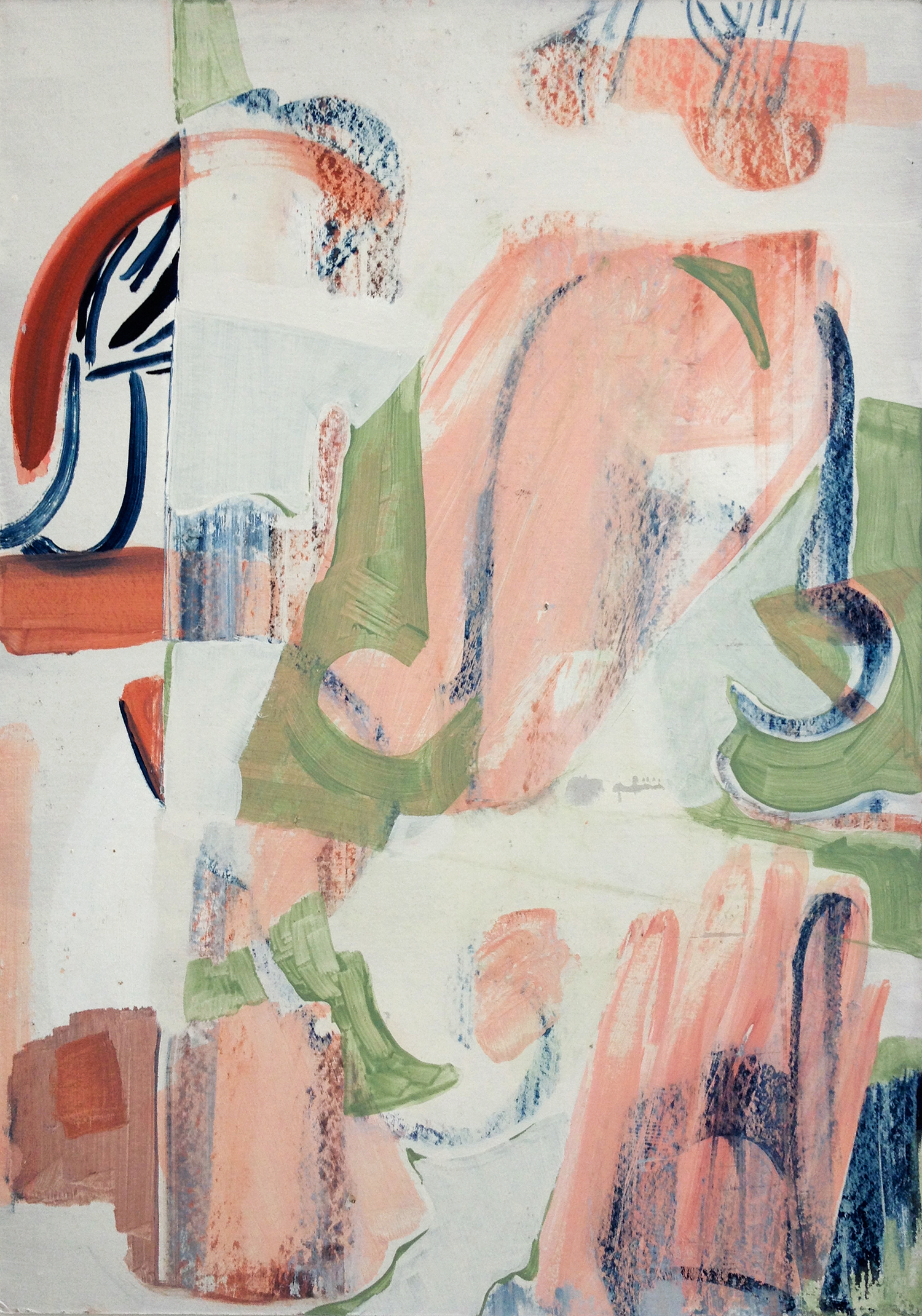 In 2009, after selling out a solo exhibition of distorted portraits of dictators at the cult London gallery 20 Hoxton Square to one of Britain’s most influential collectors, 24-year-old Laurence Owen took the money and ran. That would be the sensationalist way of putting it. More accurately, Owen invested his earnings in a small townhouse in Southwest England’s bucolic Devon, where he spent the next year or so detached from big-city mingling and worked in isolation.

There, his paintings took a turn away from the narrative focus of his previous works, which had explored sociopolitical themes of paradises lost and powers abused, and instead headed down the rabbit hole of abstraction. Removed from the city, Owen turned his back on the “popular language” of much contemporary painting, which he categorizes as “heavily laden with knowing references” that often result in an “emotionally distant” experience for the viewer.

Instead he found inspiration in “misplacement,” not necessarily of his own geography, but in the way in which “you can take something out of context, say a tribal mask taken away from the tribe and put in a museum, where it takes on a different function, associations, and levels of meaning. It can then inspire an artist to create something new himself.”

In order to explore this vein of inquiry further, Owen relocated to London and enrolled at the city’s prestigious Royal Academy, which gave him the opportunity to visit the tribal masks in person at the British Museum — an experience he describes as “metaphysical, in the sense that it set something off in me and took me to a completely different place.” The result is a series of paintings and ceramics that ruminate on the notion of how a source material can become a palimpsest of meaning in its abstraction through time and the ways in which it is interpreted in the present.

Owen refers to his painting Family Mixup at the Clambake, which depicts two totemic figures against a black background, as an example of this process. “It is very much about origins and interpretation. Family Mixup at the Clambake came about after taking a little walk around the British Museum, doing loads of preliminary sketches of prehistoric and tribal statues for a ceramic I was planning to make. They went from being 3D in reality to 2D in my sketchbook. I then created a 3D ceramic version of the sketch, which I then painted in oil, and it became 2D again.”

At the Royal Academy’s “Premiums” exhibition opening on March 7, a showcase of the work of 17 mid-course students, Owen will be presenting a series of “expanded paintings” — images juxtaposed with their related ceramic objects on plinths of various forms and heights. “I want to create an immersive experience for the viewer — one where they can get lost in abstraction, yet still find their point of origin.”