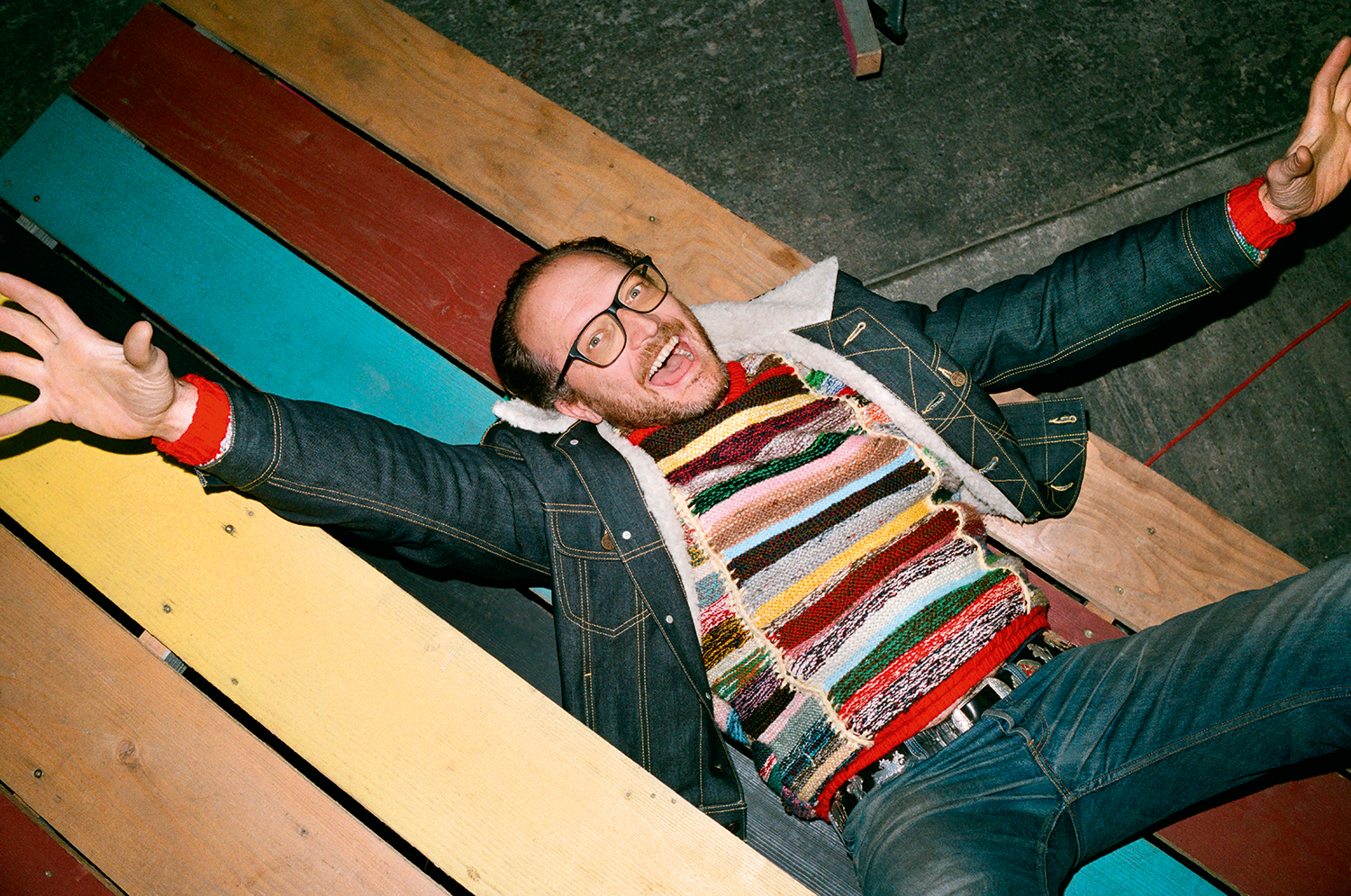 Swiss-born artist Kerim Seiler started his career by painting two-dimensional, life-sized images of ordinary city objects, such as park benches and ticket machines, but soon moved on to making everything from colorful and inflatable molecule sculptures to a very impressive 250-meter-long permanent neon light installation at the Zurich central train station. Space and structure seem to be very important components of Seiler’s work, so it felt almost natural that he chose a four-meter-high platform overlooking his Berlin studio as the location for this interview.

SVEN SCHUMANN — Kerim, you have studios in Zurich, Berlin, and Johannesburg. Why do you divide your time between these three places?
KERIM SEILER — Switzerland is where I come from, and Zurich is one of the possible urban spaces where one can live in Switzerland. To me, the whole country is something like Los Angeles, where you can go everywhere in one or two hours. Berlin is the city of my heart, because my girlfriend lives here. And Johannesburg is a place where I ended up quite randomly. 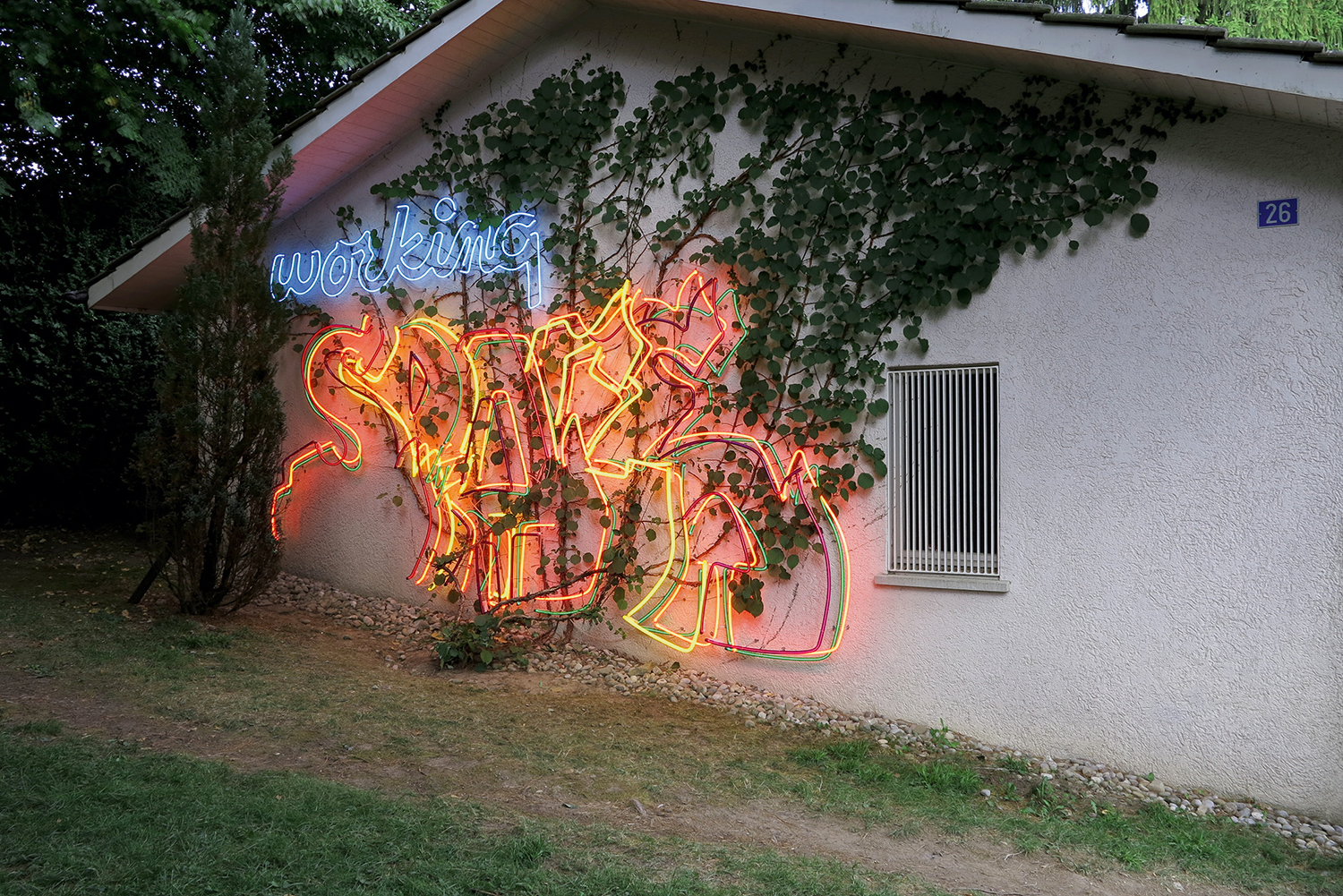 SVEN SCHUMANN — How come?
KERIM SEILER — I did this very slow performance piece with Gregor Metzger where we drove around South Africa for a couple of weeks to build and deconstruct this structure. And at the end of this journey, I was standing on a roof with a spectacular view in Johannesburg CBD. I always dreamed somehow of a rooftop space, so I asked my friend Jonathan Liebmann, who owns the building, if I could buy this roof space. He said that he wouldn’t sell it, but he would maybe trade it for an art piece, and I said, “Well, what if the art piece were a thing that I built onto this rooftop?” So that is how it happened, and that is how I received the space.

SVEN SCHUMANN — So your studio is in the art piece that you built?
KERIM SEILER — Yes, one could say it is a sculptural approach to working with space. It is called Relay (Situationist Space Program), and it’s something between an abstract spatial composition that you can walk around in and a space where anybody who happens to be in Johannesburg can just hang out if no one else is in there. The idea was not only to build this one functionalized sculpture, but maybe a couple of them. 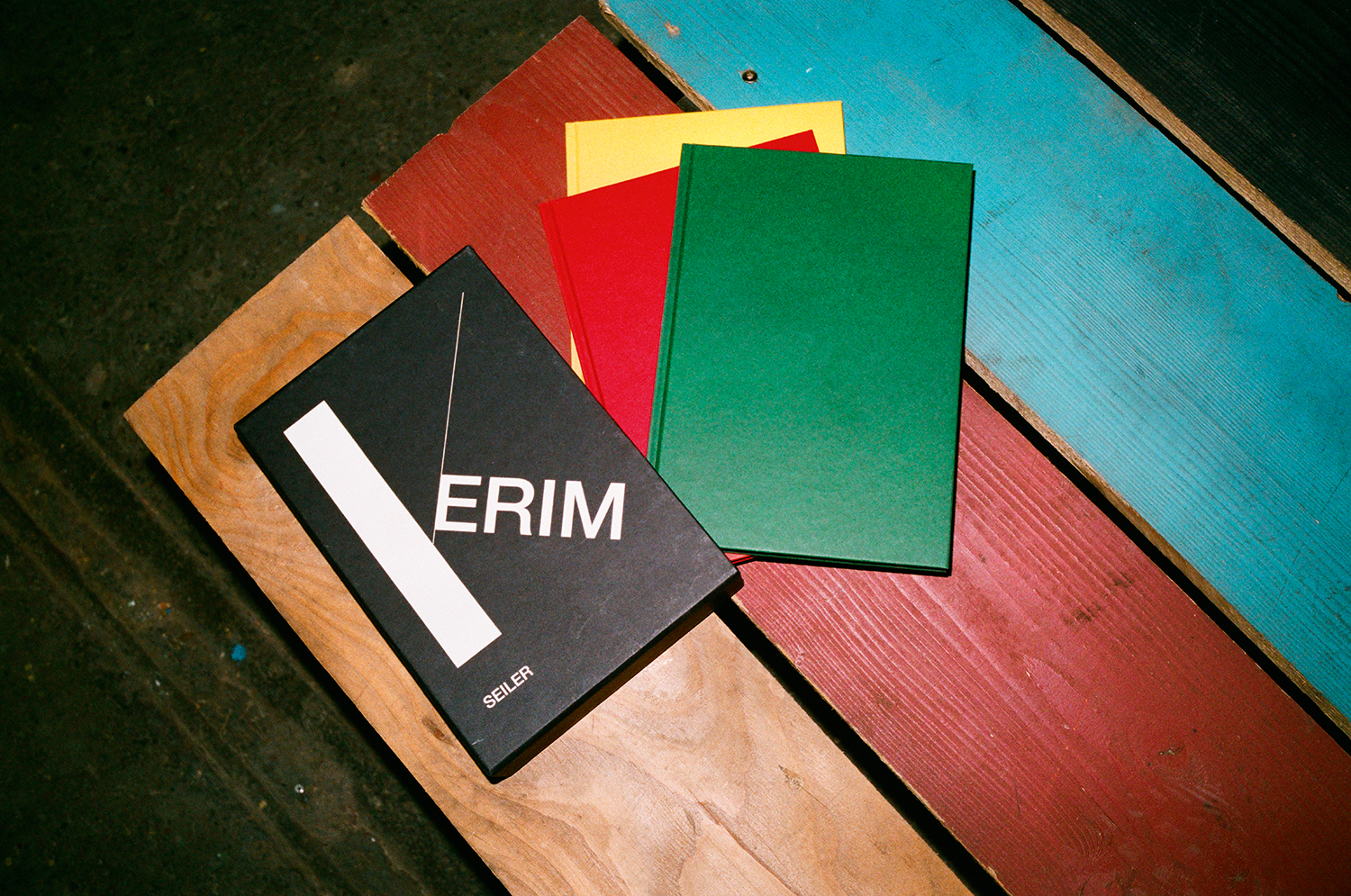 SVEN SCHUMANN — Did you build more?
KERIM SEILER — After finishing the first Relay in Johannesburg, I was not so sure about the functionality of this sculpture, so I built the second Relay in a very different environment — in St. Moritz, Switzerland, a very fancy holiday resort — where I didn’t functionalize the space. So it is more of a sculptural piece, a potential space.

SVEN SCHUMANN — Whether it’s the Relay series, your inflatable molecule sculptures, or your giant 250-meter-long installation at Zurich’s central train station, I feel all of your work revolves around color, space, and structure. Would you agree?
KERIM SEILER — Definitely. Color and structure are very important to me, and I would even say my motto is “space is my canvas.” I don’t know where functionality comes in, but it is part of my art as well. I think there is not so much difference between function and sculpture, in a way. I don’t see much difference between a sculpture and a table, for example. 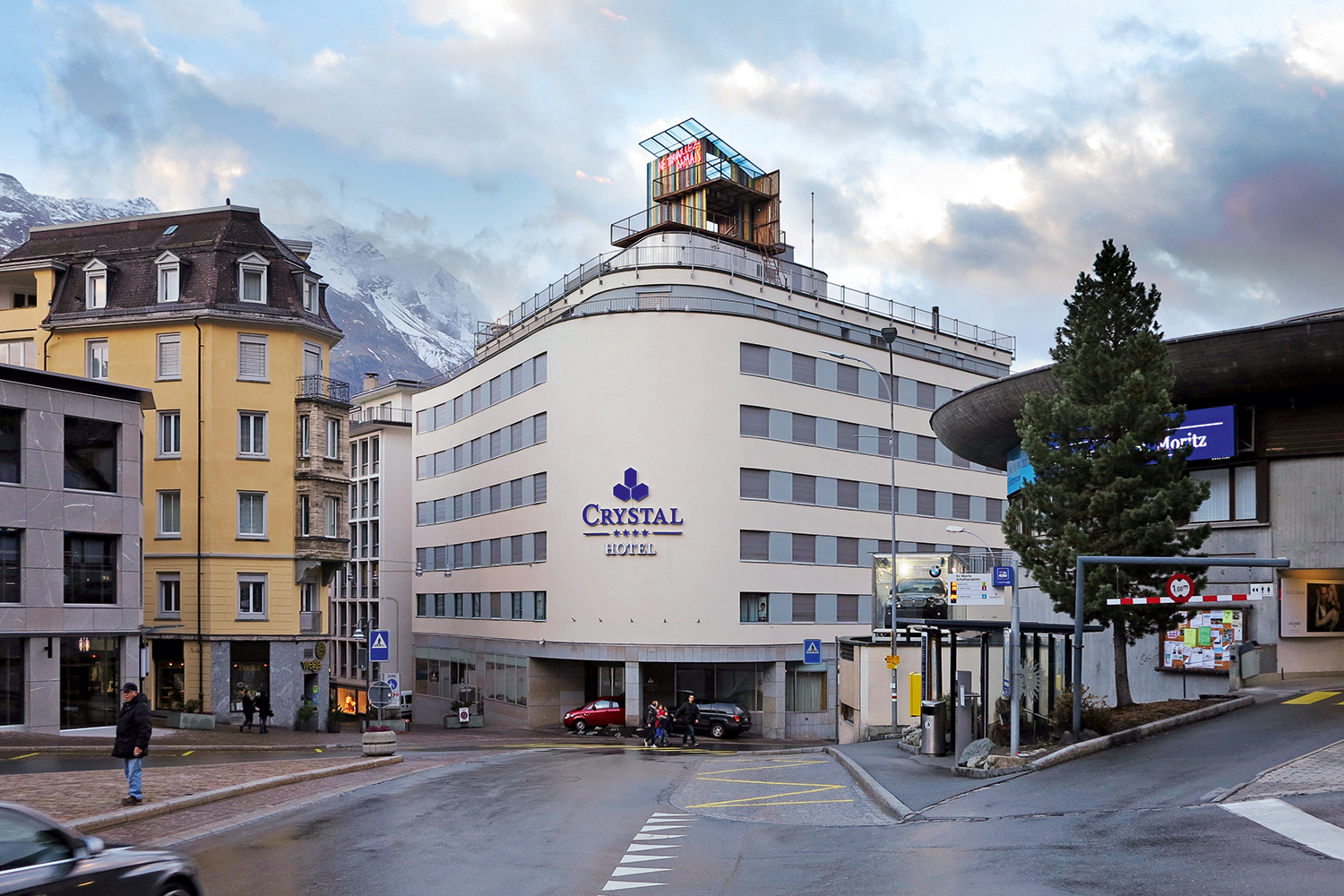 SVEN SCHUMANN — Where do the neon lights come in? They are a recurring element in your work as well.
KERIM SEILER — My relation to light comes from my background in theater, because in my early 20s my partner was a theater director, and for a while I had the honor to do the lighting for the Béjart Ballet. In the theater, it is all about light, in a way — it is a dark place. So you start to set light and that is really what gives the whole scene the possibility to be seen. Neon is very interesting, because it is almost an oxymoron of what light is about.

SVEN SCHUMANN — Because neon barely illuminates?
KERIM SEILER — Yes, it shines bright, but you have only a little aura of light around it. That is something I like very much. You have the option to work with color and geometry through neon as well. It leaves you a lot of freedom. For example, I recently finished a neon graffiti. 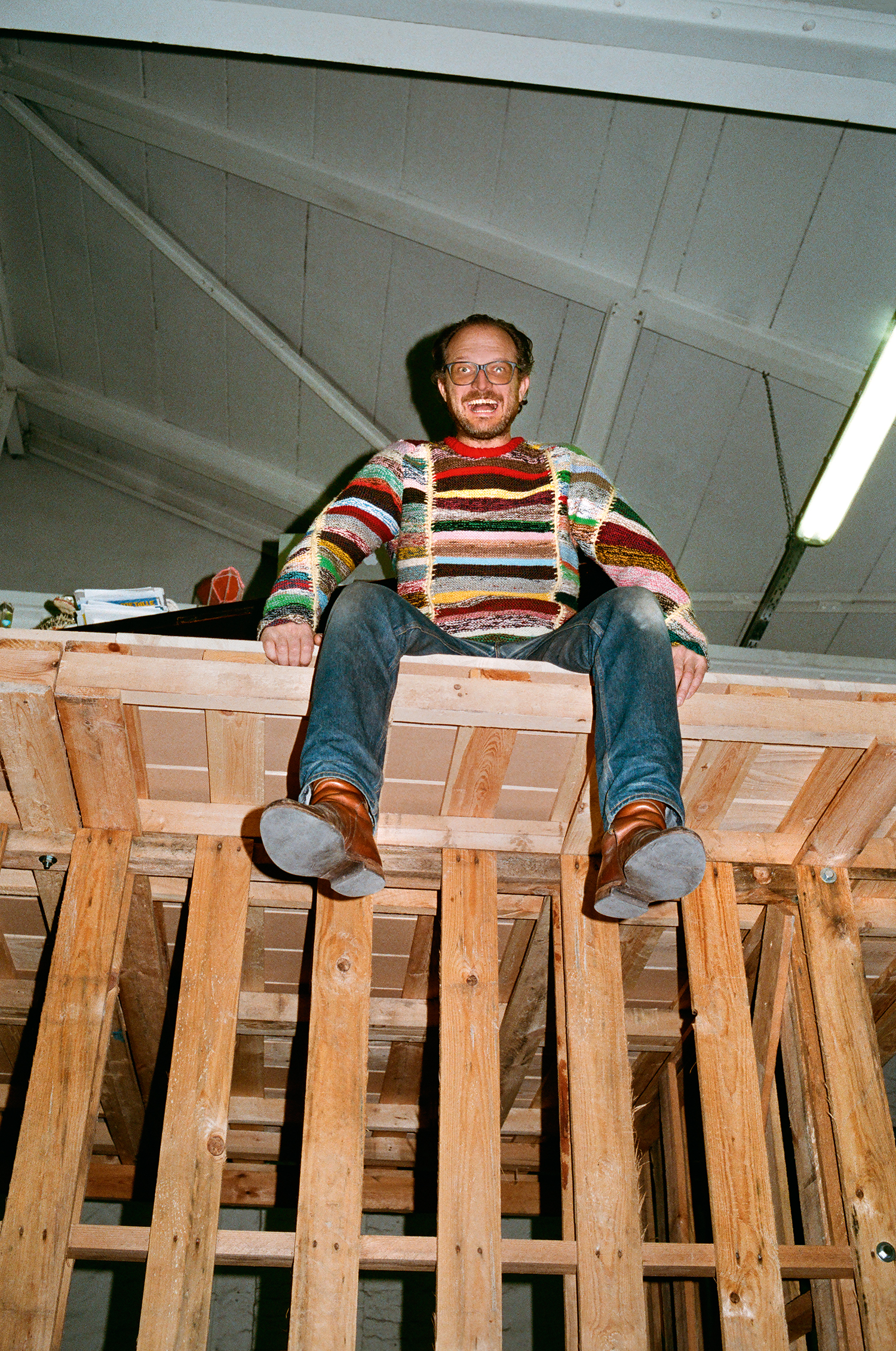 SVEN SCHUMANN — What did you tag with it?
KERIM SEILER — There was this couple in Switzerland who wanted to have a light installation of mine. And one thing I looked at in my time in Berlin was all those tags and graffiti. They were really my inspiration for the piece. I wanted to make a permanent graffiti. But I thought, this is way too crazy for them, because it is not something that… 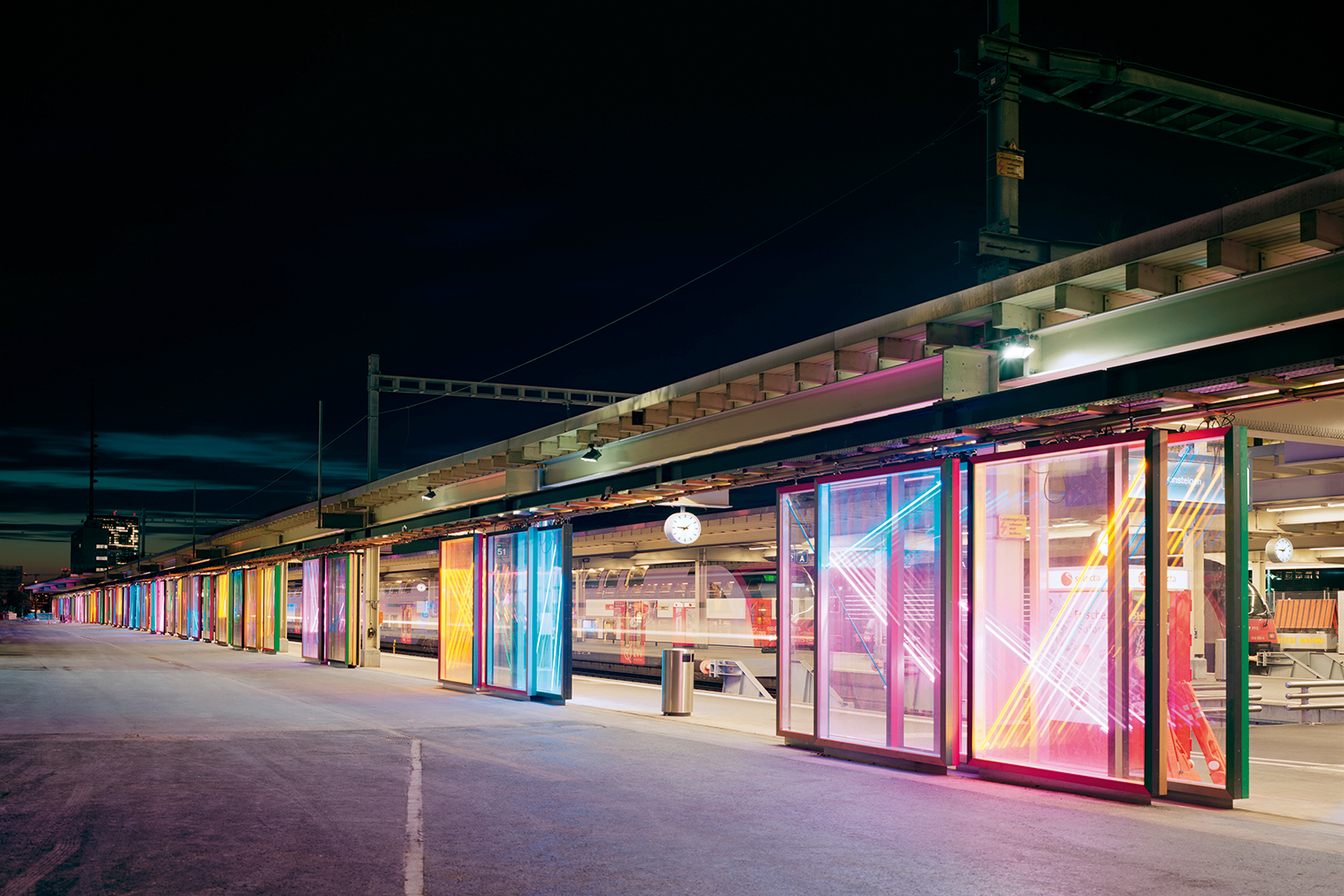 SVEN SCHUMANN — A wealthy older couple would like to have on the wall of their house…
KERIM SEILER — Right, because their home is more Masters of American Art of the 20th Century, a very beautiful collection of art. But she really pushed me and said, “I want to have a radical piece,” so I thought it might work. A friend of mine had told me about Frank Stella’s book on painting, Working Space, which starts with medieval painting and kind of ends with his work. It is a very interesting book, and somewhere in the middle of his whole discourse on painting there is a photo of graffiti in New York City that says “working space.” When I saw that, I thought that this was the graffiti I would like to do.

SVEN SCHUMANN — And in connection with Frank Stella, you might actually get away with it.
KERIM SEILER — Exactly. I thought, only if I have the power of Frank Stella behind me is it maybe possible to go to this lady and tell her that I am going to make graffiti out of neon light in her beautiful garden with her beautiful trees. But I love it, because it is just so many different layers of information and poetry that basically coincide and are being kept by this composition at that place. And she said, “Okay, that is what we are going to do.” So we quoted Frank Stella’s thoughts on painting and made a glowing graffiti in the garden of this very posh area of Zurich. In the end, Frank Stella saved my life.