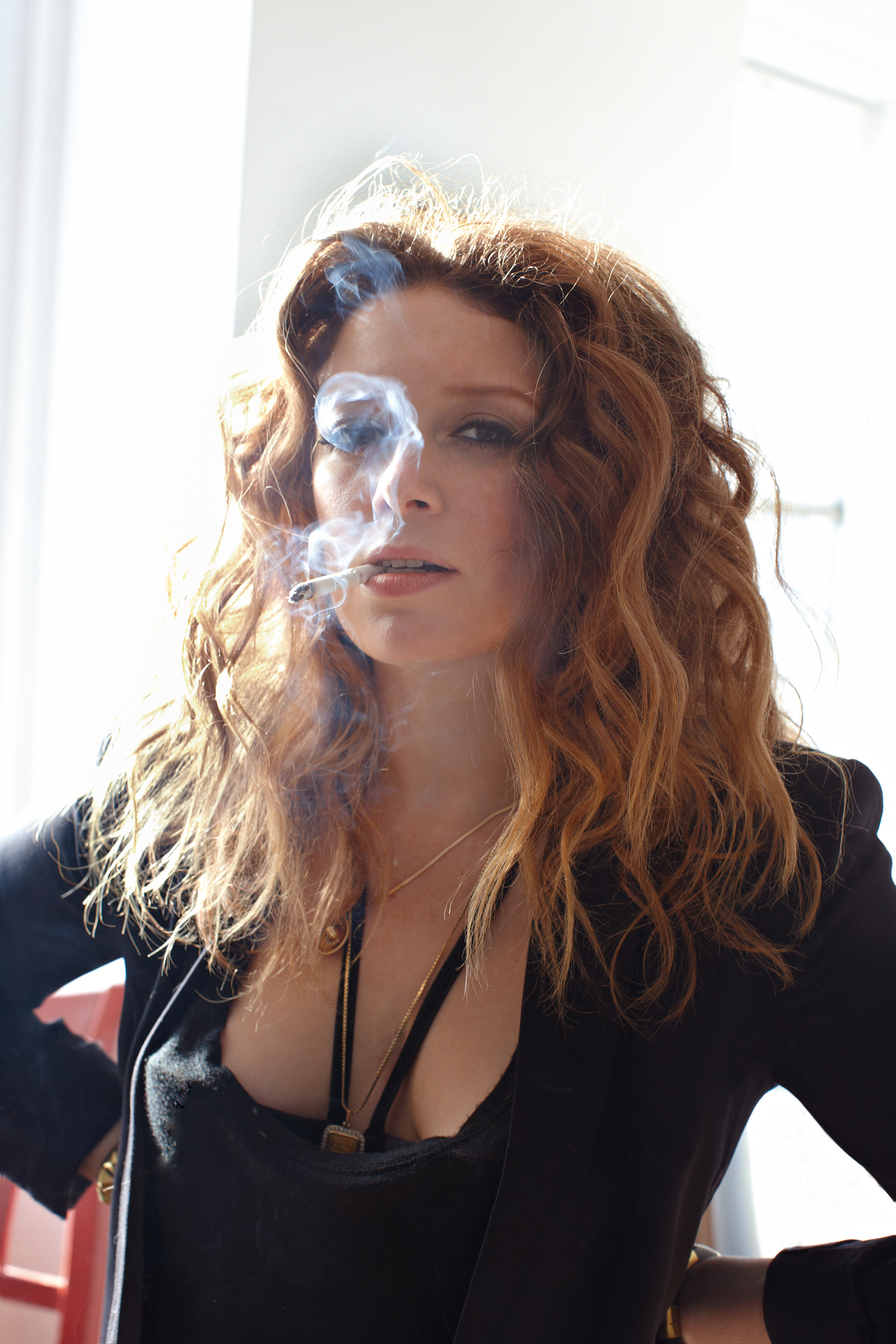 Watching her wake up is not always the gentlest situation. I probably have been kicked in the ribs or punched in the face a few times while vacationing with her in Hydra or in Jamaica, where we shared a very large bed in a bungalow. Natasha likes to leave things scattered around before we leave the apartment: objects such as movie paraphernalia, posters or statues of Groucho Marx, strange ashtrays with cigarettes still lit. If she’s smoking, there are always 10 different brands in her purse. She doesn’t like to give out cigarettes.

The other night, Kim Gordon and I joined her at the movies. We thought we were seeing Point Break, but of course it was Point Blank, a weird, spiraling Hitchcock thriller mob movie. I mean, I was really excited for some hot Swayze action, and Kim was stoked for some Keanu, but we got a whole different ball game. Ya see, one will eventually realize that one of Natasha’s specialties is gathering a large crowd to see a movie. Not only is the movie a mind-fuck for a normal person, but also she manages to leave one spellbound with her notorious choices in films. Kim really liked the soundtrack, ha. Oh, by the way, Natasha is a HUGE fan of Notorious B.I.G..

What I’m tryin’ to say is when she’s on, she is full throttle. It’s quite magical to see those huge saucer eyes glisten when she ponders the world and puts the whole damn piece in perspective. She sort of cleans the slate of all wrongdoing, sharp, sensitive, drop-dead adorable and fierce as a whistle. I can’t believe she doesn’t have her own TV show yet. She is the female Louis CK, and the New York Hollywood. Chris Rock is a fan, among many others of the Coney Island population who were screaming “American Pie” while we rode the Cyclone last summer. Ladies and Gentleman, I present to you Ms. Natasha Lyonne.

Picture a thousand light bulbs clicking at one time on and off, race-car drivers smashing into each other screaming obscenities, as if they were all wives in the movie The Godfather. Five taxi drivers competing for one client, jumping out of the car with clubs in hand. A dog run with a cat dropped in the middle, like a spaceship. This dear bangin’ friend of mine is a reminder to me that art isn’t dead, Neil Young is still playing the guitar, the trees are still gonna grow, and not everyone has to have children. Just take a sip of that chill energy drink and watch this broad take over television, the movies, probably your brain, too — and then the whole fuckin’ world.