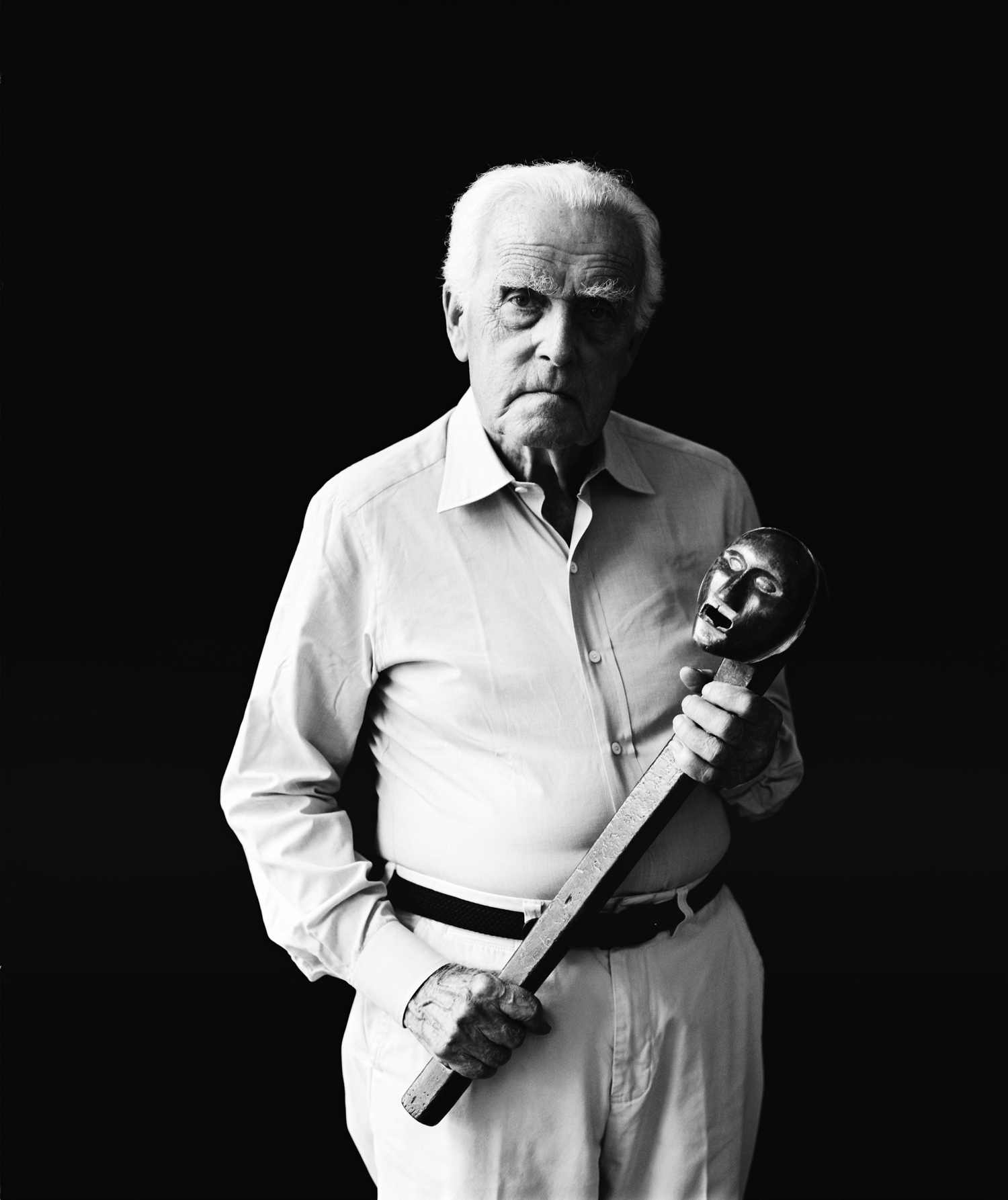 One of the most renowned American anthropologists, Edmund Carpenter, died in July 2011. He spent his life exploring the most enigmatic forms of tribal and traditional art while also examining modern media and electronic communication. In the 1950s he and his colleagues at the University of Toronto, among them Marshall McLuhan and Northrop Frye, created a theory of global communication. Purple wanted to celebrate the richness of his research, which connects both the past and present, and diverse art forms and symbolic systems across time.

Every environment teaches us something. New York City is no exception. Not long after moving there in 1980, people I’d met at the peripheries of the art world turned me toward various sources of local information. One of those sources was Edmund Carpenter’s night class at The New School of Social Research. Friends I’d made knew him well, so I entered that circle as part of my NYC education. Meeting those friends and Ted changed my life.

Edmund “Ted” Snow Carpenter was an anthropologist best known for his work on tribal art and visual media. Ted had studied anthropology with Frank Speck (a student of Franz Boas) at the University of Pennsylvania. While still at Penn, he shipped off as a US Marine to the Pacific theater of WWII, where the worst fighting for American soldiers occurred, including the infamous battle of Iwo Jima, in which Ted himself fought. Immediately after the war he took charge of 300 Japanese prisoners and directed an archaeological dig in Guam. Once back home he finished his PhD, and soon thereafter found himself teaching anthropology at the University of Toronto, where he joined Marshall McLuhan, the political economist Harold Innis, the classicist Eric Havelock and the literary critic Northrop Frye, who were all busy inventing new theories about the history of communications.

An extract from They Became What They Beheld, 1970, Outerbridge & Dienstfrey/Ballantine Books, New York

Ted veritably embodied a kind of Indiana Jones character — tough, educated, handsome, uncompromising, committed. His involvement in the history and evolution of human societies offered a way of thinking that the formal education most of us received never touched upon. He understood sensory cognition, the role of communication processes in the shaping of knowledge and experience, the difference between tactile and visual awareness, and the patterns and processes that form us and make cultures different.

My notes from his class, which I still have, include the following: The only way to teach a naked man to read is to clothe him… The printing press created language borders… Radio is nationalistic… Certain media favor certain ideas, so a new form is a revolution in itself… Competition breeds similarity not diversity… Money and numbers come with writing; they allow us to translate and reorganize… Written language is esoteric: an initiation ritual for the young that is professionally maintained…. History reveals changes in media… Books are more neurologically demanding than television, which is a world unto itself, which excites us but cannot satisfy… The art of a culture is rooted to the values of a culture; the values of a culture are rooted to its art.

Hearing such things required a reordering of my perception of living in what Ted and McLuhan called “sensory profiles” — how a culture shapes perceptions to conform with its priorities.

Ted had studied and lived with the Inuit (Eskimo) as well as the tribes of New Guinea (a place he loved and hoped the tourist industry would never discover). In Toronto he produced and hosted television shows in addition to a radio broadcast called “Explorations,” which would become a magazine that he edited with McLuhan. As an early explorer of mass-market communication, he compared and contrasted oral, literate, and electronic cultures, exploring how one devoured the other. He searched the historical record for changing patterns. Throughout his life he gathered artifacts from ancient and tribal societies, including many found in the frozen tundra of Siberia, where, to his shock, local explorers often blasted the ice with flamethrowers to speed up their own digging. 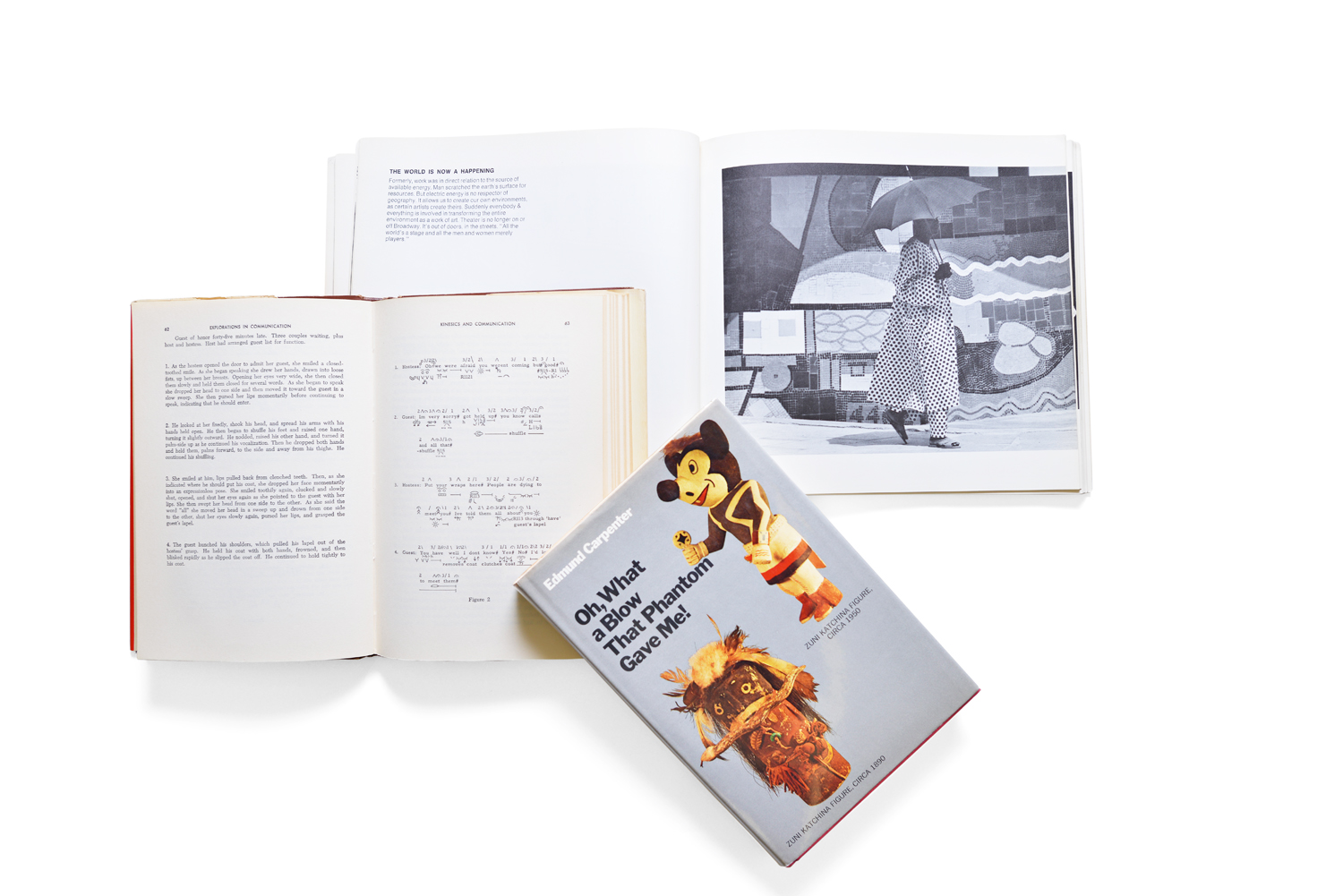 Between 1986 and 1988 Ted privately published Materials for the Study of Social Symbolism in Ancient and Tribal Art: A Record of Tradition and Continuity, a massive, 12-volume, 3,500-page edition, with 7,000 illustrations, based on the archives of Carl Schuster (1904–1969), an art historian who specialized in the study of traditional symbolism. Schuster died before he was able to publish his findings. Six hundred copies of them were distributed to libraries and scholars around the world (An abbreviated version titled Patterns That Connect: Social Symbolism in Ancient & Tribal Art, was published in 1996 by Abrams Press). Schuster collected artifacts from prehistory to modern times, from the farthest reaches of human migration — from Africa to New Zealand, and to Tierra del Fuego at the tip of Argentina. He looked for “visual statements” that peoples from all societies had inscribed onto fabrics, totems, woodcarvings, rocks, tools, utensils, tattoos, game boards, shaved sticks, and you name it (that collection is now in the Museum für Völkerkunde, in Basel, Switzerland). Ted photographed and had images redrawn from that collection for his publication, piecing them together non-historically, but stylistically, in order to reveal how our ancestors from across the world transmitted kinship and cosmological symbols in Sunbird images, ladders, games like hopscotch, and stick figures, whose similarities reach across time and culture. Ted’s comparative methodology, which was practiced by the scholars of his generation, wasn’t so much theoretical as it was practical and visual — thus creating a history of communications told in images.

The title of the Abrams book, Patterns That Connect, was taken from Gregory Bateson, a biologist who studied evolution and examined life in terms of patterns, hierarchies, relevance, and relationship. In Mind and Nature Bateson asked: “Why do schools teach almost nothing of the pattern which connects?” Both Bateson and Carpenter regarded human life as an ever-evolving relationship of sensory, technological, and cultural patterns and connections (the bibliography in McLuhan’s The Gutenberg Galaxy is a gold mine of books on such subjects). 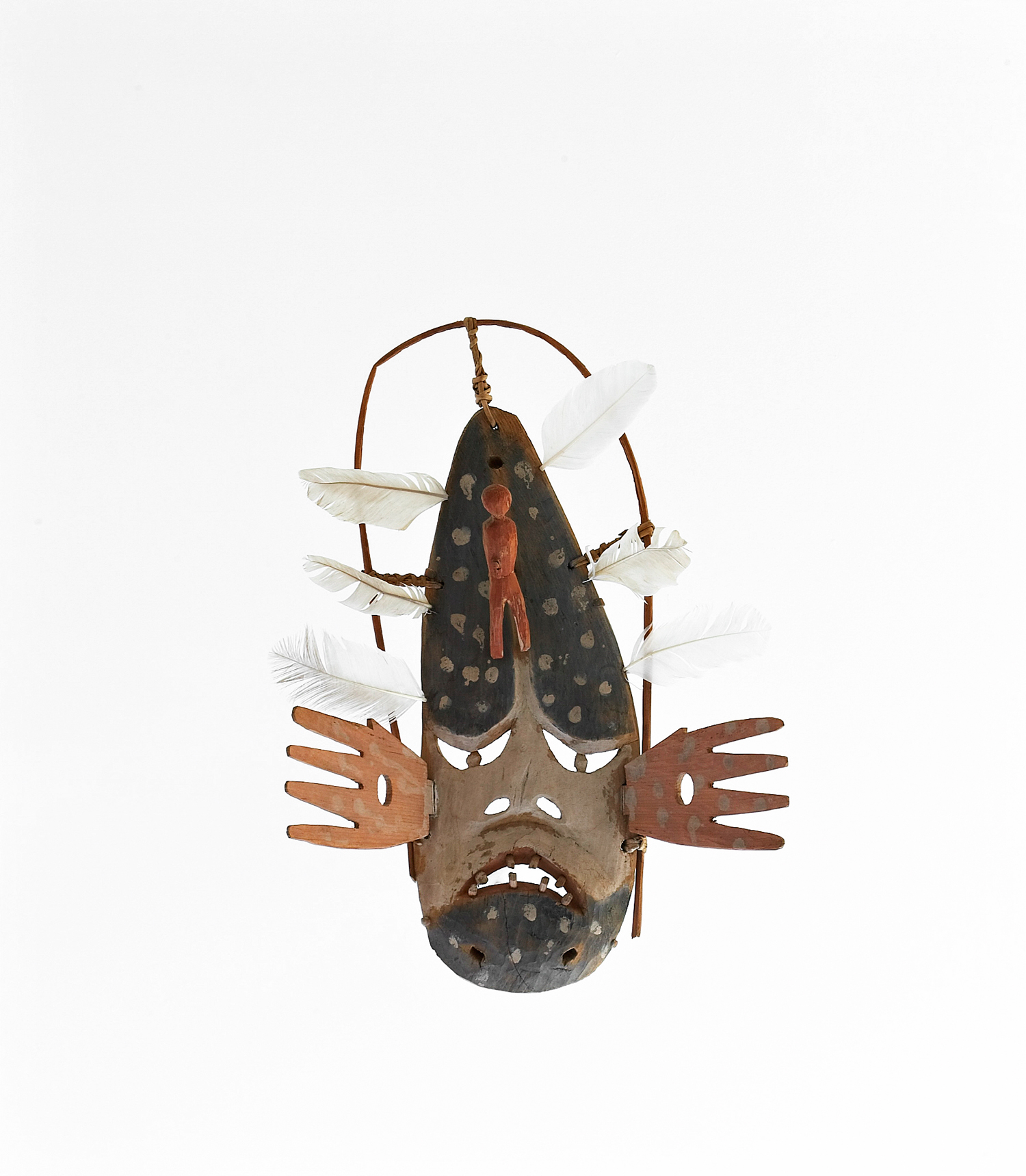 Maybe it was luck that brought Ted to the University of Toronto at a time when like minds in that place shared an interest in interdisciplinary study and sought an understanding of a world devastated by world war and yet fully charged with new materials and technologies. They sought new words to describe this changed world. Ted sought an understanding of humans, whose physical apparatus hadn’t changed in 100,000 years but whose technological revolutions — the invention of alphabetic writing in Greece around 750 BCE; the printing press and linear perspective in the 1430s CE; and electronic media in our own times — demanded a reprogramming of culture, and how culture — especially the avaricious Western culture — is conservative in its willingness to change but all-consuming in its implementation of power. For those who knew him, his presence was a constantly stimulating revelation.