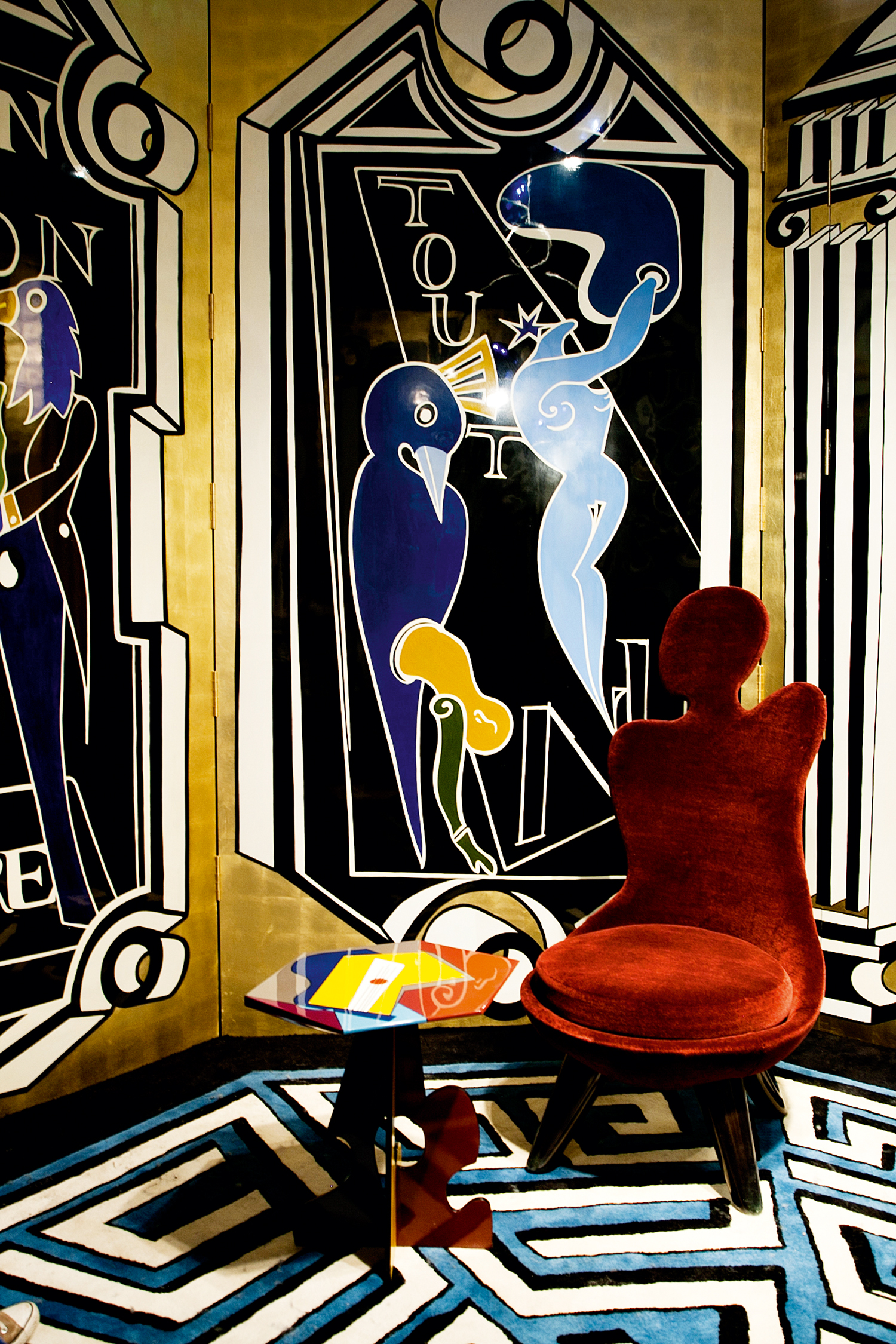 My main inspiration comes from my childhood, from my visual obsessions, from a timeless library that haunts my spirit, and also from my parent’s free ’70s Parisian lifestyle — that of my mother mostly. She was a feminist revolutionary who would happily bring me to all the art exhibitions, from Surrealism to Dadaism, and obviously Cubism. Also, my brother — the cinephile of the family — pushed me toward the obscure cinemas, where I watched in marvel as the black-and-white films of German Constructivism and Italian Neorealism, and Hollywood Technicolor played out before me.

This visual accumulation would become with time the source of my work. It was from Dadaism mixed with Méliès’ cinema that I made my first collection, “Ossobuco,” a macabre and comic dance of furniture made of jutting bones; X-rays of a zany zoo! My second collection, “A l’eau Dali” is just as its name indicates: an homage to Surrealism. The objects take the shapes of aquatic fauna with drawers replacing their entrails.

I believe only in coincidence and friendship. With Pierre Passebon, I showed at the PAD London art and design fair. We had such a good time that he suggested that I do a mise-en-scene of my newest creation.