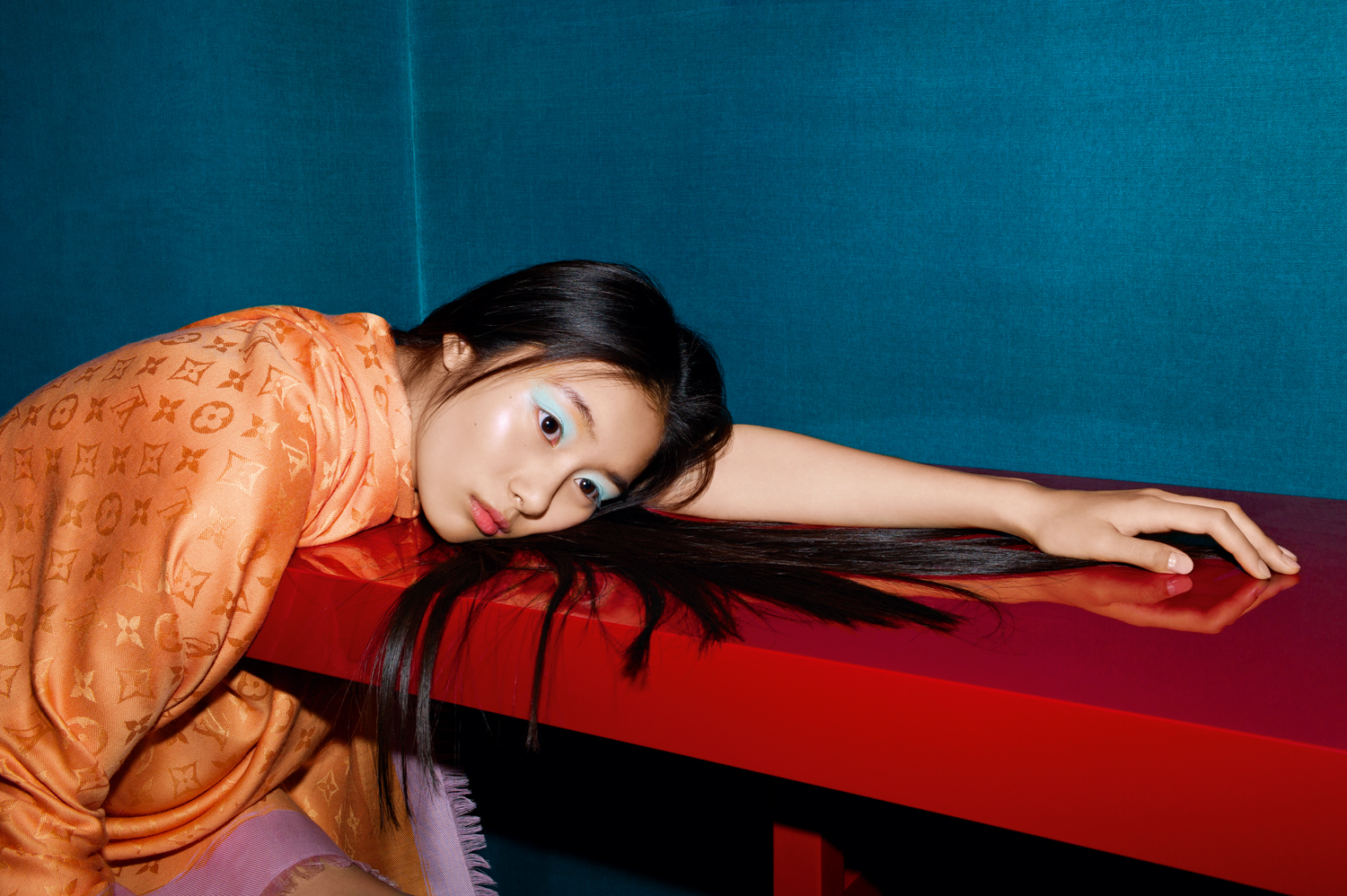 Shioli Kutsuna appeared at the interview wearing oversized blue-rimmed glasses on her translucent skin. The 19-year-old actress had just come back to Shibuya from piercing-cold Hokkaido, where she was filming the remake of Unforgiven, an Oscar-winning 1992 Hollywood film. The Japanese remake takes place in the era when the samurai lost their power. In the film, Shioli plays a prostitute whose face is severely cut by a customer. Japanese audiences are familiar with her from her role in Kaseifu no Mita (I’m Mita, Your Housekeeper), a TV drama that scored unusually high audience ratings at a time in Japan when such series are increasingly unpopular. She played the eldest sister in a family of five that is reeling from the mother’s suicide and struggling to function. Shioli is also active in the artistic sphere.

KAZUMI HAYASHI — I hear you take photographs a lot.
SHIOLI KUTSUNA — I use a fully manual camera on a daily basis. I love the excitement of clicking the shutter-release. A while ago in Paris, I found a big Cartier-Bresson photograph displayed at the airport! That was amazing, because he was the one who made me fall in love with photography. As for contemporary photographers, I like Ryan McGinley and Mark Borthwick. I love Takashi Homma as well. He continues to use film, which is an attitude I admire.

KAZUMI HAYASHI — What attracts you more, acting or modeling?
SHIOLI KUTSUNA — There is not a lot of difference for me; acting for a movie is a series of movements being recorded, but a photograph takes “one moment” out of that continuity.

KAZUMI HAYASHI — You were in Paris for this photo shoot. What did you feel about it? I guess that sort of model / photographer relationship was new to you?
SHIOLI KUTSUNA — It was more instinctive, I suppose. Instead of depending on camera techniques or settings, Olivier was very intuitive when photographing, believing in his “viewpoint.” When we were photographing, he was trying to be further away from the staff so we could be alone. The city was so romantic, and French people do things differently from the Japanese; There are certain things that I hesitate doing in public, but in France I didn’t care much. It was also my first time seeing the fashion shows.