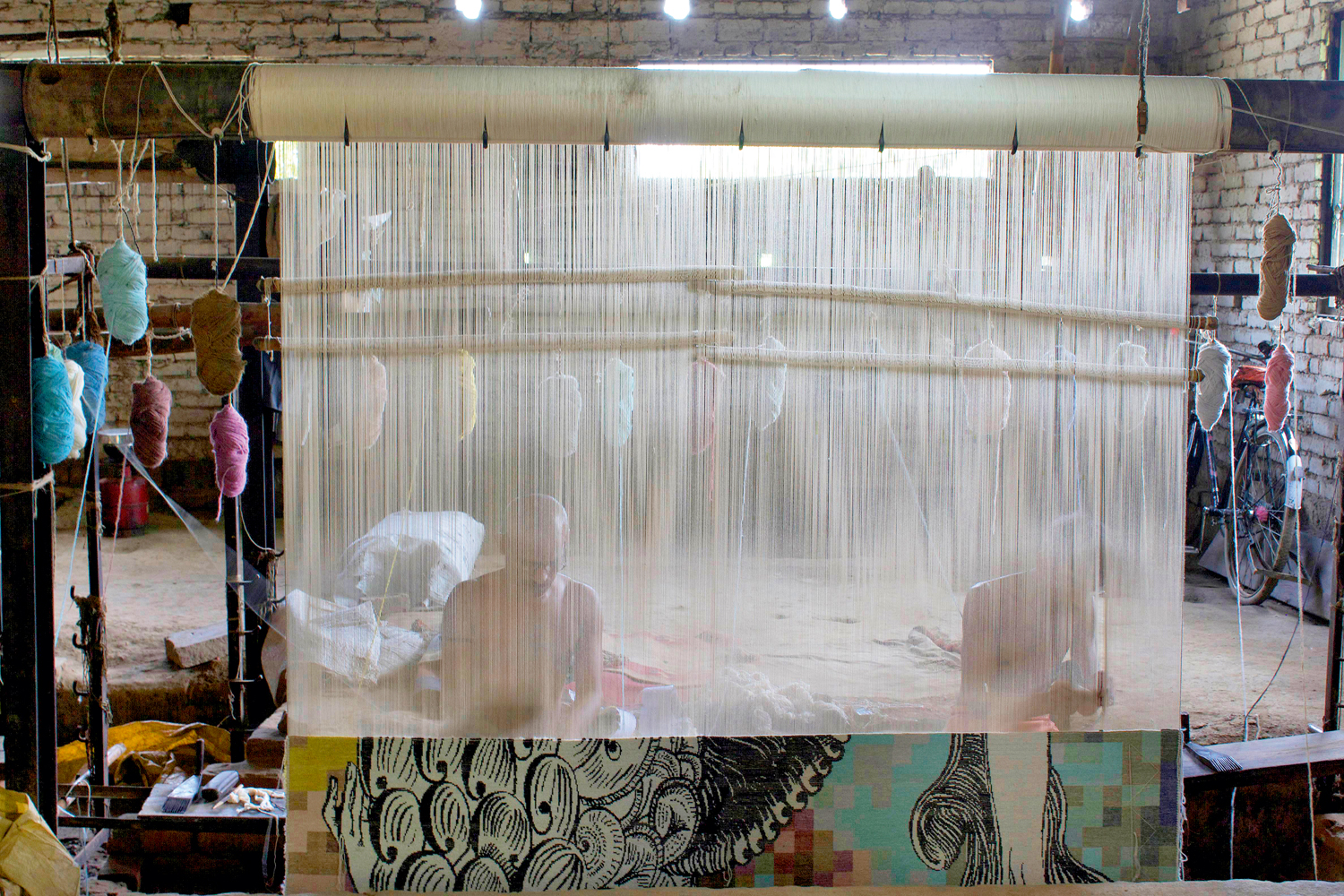 Commissioned from M/M (Paris) to celebrate both their 20 th anniversary and the publication of the definitive monograph of their work, the exhibition of elaborate rug designs acts like a condensed catalogue — or “Carpetalogue” — for M/M’s practice.

Drawing upon imagery and characters that have become leitmotifs of M/M’s practice over the last two decades, these carpets were presented in show called The Carpetalogue, 1992-2012 at Gallery Libby Sellers in London. 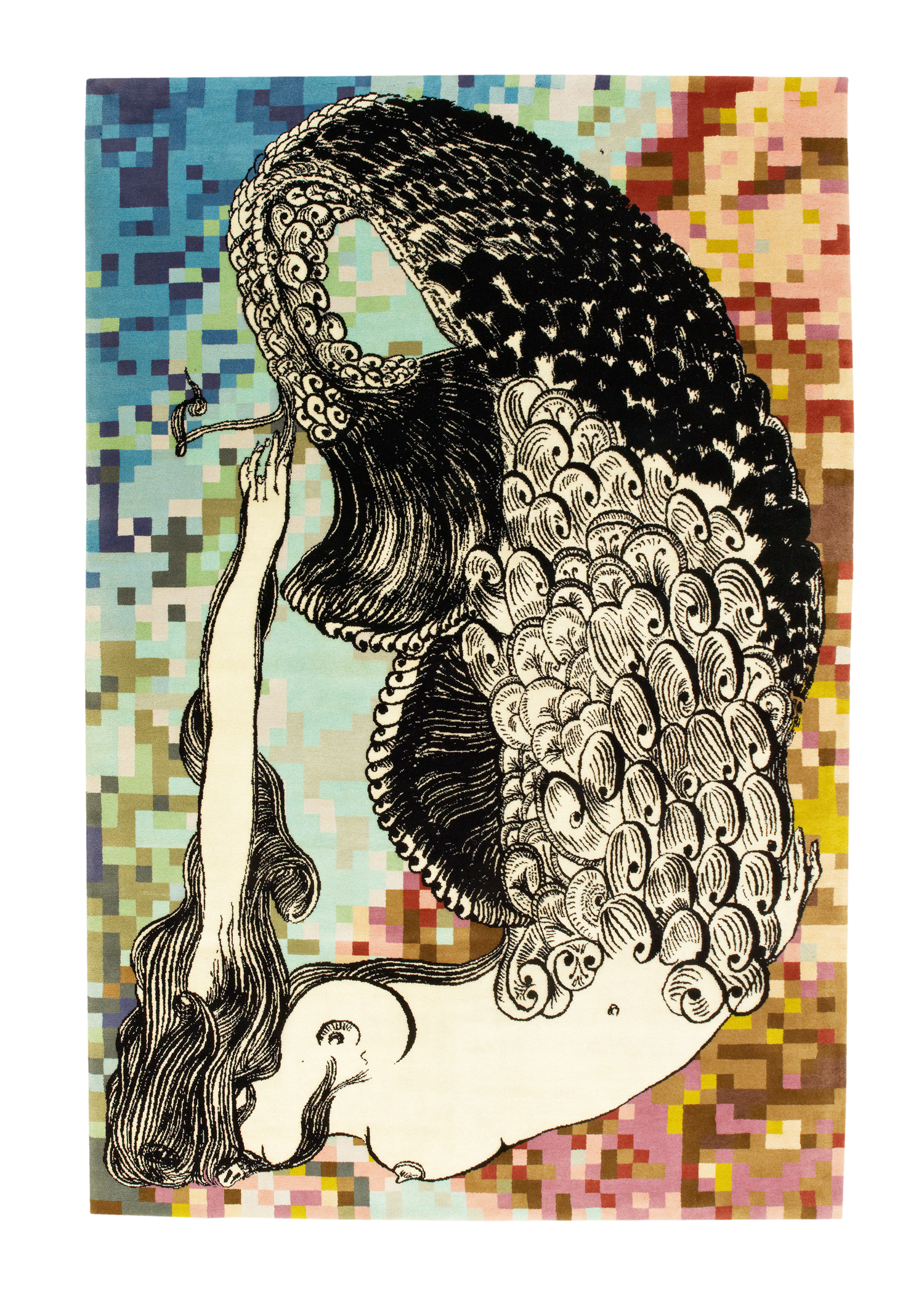 These poetic carpets express the firm’s distinctive graphic approach, which combines free forms with strictly controlled compositions. Michael Amzalag and Mathias Augustyniak consider the project to be an extension of themselves and of the way they collaborate. As they have said, The Carpetalogue is a “map of the M/M brain.” Each of the hand-knotted woolen rugs, produced in a numbered edition, was made in Varanasi, India. To supervise their production, the Gallery Libby Sellers worked with Abhishek Poddar, who had previously overseen similarly successful carpet projects for Damien Hirst, Takashi Murakami, and Julian Opie.