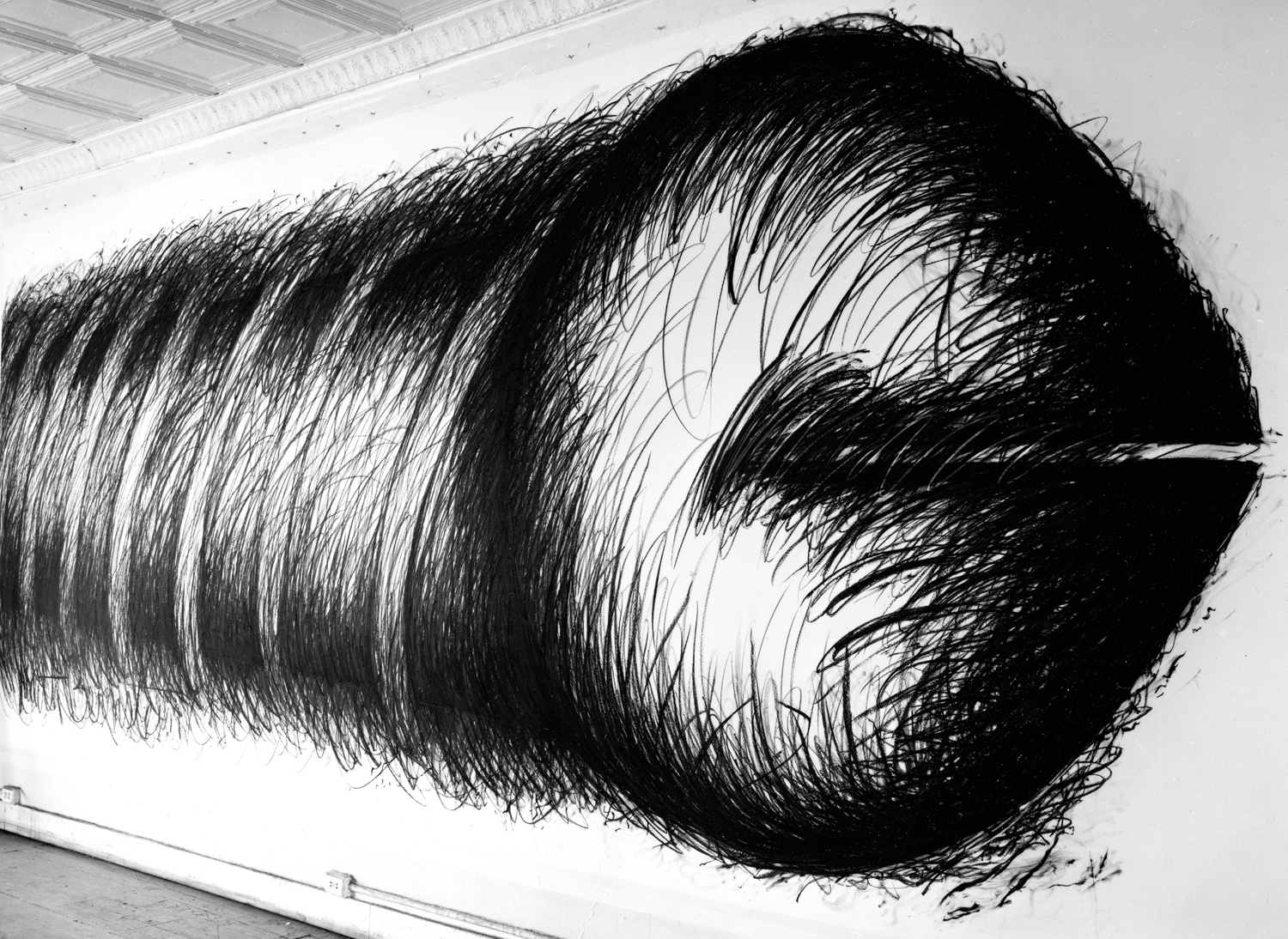 All images courtesy of the artist and The Box L.A.

As a 70-year-old activist artist whose work has experienced censorship on a big scale, I’m thrilled to continue to outrage. My art references the subliminal. It is a psychological amalgamation of sex, war and feminism in different orders and priorities. 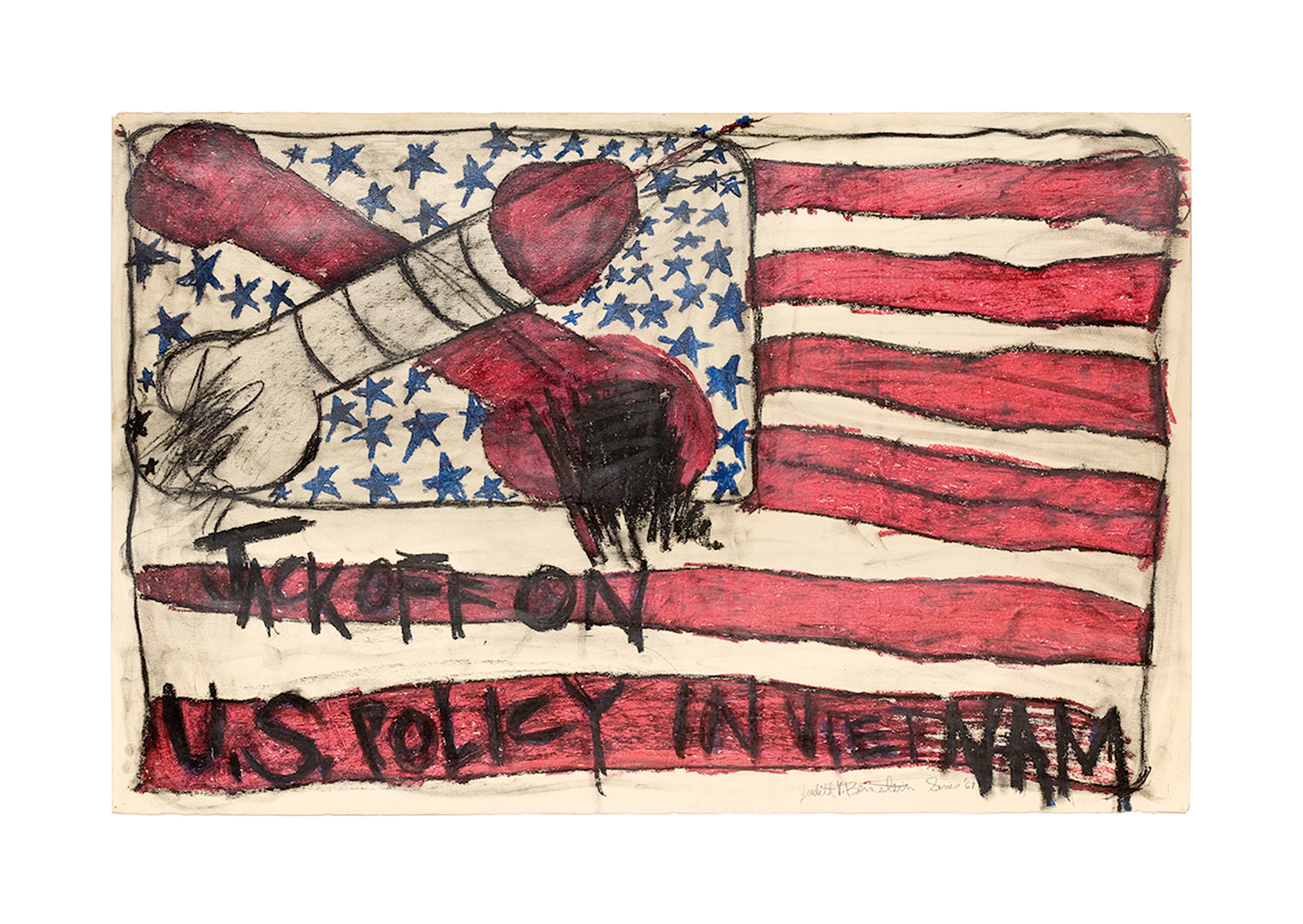 Union Jack-Off Flag 1967, charcoal and mixed media on paper, 26 5/8 X 30 inches
As a graduate student at Yale School of Art in the 1960s, during a time when Yale had an all-male undergraduate program, the gender inequality was extreme in my environment and the outside world. This fact and many others led to my obsession with feminism and political injustice.

I became fascinated with explicit bathroom drawings. Graffiti is deeper psychologically than you can imagine, because when you’re releasing on the toilet, you’re also releasing from the subconscious. I love raw humor, and there’s no editing of thoughts when men use the bathroom. For me, aggression and humor are strongly connected. You see this in my piece Supercock, a drawing of a comic figure with huge genitals who flies while ejaculating through the world. And also in Fun-Gun, an anatomical drawing of a triggered cock with collaged bullets. “This may not be heaven but Peter hangs out here.” 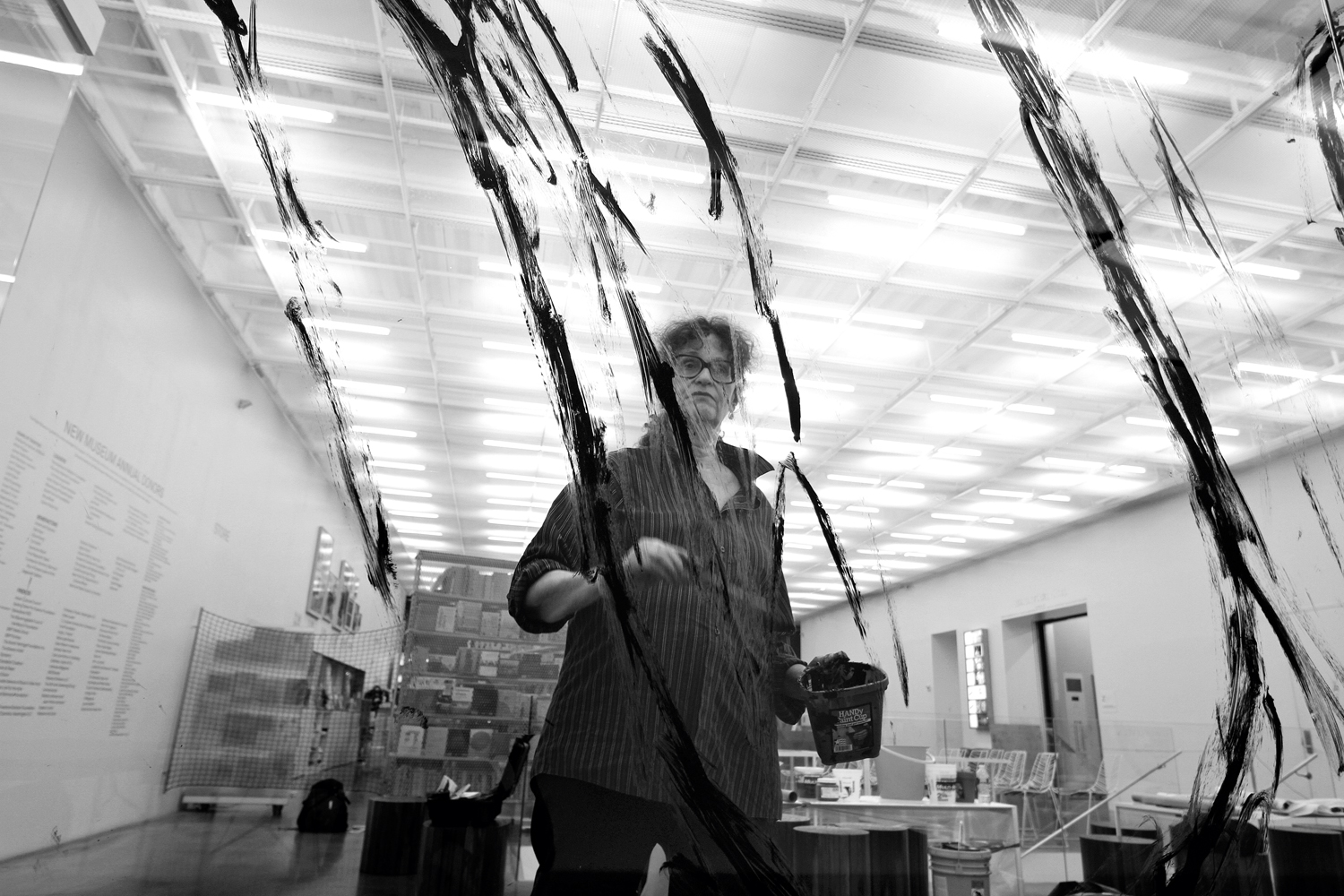 Judith Bernstein
In 1966-’68, scatological images heavily influenced my “Fuck Vietnam” series. Reflecting back to my early 20s, I was completely fearless and had an explosive energy. I wanted my paintings to confront war with very graphic, in-your-face words and imagery. My voice was screaming to be heard. I used stuffed phalluses, images of blood and cum juxtaposed with national imagery and US flags. No visual can be as crude as war. “Baby, the fuckin’ you get ain’t worth the fuckin’ you take.” In 1970, I then made the leap to drawing hardware screws that morphed into humongous charcoal phallic presences. They are power images that continue to characterize war and feminism (at 9 x 30 feet, mine’s bigger than theirs). 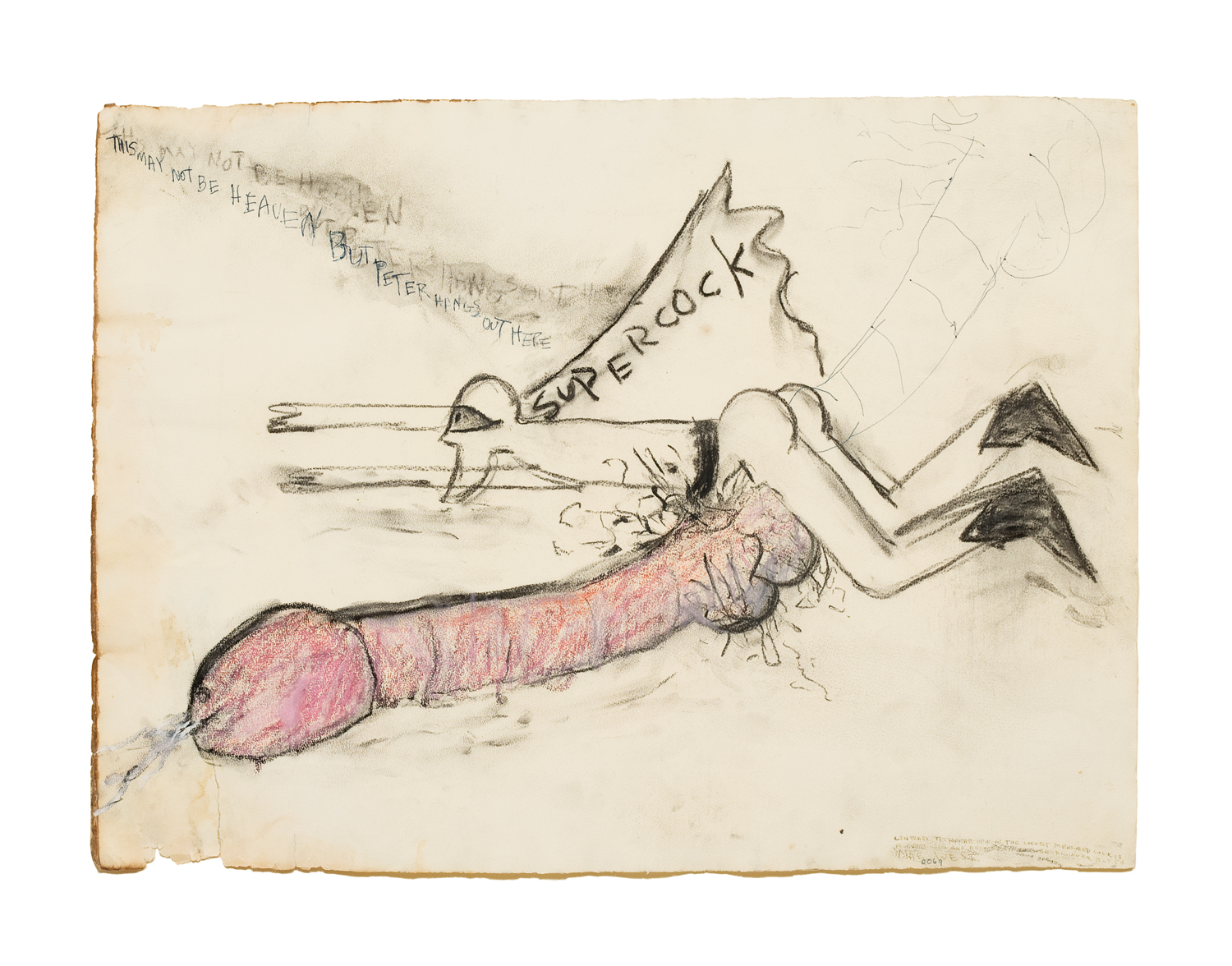 Supercock, 1966, charcoal and mixed media on paper, 22 X 30 inches, Ccollection Paul McCarthy
For Judith Bernstein: Hard, my pocket-survey exhibition at the New Museum, I tagged my super-sized signature on a 14-x-70-foot glass wall that the viewer walks through (Signature 1986/2012). The piece represents my mind. The screw drawings had been my signature, and in this work I abandoned the phalluses and just went for subtext. It’s all about fame, ego and my response to male posturing.

I’m currently exploring the origin of space, time and infinity, using the rage of the active cunt and the expanding universe. Fluo­rescent color and rich oil paint portray the chaos and nuclear explosion that is the Birth Of The Universe. These works also explore gender issues with a literal dialogue between the angry cunt and the phallus.

My art is a self-portrait of my ideas and provides a window into my subconscious. It’s serious fun.