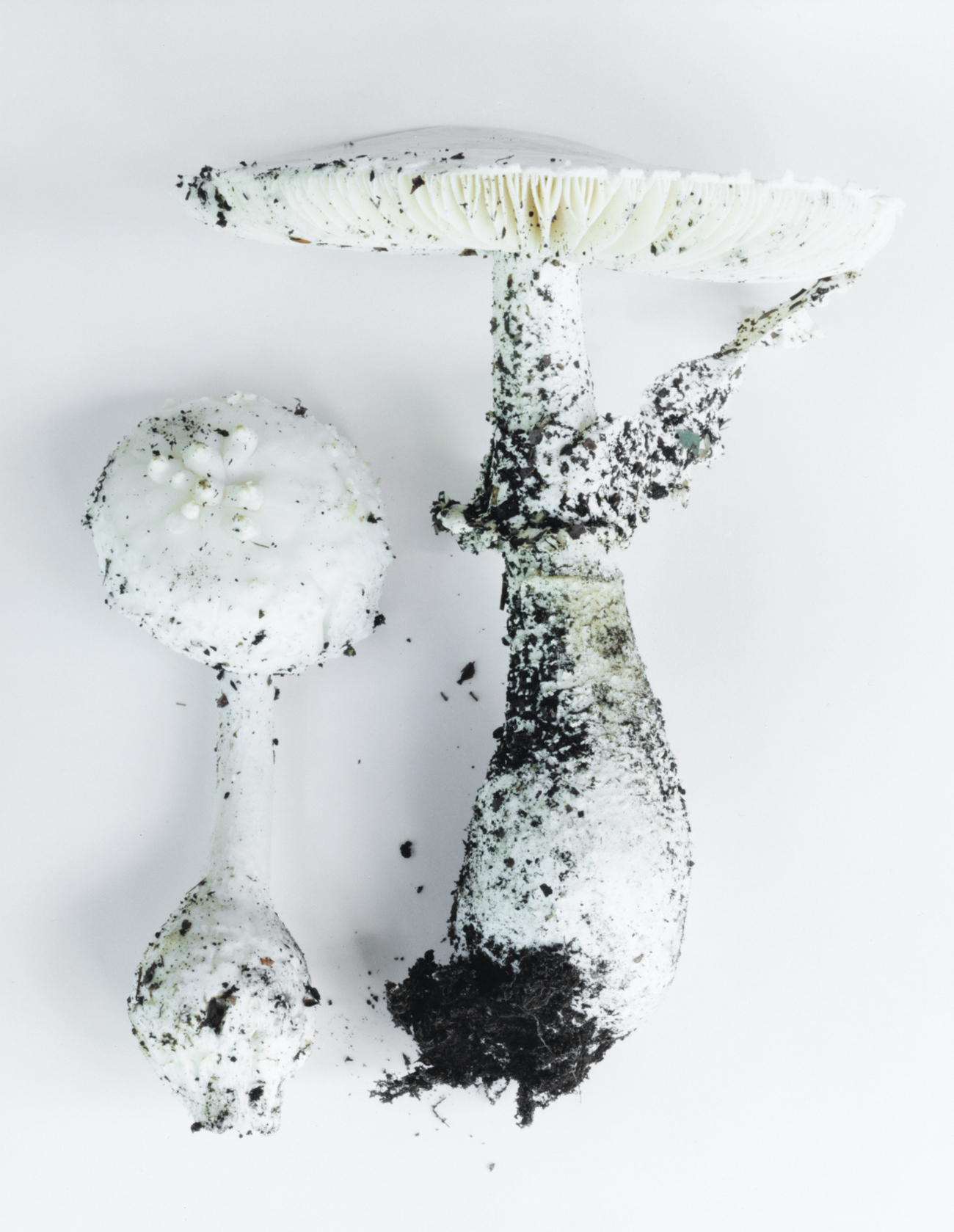 The earthquake and tsunami that devastated northeastern Japan on March 11, 2011 triggered hydrogen explosions at the Fukushima No. 1 Nuclear Power Plant. Six months later, on Sept. 15, the Japanese government banned the shipment of wild mushrooms harvested in 43 municipalities in Fukushima Prefecture. (The mushrooms had been contaminated by radioactive fallout from the nuclear plant.) These photographs were taken in Iwaki City, located about 50 kilometers south of the Fukushima No. 1 Nuclear Power Plant. Tests of wild mushrooms harvested there revealed that chichitake (tawny milkcap mushroom, Lactarius volemus) contained 6,200 becquerels of radioactive cesium per kilogram; and amitake (Jersey cow mushroom, Suillus bovinus), 810 becquerels per kilogram. The government-designated legal limit is 500 becquerels per kilogram. Why was so much radioactive material detected in those mushrooms? First of all, mushrooms are fungi, and therefore susceptible to radioactive fallout because of their absorptive powers. Also, Japan’s forests are on mountain slopes or in valleys, where concentrations of radioactive material are higher than in urban areas. Our Geiger counters detected a radiation level of 0.16 microsieverts per hour in downtown Iwaki. But when we went into the forest, the reading jumped to 0.5 microsieverts per hour. In this part of Japan, gathering mushrooms in the mountains during the autumn months is an annual ritual. But this year we have been denied that pleasure, as well as the pleasure of eating the mushrooms. I’m wondering what the future holds for the wild mushrooms in the mountains of Fukushima.