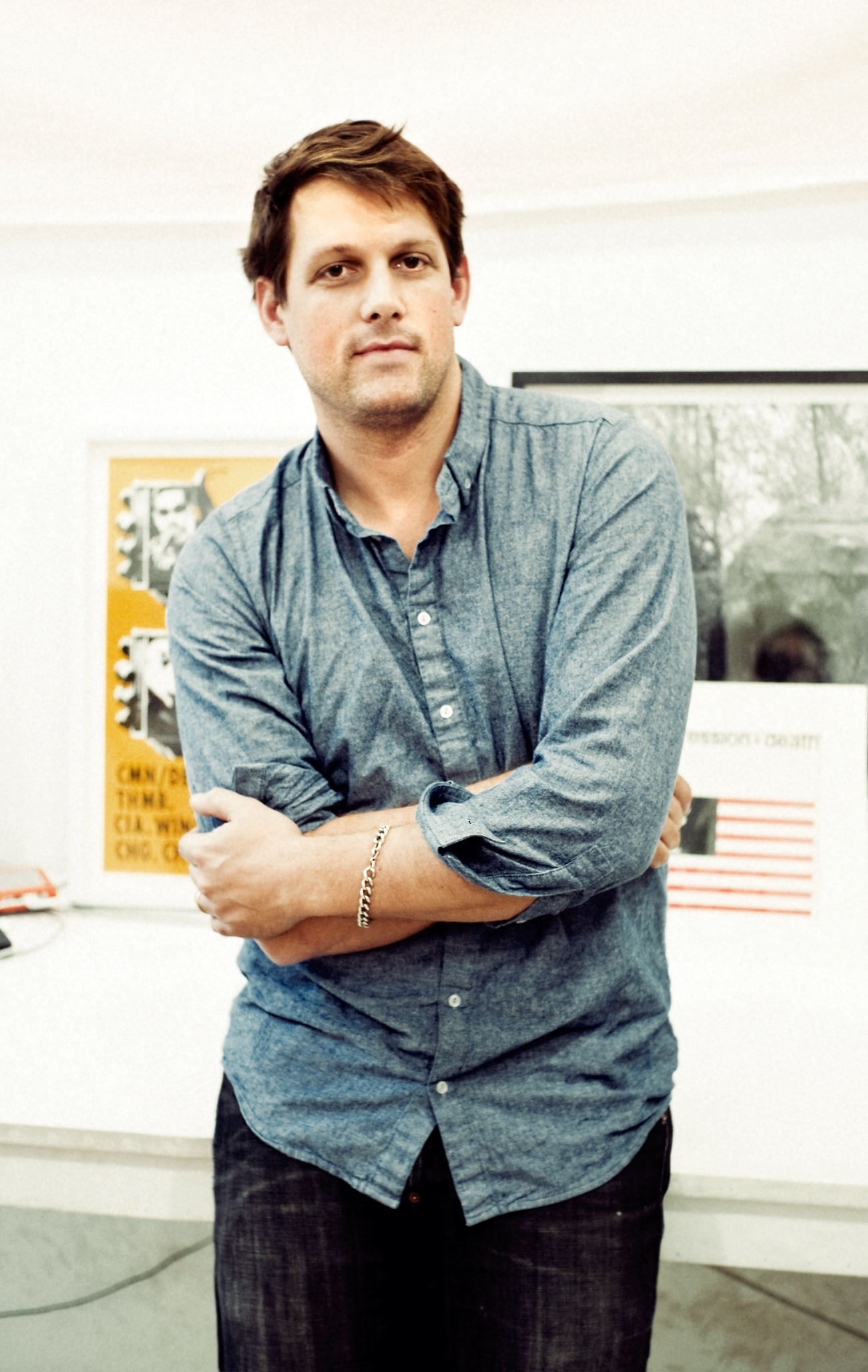 BILL POWERS — What was the impetus for opening the bookstore, Karma?
BRENDAN DUGAN — For five or six years, under the name An Art Service, I worked with artists, designing posters and books, and helping out with production and publishing. The more it developed, the more I wanted to have a place where people could view our projects and become familiar with our overall interests. Our studio is located in a great old storefront space in the West Village, so we opened Karma in it, too.

BILL POWERS — Is the name a throwback to bookstores like City Lights in San Francisco?
BRENDAN DUGAN — In the history of indie publishing, names like City Lights, New Directions, and Something Else Press invoke vague, sentimental concepts, and I suppose Karma does that, too. The name actually came from a sign we put up in the window while we were under construction. It’s a gold-leaf version of a text painting by Dan Colen. I like how confusing it is to see a word like “karma” in the window. Is it a yoga studio, a headshop, a bookstore, or a satellite nightclub from the Jersey Shore? It’s ridiculous, but the name stuck. On a broader level, I’m a believer in the idea that history repeats itself. The idea of karma is sort of conveyed by the old and rare books we showcase, which is an attempt to bring them back to life for those interested.

BILL POWERS — How did you first hook up with Dash Snow and Dan Colen?
BRENDAN DUGAN — The first project I worked on with Dan was a poster for his show in Berlin in 2006. I was working on Broadway, and Dan came over. Dan had all these quick color prints from a photo lab. I knew his work at that point, but it was still a pretty funny introduction. He had a bunch of shots of himself wearing a Jewish prayer shawl on his dick. I tried to choose the best image. Before that I worked with Nate Lowman, helping him with his contribution to a Richard Prince book. He compiled appropriated pictures of guys named Dick, Richard, or Prince, such as Little Richard, Keith Richards, Richard Simmons, Richie Rich, Dick Tracey, and so on. They all came from Nate’s immense collection of images and news clips. I first worked with Dash on his book, God Spoiled. He thought about it constantly and would come up with new ideas, new titles, new references, new zines, etc.

BILL POWERS — The store has titles by Ed Ruscha and Kathy Acker, and then Charles Manson transcripts, all side-by-side on a shelf.
BRENDAN DUGAN — Yes. We like to see how different artists and groups converge. It’s a way to research art history and how artists’ works are manifested in books. It’s vital to keep learning, and, from a design perspective, we use the bookstore as a resource, like a revolving reference library.

BILL POWERS — What’s coming up for you in 2012?
BRENDAN DUGAN — In January we’ll be mounting a poster/book/ drawing show by Bjarne Melgaard. We just published Love Roses, a book of photographs that Dash shot in 2007. They’re particularly elegant and dreamlike, so it was exciting to have the opportunity to make them into a book. We’re also working with Gagosian Gallery on a collaboration of Dan Colen and Harmony Korine.