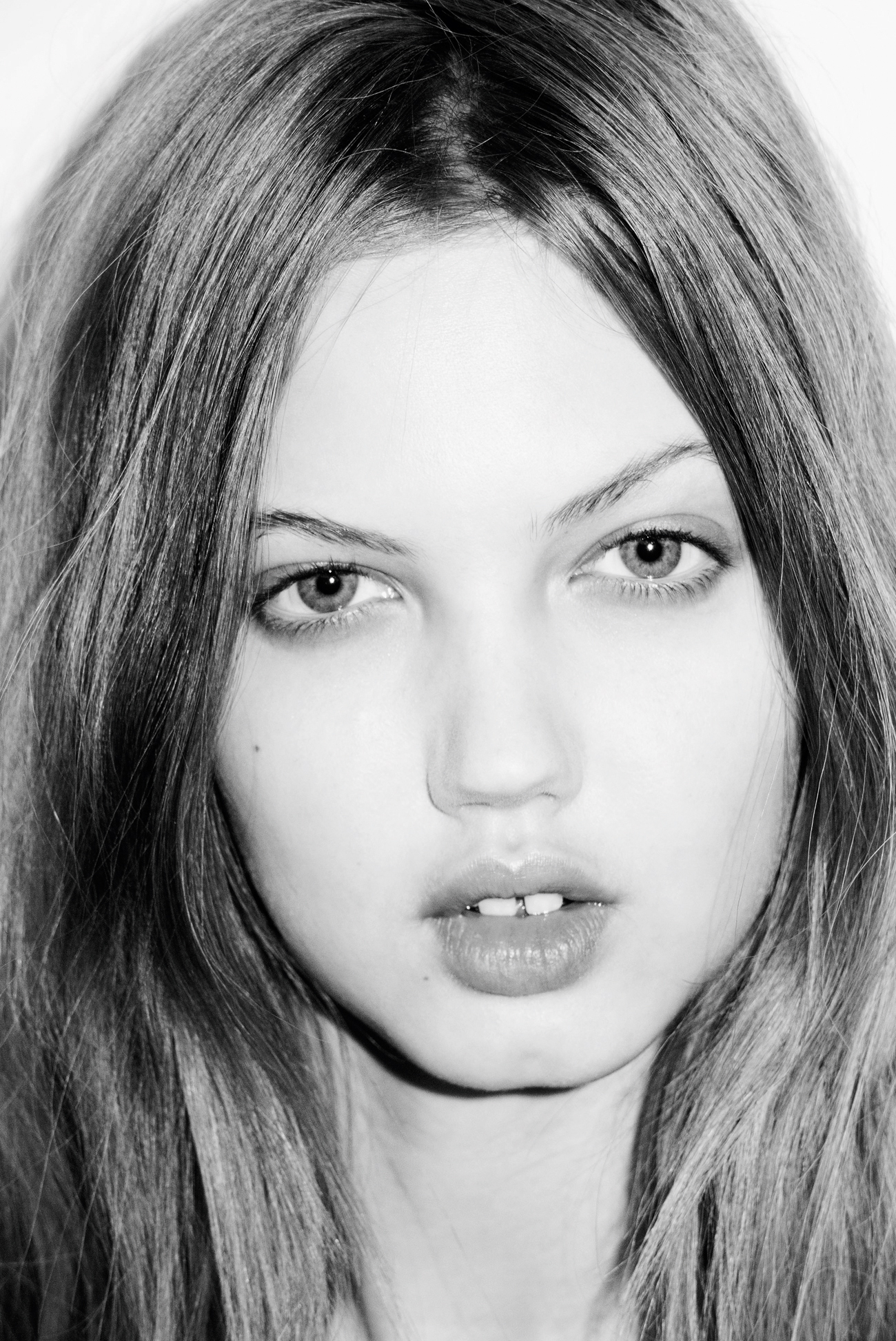 Wichita, Kansas, April 2011. An unmade bed, the walls billiard-table green, a mess. No windows. It could be a prison cell, a crime scene — or a teenager’s bedroom. The room is maybe 100-square-feet. To the left of that unmade bed, behind a varnished wooden screen that the D.I.Y. dad built with his own hands, stands a clothing rack and a shoe rack affixed to the bedroom door. Alina Cho, a Korean-American journalist from CNN, is rummaging through it with a teenage girl. The teenager says, “It’s really messy.” The search is turning up things way too luxurious for a simple Kansas girl. Alina Cho holds up a dress, a gift from Marc Jacobs. The camera frames the face of the teenager, and we recognize the already  famous, rosebud mouth of Lindsey Wixson, her wide-set eyes, her odd little pinched nose, an animal nose that hints she may snore when she sleeps. We glimpse her rabbit incisors, with such a wide gap between them that her classmates used to say, “You have a parking lot between your teeth!”

She is an Aries, born April 11, 1994, her father a satellite-dish installer, her mother a schoolbus driver, smack in the middle of the Midwest, cowboy and Boeing factory country. Wixson has become the model of the moment in less than two years, discovered by Steven Meisel in September 2009 in a video. This video, which can be seen on the Internet, is both moving and terrible, like all moments in which the destiny of a human being is in play. The scene takes place a year and a half before that green room in Kansas, somewhere in the United States, a typical glass and wood office location. LW (a bird) is wearing a black bathing suit, teetering on her borrowed heels in front of a cameraman named, according to the copyright, Victor del Toro. Never again will she be so undressed, or so close to being so. A woman, a mother, a prison warden, watches from a sofa; we glimpse only her legs, her bare feet, a bag. A blonde guy, indifferent, an assistant, glides around in the background between a giant plant and a glass wall. It’s the afternoon, a teenager’s normal boring long afternoon in the Midwest. The last one. The modesty of LW (she’s 15) only adds to her charm, facing the camera as an offscreen voice says, “Look at me, please.”

The third video shows various images of Donatella Versace, circa 2010, kneeling at the feet of the teenager during a fitting. DV speaks of LW as if she isn’t in the room. In a subdued voice, she says, “I love Lindzey, she haz a doll face, herr mouz haz ze shape of a hearrt.”