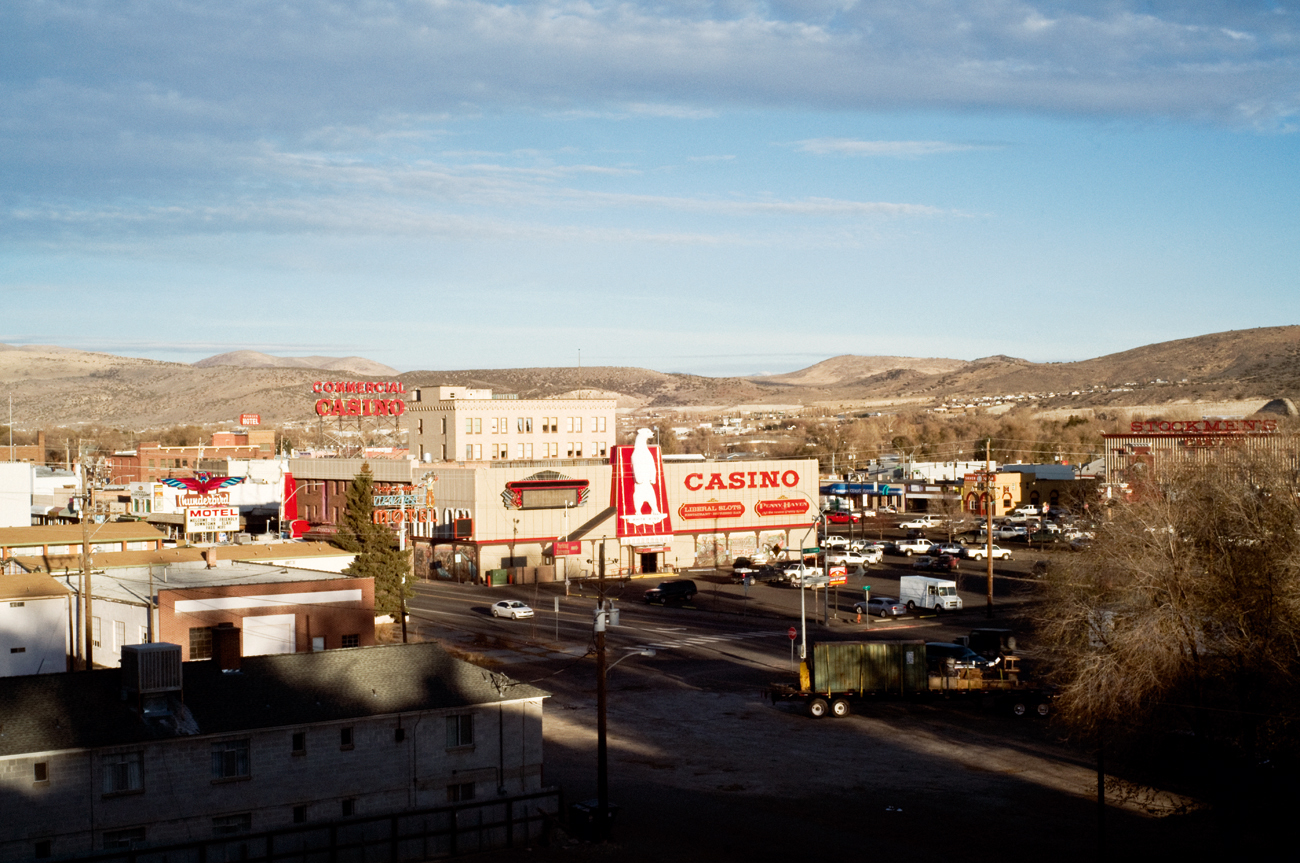 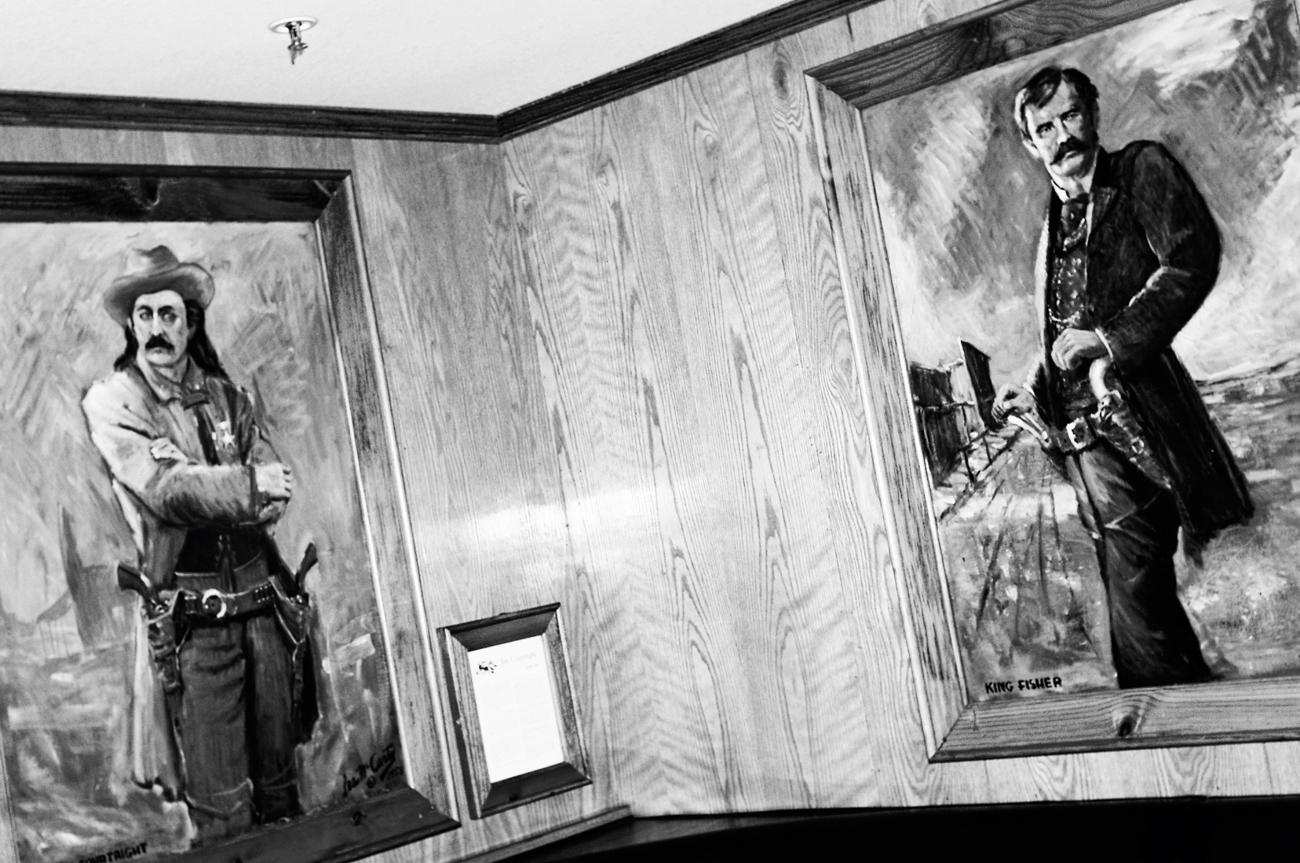 Elko, Nevada, just may be America’s freest town. Settlers from the Basque country came to Nevada to raise sheep and cattle on vast ranches, and Elko was at the center of it all. Today Elko is a town of casinos, brothels, coffee shops, and bars. The men who work in the gold mines in the mountains — operating machinery, driving trucks, and tending to the toxic ponds of cyanide that chemically separate the precious metal from the rock and dirt in which it hides — these men keep the town alive. The wild miners are filthy, but beautiful. They live by raw instinct and physical will, residing in cheap motels, far from their families. They come into town covered in dust, with pockets full of cash. They keep guns in their cars. They behave as they please, without shame, the way men used to — before the country bowed to politicians who confused inhibition with morality and passed laws that enforced their agenda. Men roam the town, playing blackjack and poker, drinking whiskey, smoking dope, throwing money at strippers, and screwing prostitutes. 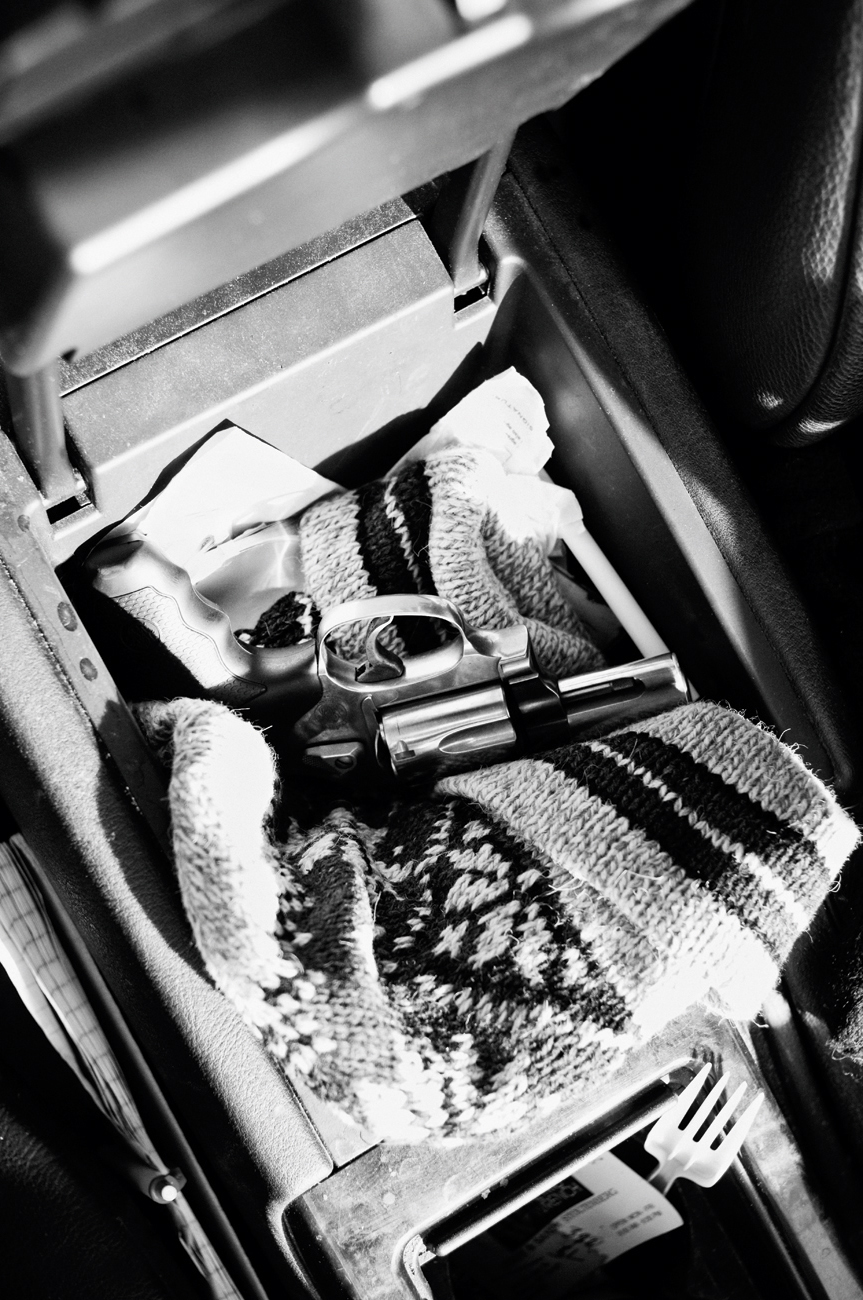 During our visit to Elko we felt like free men, too. The town of 18,000 inhabitants is far away from power centers, corporations, and bureaucracies — so far away that it seems to exist outside the norms of society. Not only is sex-for-money legal, but the brothels also are centrally located, across from the city’s most popular restaurants. One brothel’s slogan: “Our Business is Your Pleasure.” At Inez’s Dancing And Diddling we order drinks at the bar while the polite, well-groomed Asian manager claps his hands to call out the girls. They stroll in from the back, where they’ve been servicing other customers, and stand at attention in a straight line, smiling and showing off their figures. We tell the manager that we’re not interested, but he makes us promise to come back later. We won’t, but say we will.

When we’ve finished our drinks we look for a restaurant that serves the Basque cuisine the town promotes. The streets are so ugly they make your head ache. The shops sell strange assortments of lingerie, camping gear, birthday cards, and knives. Grit blows in our faces as we pass by bent-over old men wearing cowboy hats and young men in sweatshirts, their faces pale and taut from crystal meth and unspent testosterone. Pickup trucks with chrome wheels roar by, spitting smoke from tail pipes. Without women to calm them down, bored and restless men with cashed paychecks inevitably make loud noise, revving their engines, arguing among themselves, stumbling down alleys, and cursing the night sky. 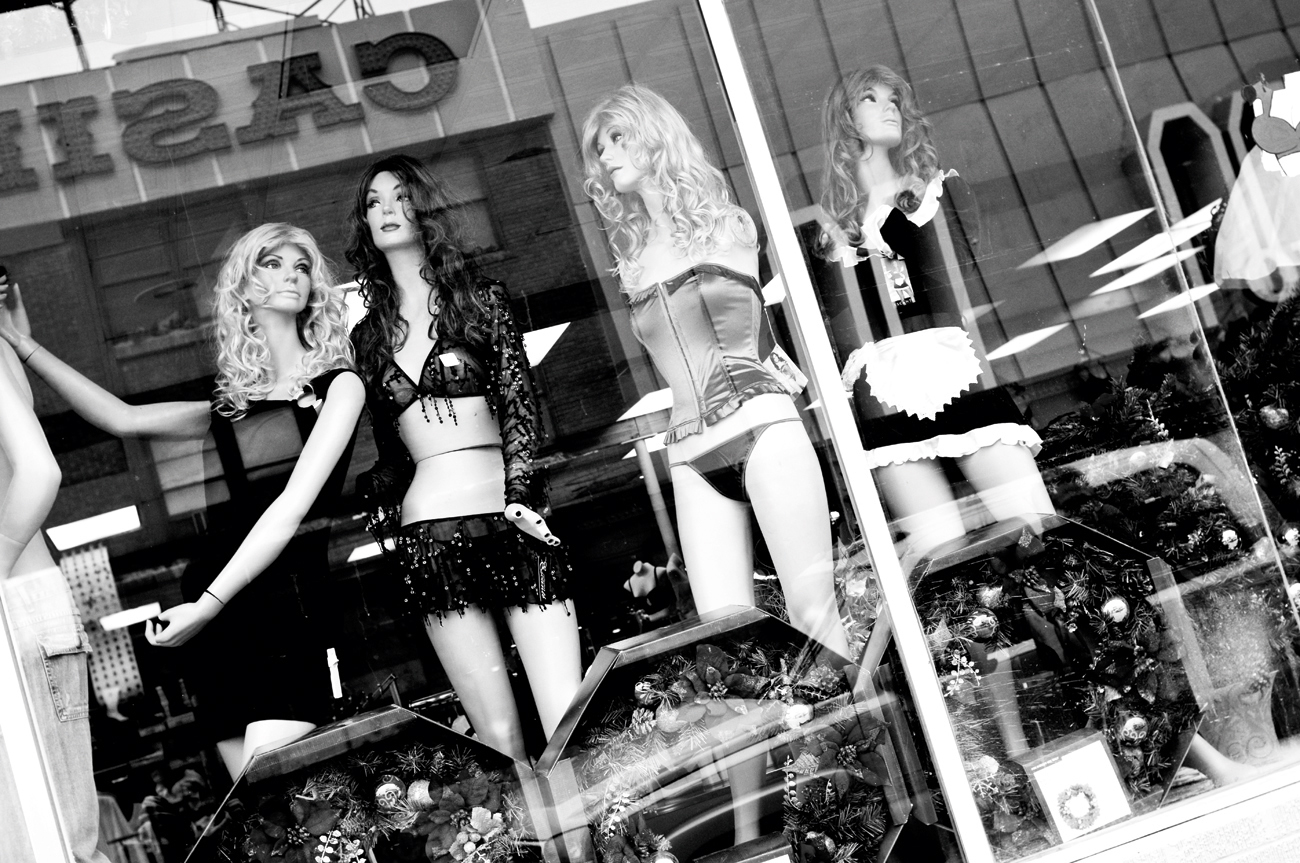 We eat at a bustling restaurant called The Star, where families with children wait at the bar for space at one of the long tables. Children in Elko are not sheltered. The adult world is not a puzzle to them. They see it all. But they stare at us as the waitress brings us huge portions of terrible food — thin soup with too much salt, bland and tasteless salad, tough dry lamb. The nostalgic Basque identity Elko boasts of dies in our mouths.

After dinner we go to a strip club to play pool. On stage, under moody purple lights, a dancer with loose, wrinkled skin and sagging muscles bends, stretches, and twists her tired body. She draws little attention from the customers at the bar, who keep their backs turned to her. My friend holds out a dollar, and the dancer kneels in front of him, pushing her heavy breasts into his face. He asks her where she’s from. “Everywhere,” she says, “but mostly nowhere.” 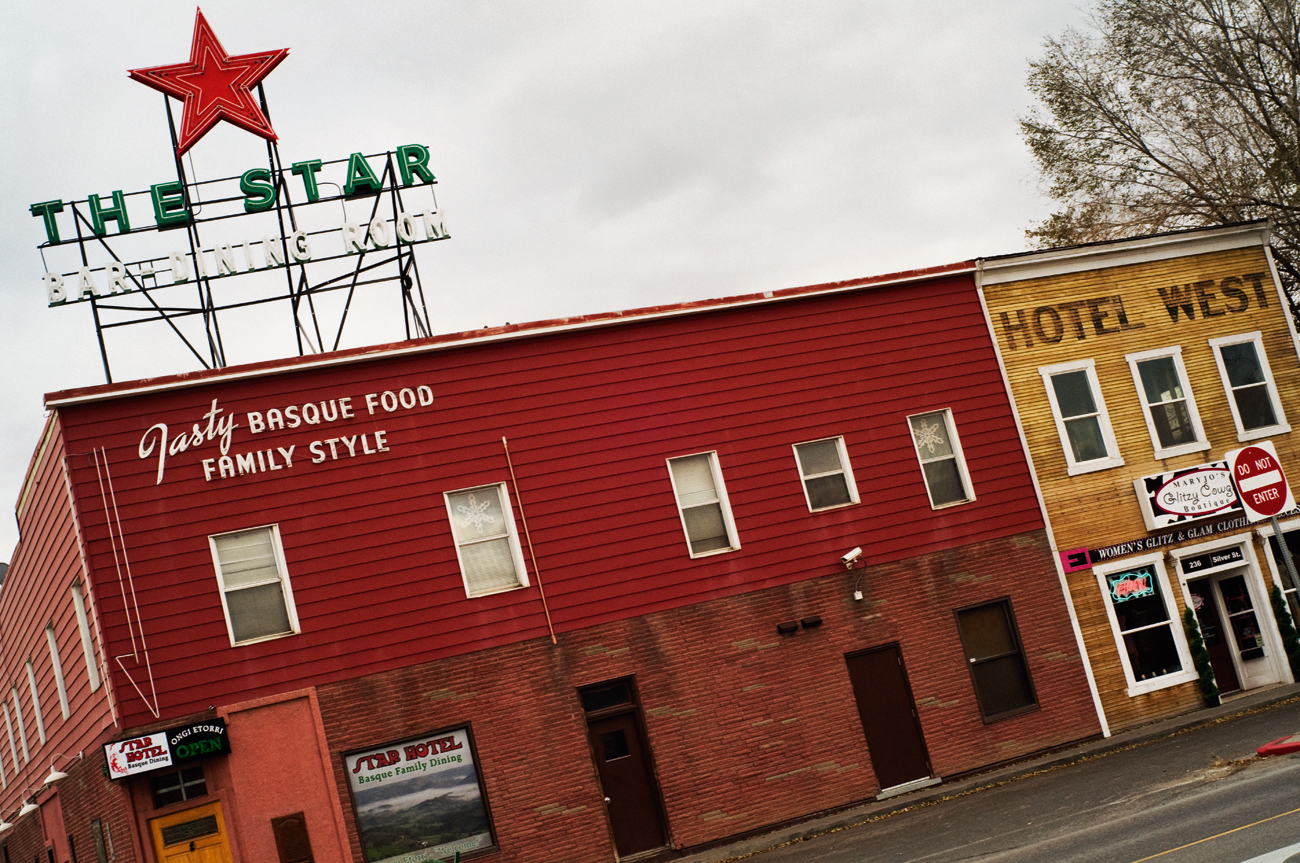 An hour later we head over to the Stockmen’s Hotel and Casino, a dirty old building from Elko’s early years. On the roof is a tall red neon sign that glows and throbs in the cold high-desert darkness — an enormous advertisement for pleasure. Inside, the walls, floors, and ceilings slope and slant, and the halls smell of marijuana. We play blackjack. Sitting next to us is Dan, a big, broad strongman with a warm voice. He drills for gold, he tells us. The skin of his hands is cracked and scarred, and in the center of the pupil of each of his eyes is a demonic point of light.

A waitress delivers our free cocktails. Dan looks and sounds like he’s been drinking heavily — and has no intention of stopping. He wins one hand after another, taking in more chips with each bet, as the cards keep falling from the dealer’s hands. But then he starts losing. His stacks of chips grow smaller and soon he has nothing to show for his hours at the table. But he doesn’t seem to care. He’s a miner, with no illusions about money — it comes from piles of sand and dirt, and it’s nothing to get attached to, nothing to fall in love with. Like the girls in the brothels, it gives pleasure, but not for long, and when it’s gone, it’s gone. 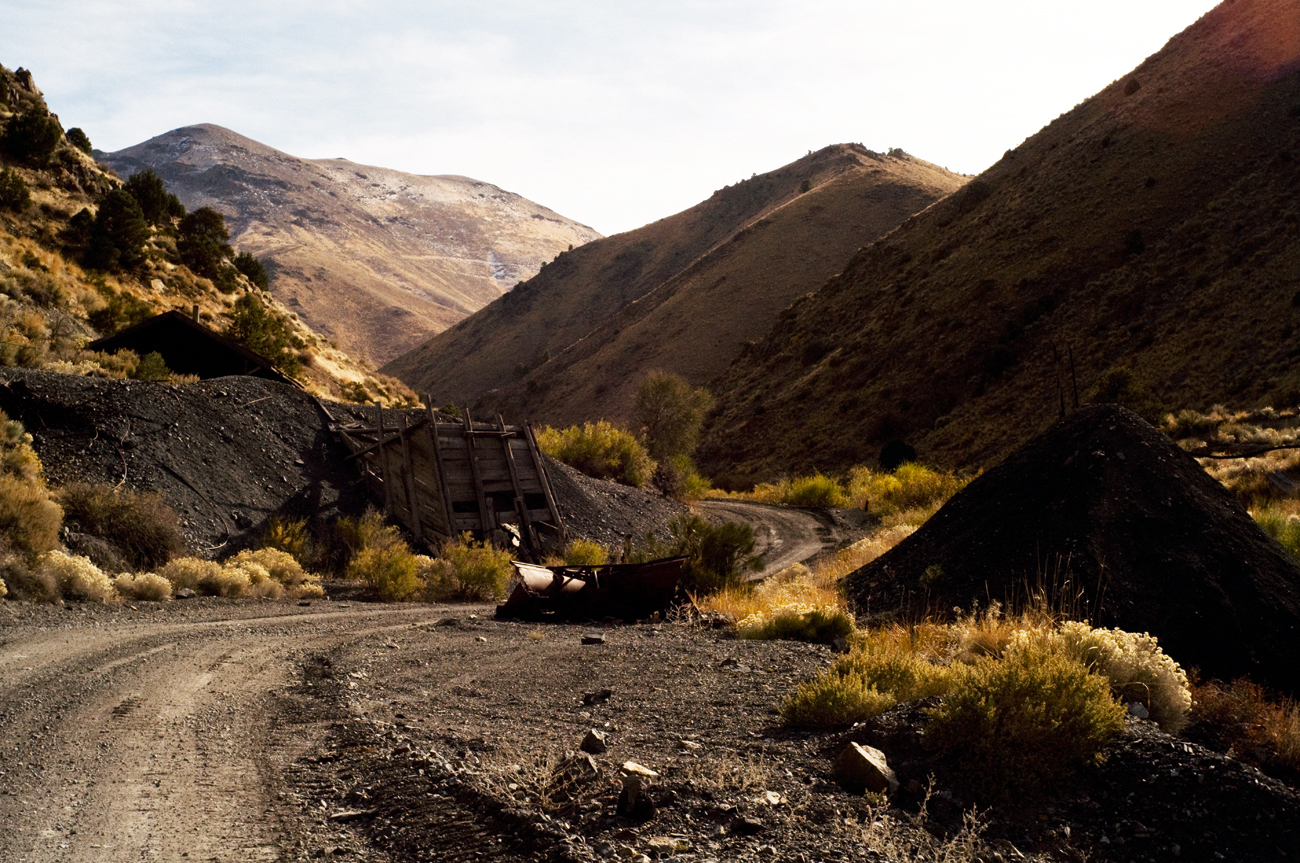 He asks where we’re from, and when he learns that my friend is from Paris and New York he offers to meet us early the next morning to show us a canyon way out in the desert, near to a place where he’s been looking for gold. The canyon, he says, is his favorite place on earth, so we accept his invitation. We barely know him, but late at night in Elko you take chances, and don’t say no to strangers.

In the morning we have breakfast in a coffee shop at the Commercial Casino. From our seats at the counter we can hear the slot machines and through a doorway we can see one of Elko’s strangest sights: an enormous stuffed polar bear standing upright in a glass case. A sign mounted on the case informs us that it’s the White King, the largest polar bear ever bagged. How it wound up in Nevada we have no idea, but it doesn’t belong in the desert. It’s absurd. 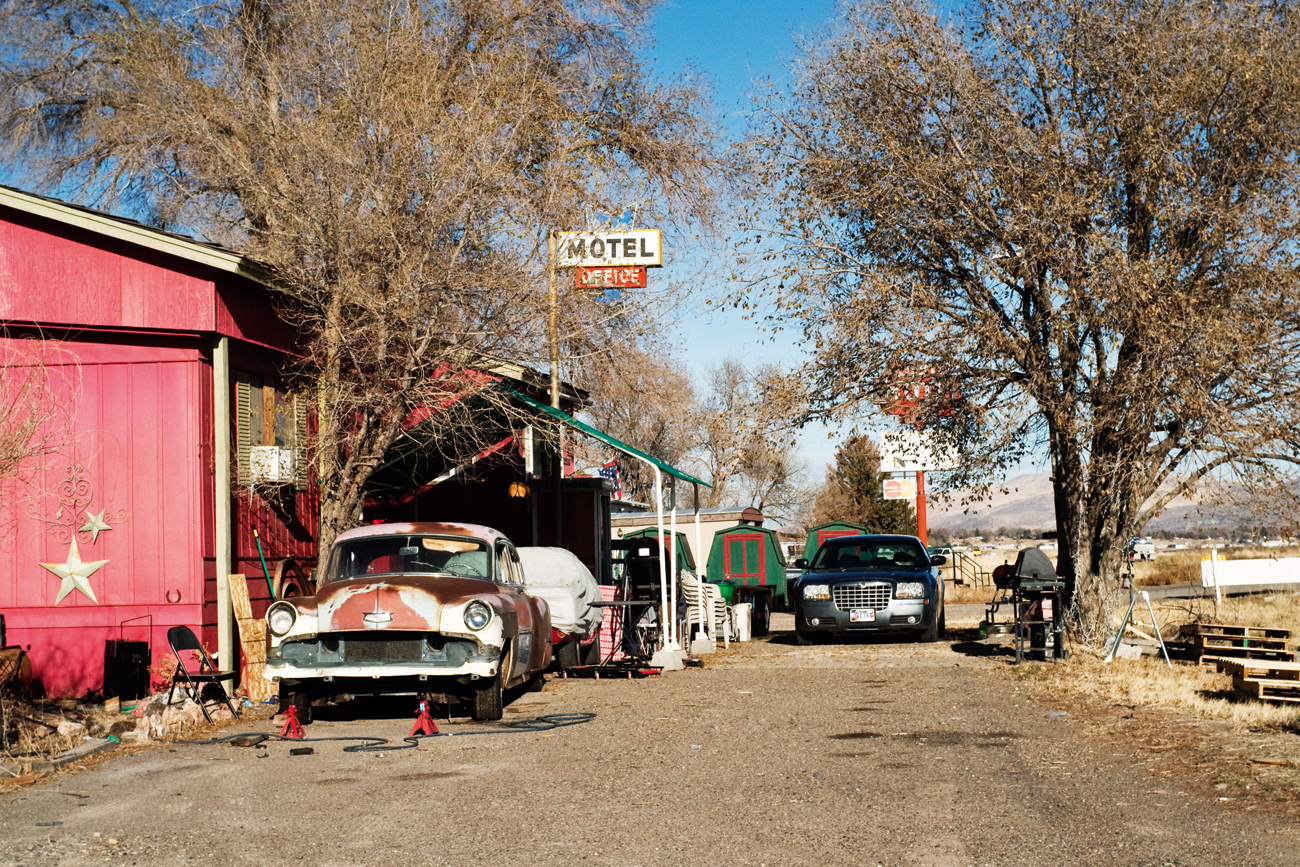 After our meal, we meet Dan in a parking lot and follow his pickup truck out onto the highway. We drive west for an hour, deep into the wilderness, and come to a mountain with its top scraped off and mining machinery parked around its base. We turn onto a dirt road that rattles our car and then we pass through a gate and start to climb uphill. Dan pulls over, gets out of his truck, walks up to our window, and gives us directions. The road fades away and becomes a rough dirt path. Soon we’re alone in a canyon whose tall rock walls are pierced with tunnels and littered with crumbling buildings. Someday, after the gold is gone, Elko might look this. The casinos will close. The whores will get married. The stripper who comes from everywhere and nowhere will wait on tables in Las Vegas, faintly remembering the hard faces of those men in dusty clothes. 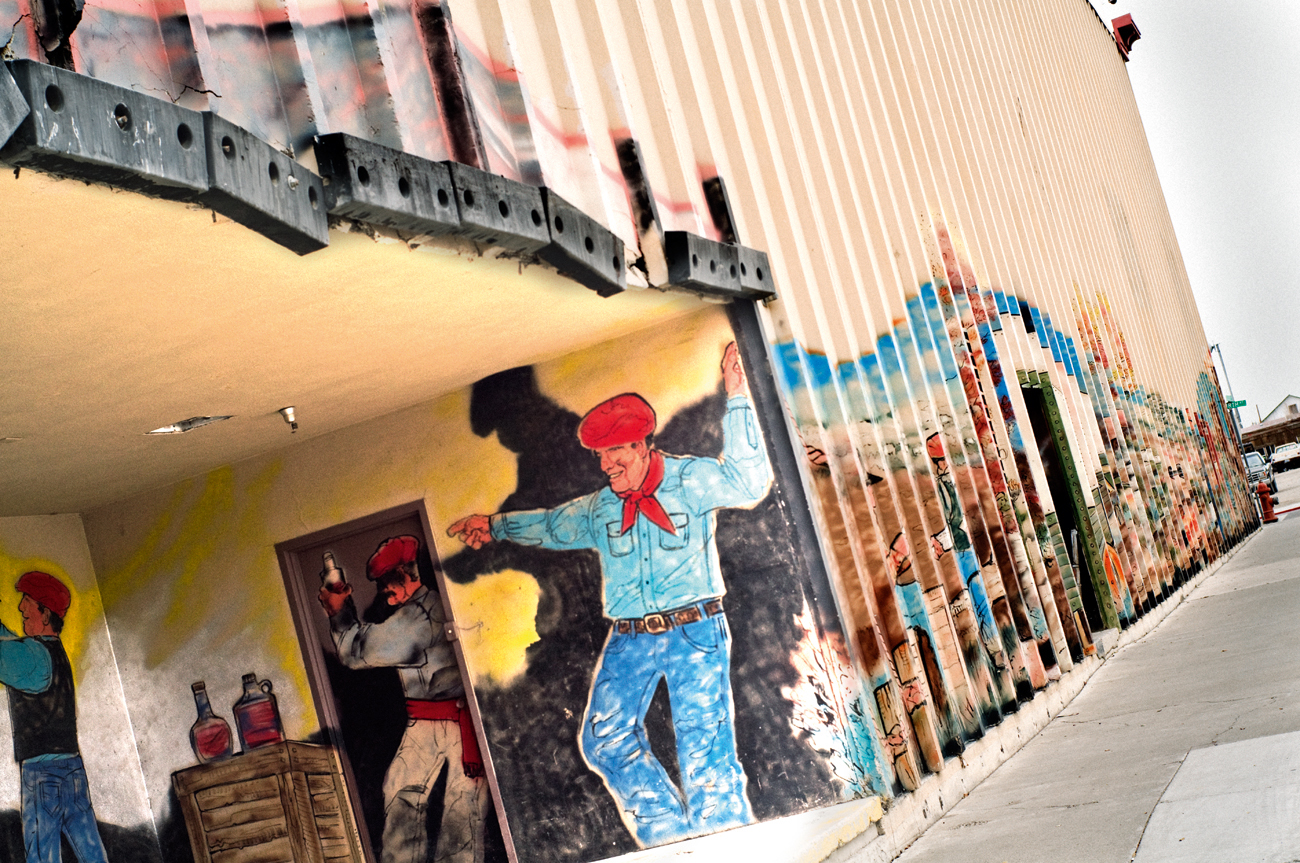 When we get back to town, we eat more bad Basque food, including a sausage sandwich that makes me sick, and then we drive around killing time until sunset. We stop on a hill above a cemetery. The rows of white gravestones run beside a schoolyard where little children are kicking a ball around. We can see the whole town from this spot — a jumble of shabby buildings sitting along a river that snakes toward the gold mines. In the car we smoke and listen to music and watch the lights come on in the bars and brothels down below. We talk about what we’ll do later, where we’ll go, and how we wish we weren’t leaving in the morning.

Gold is one of nature’s most powerful stimulants. This small Nevada town is the fourth-largest producer of gold in the world. The mines run nonstop. Miners slowly reduce mountains to gravel. The gravel is trucked away to plants where it’s treated with fluids that suck out the tiny flakes of yellow glitter, which are then molded into bars that will be locked away in vaults. These bars are the property of men who rule the world. Gold is a symbol of authority but also a mark of cruelty. Its savage power trembles and pulses in the earth around Elko. 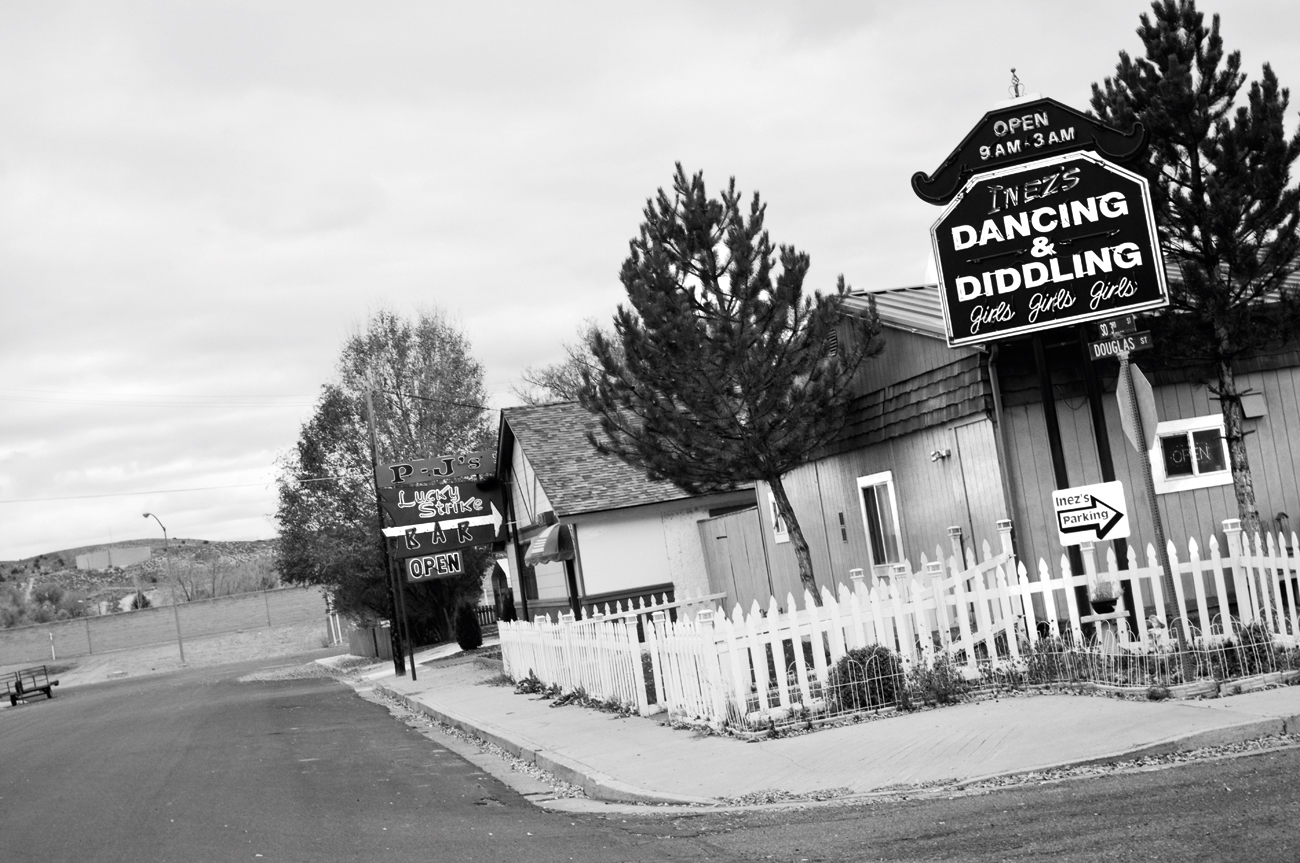 The last night I spent in Elko I had a dream about the town, and about freedom. I was sitting at a blackjack table across from a man whose face was shaded under his hood. In front of me was a single black chip. The man brought out a deck of cards and shuffled them, proposing that we play a hand — but only one. If I won I would be paid enough gold to make me the richest man on earth. If I lost I would die. “Do you still want to play?” the man asked. “You don’t have to. You can get up and leave if you want to. It’s your decision.” I played. It was Elko. I had no choice.