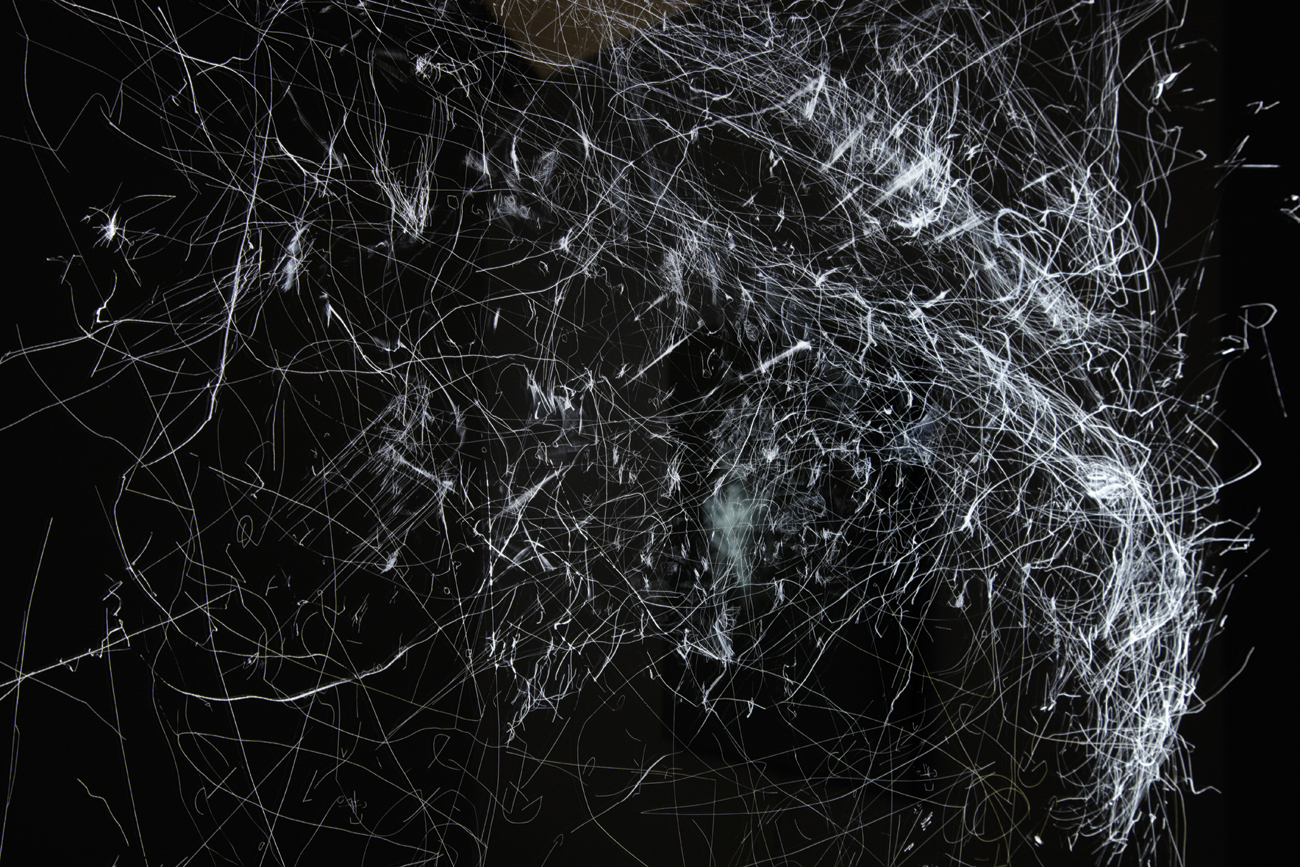 JULIANA BALESTIN — I first heard about your work from Robert Longo, who you used to work with as a drawing assistant. Tell me how you ended up in New York.
BROCK ENRIGHT — I planned on playing music after I graduated from college. I ended up in New York because I created a piece for a Fluxus artist who hired me to go to Columbia University under his direction. When I got here, I decided I wanted to be a personal concierge, to be kind of selfless or empty, and let other people tell me what to do. I always had a video camera with me, and late at night or early in the morning, when I found myself in weird hotel rooms or in people’s homes, I’d film it all. People started wanting me to do all sorts of things for them. I started filming them privately — oftentimes sex was involved. That’s how my video art developed. 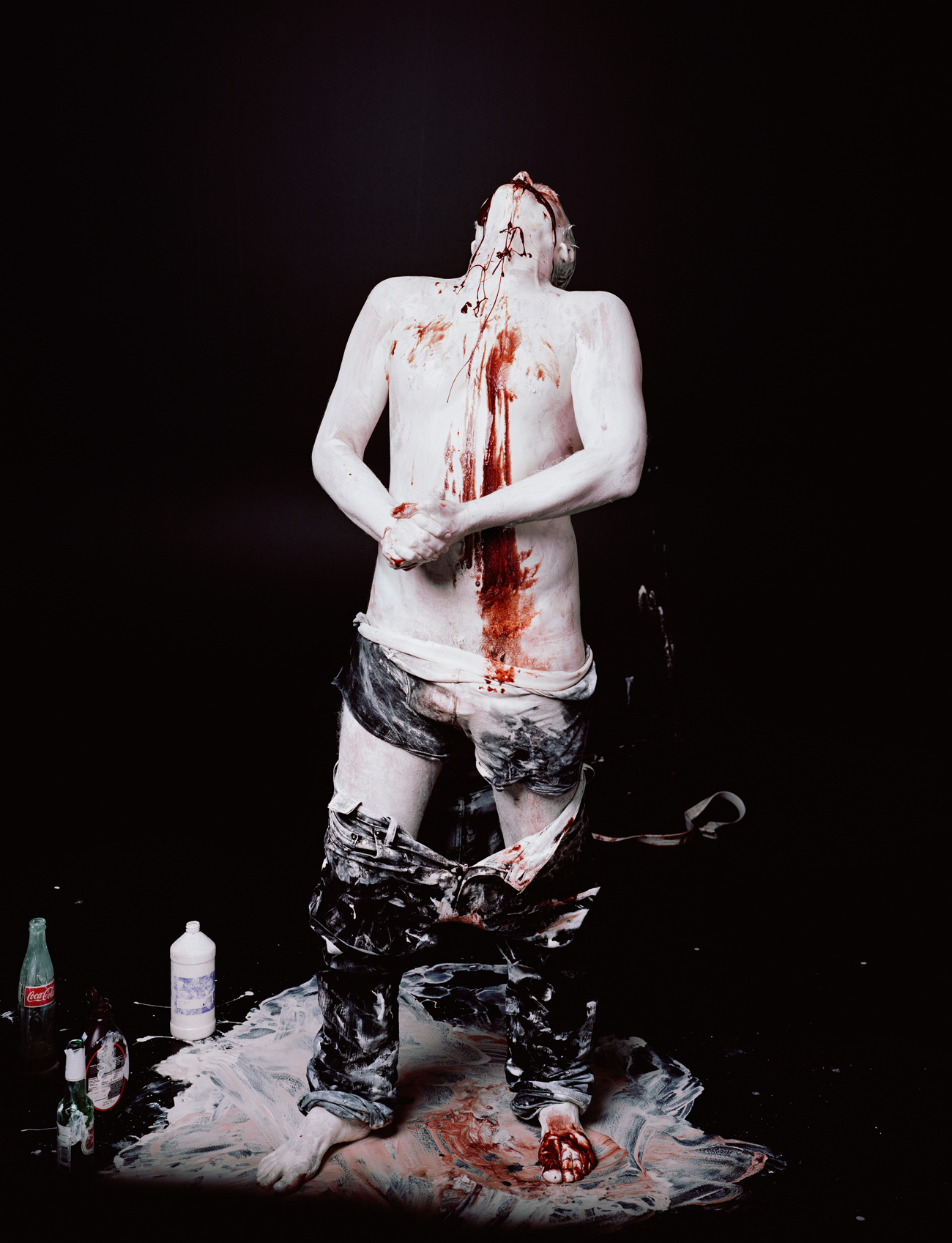 JULIANA BALESTIN — Did this lead to your creating Videogames Adventure Services, a service for people who want a custom-tailored kidnapping experience?
BROCK ENRIGHT — The kidnapping is an element of a larger sculpture project that’s still in the works, but which will be finalized soon. I needed subject matter for my art, so I created a company and put it out into the world. It’s gotten more media attention than any other work of mine.

JULIANA BALESTIN — The idea was to produce art out of kidnapping, right?
BROCK ENRIGHT — Yes. People can organize their own kidnapping. It provides me with a source of different materials I can utilize, ones that I wouldn’t have thought of otherwise. It’s a sculpture project hidden behind the façade of a company — one with production costs and overheads like any other company.

JULIANA BALESTIN — How many people have paid you for the service?
BROCK ENRIGHT — The number of clients is too high to count. I have it written down somewhere.

JULIANA BALESTIN — Do your clients know it’s all part of an art project? If they do, do you think that makes the experience a bit contrived?
BROCK ENRIGHT — My clients are not always aware that it’s all for a sculpture project. The project works on several levels. It’s a tool that can be used in different ways, depending on the approach, on how one is introduced to it, and how one comes at it. One can come to it from the art world, the local news, a newspaper, a travel magazine, etc. The project has been diverted into many different social scenes, markets, and media. This was all part of my plan to let those interested in it do what they will with it. My job was to bring it into being. After that it shifts shape. It’s like a mirror. 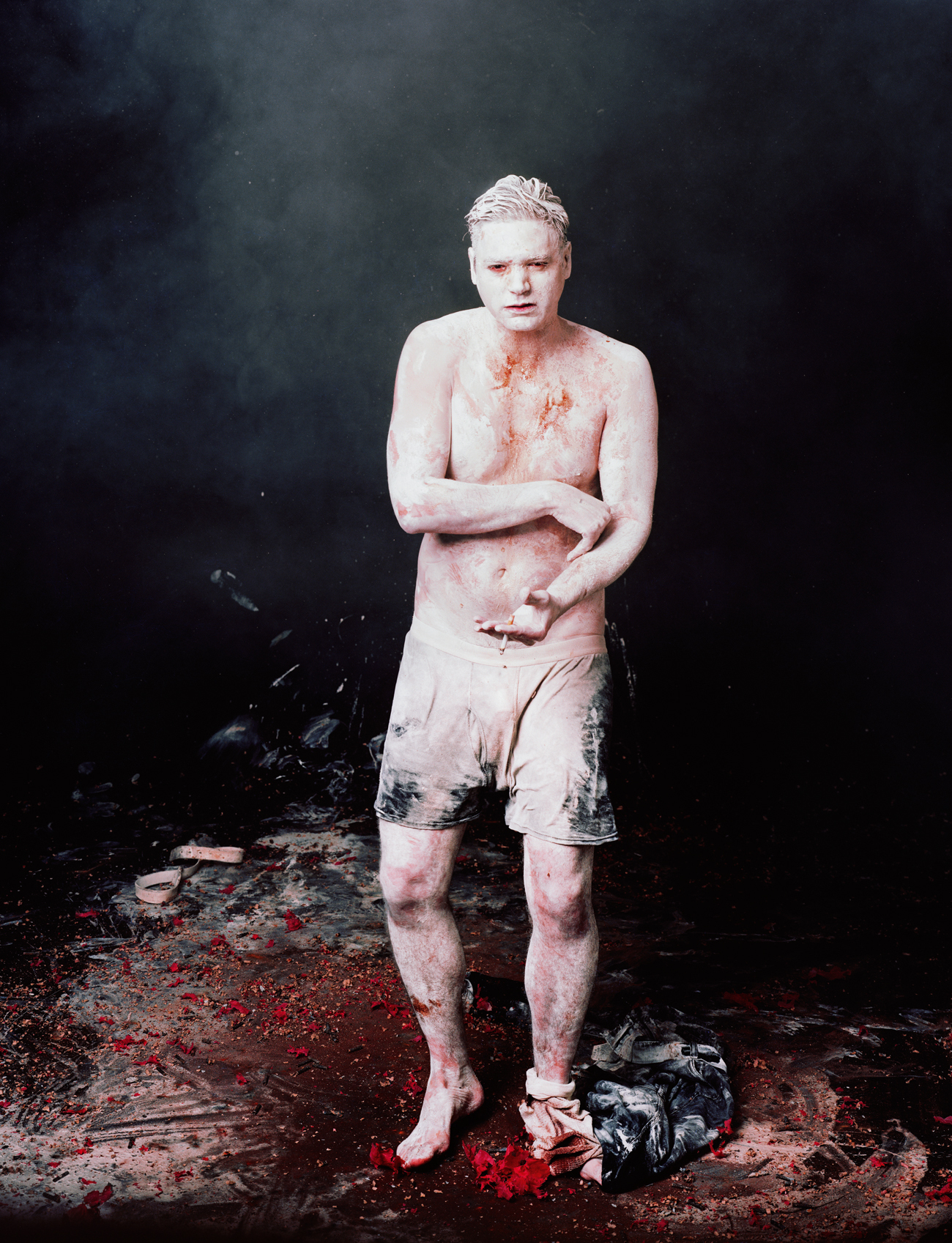 JULIANA BALESTIN — Why would people pay thousands of dollars to be manipulated, to be physically and mentally controlled?
BROCK ENRIGHT — I can think of a lot of reasons, and maybe one day I’ll come up with a good one. I didn’t want the process of the kidnappings to become contrived. It was never really about kidnapping, anyway, which is what’s interesting about it. I started the project because there seemed to be a demand for it, and the press and the news networks could make a story about it. The piece evolved interactively. It has a dark side and a light side.

JULIANA BALESTIN — You have your motives, your clients have theirs, and the press feeds on the sensationalism of the whole thing.
BROCK ENRIGHT — Yes — which I allow to take place.

JULIANA BALESTIN — Critics talk about your work having a relational aesthetic, that you create interactive situations in ephemeral social contexts. Do you agree with that?
BROCK ENRIGHT — No.

JULIANA BALESTIN — How would you define your work, then?
BROCK ENRIGHT — It’s anarchy, in the truest sense. Trying to achieve that is ridiculous, probably, but the humor in trying to achieve something unattainable excites me. So each time I try to flip the script around in some way. I try not to pay attention to things that are going on. My goal is more about forgetting conscious intention and concentrating on what’s going on in my muscles. Muscle
memory is where I’m at and where I’ve been. Materials are also very important. I need to use the appropriate materials in order to execute my hypothesis. If it’s wood, then it has to be wood. But why wood, and not video or film?

JULIANA BALESTIN — I noticed that in Satellite Son, your two-man exhibition with John Lehr, you used found objects and assemblages. Do any of these objects figure in your personal history?
BROCK ENRIGHT — Yes, of course. There’s a difference between found objects and my objects. They all have a function and a purpose. There was a cast of a client’s eye in one of the shows. He wanted me to punch him in the face. I made a cast of the eye and painted it. I never thought of it as a sculpture. But I collect these things. I organize them in such a way that my archives are collections I can build from, almost like constellations. Each thing relates to another.

JULIANA BALESTIN — Your work mixes fiction and reality. Tell me about your film, Good Times Will Never Be the Same?
BROCK ENRIGHT — I set out to make a film about my preparations for a show in a New York gallery, about all the processes an artist goes through putting a show together. Jody Lee Lipes filmed me as I traveled across the country making a piece. I ended up in the Mendocino woods, looking for a black goat. I was in a lot of different states of mind during the making of the film, trying this and that. Jody captured it all and edited it into a natural narrative. But there were a lot of other things that happened, and that part of the story hasn’t been told yet. The thing is, I have no perspective on it. I don’t know how a film will turn out. A filmmaker has a certain perspective, one that another artist might not have. I knew what I was doing and why I was doing it. Everything is shown out
of context, but it makes a great film.

JULIANA BALESTIN — What are you working on now?
BROCK ENRIGHT — I’m working on a show for Kate Werble’s gallery. I scratch away the reflective surface on the back of mirrors to make a noise. I flip the mirrors around and hold them up to the sun, and light shines through them and makes reflective drawings. The whole space will be filled with these reflective drawings. For people to hear the sound of the scratching and to see through the mirrors is the intent. The drawings are the end result. The drawings are made by light passing through the see-through lines, as the mirrors themselves reflect the environment. The drawings become windows of lines. It functions like a camera’s lens. I put light-sensitive paper against a drawing. Light passes through, and a photogram is created.

JULIANA BALESTIN — What else will you exhibit?
BROCK ENRIGHT — I have stages and platforms in my studio, and I film things that happen on them. For example, while someone tap-dances like Fred Astaire on top of a Plexiglas platform, there may be people underneath the platform. Everything from a performance that remains stuck to the platform is what will be exhibited. The platforms will be up on the walls in the space so people can see them from a different perspective.

JULIANA BALESTIN — Do you have any musical projects in progress?
BROCK ENRIGHT — Music is one of my secret releases, and I involve myself in a lot of pseudonymous musical projects. When you play a minor chord, it invokes a certain mood. If you play music with a certain bpm — beats per minute — people start dancing. If you cut the tempo in half, you get more of a head nod from them. My problem is that I don’t want to know things like this because then music and art become a little forced. I just want what I’m naturally attracted to. I don’t want to appear to know things. It’s more fun that way. I want to unlearn things — to forget — which is the hardest thing to do. When you learn something, you store it away. But what if you could learn something, then forget it, and then relearn it? I’m trying to do that with everything.