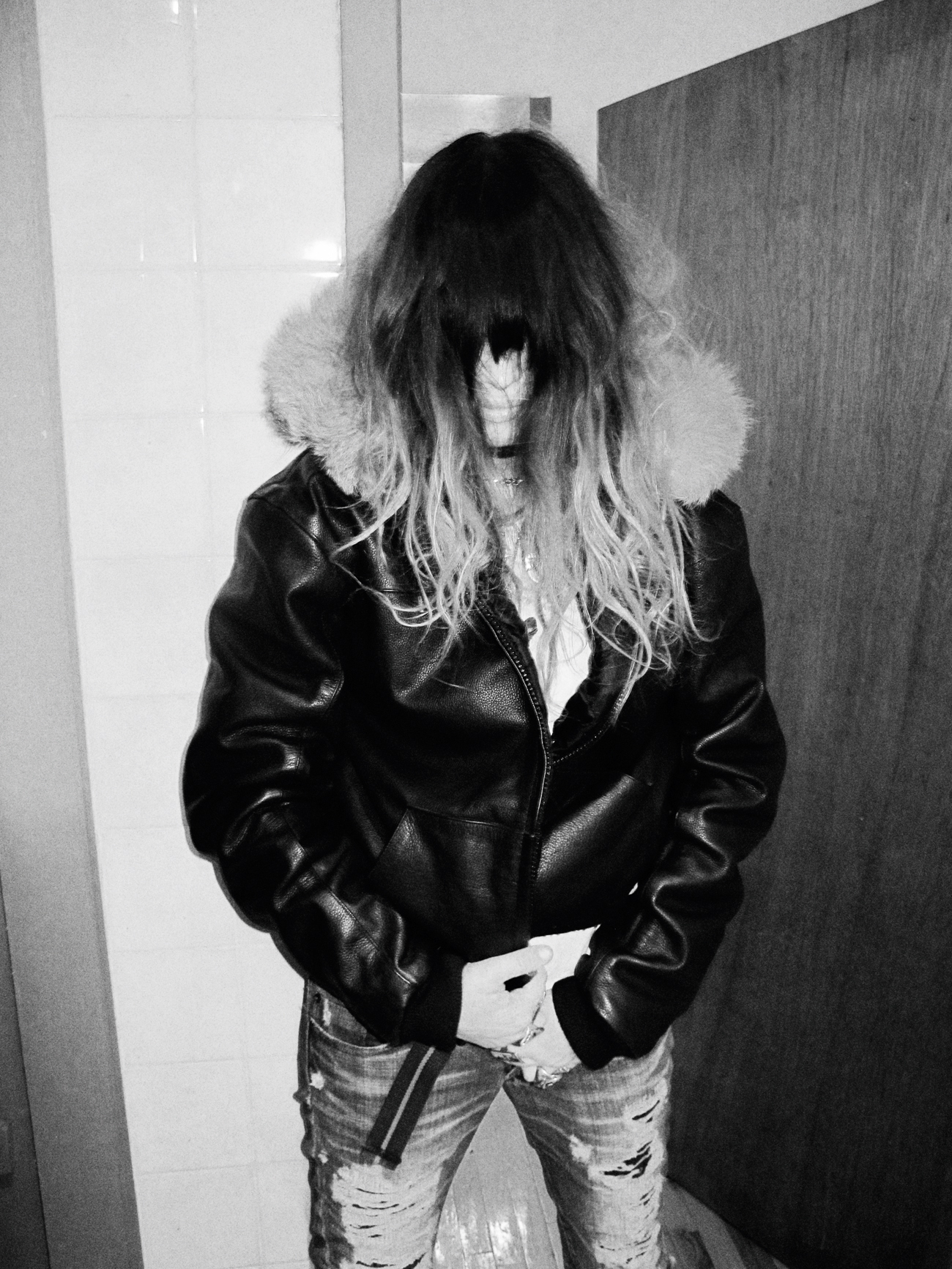 LIZZI BOUGATSOS — Your band is now called Black Bananas, and you have a new album out called “Rad Times Xpress IV.” I remember there was a gay bar in Philly called Black Bananas.
JENNIFER HERREMA — Yes, I remember it. We’ve actually had some problems with the British press about the name. They think it’s nasty.

LIZZI BOUGATSOS — What inspired you to change your name from RTX to Black Bananas?
JENNIFER HERREMA — It’s basically about the broader base of sounds we’ve created over time. This resulted in a new musical vocabulary, so it seemed logical for us to have a new name.

LIZZI BOUGATSOS — How long did it take you to make the record?
JENNIFER HERREMA — Three years, the longest it’s ever taken us. We really wanted to get it right, and we kept making discoveries along the way. We took the time to distill things.

LIZZI BOUGATSOS — The record goes so many places. It sounds cinematic to me, like a movie for the ears, a Masterpiece Theater of rock and roll.
JENNIFER HERREMA — If I directed a movie, this is what it would sound like. We tried to tap into a lush, horrific, sex-funk, dream-warrior nightmare.

LIZZI BOUGATSOS — So, “Rad Times Xpress IV”… Speaking of rad, you recently collaborated with some pretty rad visual artists, Justin Lowe and Jonah Freeman. Tell us a little about that.
JENNIFER HERREMA — Justin and Jonah are friends of mine. For years they’ve been creating parallel universes of fiction, and sometimes they’ll have us come out and play the soundtrack. During their show in Hollywood last month, we played some music from “Rad Times Xpress IV.” Models representing various tribes walked through a smoke-filled room. A woman in a lenticular 3D dress carried a silver pig’s head on a platter. It was totally weird.

LIZZI BOUGATSOS — They have amazing jeans.
JENNIFER HERREMA — Yes, they have a great denim collection.

LIZZI BOUGATSOS — You have such great style. Do you dress like a rock star every day?
JENNIFER HERREMA — It’s not like I wear costumes. I wear the clothes that I’d wear out anywhere. Truthfully, I live at the beach, and I mostly wear Lacoste flip-flops with the classy alligator dude on them.

LIZZI BOUGATSOS — Do you ever get bored living in Southern California? Don’t you miss living in New York?
JENNIFER HERREMA — No, man. California vibes are where it’s at. I love the ocean and surfing and being able to go to the beach anytime I want. And I do travel and meet different people. I mean, unless you’re taking it to new levels, why do the same thing over and over again? There isn’t enough time in life to let yourself get bored.