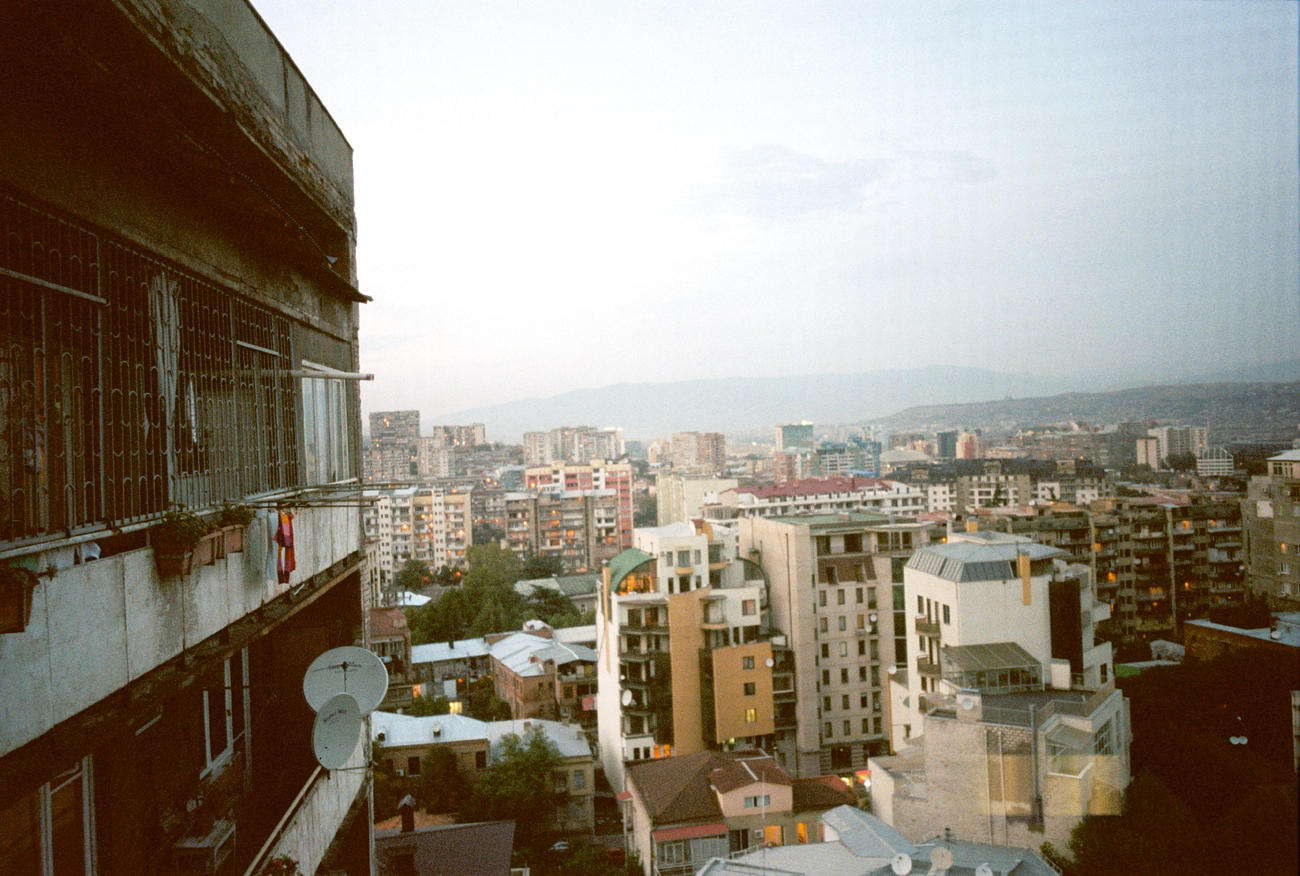 We began to believe that most Russians hope that if they live very good and virtuous lives, they will go not to heaven, but to Georgia, when they die. — John Steinbeck 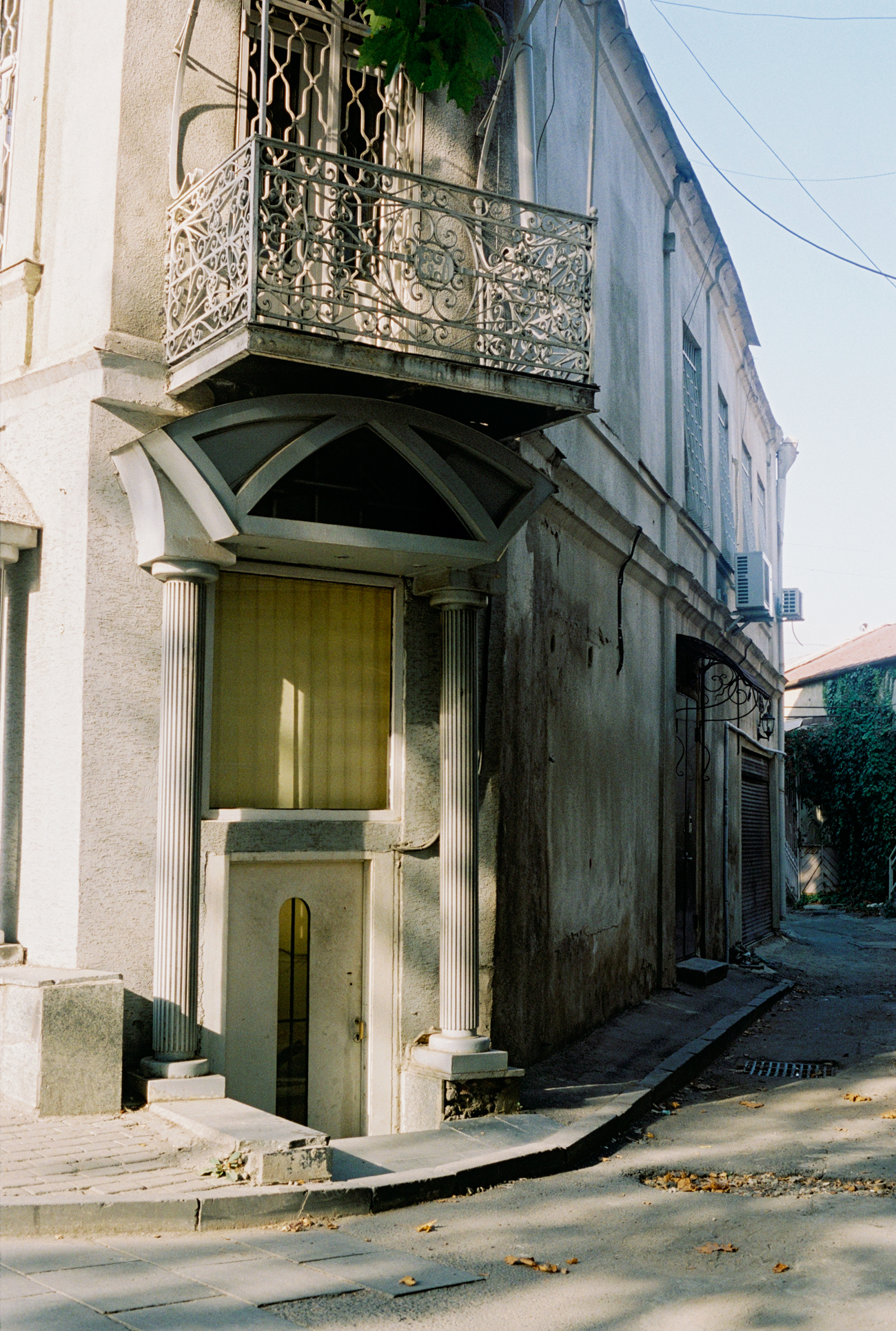 Fierce. Georgians are fierce. This was my experience of some six or seven days. I traveled there for a wedding—that of two Georgian friends. The only two Georgians I know. I remember once asking a hotel concierge to scribble the name and address of the town baths so that I could find my way there. I held out the pathetic scrap of paper on the street to passing Georgians and was hard pressed to get anyone to stop. In Georgia, the answer to most questions, even if they’re not designed to be answered by yes or no, is simply “no.”

The name “Georgia” may or may not be derived from the Persian word gorgan, or land of the wolves.

There’s a rumor that the President of Georgia is involved in every decision concerning public lighting in Tbilisi, the capital city of some one million people. You can’t help but notice the lighting when you arrive; the city is perfectly lit. Like a birthday cake. It’s breathtaking, and a bit eerie, too. My friend says that Georgians call the President “otkrivalka” because he cuts so many red ribbons. It means “can opener” in Russian. 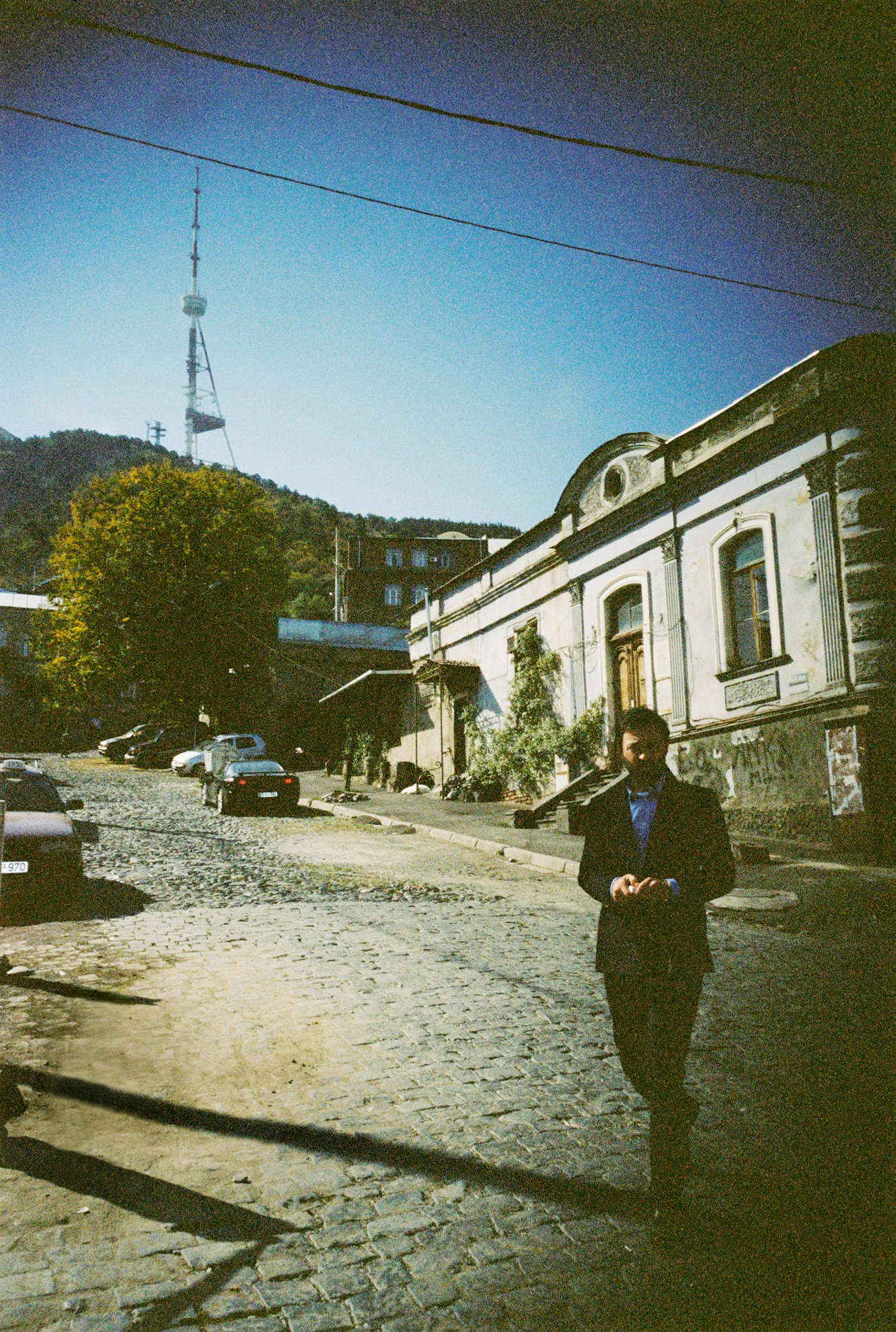 Georgia is a narrow rifle-shaped country. It is surrounded by Russia on one side, and Turkey, Armenia, and Azerbaijan on the other. It is a true confluence of cultures. The Georgian people look, roughly, like a union between Mikhail Baryshnikov, the dancer, and Prince, the musician. Over the years, Persians, Arabs, Turkic peoples, and Russians have ruled the country, resulting in a pastiche of styles. A bathhouse in the north of the city, for example, sits in a former mosque. Georgian culture is alternately Greek, Byzantine, Roman, and Russian. The Georgian language is unique, too—and unlike any other—a rich mixture of aboriginal tongues from antiquity, inflected with influences from the South Caucasus.

Today, there is a fancy bridge in the center of town built by a Spanish architect, but it is mostly derided as a boondoggle. Made of glass and steel, it is shaped like a wave. 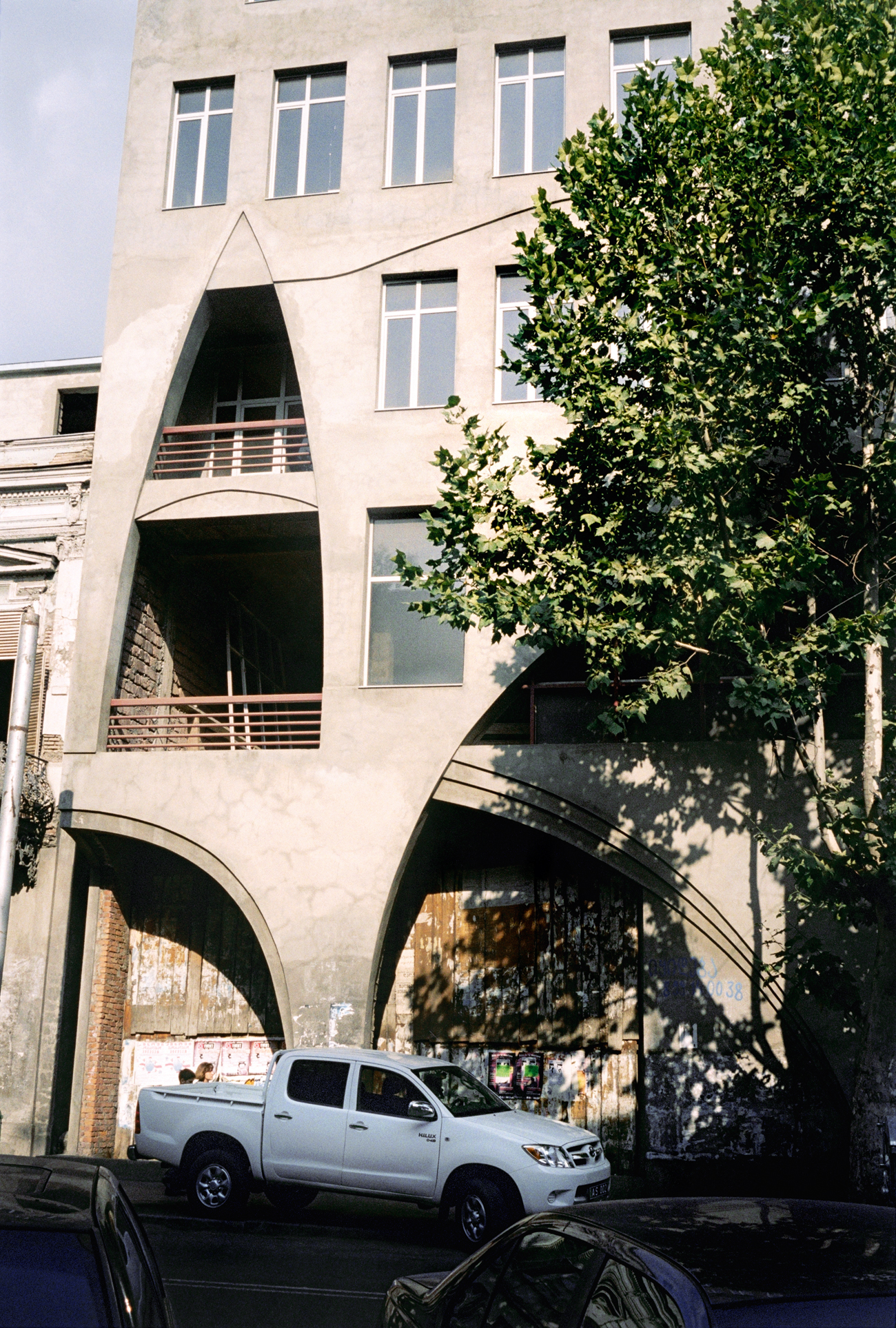 At the peak of its influence, in the 11th and 12th centuries, Georgia was run by a king named David IV, and later, by a queen named Tamar. Tamar was referred to as Tamar-Mepe, or King Tamar, because she was so strong. Since the 19th century, Georgia has had a vexed relationship with the Russians, having been annexed, lost, and then regained only to be lost again with the fall of communism. Its revolution, in 2000, was named after a rose. Mention Russia today and it inspires discomfort. The memory of a border dispute in 2008—what climaxed in a five day war—is burned into Georgian brains. During that conflict, I remember seeing a little girl on television—it may have been on CNN—holding up a sign that read Stop Russia. In place of the S’s were swastikas. As of writing, 20 percent of Georgia’s territory in the provinces of Abkhazia and South Ossetia is controlled by the Russian army.

Tbilisi’s roads are marked by tattered crumbling churches juxtaposed with gleaming office buildings and other fanciful projects greased by American consulting firms. It is almost as if the guiding belief is that the construction of blandly modern buildings will hasten Georgia’s inclusion in the European Union. The resulting effect is strange and vaguely existential, like a mismatched outfit. There is a road in this city, not far from the airport, named after George W. Bush. 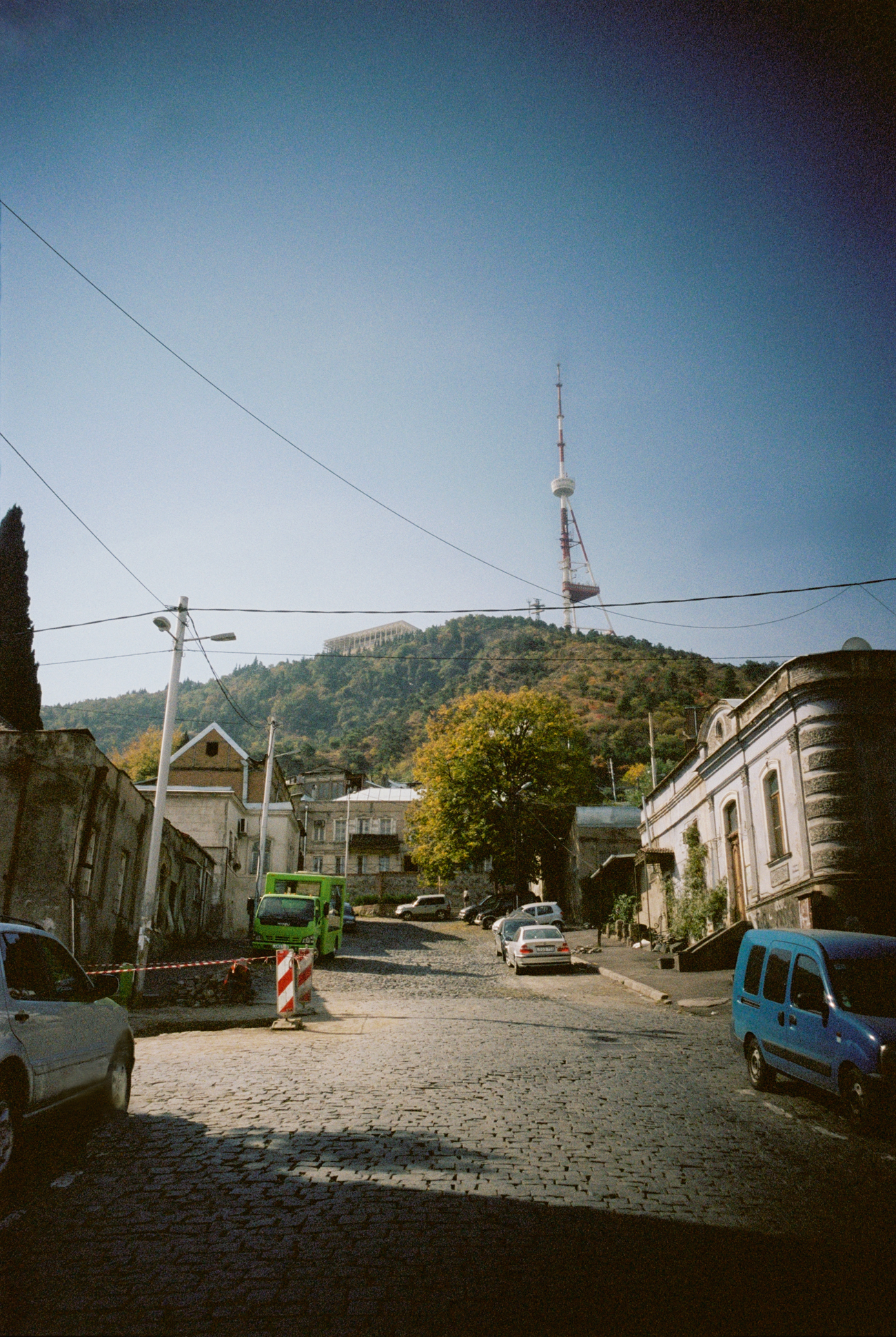 Georgian booze is called “chacha.” Its effect is wondrous and coma-inducing. Fierce.

A baroque puppet show in the national theater.

In the 1990s, Georgian architecture grew eccentric. The civil war was taking place, and while the country was a big mess, there were no regulations. Some people built what looked like space ships. Today, they make for peculiar carcasses.

On the edge of Tbilisi, on a mountaintop overlooking the city, sits a lit-up tower that dates back to Soviet times. It is massive—almost like a telephone station or a means of communing with aliens. Colored lights ring it and at its base is an amusement park. On cold winter nights young people go up there and get high and throw themselves down a long tube slide by climbing over a locked fence. You can hear them screaming as they fall toward the center of the earth.

Serjei Parajonov’s The Color of Pomegranates recounts the tale of the 18th century Armenian poet Sayat Nova. We witness his youth, his discovery of women, and subsequent entry into a monastery. The narrative, though linear, is queer—and presented as a series of staccato, stilted, surreal movements. As if taken from a dream, pages from a book turn magically, sand falls, a rooster crows. There are strange hats throughout. Parajonov, who was imprisoned multiple times for his controversial work, was born in Georgia to Armenian parents. He died in Georgia, too. 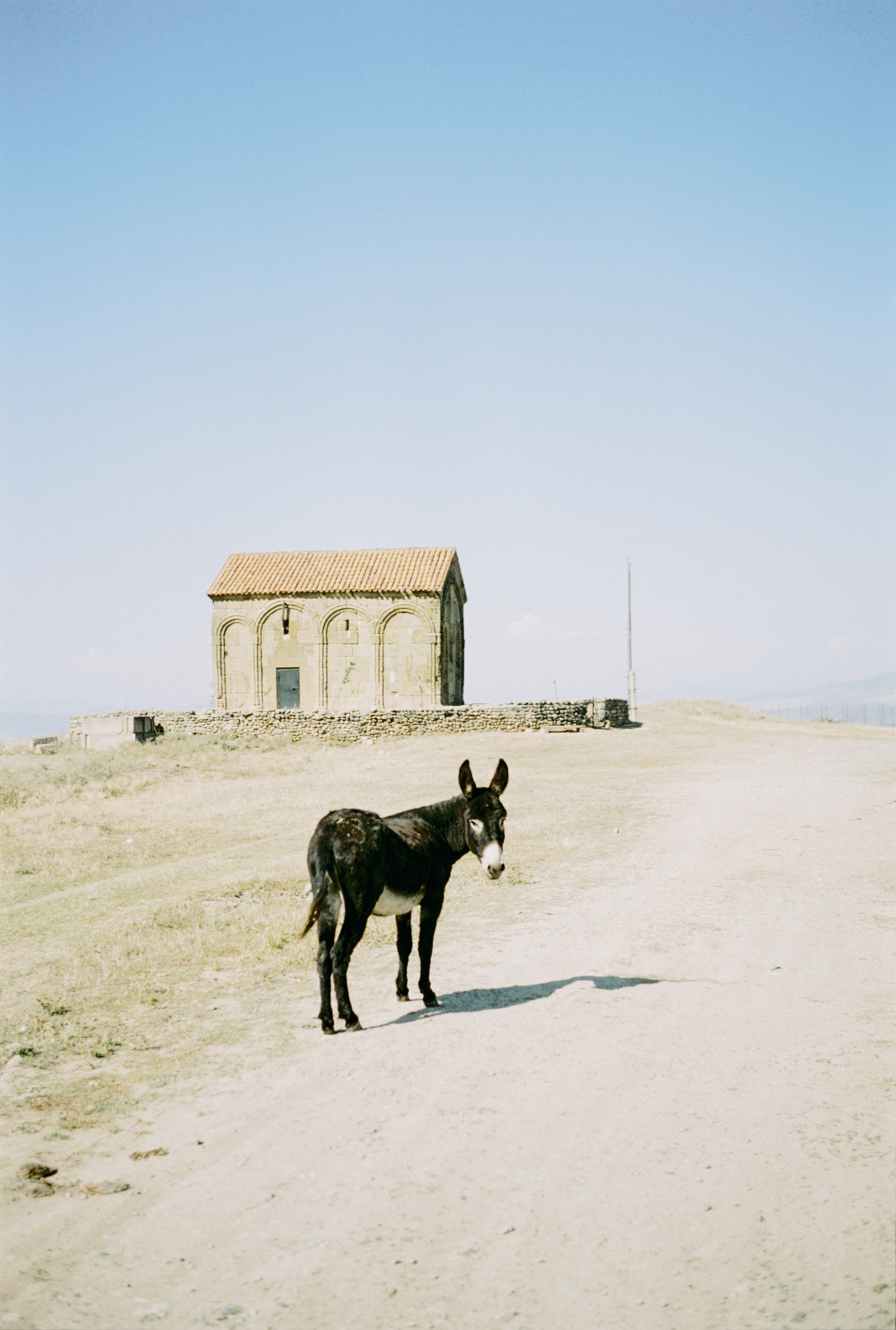 The Georgian wedding lasted twelve hours. Perfumed rouged ladies donned veils, long thin twig candles were lit, and a baby was passed around. It went on for a very long time, and at one point, the priest broke the hypnosis by taking a phone call. The bride, whose silk and lace dress extended up to her chin, and groom, who was in a suit, wore what looked like toy crowns atop their heads—the kind children get at a birthday party and that might last a day at best. According to Georgian custom, the bride and groom are king and queen for the day. A little like David Bowie’s Heroes.