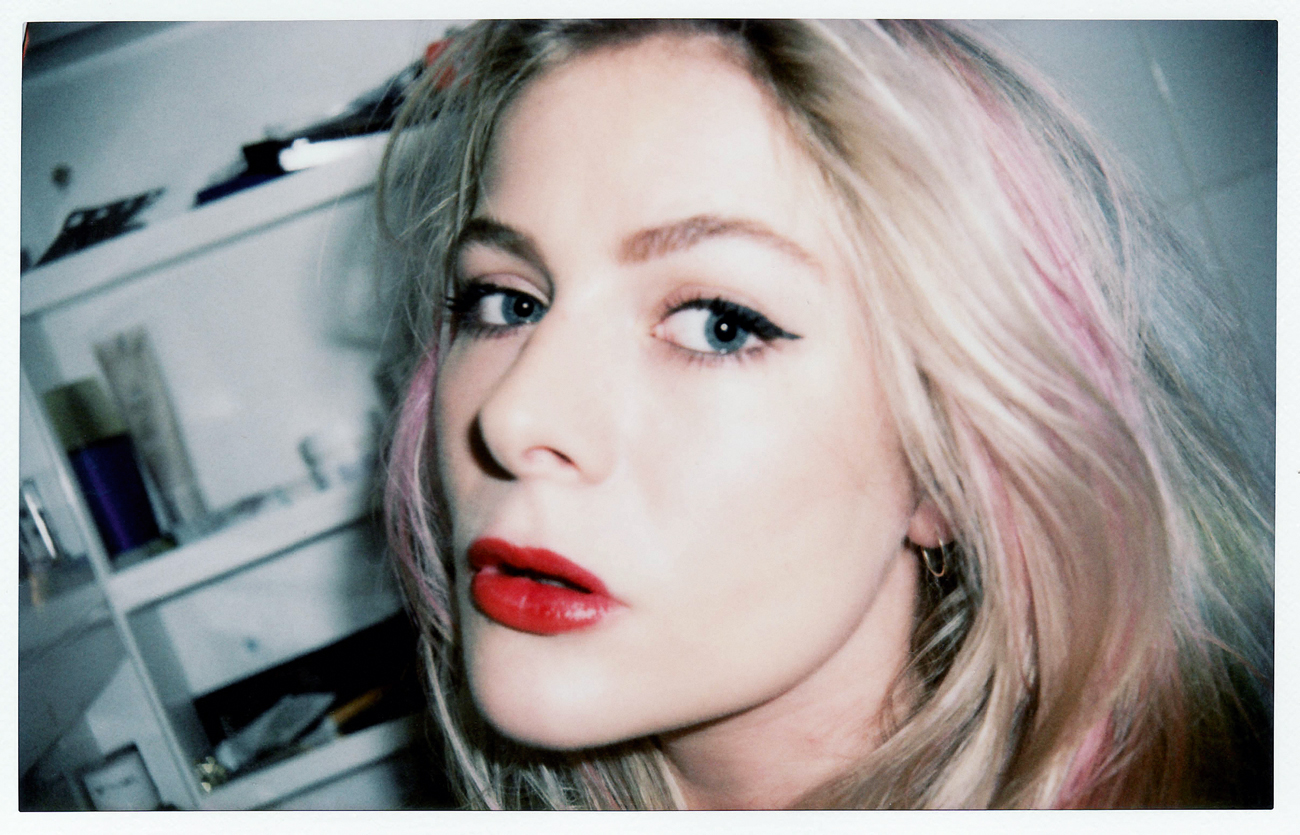 CAROLINE GAIMARI — I heard that you grew up in a magnificent castle in the English countryside.

BELLA HOWARD — I grew up with my mum and sister in North Yorkshire, on a farm at the Castle Howard estate, which was built by Vanbrugh in the 18th century. The house appears in both film versions of Brideshead Revisited. It’s still run by the family. My parents divorced, but my dad still lives nearby — he grew up there. He was on the British Olympic luge team. My mum was a model in the early ’80s, and she was a tour manager for bands like Dire Straits and Gerry Rafferty.

CAROLINE GAIMARI — How did you start taking pictures?
BELLA HOWARD — On my ninth birthday I got a crappy 35 mm camera from a friend. I carried it everywhere, snapping photos of totally random things. The other day I found a set of photos I took of my toys, of my Little Ponies and Barbies — I guess it was my first photo shoot. I was a full boarder at an all-girls school in Yorkshire, so I was isolated from anything that was cool. When I was around 14 I discovered the independent press — magazines like Cheap Date, The Face, Purple, and i-D. Unfortunately, little towns didn’t sell these magazines, so I started making zines as a way of escaping my boredom with school. Zines were my excuse to sneak out of school, see bands and interview them, do photo shoots, write about aliens and conspiracy theories, and get my friends from school and people I met at gigs to participate. With that, I began to feel part of a community, one outside of the ponies and the homework.

CAROLINE GAIMARI — Do you still make zines?
BELLA HOWARD — Yes. Drive-thru is the most recent one. It has stories, anecdotes, and photos from a month-long road trip through America I took with two of my gal pals, Alex Brownsell, who is the founder of Bleach London, and Dot Burns. It came out last September, with an exhibition I did in London. I have no plans to do a new zine, because I have too many other things on my plate at the moment. I also use my blog as a way of documenting friends, shoots, music, artists, and inspirations.

CAROLINE GAIMARI — Do you think blogs and websites could ever replace print?
BELLA HOWARD — I rarely go on the Internet to look at contemporary magazines. I sometimes look at blogs to find reference images, but that’s about it. I have an iPad, but I never use it, except maybe to show my book in meetings. I like buying magazines and tearing out pages to put in my scrapbook or stick on the wall, and I scour eBay for copies of old magazines like Sassy. I’m currently obsessed with the comic Deadline, the birthplace of Tank Girl, who’s an idol of mine. I hope print magazines never make the permanent switch to online. For one thing, I still get really excited when I see my photos in magazines.

CAROLINE GAIMARI — Are you working on a book at the moment?
BELLA HOWARD — Yes, a book of my photos — a large selection of images spanning genres, fashion, documentary, portraits and landscapes. Luv Luv Luv, the company my sister works for, will publish it as the first in a series of books by creative young London people. They’re also making books by the set designer Gary Card and the tattoo artist Liam Sparkes, among others.

CAROLINE GAIMARI — What do you like about living in London?
BELLA HOWARD — My friends, the constant energy and creativity, and the fact that anything is possible. I’ve had a core gang of friends since I moved to London, and I’ve watched them grow and achieve their dreams. But they remain the same fun, positive, down-to-earth people — egos and networking still aren’t that common in London, thank God.

CAROLINE GAIMARI — How would you describe the London nightlife of your generation?
BELLA HOWARD — It comes in stages. Different scenes emerge, depending on the bands. In the six years I’ve been living here, I’ve watched as indie, nu rave, ’60s metal, and ’90s grunge became the thing. Yet the people involved in these diverse scenes remain kind of the same. At the moment it’s all about house parties and hanging out in pool halls and dive bars in and around Dalston and Peckham. This will probably soon change. London nightlife changes fast, but not as fast as it does in New York. I wouldn’t say that partying is an inspiration for my photos, but a lot of my favorite portraits and shots do tend to be taken on nights out, when people are more relaxed, more themselves — and drunk. I try to recreate this energy in my other shoots, although, in general, that’s up to the model or person I am shooting.

CAROLINE GAIMARI — You’re also a DJ. Are you ever afraid that your double life might adversely affect your photography career?
BELLA HOWARD — I want to be taken seriously as a photographer, and I don’t think that my having more than one passion should affect how people look at my photos. I love taking photos, but I also love music, dancing, and having fun. Likewise, I don’t want to pigeonhole myself as being purely a fashion photographer — I also love taking landscape pictures, portraits, and shooting odd bits and bobs that I see.

CAROLINE GAIMARI — Which photographers sparked your interest in photography?
BELLA HOWARD — The first photographer I really got into was Mario Testino. He used my mum as a model in the early days of his career. I first became interested in fashion stories looking at her portfolio of images. Then I discovered Juergen Teller and Wolfgang Tillmans. I much prefer their aesthetic. I liked the realness of it, the way you could pick up on their personalities, and the fact that the clothes weren’t the most important part of the image. I also love William Eggleston and Nan Goldin.

CAROLINE GAIMARI — Who are your favorite contemporary artists?
BELLA HOWARD — The film director Gregg Araki is a total genius. I’m obsessed with his films — The Doom Generation and Nowhere, in particular. I wish that his films were real, that everyone looked like his characters — that life was actually like that.

CAROLINE GAIMARI — Who has been your favorite subject?
BELLA HOWARD — Debbie Harry. She was such an icon for me when I was growing up. She’s a bit old and grumpy now, but she’s still the Queen of Cool.

CAROLINE GAIMARI — What cameras do you use?
BELLA HOWARD — A Contax g2 and my Polaroid. And I always have a Yashica t4 or a Ricoh in my handbag.