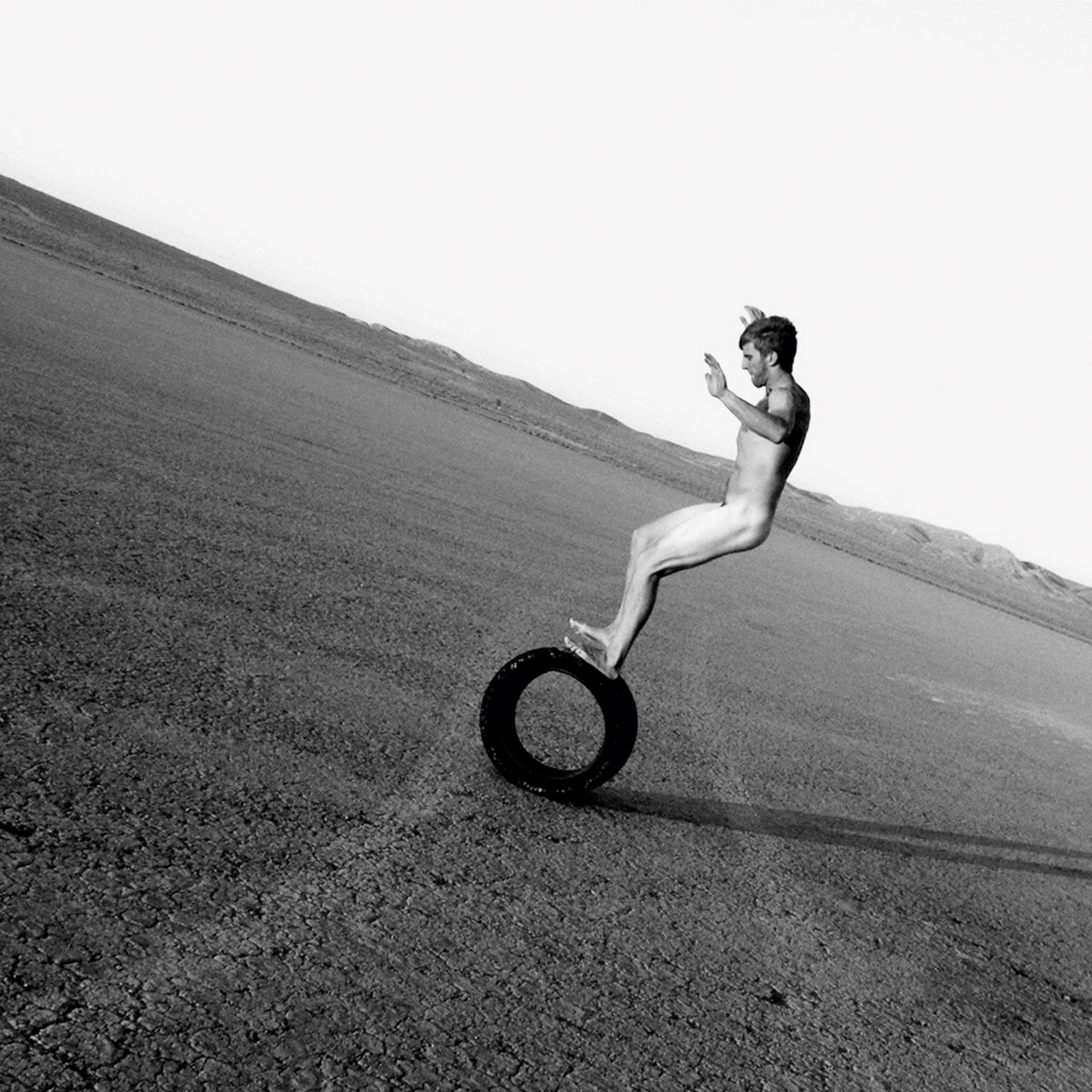 During his travels here and there, Jeremy Everett buries pictures in the ground. After certain periods of time, he digs them up. This process helps him make what he calls “decay drawings.” He also submerges newspapers and magazines in chemical goop, transforming them into crystalline-looking pillows. He hand-rubs sheets of vinyl with printer’s CMYK color to make varieties of wall hangings. “Buried Sky,” Everett’s solo exhibition at Andrew Edlin Gallery, and his pieces at Terence Koh’s ASS (Asian Song Society) brought together all of his various formal processes into what might be called a transcendent earth art, in which earth and chemistry transform varieties of sheets. But there’s a streak of tragedy in Everett’s art, relating to the hard-core immersion of these sheets, which achieve a chrysalis-like transcendence. At least, that’s what the title “Buried Sky” suggests. The objects become remnants of their former selves, forcing their viewers to conjure up new interpretations.

JULIANA BALESTIN — Why and where do you bury drawings?
JEREMY EVERETT — I’ve buried a number of “decay drawings” in California, Colorado, New York, Paris, and Berlin. I bury them when I travel to these places and dig them up whenever I return. It’s a way of confronting time, which also provides me with ideas for the paintings that I’m working on in the studio. Burying images in the ground lets me explore a different kind of abstraction and a different visual vocabulary — through the removal of an image and the reduction of the colors. It’s also a way of forgetting what I know and to reach toward a kind of drawing composition that can never be repeated. Yet it’s something I do repeatedly. I did a study by altering the ink on the front page of a newspaper. The drawings are made over an arbitrary length of time, depending on when I bury them and when I dig them up. During that time, the colors are distributed by a natural development in the earth.

JULIANA BALESTIN — What are you working on now?
JEREMY EVERETT — I have a project based on a ghost town, one situated by an abandoned marble mine that provided the stones for almost all the major monuments and headstones in America. It’s like a natural defect. I’m also putting together a collection of writings about my studio, written by an art critic, a priest, a car salesman, my mother, etc. They’ll be part of an ongoing series of books that document current studio work and processes.

JULIANA BALESTIN — You choose materials that contradict what they represent. For example, you made a pillow out of plaster. Is one thing meant to confront the other?
JEREMY EVERETT — Ideas go forward and backward. Materials challenge my way of seeing objects. I’m interested in materials that resist each other, that produce marks and create conflicts. I cast a pillow in marble dust and then broke it, which took away any illusion, in order to make something tangible physically impossible — a soft object that’s broken. A familiar object becomes a visual dilemma.