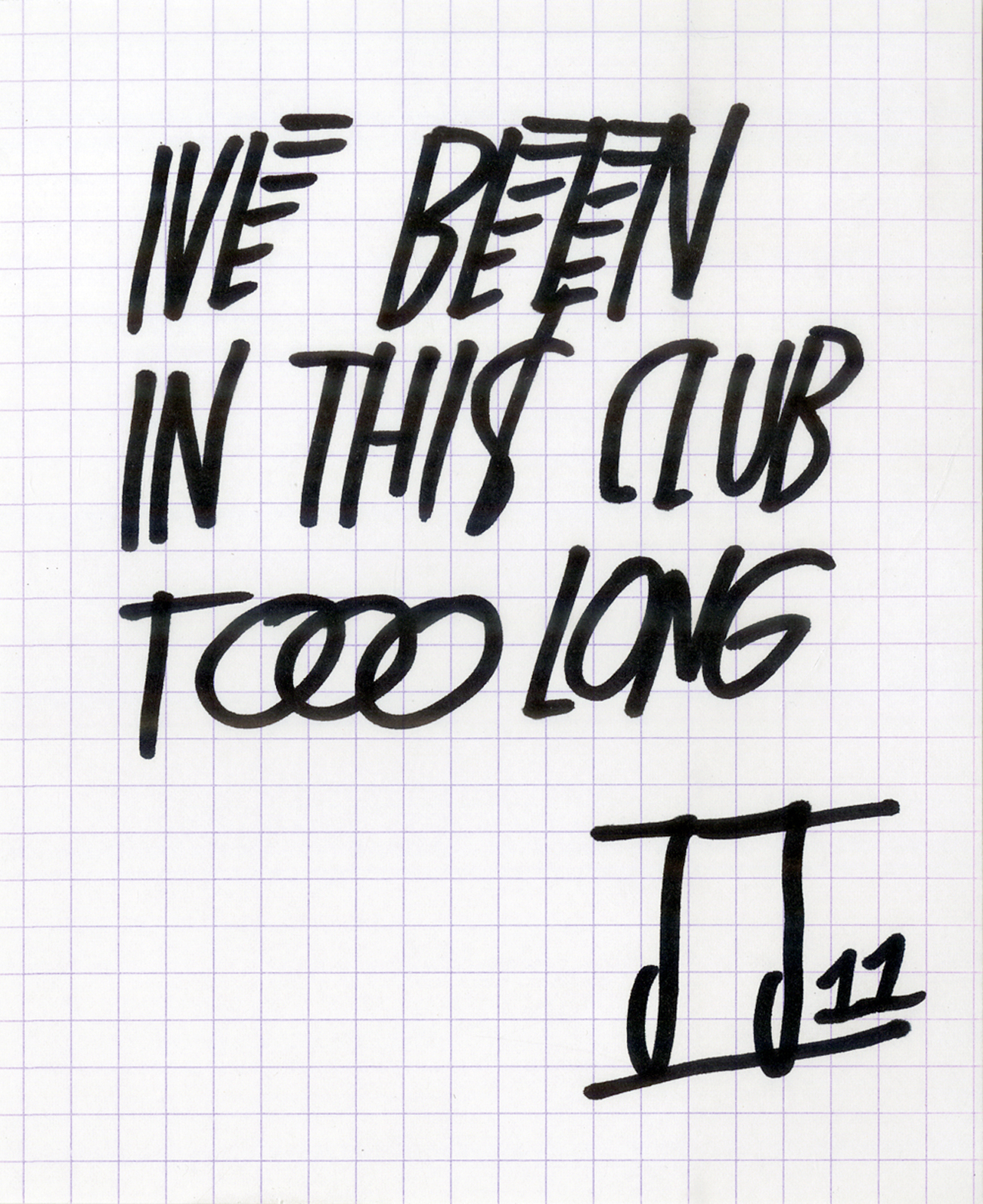 I met Jim Joe on a winter night in New York City. I was meeting a friend at Mars Bar to catch up, and he walked in with a guy I didn’t know. He introduced the guy as Jim Joe, and we all started doing double shots of whiskey. We were interested in the drawings of dogs someone had made on the wall. We thought whoever did them must be cool.

After that, we went to another friend’s place to eat and hang out. We talked about rappers, then left to go to another bar. On the way there, Jim Joe went over to a lamppost and wrote something on it. I remember thinking that he did it really quickly. Then I realized what it said, and I looked at him. I think he knew what I was thinking, so he said, “Can you keep my secret?” Then he wrote on a wall, a trashcan, and a doorway.

At the bar we got even more wasted. We talked about photography and art and art school and women and then we left for another bar. On the way, Jim Joe slipped on some ice. He had his hands in his pockets so he couldn’t brace himself against the fall. Both legs flew up — higher than his head, comedy-style. But he just got up, and we all laughed hysterically. That’s all I can remember about that night.

A few days later, I looked for the trashcan to see what he’d written on it, but it was gone, and the wall and the doorway had been painted over. Jim Joe recently showed me some of his new paintings and drawings: pure raw talent. He said that he doesn’t want to mix his art with what he does on the street. But if he ever does, people will definitely notice.