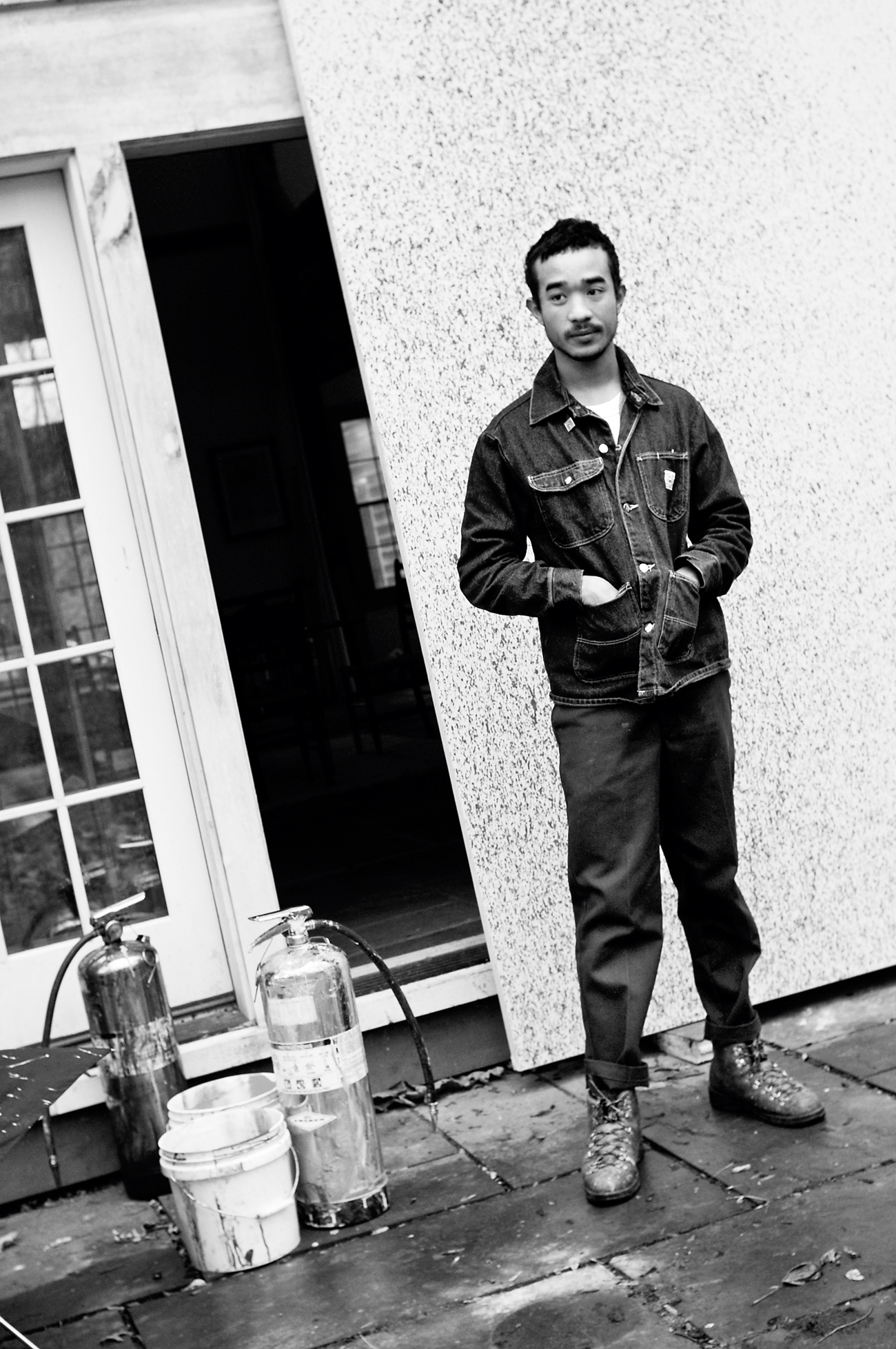 BILL POWERS — Let’s begin by telling our readers where this interview is taking place.
LUCIEN SMITH — Sure. We’re in Claverack, New York, a small town just east of the Hudson River. Population: 2,000. When I was attending college in New York City, I would visit friends of mine at Bard College, which is just up the Hudson, not far from here. After I graduated I knew I needed to remove myself from the city in order to really focus. Painting up here allows me to work on a larger scale. In the city I couldn’t make paintings outside, for example, which is something I can do here.

BILL POWERS — When did you first become interested in contemporary art?
LUCIEN SMITH — It was when I saw the Matthew Barney exhibition at the Guggenheim, which was quite a while ago. It might be the first contemporary art exhibit I clearly remember seeing. My parents always forced me to look at art, and they made sure I drew and painted because that was my alternative to reading. A high school teacher of mine, Mrs. Bouse, turned me on to the works of Ed Ruscha and Robert Gober. When I was a freshman at Cooper Union, I emailed Dan Colen’s studio, the address of which I got from the tinyvices website. I didn’t expect a reply, but Dan responded. The experience of visiting his studio blew me away. There was a big painting of birdshit, some gum paintings, and two candle paintings. I’d never seen anything like it. Shortly afterward I started interning for him. I learned more from being in Dan’s studio than I ever learned at school.

BILL POWERS — How did you come up with the name “Imagined Nostalgia”?
LUCIEN SMITH — I was taking a course on European tourism. They had us read a book called The Tourist, which is where I first came across the term. It discussed a marketing ploy for selling people fake nostalgic retreats. For example, travel agencies used the log-cabin vacation as a throwback to childhood memories of things that never really happened. When Jack and I did our show we decided to cite cultural points that peaked before we were born, so there were references to BMX bikes, Winnie the Pooh, VHS tapes, comics, this couch — stuff from the generation right before ours. We referenced kids in John Hughes’s movies, which we regarded with an outsider’s point of view.

BILL POWERS — How did your rain paintings come into being?
LUCIEN SMITH — The rain paintings are a result of my being upstate and wanting to make paintings using a tool — in this case, a fire extinguisher. I was thinking about cheesy love-story stuff, like Julia Roberts in My Best Friend’s Wedding. I wanted to take some of the emotional experiences I was going through and dumb them down by using titles like Goodbye Is Too Good a Word. Making a joke of it was my way of dealing with what I was going through. When I was looking through comics, I’d run across the same image of characters trapped in the rain. It’s like a universal symbolic image of being sad and alone. I incorporated it into the paintings. At the time I was thinking a lot about Brice Marden, Morris Louis, and Pollock. The rain paintings were shown in London a few months ago in my “Needle In The Hay” exhibition. The original concept was to have bales of hay obstructing the paintings, preventing people from getting a good look at them. But the joke was on me because I really wanted everyone to see them.