Mai in the Amazon 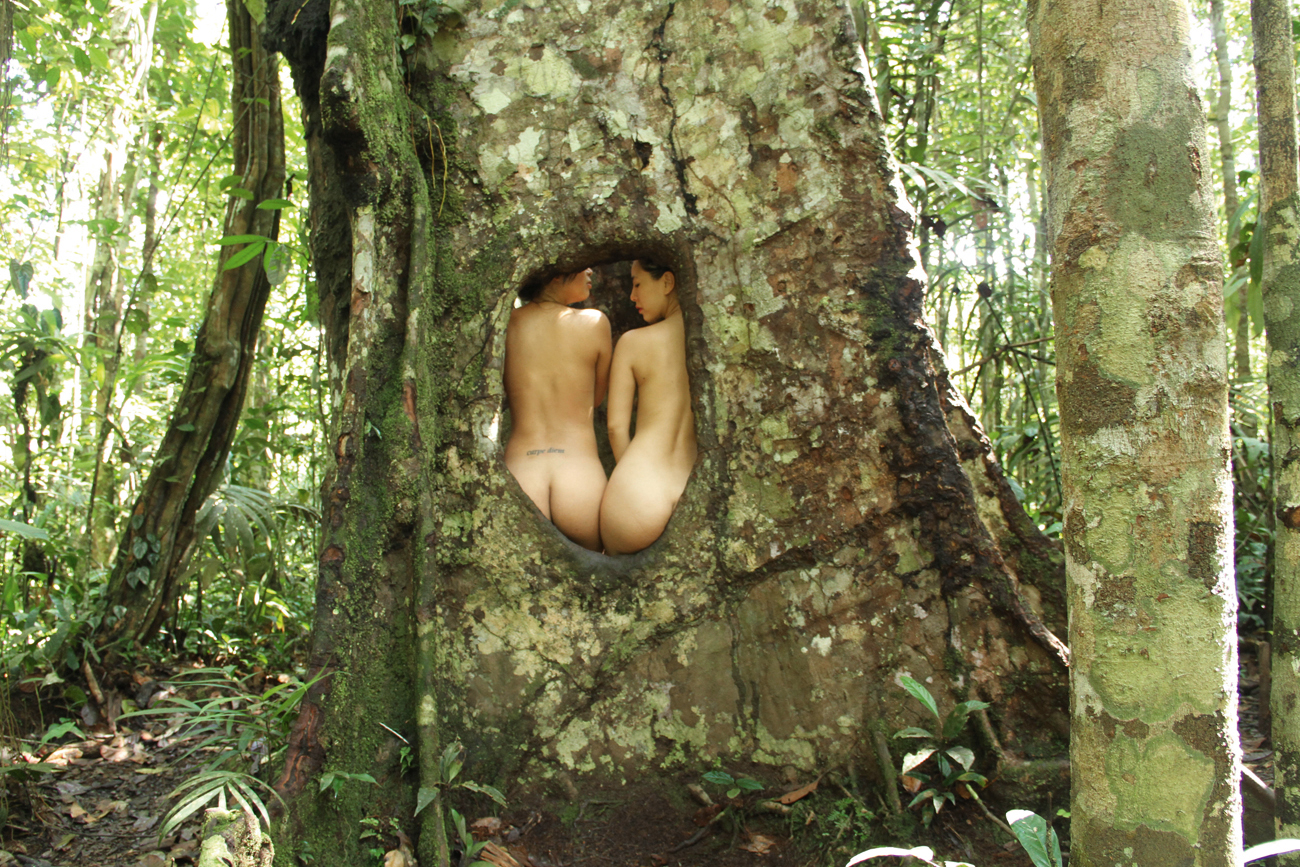 text and photo by MAI UEDA

I was in Bogota, Colombia, last summer, feeling cold. My friend Yuko Torihara, meanwhile, was in Ecuador. She was planning on visiting the Cuyabeno Lodge in the Amazon National Park. I asked her if it was warmer there. She said that it was, so I went and joined her in Quito, Ecuador’s capital.

Yuko and I took a small airplane from Quito, then a one-hour bus trip to the Amazon River, and then a two-hour motor-canoe ride through the rain forest. Our Panama hats were destroyed by the humidity, and our fingers became as wrinkled as if we’d sat in a bath for too long. But our adrenaline was pumping for our new adventure, and as we pressed on we started singing little songs we made up. Right before we arrived at the island where our hotel was located, two pink dolphins greeted us — they’re pink because of the water quality. Our room had no door or windows. We slept under a canopy of stars, listening to the insects and animals.

The next day we fished for piranha, swam with coelacanth, fed chickens to crocodiles, swung like Tarzan on jungle vines, and took nude photographs at the equator. I asked our guide about the Yage (Ayahuasca) ceremony. [Yage is a legendary hallucinogenic brew.] Tourists aren’t usually allowed to join in, but I had attended ceremonies with different shamans in Colombia, and I knew the rules and the risks — and, of course, the benefits. We were introduced to a local shaman who agreed to let us participate.

The ceremony is aesthetically beautiful but very macho — only the men of the village took part. It felt like being with American men, watching football and drinking beer: just being guys. We felt a bit out of place as we tried to take in the visual effects and the amazing energy. It was cold and dark and scary, butts were flying, and tarantulas were crawling everywhere. I was awakened the next morning by a caterpillar’s kiss. Yuko and I both had a lot of insect bites and were lucky not to have caught malaria.