from chaos to cosmos

from chaos to cosmos

We use the words “chaos” and “cosmos” as if they were a given, as if they have always been here, and we have always known what they mean. And yet the genesis of these words — and of their different significations — is mysterious and still very much debated today. Before cosmos, there was chaos. Both notions are antithetical in nature: cosmos comes at the time of the rationalization of the world, in the fifth and fourth centuries BC. It is tightly connected to the birth of geometry and philosophy, while chaos comes from an entirely different framework: mythology and much earlier accounts.

Chaos and Cosmos represent the ways of the world, but in two very different manners: chaos is primarily etiological — it relates to an attempt at explaining how the world came to exist — while “cosmos” is used as a way to describe the world as it is. Chaos was in the past, cosmos is in the present. Chaos was not separate from the world — it was the world prior to the world — whereas cosmos is a framework of the world we live in, and some would argue it is separate from our daily life.

Hesiod, the second major poetic voice of Ancient Greece after Homer, is believed to have been active between the eighth and seventh centuries BC. He is the author of The Theogony, which describes how the world appeared. In the very beginning, prior to the apparition of the gods, was Chaos, whose name comes from the Greek verb khainein, meaning “to separate.” The word is commonly understood to signify “emptiness,” “abyss,” “void.” Hesiod uses it to qualify both a state of the world and an entity that does not necessarily have anthropomorphic features. “At first Chaos came to be” (Theogony, v. 116).

The next part is unclear: either Tartarus, Gaia, and Eros came next, or they came from Chaos. Tartarus later becomes a place in the Underworld, and Gaia is the Earth, while Eros is Desire, a Force of Life. Of the three, Eros will be the most clearly integrated into mythological narratives and granted human features, notably in the depictions of Cupid in art. But from Chaos itself, writes Hesiod, comes Erebos, which is also designated a place in the Underworld, and Night (Nyx). From Night come Ether and Day, conceived through her closeness to Erebos. From Gaia comes Uranus, the Sky; Gaia, through her closeness with Ouranos, produces the Titans and, finally, Cronos, who famously will go on to devour one of his children and be defeated by his son, Zeus, the king of gods.

The Theogony is a narrative and genealogical-based account: it goes from one generation to the other and can be linked to the anthropomorphic structures that fueled Western iconography. However, the specificity of Hesiod’s text lies in its refusal to be limited by anthropomorphic features: a level of abstraction separate from human life is inherent in his descriptions. Gaia, Eros, Tartarus — followed by Erebos, Night, Ether, Day, and Uranus — could each be considered a part of the universe: Earth, Force of Life, Underworld, Night, the part of the sky closer to the Earth (Ether), Day, Sky. Hesiod describes the structure of a world preexisting the gods themselves, and in which even they have to fit into. Cosmogony predates theogony, even though both are, in Hesiod’s narrative, embedded the one within the other.

The notion of closeness (philotes in Greek) can be used to describe the act of making love, but it also signifies the force of attraction between two entities that are not necessarily human or conceived according to a human structure. Such is the ambiguity of Hesiod’s Theogony: the entities he describes are not necessarily mythological; they do not belong to a world of gods and goddesses—the very world Plato will come to criticize. They are components of the architecture of the world the gods lived in, and in which we, too, have come to live.

Let’s take them at face value and translate them into our own language. First came a space of separation from what was before (and here we are quite close to our own Big Bang theory). This was either immediately followed by, or generated, the two sides of the world: the Overworld (the Earth, Gaia) and the Underworld (Tartarus). Those two sides, contrary to what will later be voiced in Christian accounts, are not designed for humans — in particular the Underworld, which will become Hell — but they are places. Eros, translated as Desire, characterizes the force that embodies the attractions of the universe (hence the possibility of closeness once Eros exists). Once these elements are set, the rest of the world can be completed. Only then is it possible for the gods, and subsequently humans, to appear.

A lot of reasoning and architectural thinking goes into this structure. Although often referred to in the term “cosmological,” the word “cosmos” does not yet appear. Prior to the fifth century BC, and later still, it signifies something that has been set in order, and therefore “order” itself. It is later used to describe the many forms of an ordering, such as make-up — as in “cosmetics.” The origins of the word “cosmos” as a description of the universe have been fiercely debated. Authors from later periods (from the beginning of the Christian era) attributed its origins to [the philosopher] Pythagoras and the concept of “an overarching order of the world,” an “organized whole,” that would at once be above us and contain the architecture of our lives.

Others linked it to Empedocles, who would have thought of “cosmos” in the plural — with not one order, but several orders existing concurrently. It has also been attributed to Anaximander and Heraclitus. All four — Pythagoras, Empedocles, Anaximander, and Heraclitus — are major figures of what is known as “Pre-Socratic philosophy,” preceding Socrates and, of course, Plato. Xenophon, a contemporary of Plato, says that “cosmos” was named by the “professors” (“sophists”) as the place governed by “the rule of the heavenly objects.” Nonetheless, it is Plato who — particularly in the Timaeus, a dialogue considered to be from his later period (in the second quarter of the fourth century BC) — uses the phrase quite frequently in that sense, and even appropriates such a use of the word (“what we call cosmos,” he says), with it serving as a cornerstone of the cosmo-philosophical theories specific to his later period.

In the various texts provided by the tradition, several uses of “cosmos” are to be found: according to Favorinus of Arles, Pythagoras used the word for “what we call the sky,” and he immediately connects it to Pythagoras’s first account proposing that the Earth was round. Plato’s writings manifest shifts from a use of the word that signified “heaven” (as in the Pre-Socratic period) to another use in which it became a model for metaphysical order, for “totality.” The notion is quite fluid, and both uses appear throughout his writings; Plato oscillates between the two, and one cannot consider his notion of “cosmos” without taking into account that it includes the sky, order, and totality.

Even when Plato evokes the demiurge, the godly figure who made the world, he does not mention the concept. The “cosmos” is the world as it is, placed in a perspective that is metaphysical. But the very fact that it would bring into coincidence the three notions of the sky (hence astrology), order, and totality have been crucial to Western tradition: in any moment of our life, there is an underlying order in the sky that structures the totality of the world. It is not random that such a notion appeared right at the moment when mathematics was developing in the Ancient Greek world, and through the very thinkers who shaped mathematics and geometry: Empedocles, Pythagoras, and Plato.

Today, 2,500 years later, we cannot help but be struck by how right they were. Hesiod conceived the earlier notion of the Big Bang hypothesis, the conception of the world, and even the rules of attraction. The theorists of the “cosmos” — albeit opening up to a different tradition — paved the way to understanding that there is no separation between the components of the universe and that our existence on Earth is governed under rules that come from another, mathematically structured world. Whether it was mythology before mythology, or philosophy before philosophy, both modes of thinking complete one another. And now we can read these stories not as stories, but as guides to the understanding of our world. 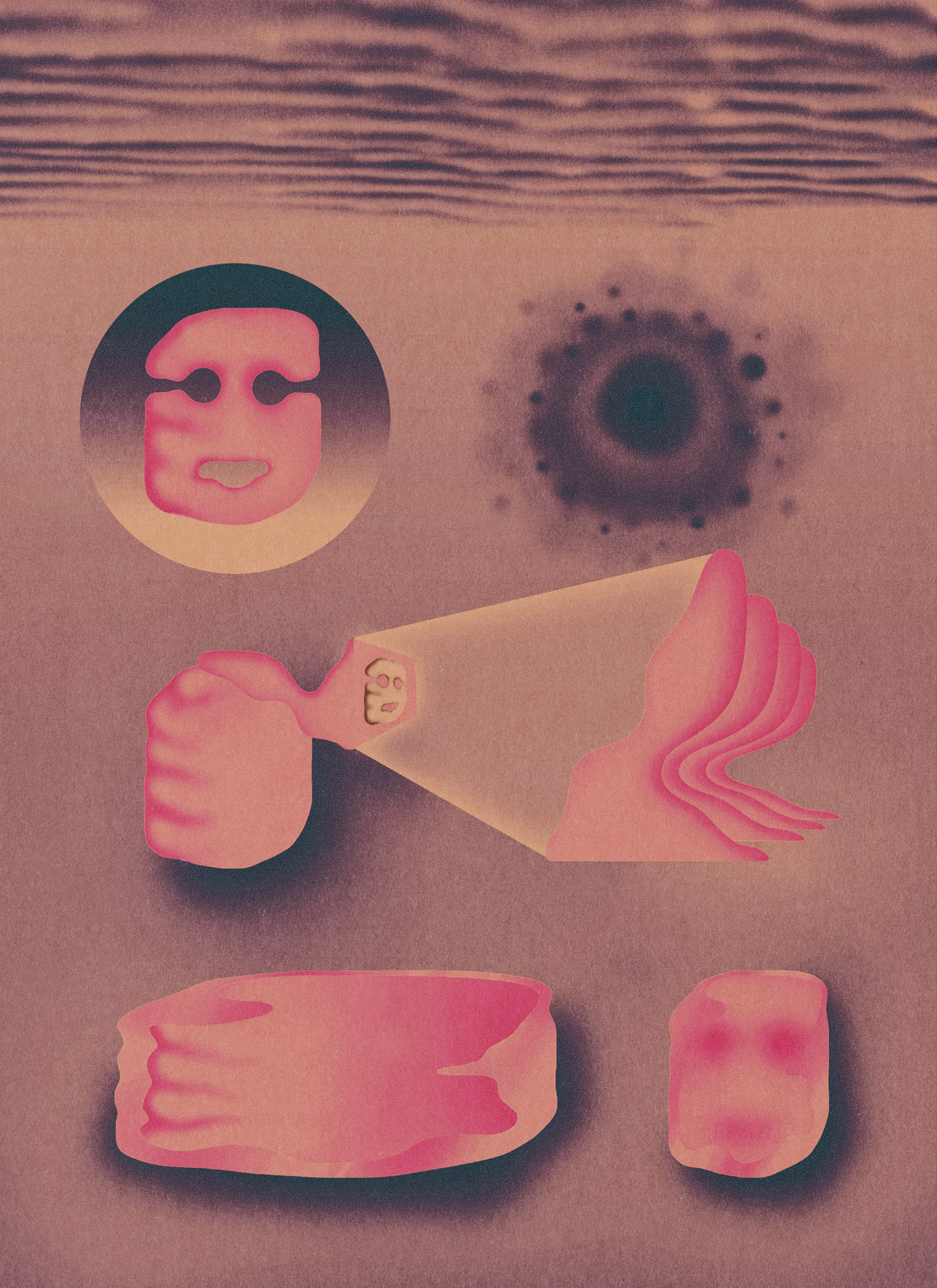